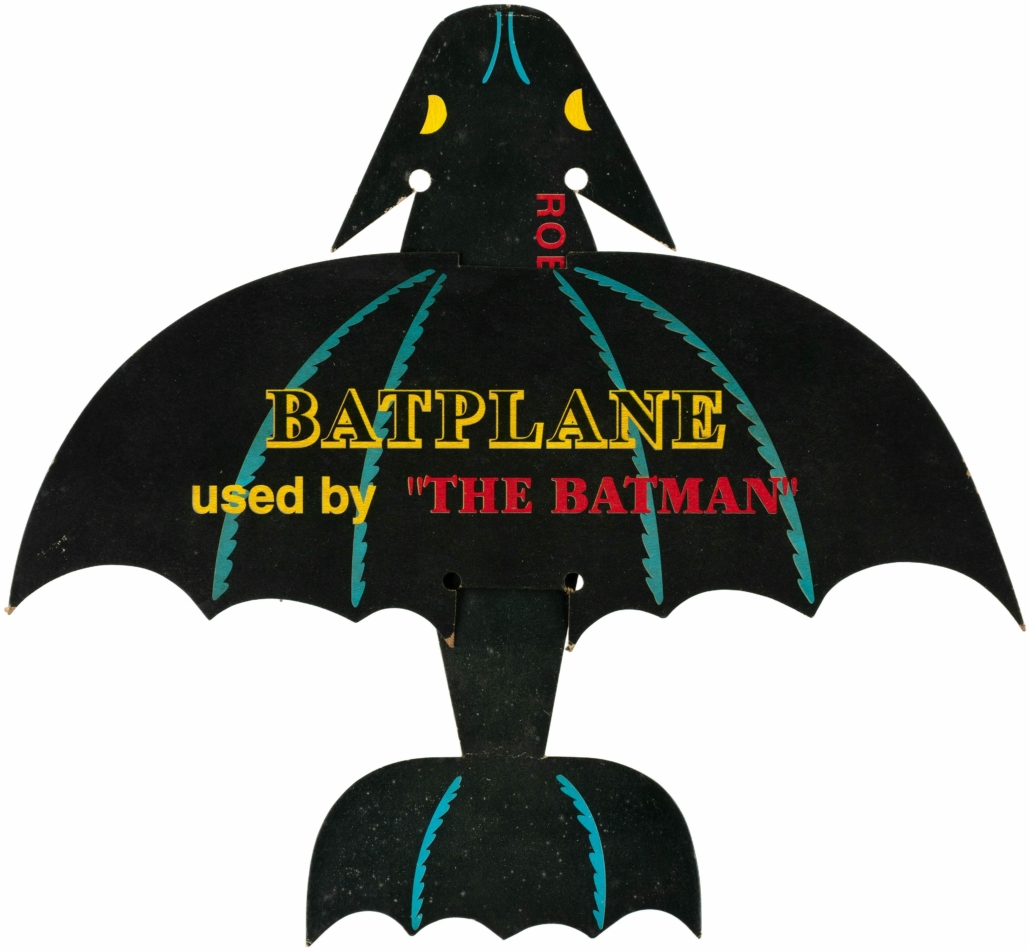 A cardstock Batman Batplane, created as a premium to promote a 1943 film serial, sold for $22,000 plus the buyer’s premium in February 2021 at Hake’s Auctions.

NEW YORK — While toy lines come and go, those for superheroes tend to have a long shelf life. Of all of them, Batman, aka the Caped Crusader or the Dark Knight, is one that holds the attention of all ages.

Starting with the 1960s TV series, there have been multiple Batman TV shows and movies. Collectors tend to target what they played with as children. Generations who grew up enjoying tales of Batman seek the superhero merchandise they coveted during childhood.

Tommy Sage, Jr., Head of Toys & Trains at Morphy Auctions in Denver, Pennsylvania, was one of those kids. As a boy, he watched reruns of the 1960s TV show starring Adam West as Batman, and had some of the licensed toys. As an adult, he began collecting in earnest. His first major purchase was a Batman auto display in mint condition in its original box. “Sometimes you have a really old toy that is like a hundred years old and when you go somewhere [i.e a toy show] one or two people will ask about it, but you put out a 1960s Batman piece, and you will have 20 or 30 people ask about it,” he said. “Batman is such an iconic character … and they are keeping it alive with all the new movies. Since 1999, in the last 22 years they have made a bunch of movies so it’s kind of like Star Wars where they just keep that alive.” 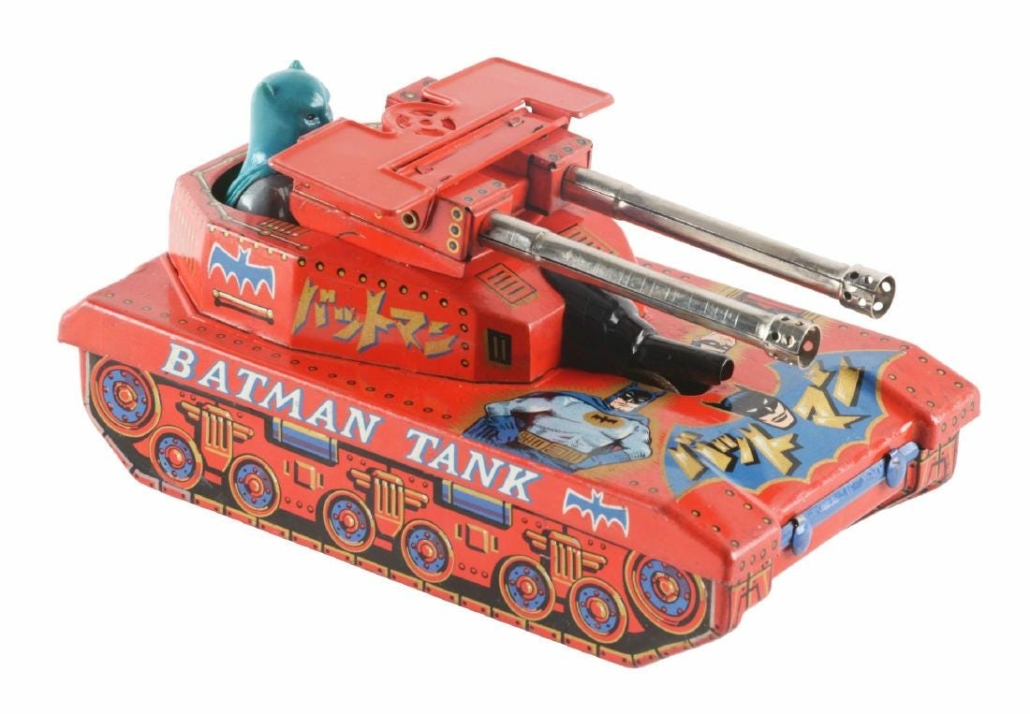 The Batman media franchise is one of the highest-grossing and longest-lived, encompassing television, film, comics and video games. This dominance and resilience would be much harder to maintain if the fundamentals of Batman’s story weren’t strong. The tale of a rich kid who watches his parents die at the hands of a mugger and later uses his family money to build an arsenal of flashy tools and technology that transform him into an avenging superhero is a tale that lends itself to fresh interpretations.

While the 1960s show only ran for three seasons, it had a long afterlife in reruns. The 1990s brought Batman: The Animated Series, and later in the decade, there was another animated series, The Batman. A bevy of A-list movie actors have donned the iconic black cape and cowl to play Batman, from Michael Keaton and Val Kilmer to Christian Bale and Ben Affleck. In 2022, Robert Pattinson will join their ranks. 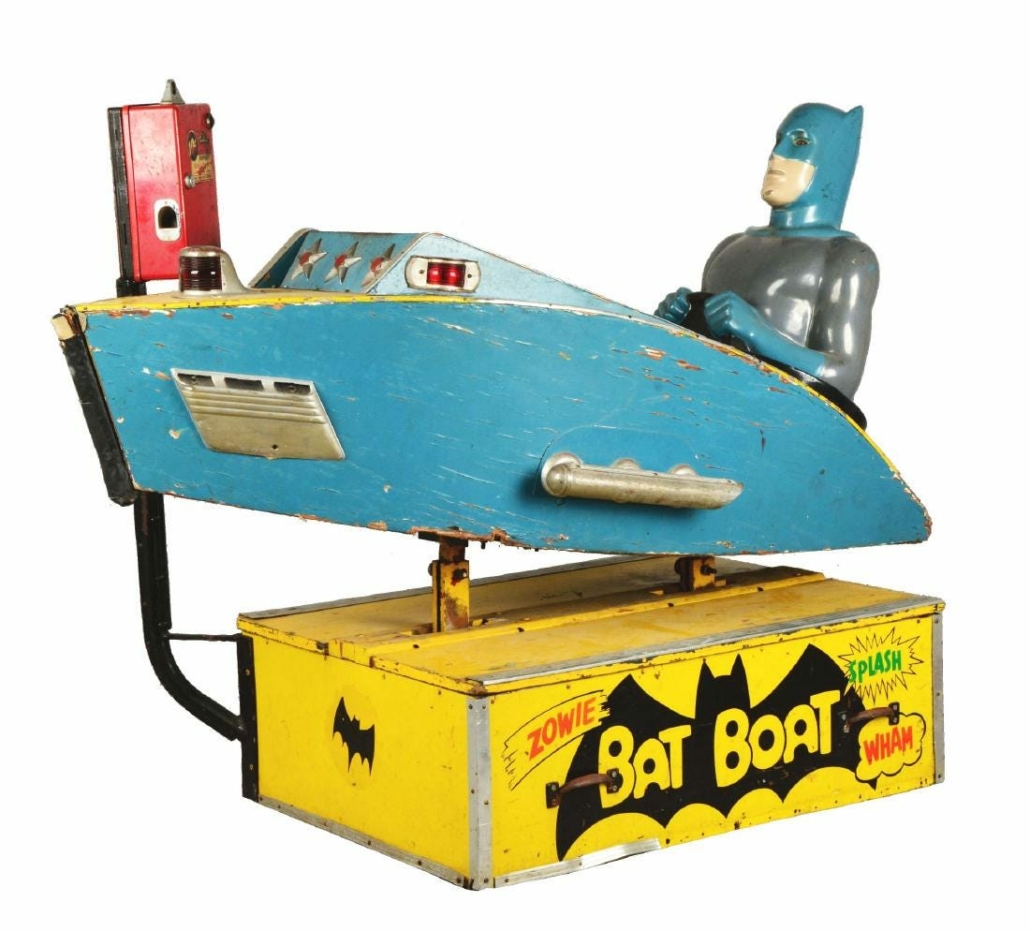 As with any collectible, there are all types of ways to collect. Some take a broad approach, scooping up anything Batman-related, while others gravitate to subcategories, such as  figures or paper. Batman toys from the 1950s and 60s are among the most desirable, and those that are “mint in package” (MIP) or “mint on card” (MOC) are more highly prized than those that have been removed from their packaging.

The volume of Batman toys and merchandise produced ensures there are plenty of items to choose from. “I collect mostly the toys: wind-up toys, battery-operated toys and there are a lot of figures (that come with the vehicles),” Sage said. “They probably marketed Batman more than anybody. I can’t recall any character that they made more of in the last 50 or 60 years than Batman. It’s almost impossible to collect all the Batman stuff. I’ve literally had a couple hundred things over the years.” 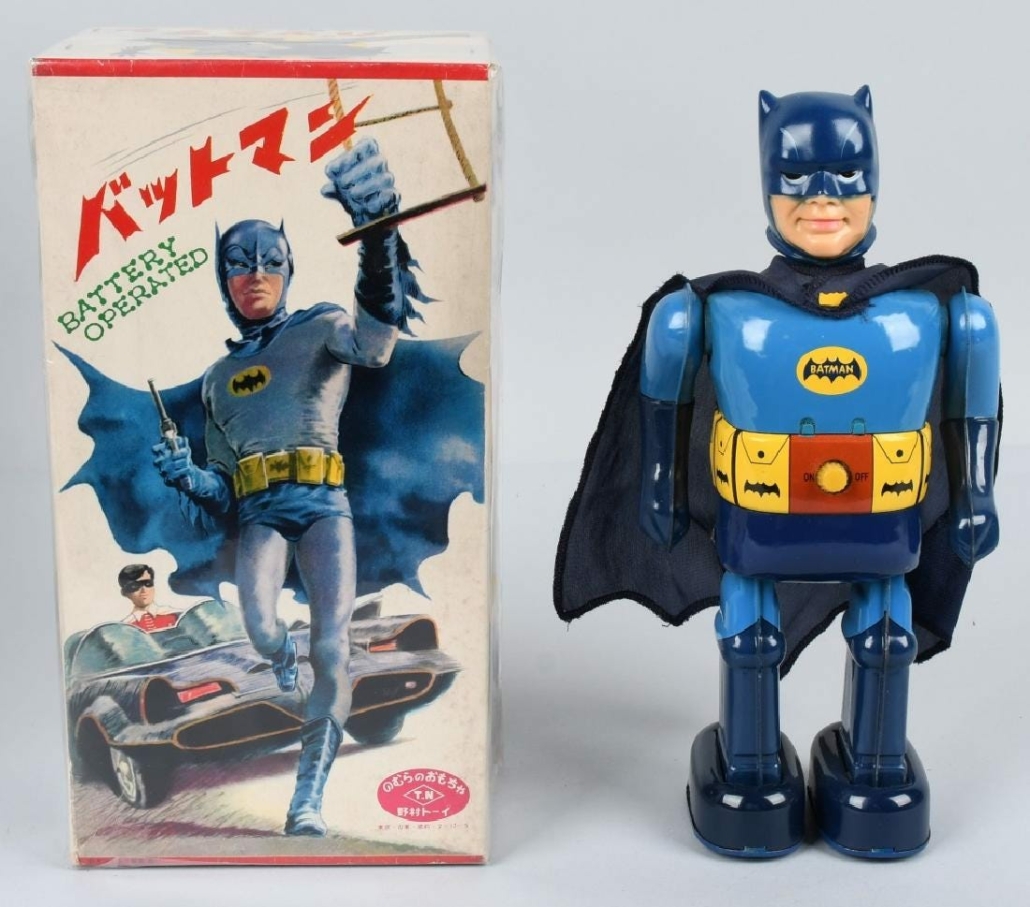 A Japanese-made mint/boxed battery-operated Batman walking toy sold for $14,000 plus the buyer’s premium in October 2018 at Milestone Auctions.

While Superman probably has only had a half dozen iterations of toys, there have been many for Batman, including vehicles, figures, walking toys and gadgets. One of the most sought-after Batman items is the official Batman Utility Belt that was made by Ideal in 1966. It came with what the packaging called a “complete set of crime fighting equipment,” including a Bat-Rocket Grenade, Bat-Rope with grapple claw, a Bat-Storage Pouch, a Bat-A-Rang, a Dummy Transmitter, a Bat-Signal Flash (a small battery-operated flashlight), Batt-Cuffs, a Bat-Gun Launcher, and a Batman Message Sender (a dart for the gun). Describing the utility belt as one of the Holy Grails of Batman collectibles, Sage said, “I have had them but to find one like perfect mint with everything on it is probably about $15,000.” 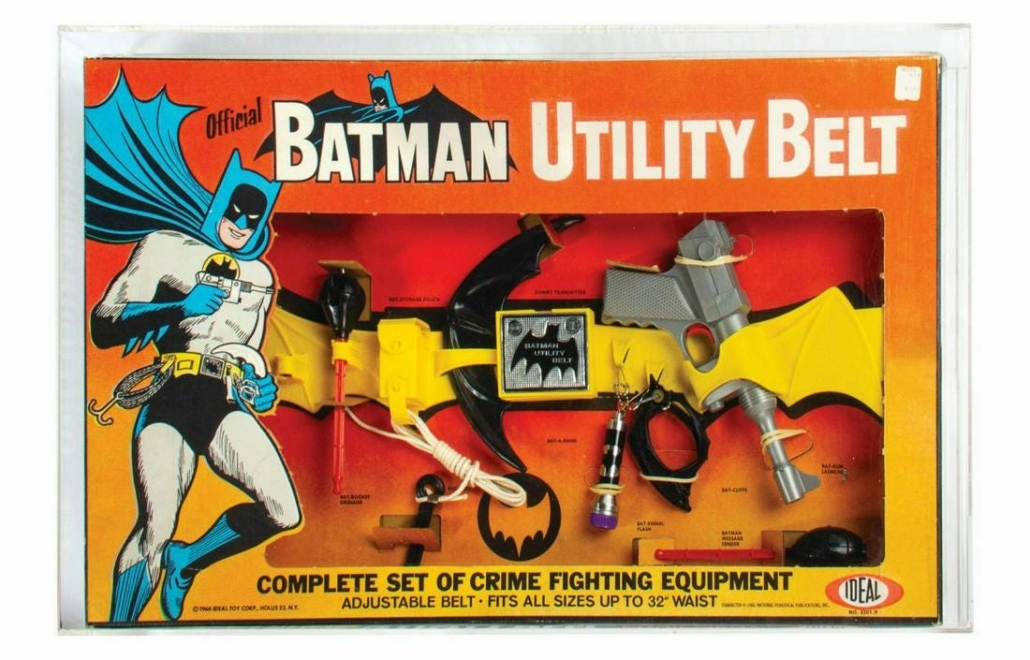 He counsels new collectors to always purchase the best material in the best condition. “It doesn’t matter how much money you have, but generally always try to get stuff mint in the box, mint on the card or mint on the package,” he said. “Stuff that is loose, it doesn’t go up in value. It’s okay but not really what you want to buy to collect, especially if you expect to make money in the long run.”

One of the reasons why Sage started collecting Batman items is that the field has a good future, unlike some collectibles that prove to be short-term in popularity.

“A lot of things are generational, but I think Batman kind of transcends generational things,” he said. “People buy stuff they remember as a kid, but kids from the 40s, 50s, 60s, 70s, 80s and 90s all remember Batman and still know Batman today.”

Le Corbusier: Man of many talents