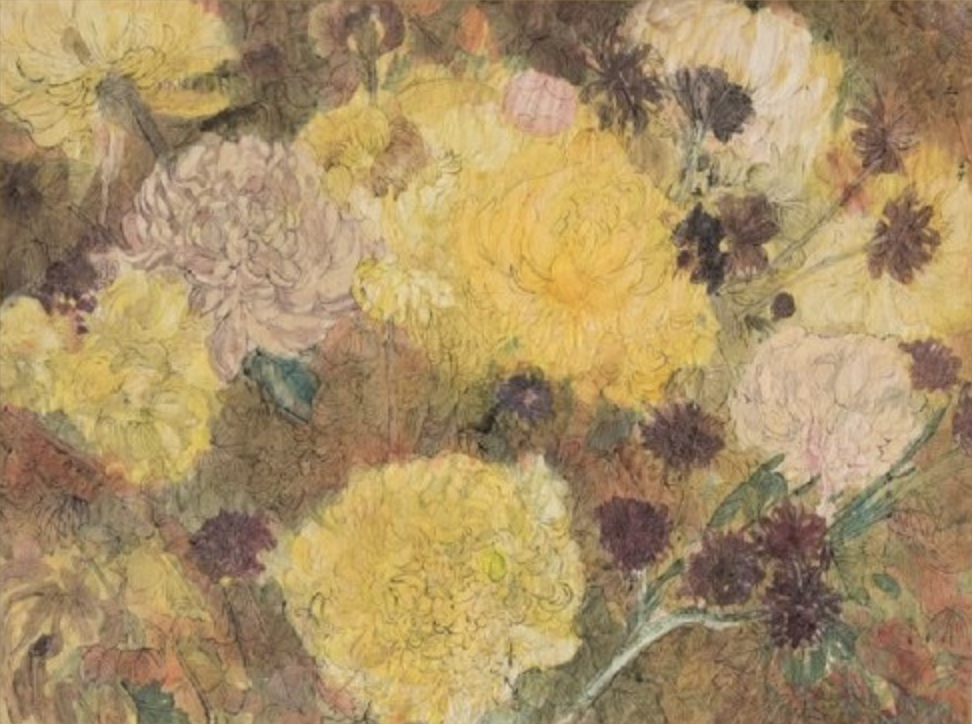 NEW YORK — While the most sought-after male artists from China routinely command strong auction prices and enjoy an enviable art market following, their female contemporaries struggle to gain equal footing, even after a century of struggle and protests to promote women’s equality in Asia.

A female Asian entrepreneur who previously spent nearly 30 years in the restaurant business, Mary Ann Lum is co-owner of Gianguan Auctions in New York City. She has seen firsthand the great divide between male and female artists at auction, both in America and in mainland China.

“The development of Chinese women’s art in the 20th century was formed against the background of the Chinese women’s liberation movement. ‘May Fourth’ [an anti-imperialist, cultural and political movement that grew out of student protests in Beijing on May 4, 1919] launched the ‘New Culture Movement’ within the confines of an ancient, traditional society. The changes that followed brought China’s new culture and art into a period of prosperity. In such an open cultural environment, some Chinese female artists thrived,” Lum said. 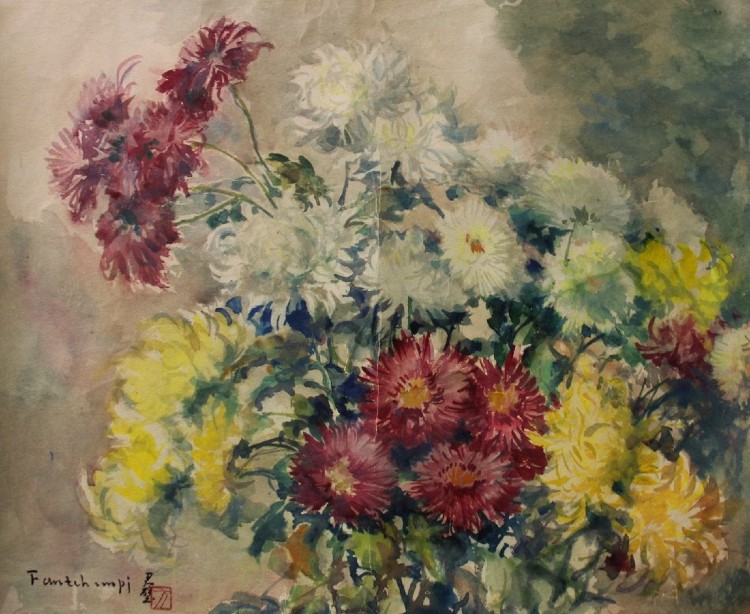 “Some of the female artists of this period, like their male counterparts, devoted themselves to the social revolution with a mission to change society, while others embraced the upsurge of Western learning and sought to establish their own value orientation.”

Lum noted that although there is no gender discrimination between men and women who enroll in Chinese art colleges today, women face many more problems if they want to participate in exhibitions after graduation. There is limited support for female artists either from the Chinese government or private organizations, and there are no venues where Chinese women’s art can be displayed. The only exception to the latter was the 2010 Hebei Art Museum’s Female Art Biennale.

This He Xiangning hanging scroll painting, Sunrise Phoenix, 1944, sold for $4,000 + the buyer’s premium in June 2012 at Gianguan Auctions. Photo courtesy of Gianguan Auctions and LiveAuctioneers

“What distinguishes contemporary Chinese female artists from their counterparts in the Western world is that most come from well-to-do and scholarly families, allowing them the luxury of pursuing artistic inspirations but depriving them of recognition and expecting them to be always on the sideline,” she said. Regardless, the disparity of prices between Chinese art created by male vs. female artists remains unchanged.

With girls only gaining access to public education a mere century ago, it’s not surprising that women artists in China are barely credited in art history books there. Reportedly, before the Song Dynasty (960-1279 A.D.), there was no mention of them at all — only in legends. By the Qing period (1644-1912), however, societal views were changing and women increasingly entered the workforce to pursue career opportunities previously only available to men, including art.

Chinese women painters in urban China during the early 20th century can be categorized into three groups: traditionalists, modernists and women who were educated overseas. “In general, the traditionalists were the strongest group, both in number and in influence. However, in Shanghai, where the presence of Western culture was widely felt, all three groups of women painters were similarly active,” according to an article on the Sheng Project website.

Fang Junbi 方君璧 (1898-1986), who studied in Paris and stayed overseas most of her life, is one of the best-selling artists in the Chinese auction market but ranks low in the overall ranking of the highest-selling artists. She belonged to the third group of artists who embraced the upsurge of Western learning and established their value orientation in Western new art.

Soong Meiling 宋美齡 (1897-2003), a graduate of Georgia’s Wesleyan College, is also known as Madame Chiang Kai-Shek. A political figure, she also belonged to the third group. As an artist, she stands on her own accomplishments but her political clout overshadows her artistic talent, Lum said.

Pan Yuliang 潘玉良 (1899-1977) was part of the second group of artists following the enlightenment of the May Fourth New Cultural Movement. She was one of the first Chinese artists to blend Western composition with Chinese brush-and-ink style.

He Xiangning 何香凝 (1878-1972) was associated with the first group of artists who devoted themselves to the social revolution and whose mission was to change society. “In 1953, she famously wrote a slogan to one of the top bureaucrats praising him for his credo ‘Increase Production and Save,’” Lum said. He Xiangning and her husband, Liao Zhongkai, devoted themselves to the revolution. 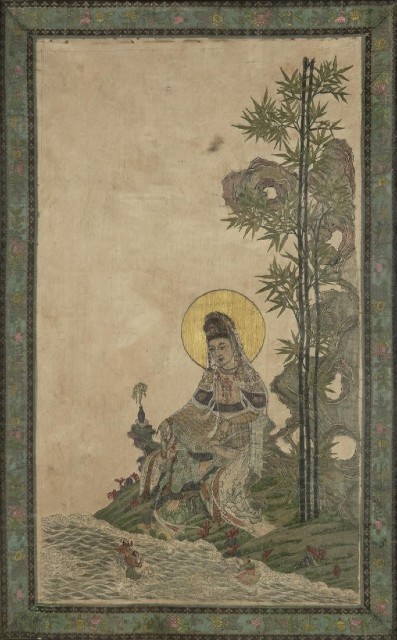 An embroidery of Guanyin by Shen Shou realized NT$50,000 ($1,650) + the buyer’s premium in August 2020 at Dasing Auction. Photo courtesy of Dasing Auction and LiveAuctioneers

While they may not be commanding six-figure sums as some of their male counterparts are doing, China’s best-known women artists are finally making their mark in art history. While it may seem that their recognition is coming at a glacial pace, they are, indeed, developing a following with collectors, especially now that the Internet provides them with a vast virtual gallery in which to display their work.