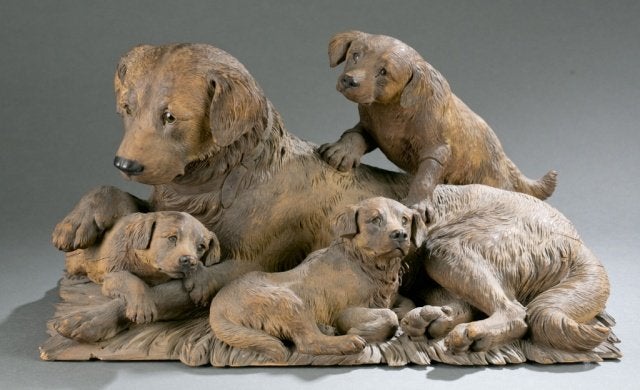 NEW YORK — The beauty of Black Forest carvings lies not only within the artists’ skill in which they yield their chiseling tools but also within the wood and the tree itself. Carvers have long known certain trees grown in the shade and harvested in winter would provide denser wood that would be better for carving and this knowledge has been passed down from generation to generation.

While the Black Forest is in southwest Germany and its name stems from the proliferation of dark pine trees that grow here, these “Black Forest” carvings were actually not made here. While some may indeed have been made here, research over time has proven that most of these pieces were carved in Brienz, Switzerland. The name is a misnomer but has stuck. No doubt there have been talented German carvers who created similar works, but the bulk of what are called Black Forest carvings are Swiss in origin, usually crafted out of linden, maple or walnut trees. “Each carver had their own favorite patch of forest they would visit time and time again when in need of new carving wood,” according to a blog by Daniels Antiques.

Brienz has been home to the wood carving trade for centuries and boasts Switzerland’s most famous woodcarving school that offered a four-year program. Woodcarving got its start here during a famine in 1816. In a moment of inspiration, a Brienz wood turner, Christian Fischer, began embellishing products with wooden carvings and selling them to the tourist trade. This mountainous lake region was a highlight on the Grand Tour and affluent Victorian era travelers were very eager to bring home souvenirs of their trip. These carvings soon became so popular that Fischer began teaching this art to other local crafters and a cottage industry began.

Black Forest pieces share certain similarities and are usually inspired by nature. Items like clocks, hall trees, humidors, inkwells, benches and chairs, lamps, plaques, umbrella stands and figures often are decorated with a plethora of wildlife. Bears are practically synonymous with Black Forest items, but other subjects include stags, owls, dogs, eagles, boars and game birds as well as trees and foliage. Many of the animals have carved eyes, while others have glass eyes. Reportedly, the Brienz School of Woodcarving maintained a private zoo on site in order for students to be able to study the animals’ anatomical details up close. 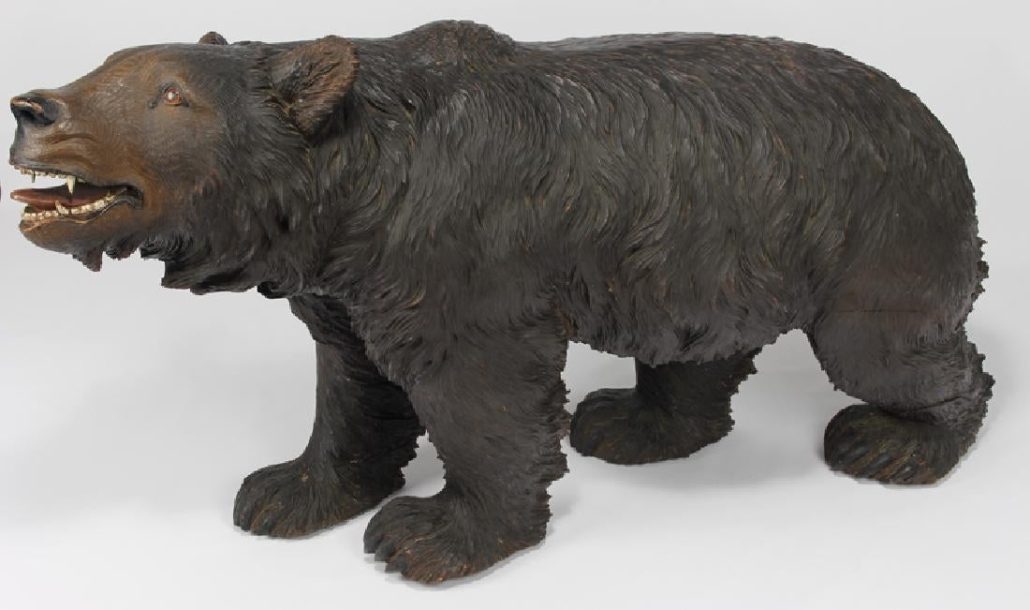 “Black Forest carvings are often humorous and whimsical — bears smoking pipes, reading books, and even skiing,” according to the website of Georgian Antiques. While embodying whimsical themes, these works of art were shown at prestigious exhibitions on the world stage, including the 1851 London Great Exhibition, Philadelphia in 1876, the 1893 Chicago World’s Fair and in Paris in 1900. They were seen as a show of status and wealth and collected by well-heeled visitors, creating global demand and a strong market.

The value of a piece is dependent on the usual factors: quality, rarity, the carver’s skill and condition but the signature of the artist and the subject matter also come into play. Pieces made from the early 19th through the early 20th centuries tend to bring the most money. Bears are so ubiquitous within the Black Forest realm that they often do not bring as much on today’s market as lesser-seen animals. Walter Mader (19th century, Brienz Switzerland) and his son, Heinrich, often carved Saint Bernard dog families. A circa-1900 grouping measuring 10¼ by 20 by 13 inches brought $18,000 in June 2016 at Quinn’s Auction Galleries. Six years earlier, a mama dog and her three pups attracted international attention before selling for $26,600 at Auctions Neapolitan. 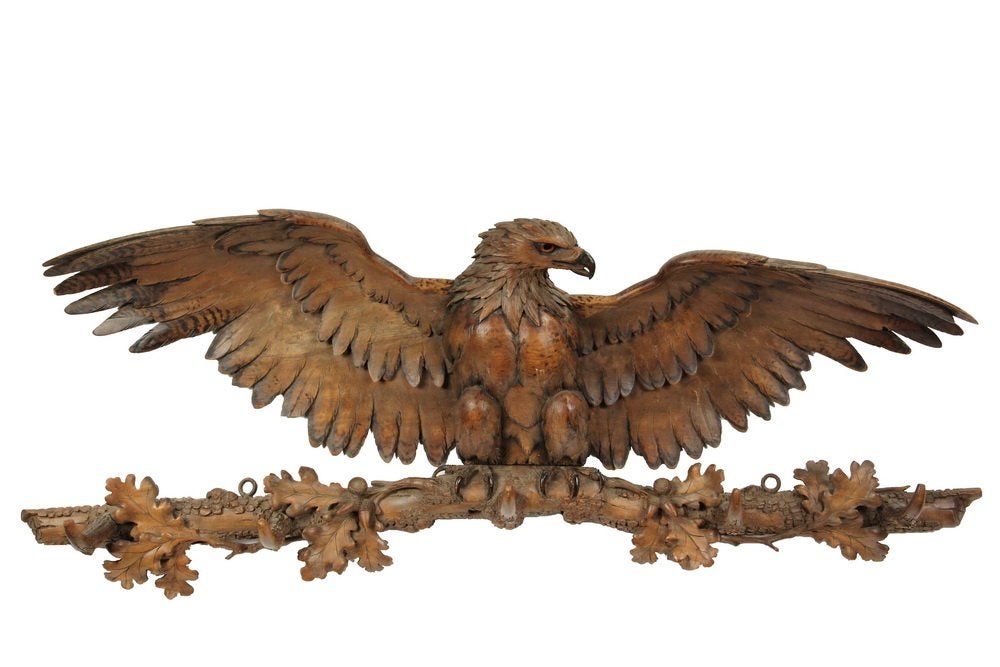 A 19th-century eagle wall hat rack in the form of an oak branch surmounted by a spread-winged eagle, 44 inches long, earned $15,000 in November 2015 at Thomaston Place Auction Galleries. Photo courtesy of Thomaston Place Auction Galleries and LiveAuctioneers. Many carvings were not signed, but among those that are artist-signed, desirable names include Fritz Abplanalp, the Trauffers, the Huggler family, led by Johann Huggler; the Maders and the Wirths. The Gebrüder Wirth company was one of the most famous.

While one might think these handsome carvings are best suited to a rustic cabin or man cave, they are actually versatile enough to serve as a design element in just about any space, from hallway to home office.