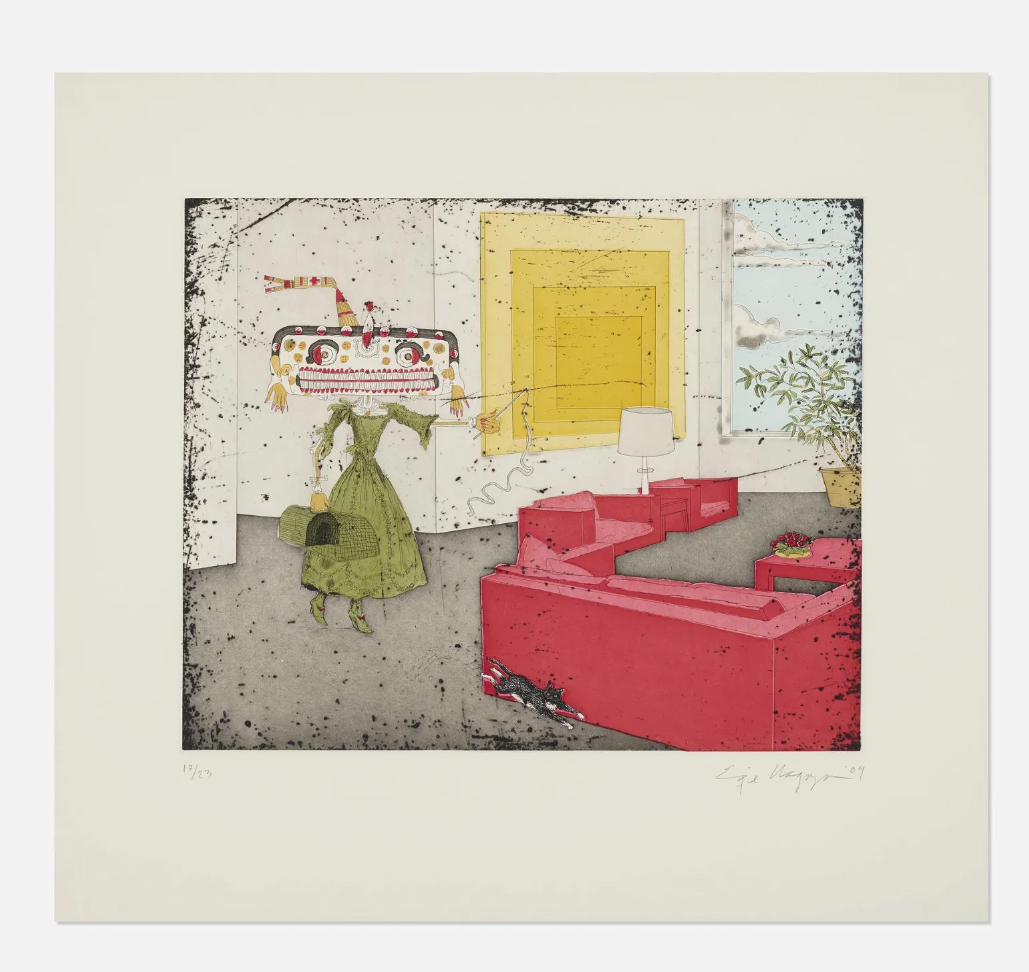 NEW YORK— The Latin-American and Hispanic art traditions are rich, incorporating some styles from Europe and the United States but largely calling upon the influences of their own cultures. Artists living in, or with a heritage linked to Cuba, Mexico, Spain, the Caribbean, Central or South America have made huge contributions to the art world. There are quite a few whose works are avidly collected by museums and bring five and six-figure sums at auction.

Within the framework of Hispanic Heritage Month, the time is right to celebrate the contributions of these artists. Let’s take a look at five Hispanic contemporary artists who are active and influential the art world:

Born in Mexico in 1953, Enrique Chagoya works in San Francisco today and is a professor at Stanford University. His artistic style frequently looks at how culture is continually evolving, marrying ancient and contemporary source material and iconography. “Enrique Chagoya juxtaposes secular, popular, and religious symbols from ancient to contemporary sources to address the post-colonial clash between Western and non-Western cultures,” says an entry on the Smithsonian American Art Museum website. His etching, Homage to the Un-Square, 2009, sold for $2,800 plus the buyer’s premium in May 2021 at Rago Arts and Auction Center. 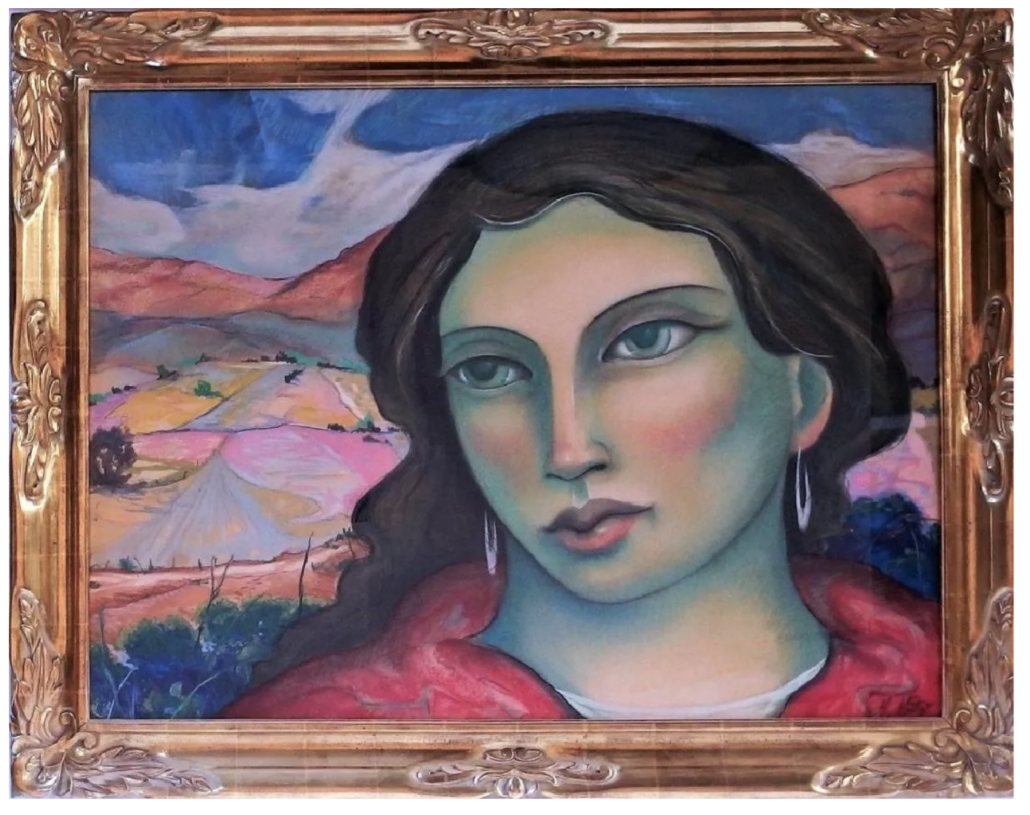 Also hailing from Mexico is Miguel Martínez (b 1951 and now based in Taos, N.M.), who is well known for his large-scale portraits of women. “Moved by deep respect and admiration, he began a series of large faces of women, enlarging and stylizing the eyes, and endowed them with a mystery of illusive and provocative expressions,” says the Michael McCormick & Sons Gallery website. A fitting example is his pastel oil painting, Woman from Velarde, New Mexico, which realized $6,500 plus the buyer’s premium in March 2017 at Bruneau & Co. Auctioneers. The 1995 work depicts a beautiful young woman set against a backdrop of rolling farmlands. 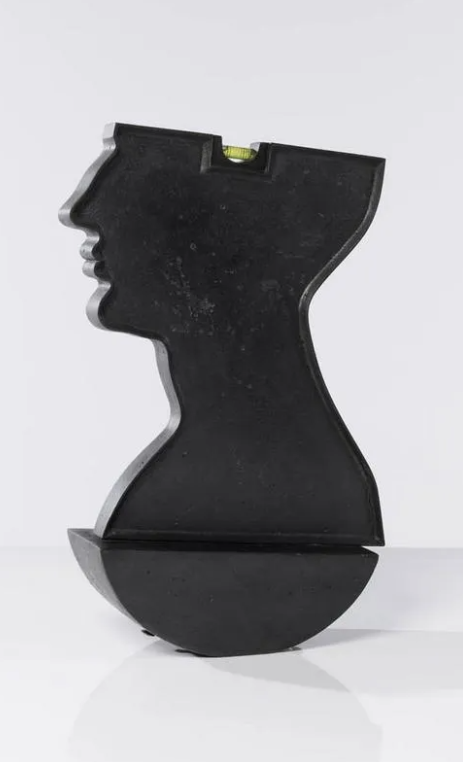 Not surprisingly, since sculptor Yoan Capote (b 1977-) comes from Cuba and lives and works in Havana today, a country plagued by political woes, the artist’s work often evokes themes of isolation, migration, death, politics and the sea. The artist “uses sculpture, painting, installation, photography, and video to create analogies between the symbolic meaning of inanimate objects and the human psyche,” says the Jack Shainman Gallery website. These qualities are seen in his bronze work titled Locura (Madness), 2005, which made $11,957 plus the buyer’s premium in January 2021 at Piasa. 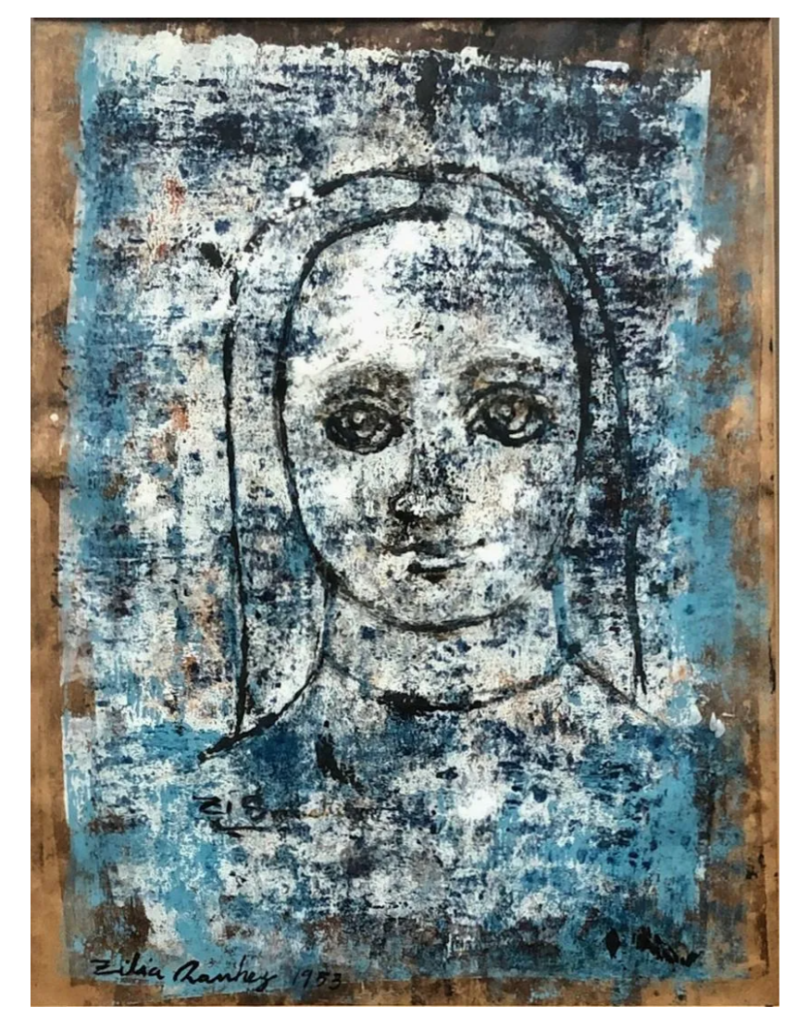 Also from Cuba is Zilia Sanchez (b. 1926-), who became an established artist in her native country before moving to New York (and later Puerto Rico) as a result of the Cuban Revolution. She frequently portrays the female form in her abstract paintings, often using sensual and biomorphic elements to draw attention to her subject’s curves. “Zilia Sánchez’s work is characterized by her distinctive approach to formal abstraction through the use of undulating silhouettes, a muted color palette, and a unique, sensual vocabulary,” says the Galerie Lelong & Co., website. A fairly innocuous portrait of a young girl, however, painted in 1953, sold for $3,450 plus the buyer’s premium in July 2021 at Kensington Estate Auction. It is done in her traditional style of using a soft palette, which stands out in sharp contrast to the subject’s direct gaze at the viewer as if to challenge the audience to see and know her. 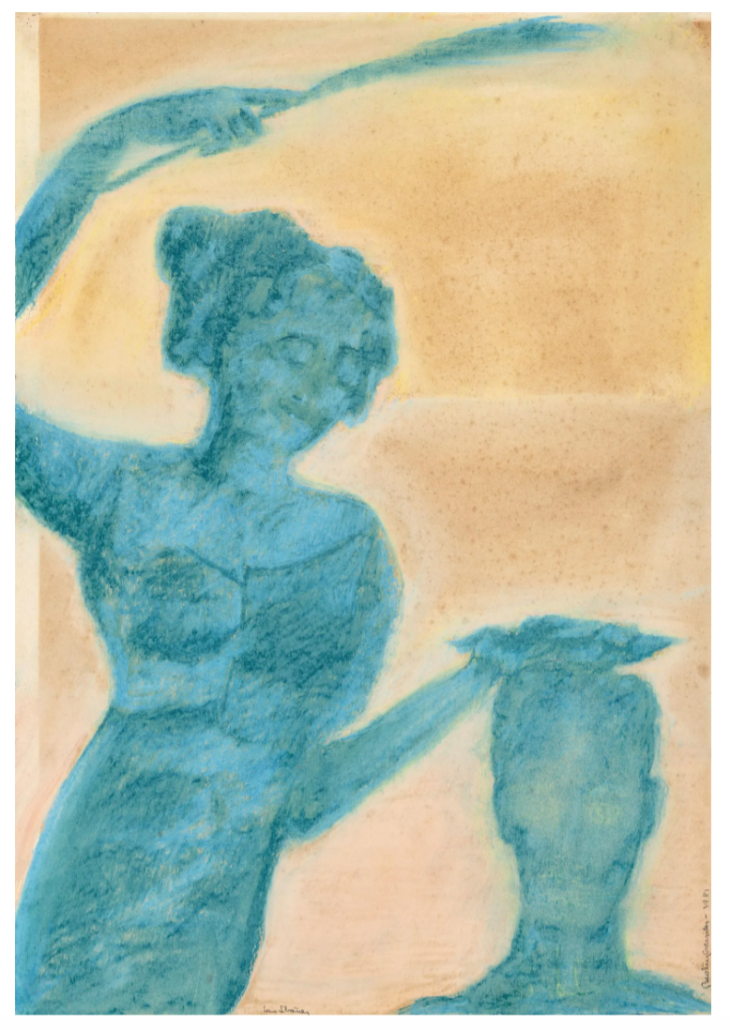 Often associated with the Pop movement, Colombian artist Beatriz González (b 1938-) was a rising artist during the tumultuous 1940s-’50s — a time of extreme political strife and violence in her homeland. Her artworks often merge imagery from classical art history and contemporary materials. “She used bold colors and flat figures to represent images taken from magazines and newspapers as a means of documenting the political and social climate of her homeland,” according to the Tate museum website. Her provocative pastel and oil work, Las Ibáñez, 1981, fetched $8,889 plus the buyer’s premium in September 2019 at Bogota Auctions.

For centuries in art history, the art narrative favored Caucasian European men and diminished the contributions of works from places like Mexico, Spain, Central and Latin America. In the modern era, there has been a huge paradigm shift, with this genre of art now widely collected, celebrated and featured in specialty auctions. A whole generation of contemporary artists is coming up, now, that confidently crosses borders, both political and geographic, against odds that once were thought insurmountable.

France calls on US to lift economic embargo on Cuba