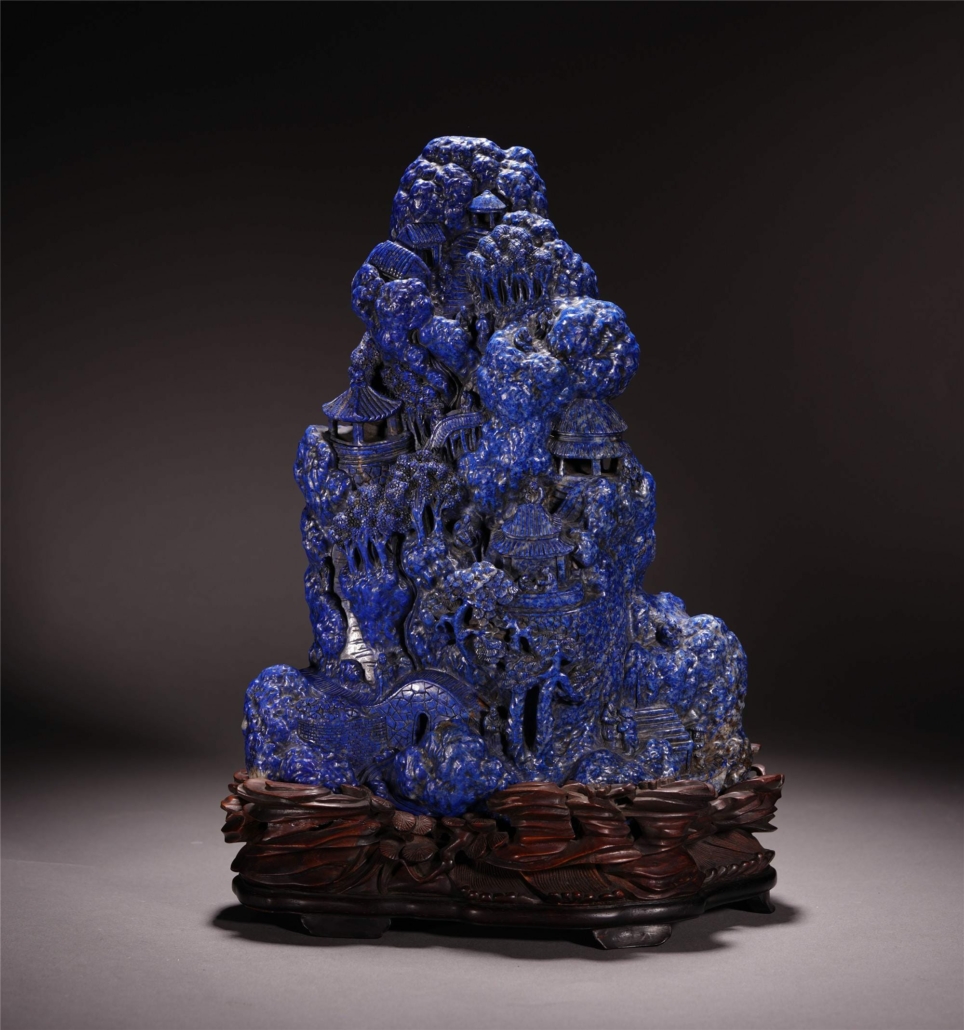 This extensively carved Chinese lapis scholar’s rock on a rosewood stand brought $20,000 plus the buyer’s premium in May 2020 at Bridgewater Auction.

NEW YORK — Few artists can aspire to be as talented as nature. Over centuries, its forces have shaped rocks into elegant objects that have inspired Chinese painters and poets. The objects called gongshi (Chinese, 供石), better known as scholar’s rocks, began to be appreciated for their striking forms in the late Tang Dynasty (600-900) and gathered from riverbeds, on mountains, and in far flung locations. By the Song dynasty (960-1279), their place in history was cemented when Chinese scholars brought them into the studios where they wrote and painted. Scholars would draw inspiration from these rocks that represented nature — mountains in particular — gazing upon them in meditative contemplation. Many poems and essays were based on these rocks, and they have been subject matter for paintings.

Today, scholar’s rocks have gained the status of fine art and they are widely sought after for their beauty. They can range in weight from a few ounces to over 100 pounds, and they can measure from one inch tall to more than 30 inches. While they are naturally occurring rocks, occasionally, they are carved, pierced, or inscribed. Examples can come in any color, and contrasting-color scholar’s rocks are seen, but certain forms are more desirable. Rocks sourced from the Lingbi region of China are particularly in demand, and the best ones are dark black with a glossy surface that is barely textured. Yingde examples, on the other hand, are heavily textured with their surfaces described as appearing dimpled or bubbled. This makes sense, as reportedly, the rocks were collected from water-filled caves.

This Chinese Qing carved Wumu scholar’s rock went for $22,000 plus the buyer’s premium in September 2019 at Dallas Auction Gallery.

“Traditionally, Chinese scholar’s rocks are stones which have been sculpted naturally,” said Mary Ann Lum, co-owner of Gianguan Auctions in New York. “They have been admired, displayed in real life, and painted in paintings with bamboo in a garden setting.”

A 19th century book on the subject advises that when seeking scholar’s rocks, form comes first. If the rock does not seem to be a master painting made by nature, it should not be chosen. Both brightly colored and austerely colored examples are highly prized, and hollows or dimples in the rock are among the desirable qualities.

Chinese scholar’s rocks typically bring high prices at auction but Japanese examples and even American variations are also sought after, Lum explained. Chinese examples tend to be more textured, while the Japanese value smoother rocks. “Somewhere along the way, these stones were brought [from China] to Japan by the imperial court and developed into suiseki (水石) — small, naturally occurring or shaped rocks, which are appreciated for their aesthetic or decorative value.” 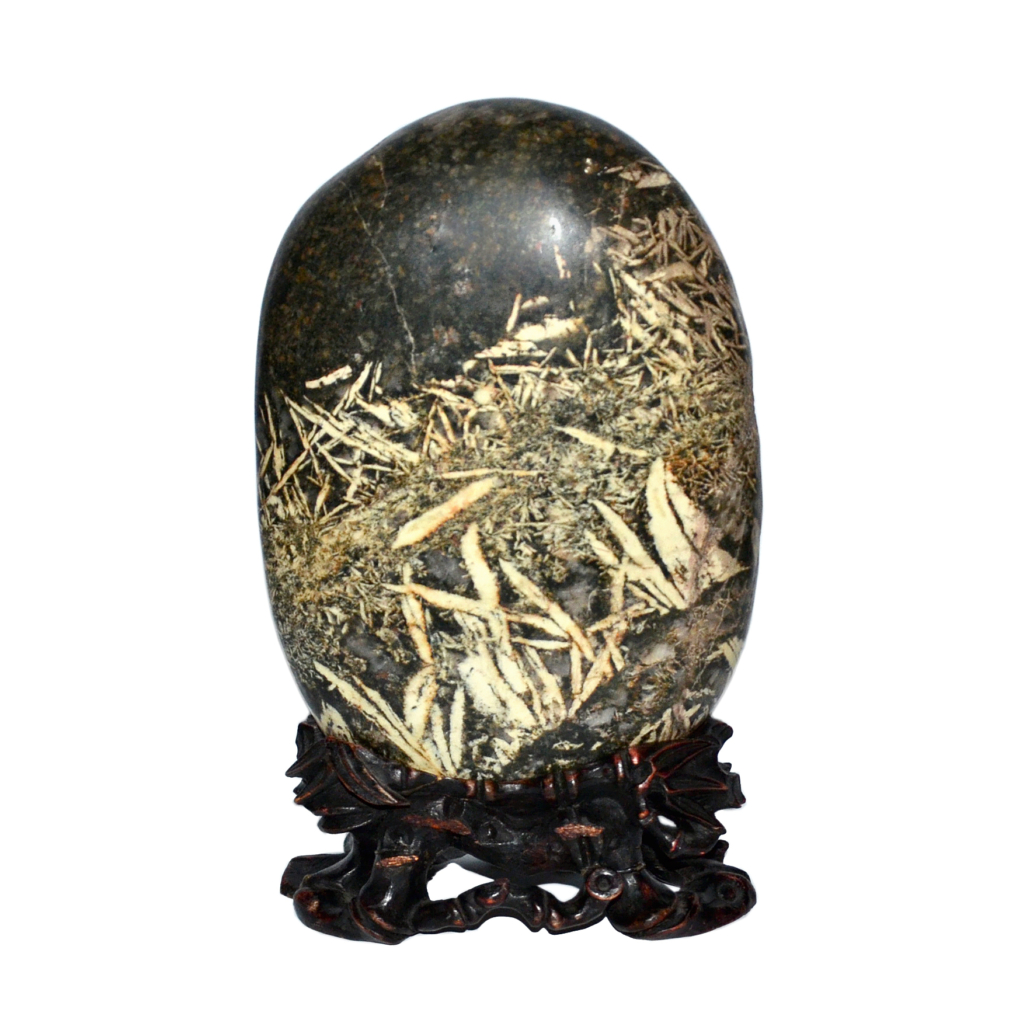 These objects are sometimes referred to as tumbled stone boulders. In March 2016, Gianguan Auctions sold a river-tumbled stone boulder with a bamboo leaf pattern that brought $12,000 plus the buyer’s premium. The 11in-tall rock was made of ancient Chinese Cambrian period carbonate sedimentary rock with calcite deposits that formed leaf-like patterns on its surface. “The description we used then is an American one: river-tumbled stone. It is an expressive stone to be admired nonetheless, with scholar’s rock being Chinese in characteristics, suiseki as Japanese and river-tumbled stones as American,” Lum said, noting it can be informative to study the three types as part of the same genre. 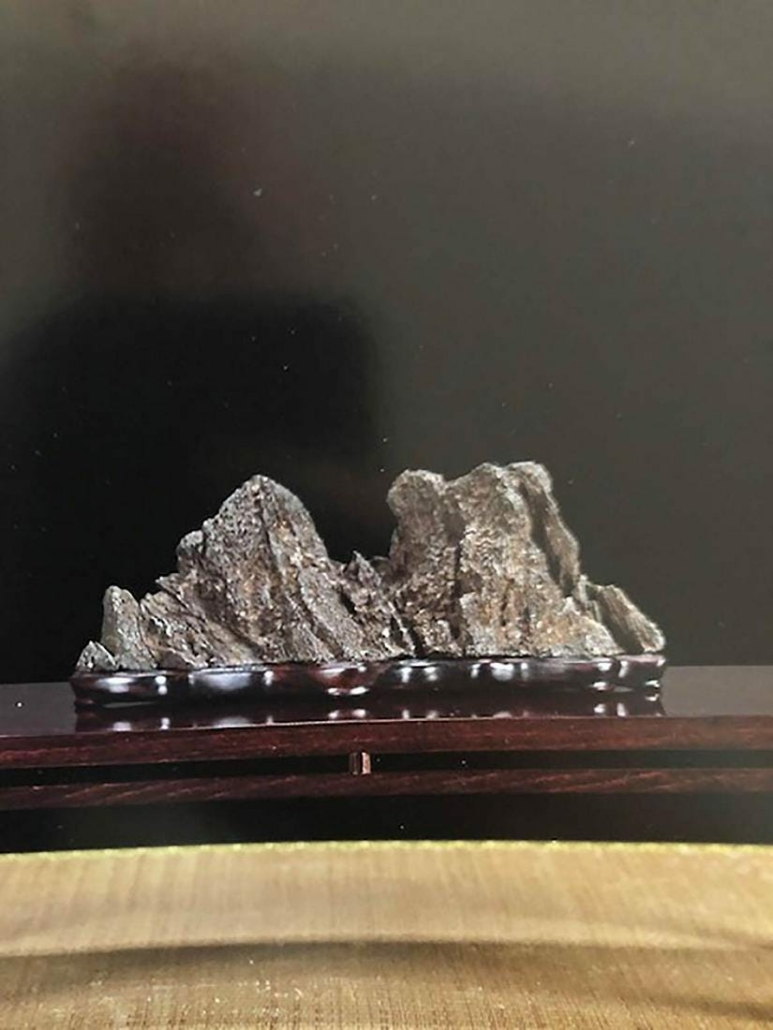 Inscribed with a poem on its base, this suiseki made $2,374 plus the buyer’s premium in October 2020 at Bertolami Fine Art.

Like their Chinese counterparts, suiseki are usually displayed on a stand or a tray and admired for their beauty, harmony, longevity, and immortality, Lum said. Describing them as “orchestrated nature,” she explained these stones are sometimes cut to flatten the bottom in order to accommodate the stand or the tray, a process called refinement. Chinese scholar’s rocks are more likely to retain their nature-given shape and are only sometimes enhanced by man. They are typically depicted with bamboo in real life and painted in scrolls in highly imaginative ways. All three varieties need to be a special shape or color and need to be considered expressive to qualify as a scholar’s rock. 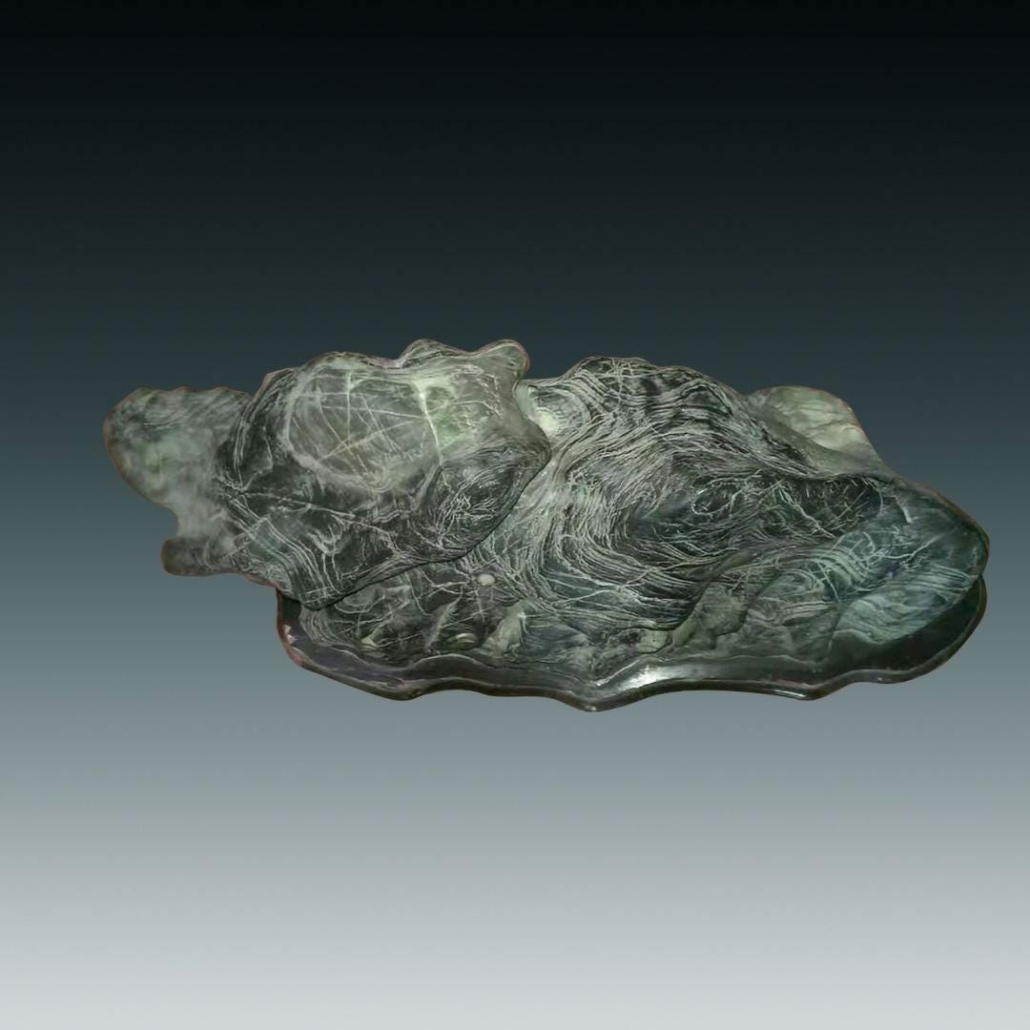 A scholar’s rock with stand achieved $575,000 plus the buyer’s premium in December 2019 at Bellaire’s Auction.

“River-tumbled stones are purely natural with a laid-back appearance, but also can be engineered in texture. Here, we call it ‘upgrade’,” Lum said. “All three stones, despite their diverse origins and different aesthetics, cannot totally escape human intervention unless they are left and found in their natural habitats.”

As representations of actual or imaginary mountains, scholar’s rocks have inspired Chinese literati for many centuries and now command attention, and high prices, at auction houses around the world. But if they were admired purely as unique artworks with provenance from Mother Nature, that would be quite enough. 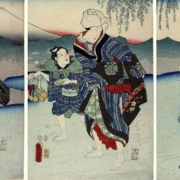 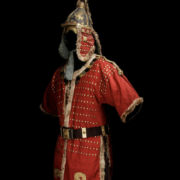 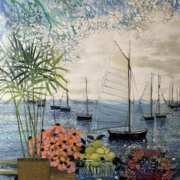 Artwork estimated at $1,780 may be multimillion-dollar Caravaggio
Scroll to top