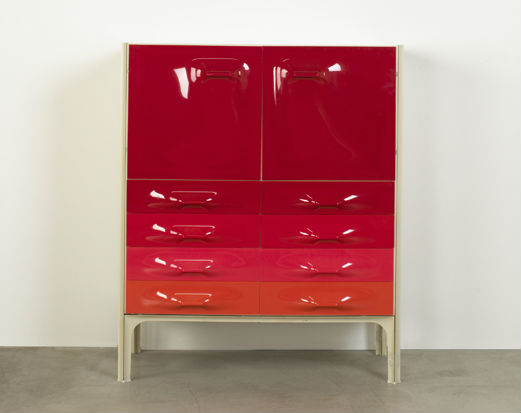 Many find it surprising to learn Raymond Loewy, the designer of so many quintessential American products, was born in Paris. He was born in 1893 to an Austrian father and French mother, and died July 14 (Bastille Day), 1986 in Monte Carlo. One can find many examples of Loewy’s designs for sale in the secondary market, particularly from the late- to mid-20th century.

Loewy left France in 1919 after three years of engineering school, with a $40 bankroll, and landed in New York. Almost supernaturally stylish and dapper – later in life he was voted one of New York’s Best-Dressed – Loewy originally worked as a fashion illustrator and commercial artist. After about 10 years he opened his own industrial design firm. In 1929 he famously redesigned a copy machine for the Gestetner Duplicating Co. and was soon on his way to revolutionizing the look and feel of things people used every day. 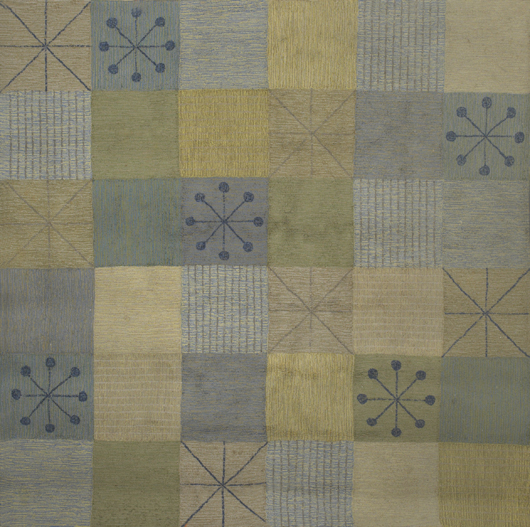 A Raymond Loewy machine-woven wool carpet made by Edward Fields, USA, 1952, and reissued in the 1980s. Image courtesy Wright, Chicago

The Father of Industrial Design

In an era of great industrial designers like Walter Dorwin Teague, Dieter Rams and Gilbert Rohde, all born at the end of the 19th century and making their marks in the 20th, Raymond Loewy was a giant. He was an incredibly prolific designer, active for five decades. He excelled in designing furniture, flatware, china (for Lowenthal) textiles, packaging (rethinks of the Coca-Cola bottle and the Lucky Strike cigarettes pack), branding (logos for Exxon, Shell and Chubb), appliances (the Coldspot refrigerator, an archetypical crank-operated pencil sharpener), transportation (the Hupmobile, the Studebaker Champion and Avanti automobiles, the S-1 Locomotive for the Pennsylvania Railroad), aerospace design (interiors for the Space Shuttle, Skylab and Air Force One) and even fashion design, to name but a few of the arenas in which Loewy proved successful. 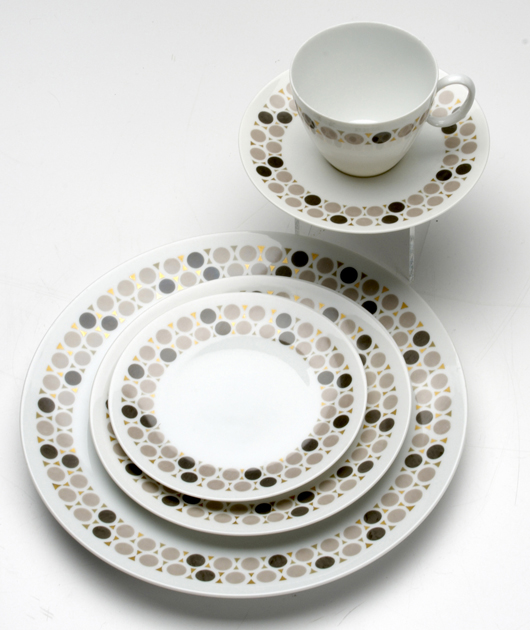 While the emotional component of newness was part of Loewy’s design philosophy, encouraging consumers to buy the latest model, many of his designs look as smart today as when they were released. His corporate design credo spelled out his consumer-driven approach perfectly: “Most Advanced, Yet Acceptable” or M.A.Y.A. If the pristine white Coldspot refrigerator had looked too futuristic, too advanced, it might not have been emotionally acceptable to skittish consumers in 1934, when the Great Depression was just beginning to lift. That the creamy, crisply reassuring fridge was also of improved utility (rustproof shelves, more storage capacity) sealed the deal, and Sears sold 300 per cent more Coldspots the first year of Loewy’s redesign.

Richard Wright of Wright auctions in Chicago finds Loewy’s market a little hard to define. “Loewy’s significance really lies with his ability to apply good design to mass consumer products, and that limits the market for individual objects. It’s not the same as a contemporary like Donald Deskey, who designed lavish interiors with custom furniture, in addition to his mass-produced designs. He’s more difficult to collect. Having said that, we’ve sold great pieces by Loewy.”

Wright mentions the Loewy-designed pencil sharpener, a prototype of which was offered by Christie’s in 2001 with an estimate at least $100,000. The rare example generated strong interest, but was reportedly bought-in after bidding stopped at $85,000. 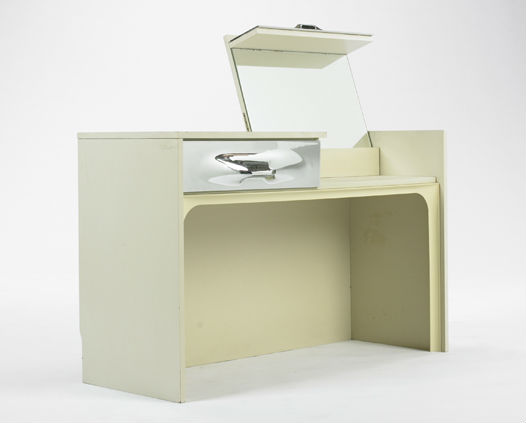 A Raymond Loewy piece manufactured by Compagnie d’Esthetique Industrielle, this example is listed as made in USA, circa 1965. The DF-2000 vanity is made of chrome-plated plastic, laminate, enameled metal and mirrored glass. Image courtesy Wright, Chicago.

Given his stature in the pantheon of industrial designers, there is a market for ephemera related to Loewy’s life and career, and examples come up in the secondary market frequently. A collection of Raymond Loewy ephemera, including photographs, articles and correspondence related to Coca-Cola, Greyhound, Skylab, NASA, Apollo, Rosenthal China, TWA and BMW, sold for $64,625 in 2001 at a Christie’s in Los Angeles sale.

Raymond Loewy was married twice and had one daughter, Laurence, who handled his affairs until her own death in 2008. He authored several books in his career, including his autobiography Never Leave Well Enough Alone. He was honored with numerous awards and honorary degrees. He was the subject of an exhibition at the Smithsonian Institution in 1975, and a three-year touring museum show devoted to Loewy’s career originated in Atlanta and closed in Montana in 2008.
___