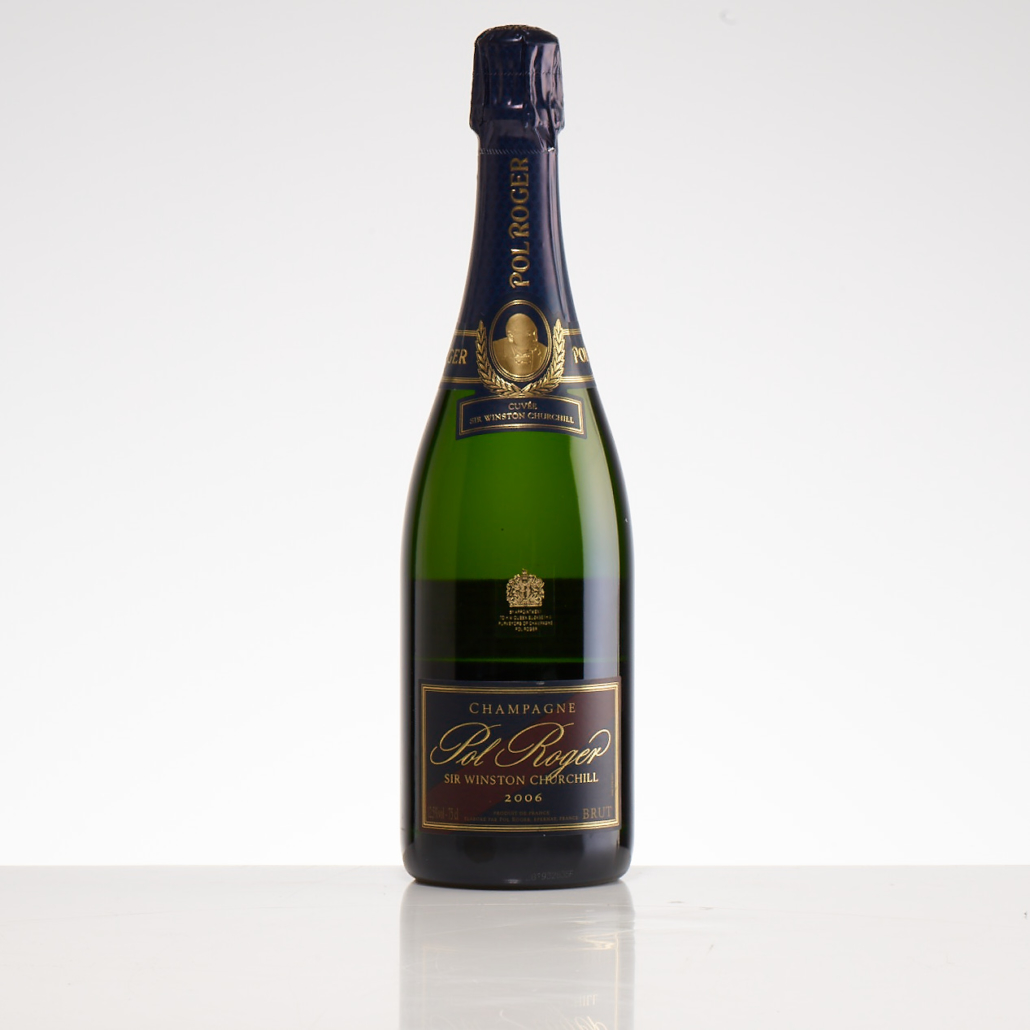 NEW YORK — Most who enjoy a glass of wine with dinner are casual buyers who might pick up a bottle at the local package store on the way home from work. Wine collectors, on the other hand, are more apt to buy a case at a time, putting much thought into which wines they are buying and how they are stocking their cellar. Many wines improve with age, so the bottle you buy today might not peak until a decade later. For this reason, wine collecting requires time and patience — but it’s always worth the wait.

Auction Central News spoke with David Rago, Partner and Co-Director at Rago Arts & Auction Center in Lambertville, N.J., and an unapologetic oenophile, about how to build a wine collection. He had some basic advice for those hoping to embark on a wine-collecting odyssey. “They should first ask themselves what their budget is, how patient they are, what sorts of wines they like, and what size wine cellar they’re looking to build.” 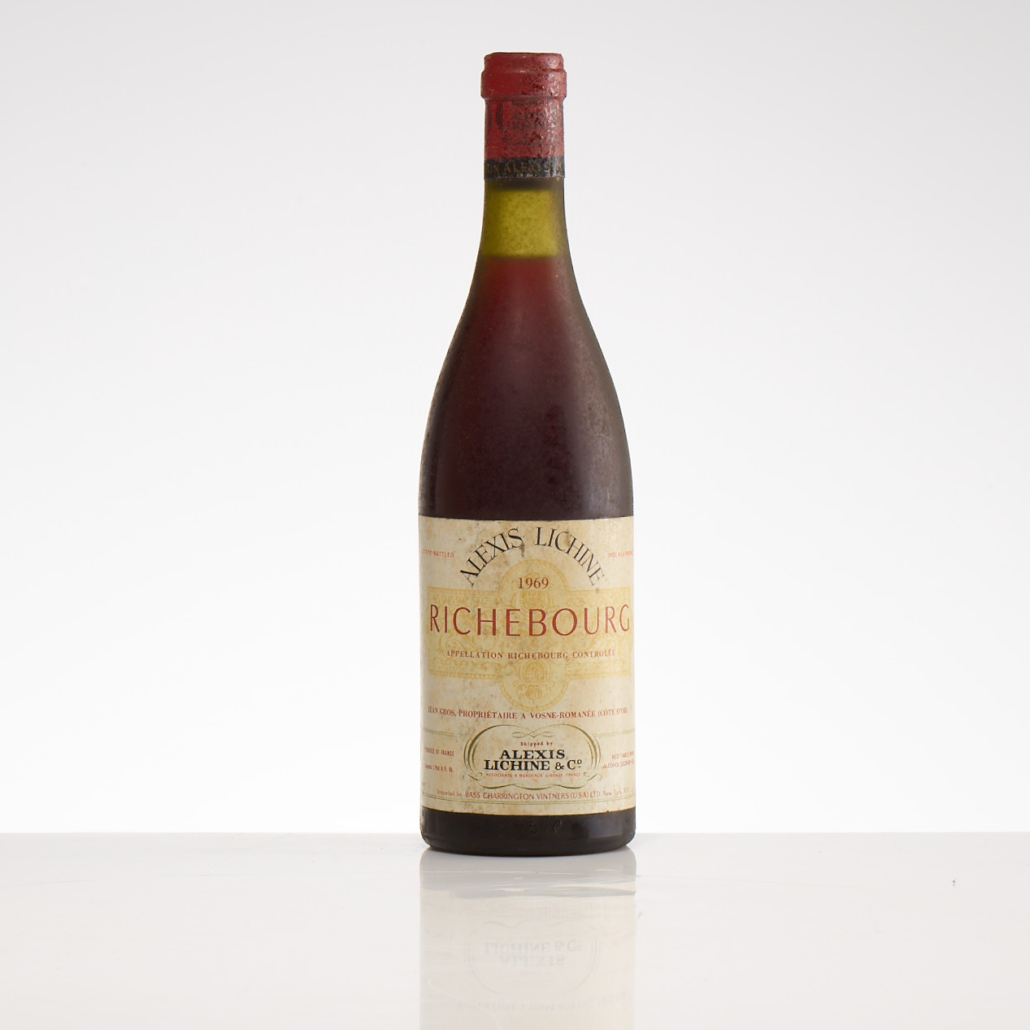 Grown on the Cote d’Or is this Alexis Lichine & Co. 1969 Richebourg, one of the most well known of Burgundy’s Grand Cru regions. Image courtesy of Rago Arts & Auction Center

With a climate-controlled wine cellar, collectors can store wines that are ready to drink and also those wines that will take years, maybe even decades, to reach maturity. For those who are serious about the grape, Rago said options vary from a stand-up bottle refrigerator that can cost a few thousand dollars and hold about 180-200 bottles at the perfect temperature, to a small but functioning wine cellar with approximately 500 bottles (around 40 cases of wine). With either, one can cover all of the main categories: Champagne, reds, whites, red or white Burgundy, dessert wines and ports. “About 150 bottles gives you a nice selection,” he said. 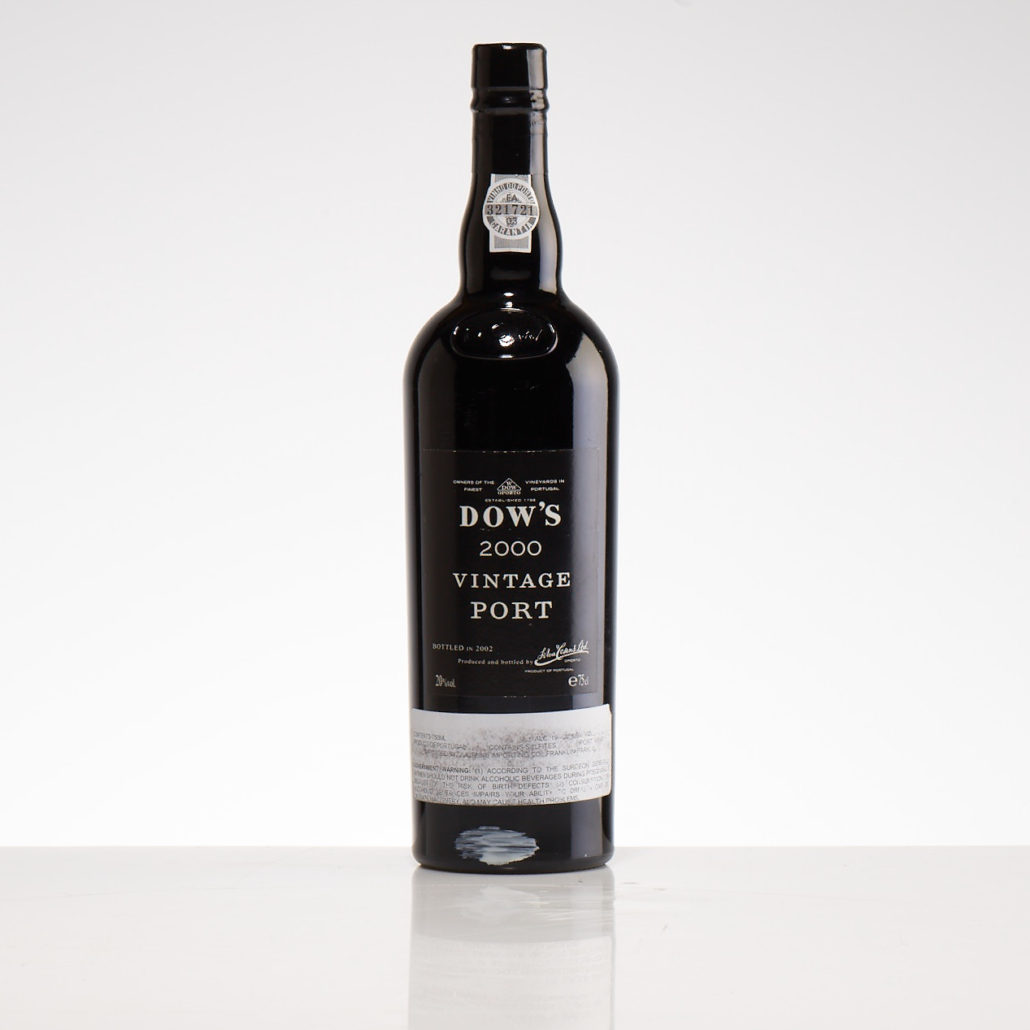 Among dessert wines is this full-bodied vintage port from Dow’s in Portugal bottled in 2002, having aromatic hints of licorice, blackberries and flowers. Image courtesy of Rago Arts & Auction Center

Once opened, the general rule of thumb for red wines is that they are best drunk in a day or two, or alternatively, they can be used for cooking. Some people will spend about $350 for a wine-preservation tool with which wine can be drawn through the cork without uncorking the bottle, he said. A vacuum cap can be had for around $50 to pump out air after opening a bottle. Complex red wines are best stored on their sides, unopened, in the dark, with no vibration and at a steady temperature of 60 degrees.

Serious collectors often buy wines designated Grand Cru or, just below that, Premier Cru. “A Grand Cru designation in French wines means it’s a top-shelf wine,” Rago noted. One can expect to spend about $150 a bottle for a good Grand Cru Champagne, but you can also get one that is lesser known and still perfectly enjoyable for about $60-$70 a bottle, Rago said. 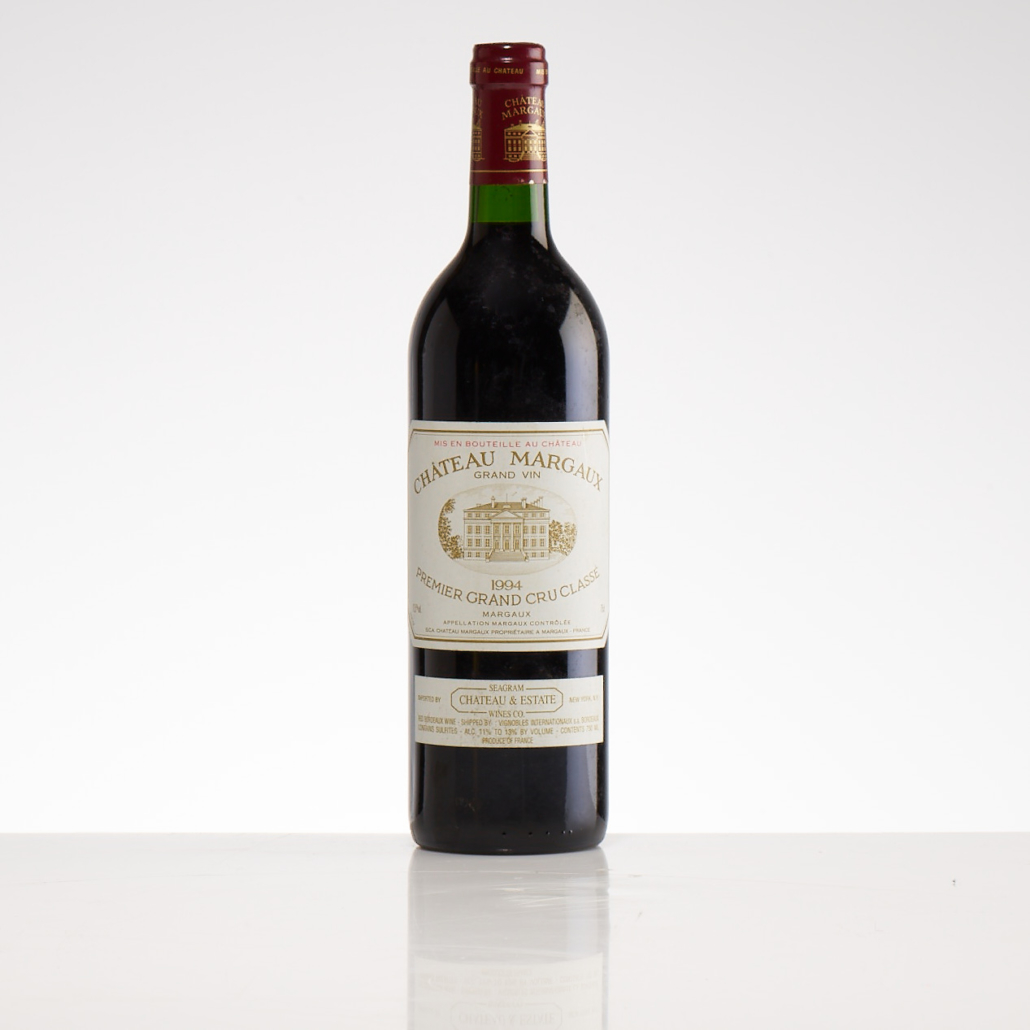 A Chateau Margaux, 1994, is one of the five “First Growths” of Bordeaux and is desired above all else for its nose. Image courtesy of Rago Arts & Auction Center

Wine designations (like “cru”) can be quite confusing and complicated. When it comes to vineyards, no two grapes are the same and no two plots of land are the same. Myriad factors go into why one bottle of wine might taste better than another even when the grapes were grown in adjacent vineyards. Take the Clos de Vougeot, for example.

Burgundy wines are made nearly 100 percent from pinot grapes. The Clos de Vougeot is an enclosed plot of land in the northern part of the Cote d’Or region (meaning “ridge of gold”) in Burgundy, France, set high on a limestone escarpment. “Imagine it’s the year 500. Monks are growing the grapes and handling the wines because they are to be used primarily for religious services. From that one big piece of property they produced three levels of wine. They had a monk’s wine, a king’s wine and the pope’s wine,” Rago said. “They knew then that some pieces of turf on that big property grew better grapes than others.” 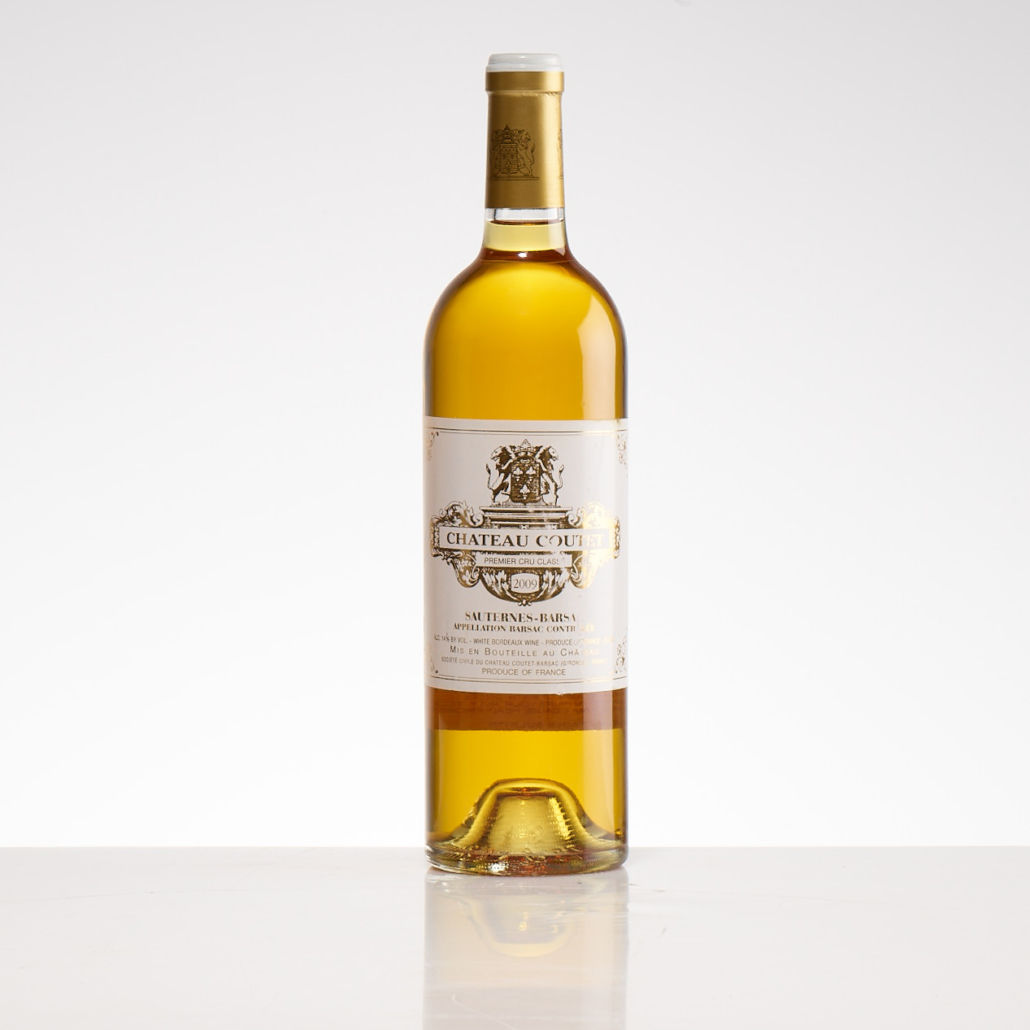 This 2009 Chateau Coutet, a Premier Cru, is a rich sweet dessert wine made with late-harvest grapes. Image courtesy of Rago Arts & Auction Center

Today there are 77 different producers of Clos de Vougeot. “Every one of their wines is a Grand Cru, from the lowest to the best, but the land is not the same,” Rago said. One can put 10 bottles of Clos de Vougeot from the same year and land next to each other and still get 10 different levels of Clos de Vougeot. One has to know not only the grape, the wine and the year, but also which producer is making the best wines … which one owns that piece of land in the Clos de Vougeot and what makes that piece of land different, Rago added. “It’s higher up on the hill, maybe, so the air is a bit thinner. Water runs off more, so the roots have to reach deeper into the ground to get nutrients. In doing so, they wrap more and more around the limestone base, which is what that ridge is centered on. So they are drawing up this alkaline sharpness, this contrast to the richness of the ripe grapes to deliver more complexity to the palate.” 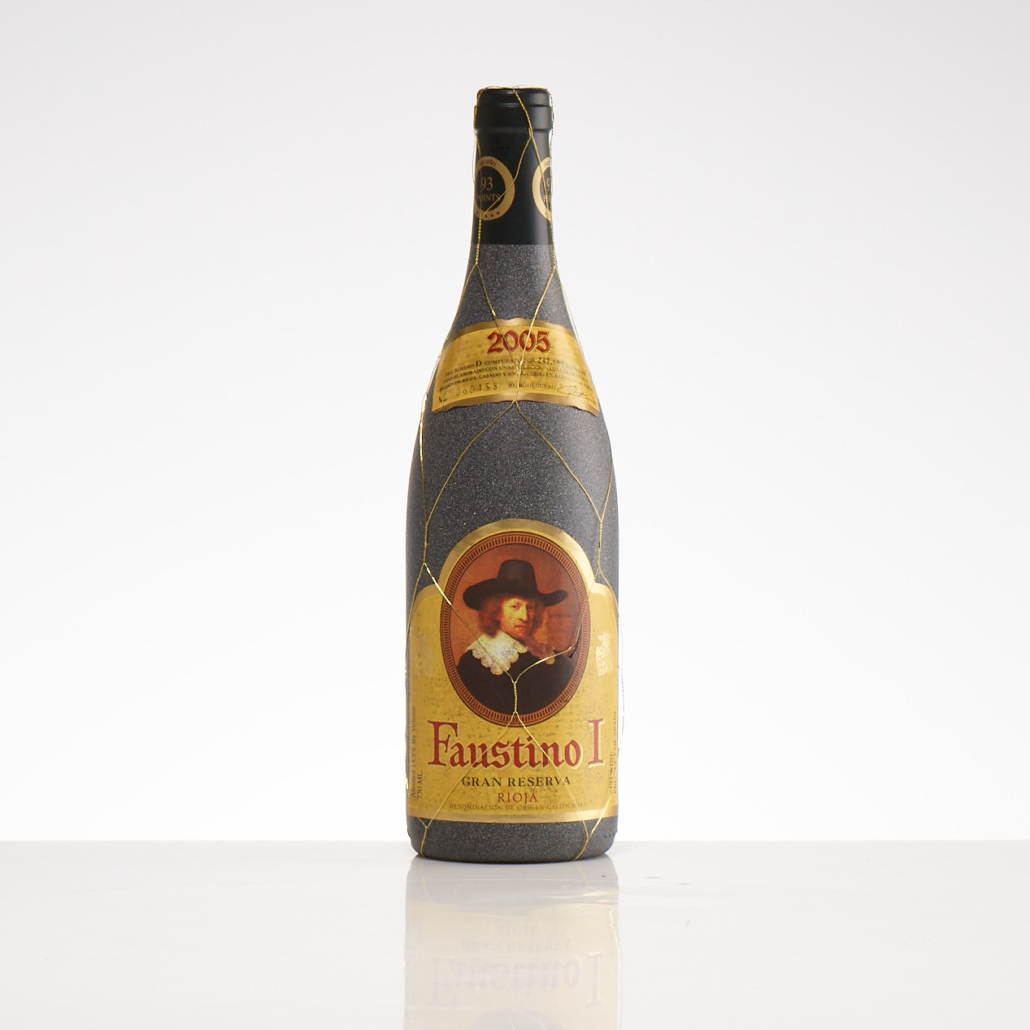 Spanish wines have long been a secret in the wine business as offering big bang for the buck while not skimping on taste or quality. This 2005 Faustino Gran Reserva comes from Rioja. Image courtesy of Rago Arts & Auction Center

One significant point Rago makes is that while some bottles of wine can cost five figures, there are many good wines that are affordable. “Drinking good wine does not have to cost a lot of money. Spanish wines often offer the best bang for the buck,” he said. “Gran Reserva from Rioja is 30, 40, 50 bucks a bottle. These wines are from the best grapes each particular vineyard is growing. They have to be in a barrel for a minimum of four years, and you can’t get a bad bottle.”

For bargains among white wines, there is French Chablis. “Chablis has always been the bargain of white French wine. For $60 to $80 you can buy Grand Cru or you can buy top Premier Crus. I bought some last year for $22 a bottle and they were fantastic,” he said. 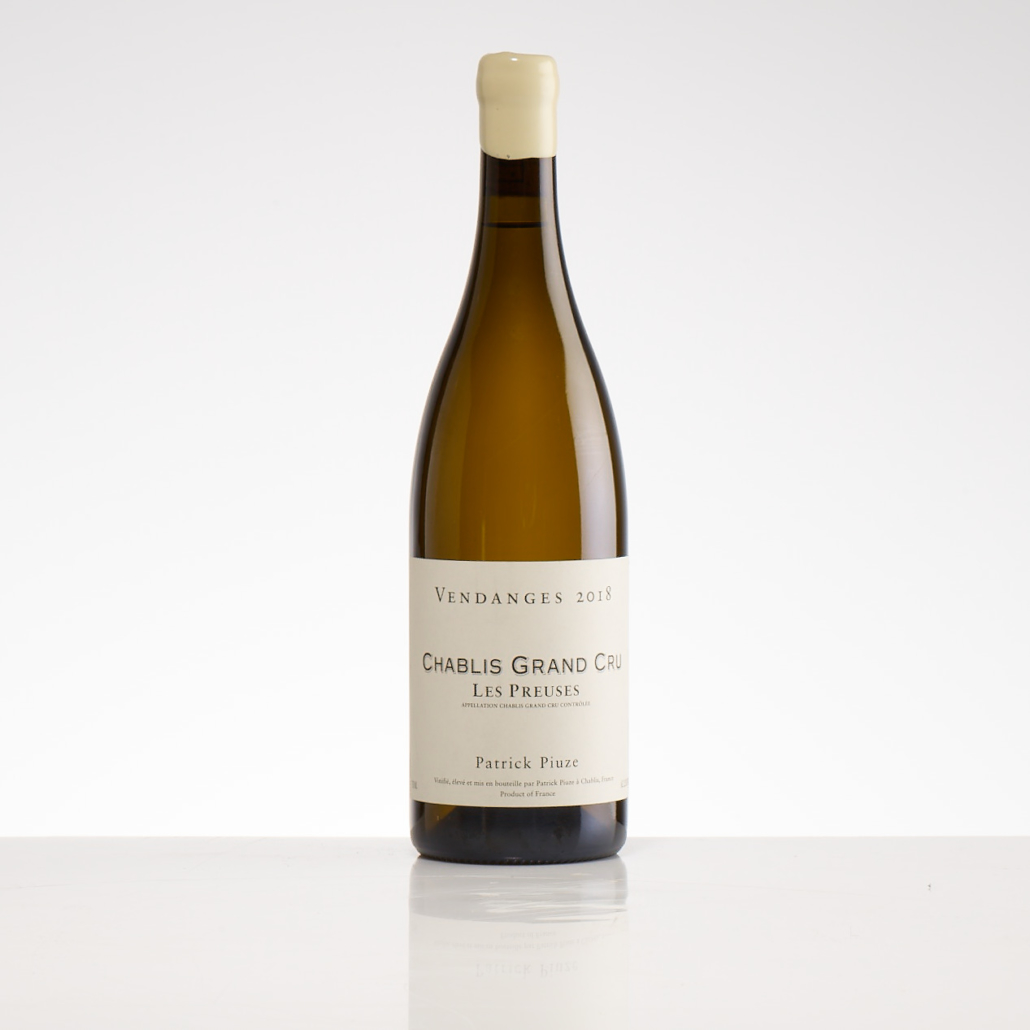 French Chablis wines are quite affordable and this 2018 Vendanges, Chablis Grand Cru, would make a fine addition to the wine cellar. Image courtesy of Rago Arts & Auction Center

“A good wine will challenge you and get better in the glass and taste different even after swallowing,” Rago said. “If you see it as an art form, not just a beverage but something to really elevate your meal, then $25 to $30 is not a lot of money.”

So, are you ready to go shopping? We discovered a January 15 auction hosted by the Seattle company WineBid that contains 111 bottles of terrific wines — French, Spanish and American. As you browse through the lots, keep an eye out for some of the keywords David Rago mentioned. We spotted quite a few. You can bid absentee or live online as the sale is taking place through LiveAuctioneers.

Ed. – All of the wines illustrating this article were personally selected by David Rago as picks for the aspiring collector. Our thanks to David for sharing his knowledge and inspiring us to establish our own individual cellars.