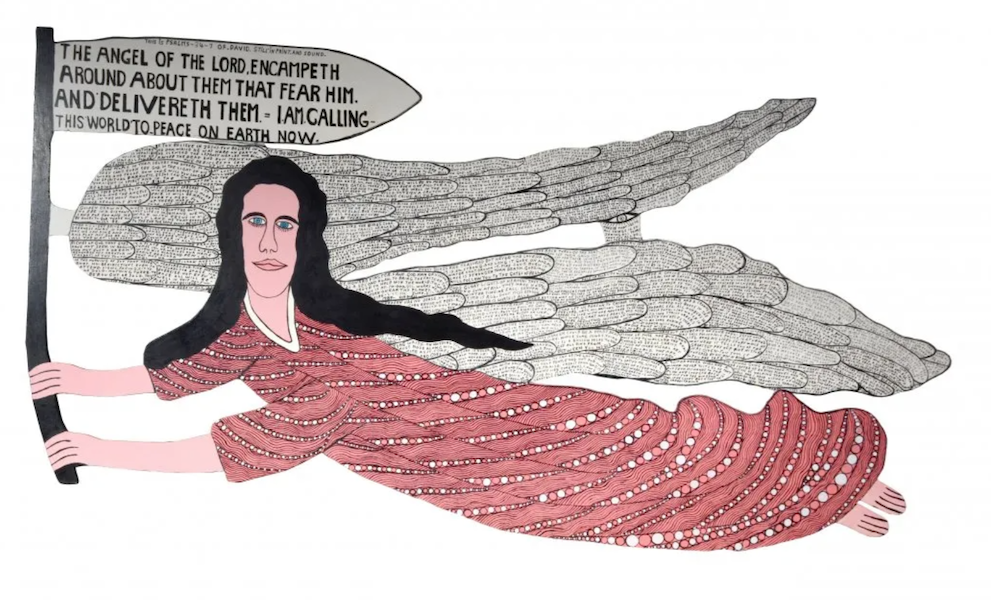 Howard Finster was renowned for his wood cutouts, such as this 1989 example titled ‘The Angel Of The Lord,’ which earned $26,000 plus the buyer’s premium in April 2021. Image courtesy of Slotin Folk Art and LiveAuctioneers.

NEW YORK — Howard Finster (1916-2001) is known to most as an important self-taught artist, but he likely would have said his most important job, out of the many different trades he pursued, was as a Baptist preacher in the South. His twin callings of art and faith became forever intermingled.

While some folk artists have been described as visionaries, Finster was the genuine article, routinely receiving visions of other worlds and dimensions as well as heaven and hell. These visions became frequent motifs in his paintings, many of which included handwritten religious messages or quotations from the Bible. One of his most elegant and complex works was Visionary Landscape, featuring handwritten sermon-like messages. It realized $25,000 plus the buyer’s premium in April 2018 at Material Culture. 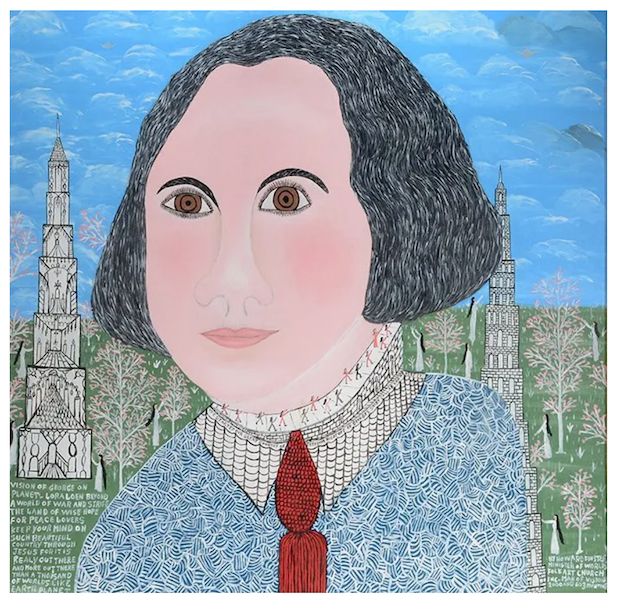 This Howard Finster tractor enamel on board painting ‘Vision Of George On Planet Loraleon’ brought $41,000 plus the buyer’s premium in November 2019. Image courtesy of Slotin Folk Art and LiveAuctioneers.

A history buff, Finster often showcased historical figures such as Abraham Lincoln and George Washington in his art. A 1982 painting, Vision of George on Planet Loraleon, which made $41,000 plus the buyer’s premium in November 2019, features several of Finster’s sermon-like messages, such as “Vision of George on Planet Loraleon Beyond A World of War and Strife / The Land of the Wise Hope for Peace Lovers / Keep Your Mind On Such Beautiful Country Through Jesus … ”

Such large paintings by Finster are highly sought-after today, said auctioneer Steve Slotin of Slotin Folk Art / Slotin Auction, which operates in Buford and Gainesville, Georgia and specializes in self-taught art. “The market is incredibly strong right now. A couple of years ago you would sell some of his mass-produced cutouts like a Coke bottle or an angel for a couple hundred dollars to $1,000,” he said, noting those works today are bringing about $5,000 apiece. “His early works and his larger examples are starting to bring anywhere between $10,000 and $20,000, and we have been selling the large four-feet-by-four-feet works for $50,000 and $60,000 — a large increase in demand for his work.” 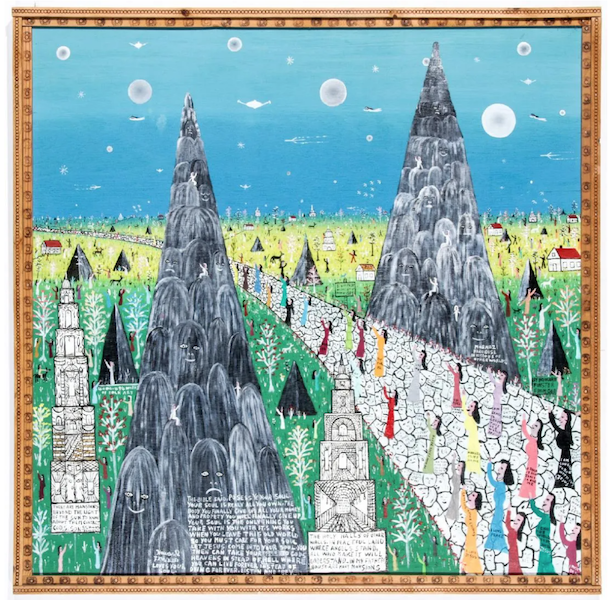 Howard Finster’s ‘Visionary Landscape’ brims with religious imagery and prophetic messaging. It realized $25,000 plus the buyer’s premium in April 2018. Image courtesy of Material Culture and LiveAuctioneers.

Finster often used found materials such as gourds, bottles, boards, garbage cans and even a Cadillac to paint on instead of canvases. He used non-traditional painting materials that he believed would last a long time, from permanent markers to automotive paint. The George Washington portrait mentioned above was rendered with tractor enamel paint and placed in a wood-burned frame fashioned by the artist.

Finster created more than 40,000 artworks, and we know this with certainty because he assigned numbers to his paintings. His earliest works, numbered 1 through 5,000, are considered by many collectors to represent the golden age of his art, Slotin said. Chelsea Baptist Church dates to 1977 and bears the number 641. It sold for $41,000 plus the buyer’s premium in November 2020 at Slotin Folk Art.

Besides his visionary and sermon-filled works set amid celestial or otherworldly landscapes, Finster frequently portrayed Southern icons such as Elvis Presley, Delta airplanes and Coca-Cola. He was likely one of the few artists who used Coca-Cola imagery without receiving a cease-and-desist letter.

A mecca for Finster’s admirers has long been his home, Paradise Garden, a swampy four-acre piece of property in a suburb of Summerville, Georgia that is open to visitors. Finster first bought land in 1961 and as time passed, filled it in and expanded the parcel. After retiring from his work as a minister in 1965, he focused his energy on the garden. He originally dubbed it the Plant Farm Museum, but after a writer from Esquire magazine included him in a 1975 article on backyard gardens and likened his garden to paradise, he immediately renamed it Paradise Garden. 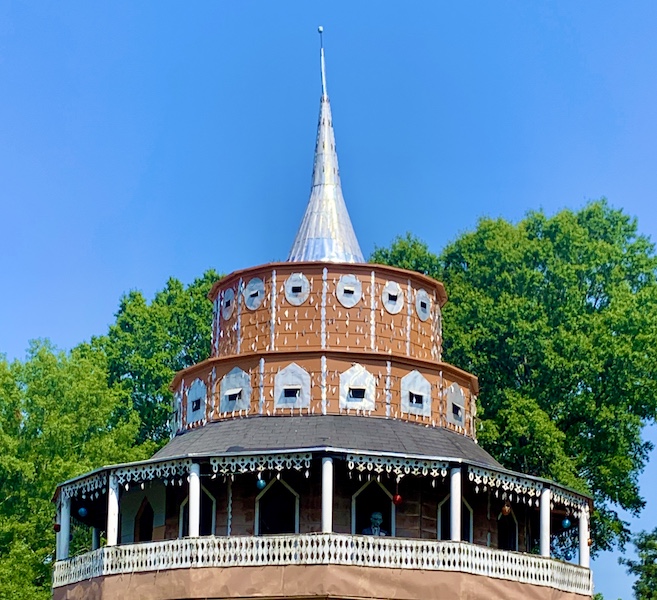 Publicly owned since 2012, Paradise Garden is managed by the non-profit Paradise Garden Foundation. It contains many of Finster’s artworks and those of other artists whose work he displayed, as well as mosaic sidewalks he designed and concrete walkways and walls and raised bed gardens he built. Paradise Garden features art installations such as the World’s Folk Art Church, a 56-foot tall wedding cake-shape landmark Finster built sans blueprints. Scattered throughout the garden are castoff items and constructions he made from discarded technology or leftover items from his repair shop. 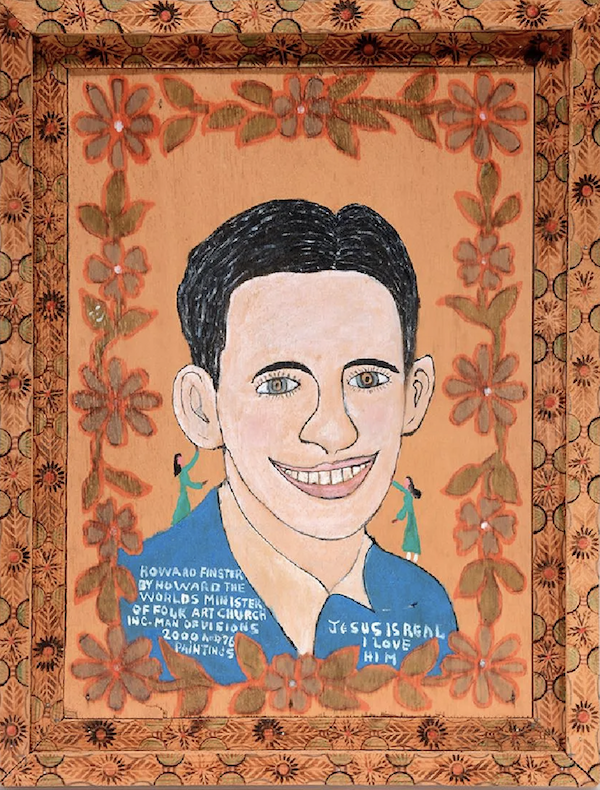 A circa-1981 Howard Finster self-portrait, in a frame made by the artist, earned $3,900 plus the buyer’s premium in April 2019. Courtesy Slotin Folk Art and LiveAuctioneers.

“He was generating art for a long time in his life before he started painting,” said the foundation’s executive director Tina Cox, noting that long before Finster first created art in 1976, he was making doll furniture, items and wood cutouts for his children. The artist believed his path to preaching God’s word via art started with an act of divine intervention when he was in his shop one day, painting a bicycle. He saw a paint smudge on his finger that resembled a face, and said he heard a voice telling him to paint “sacred art.” Finster took a $1 bill and began to paint George Washington; the three paintings he did that day are still on display in his workshop in the Garden, Cox said.

Sacred art was and remained his chief focus. One of only three massive and colorful angel woodcuts he created sold in April 2021 at Slotin Folk Art. Measuring 86in wide, The Angel Of The Lord dated to 1989 and earned $26,000 plus the buyer’s premium. 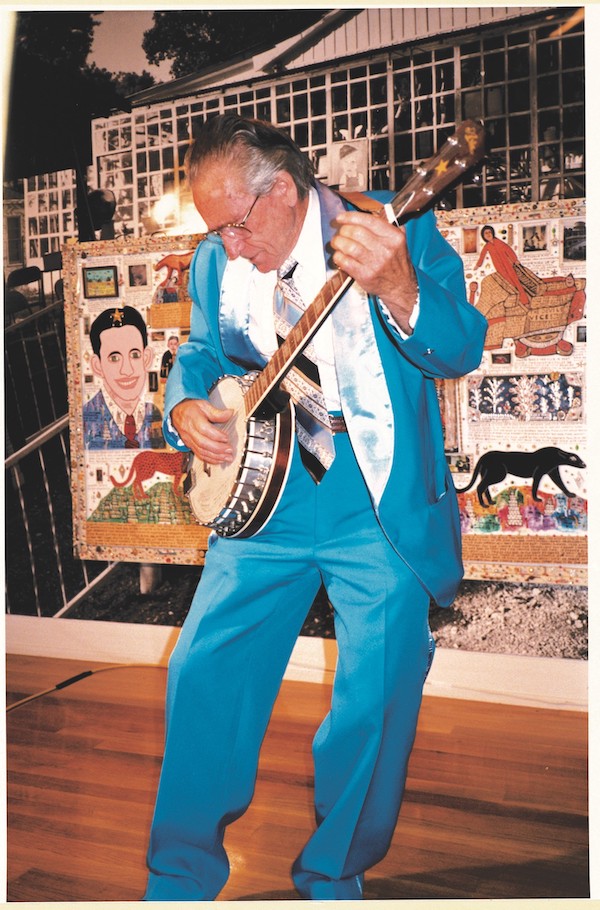 Finster became a cultural icon through Paradise Garden, which drew a steady stream of visitors who enjoyed the chance to meet him on site. He also is well-known for creating the art for the covers of the Talking Heads’ Little Creatures album, which Rolling Stone magazine named the best album cover of 1985, and REM’s 1984 album, Reckoning, after the Georgia band filmed much of their 1983 video for the song Radio Free Europe in Paradise Garden.

“Howard was truly original. He was everything you really want to find in a self taught artist,” Slotin said. “He was completely inspired to create art for the sake of his personal vision and religious inspiration.” 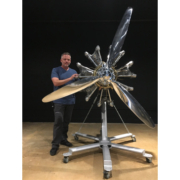 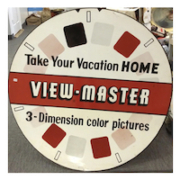 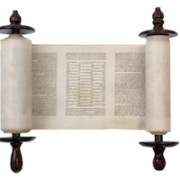