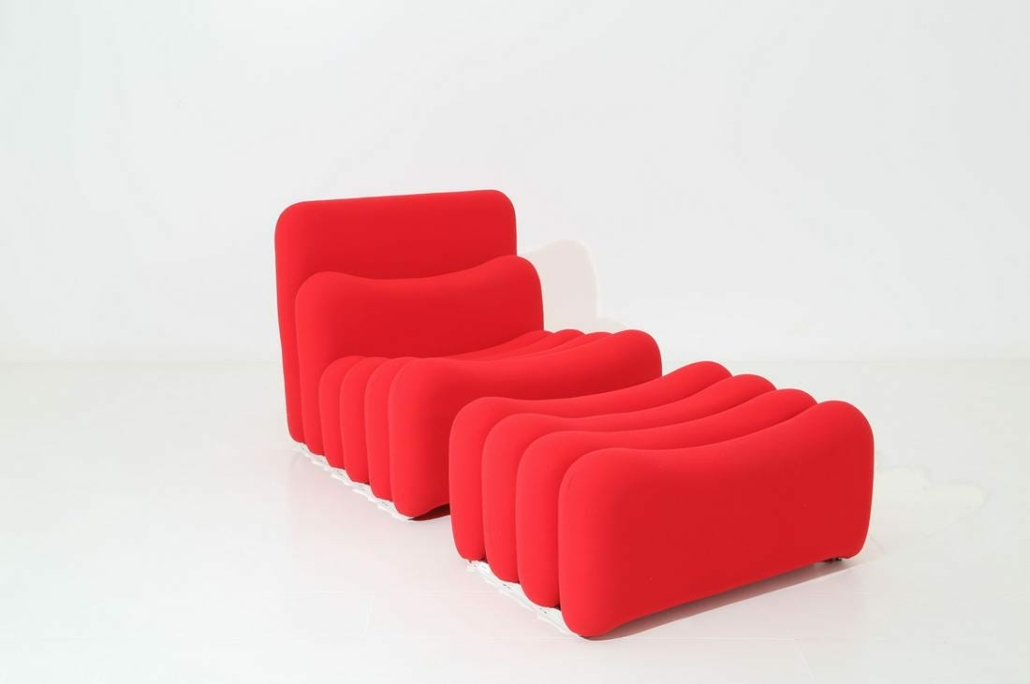 Colombo’s colorful 1967 armchair for Sormani sold for $7,467 plus the buyer’s premium in July 2020 at Viscontea Casa d’Aste srl.

NEW YORK — Though his career was tragically cut short when he suffered a fatal heart attack on the day he turned 41, Joe Colombo’s passion for design lives on. Born Cesare Colombo and later embracing the nickname “Joe,” the Italian industrial designer created many items, but is best known for his futuristic, modular pieces of furniture.

Colombo started out as an academy-trained painter and sculptor, exhibiting as an artist for nearly five years before focusing on design. He created striking pieces of furniture as well as lamps, appliances, and other products for companies such as Boffi, Bernini, Alessi, and Kartell.

His furniture was a hallmark of 1960s style, starting with a Space Age plywood chair, No. 4801, which he designed for Kartell that was made of three assembled plywood pieces. Its flowing form and bright lacquered colors were a precursor to his later plastic seating designs.

This chair was “a true symbol of Sixties design, famous also for being the only piece by Kartell made entirely of wood,” according to the website of the company, which is still manufacturing the Colombo chair. 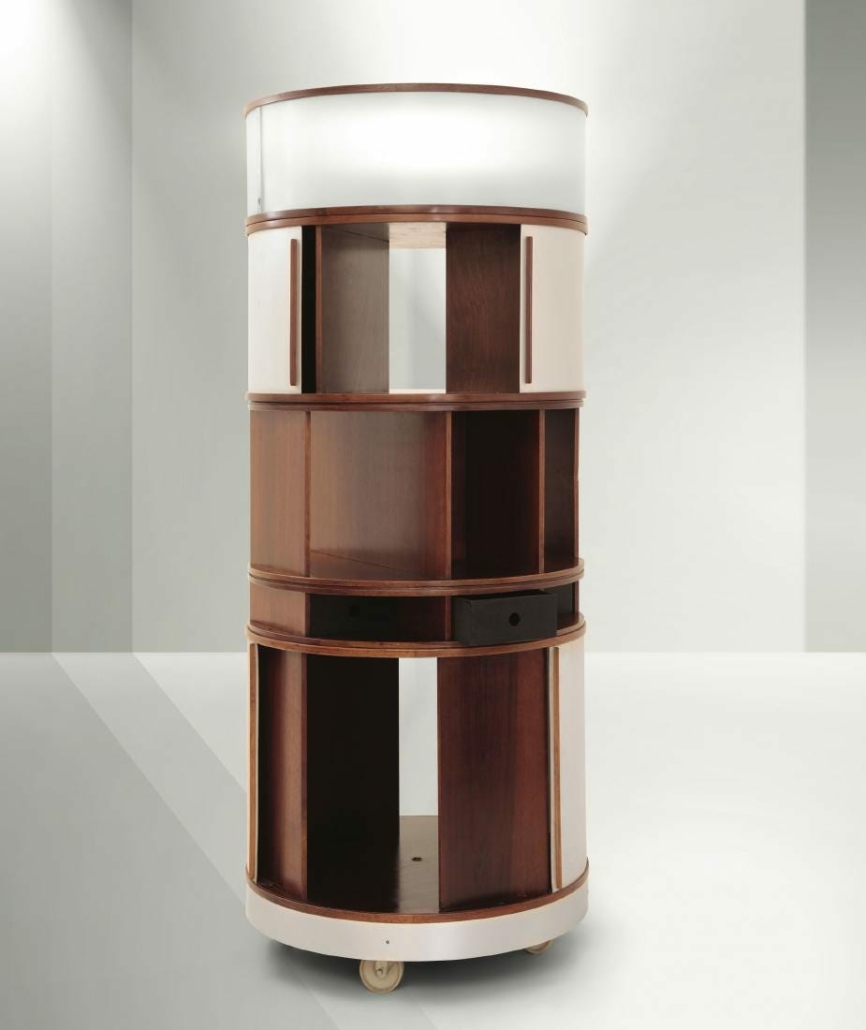 A notable collection from his body of work is the Combi-Center, a modular furniture design system he came up with in 1963. It earned the silver medal at the 1964 Milan Triennale, one of three medals he won at the show. Made up of cylindrical pieces, the Combi-Center system included tall storage cabinets, bookcases, and bars.

Colombo’s interest in how furniture systems worked together on behalf of their owners led him to create iconic pieces such as the Tube chair, launched 1969-70, which could be configured into multiple positions for the ultimate in personal comfort. His Elda armchair, named for his wife, was also popular. Its rounded form, which features leather cushions inside a fiberglass shell, grants sitters exquisite comfort as the chair surrounds them. 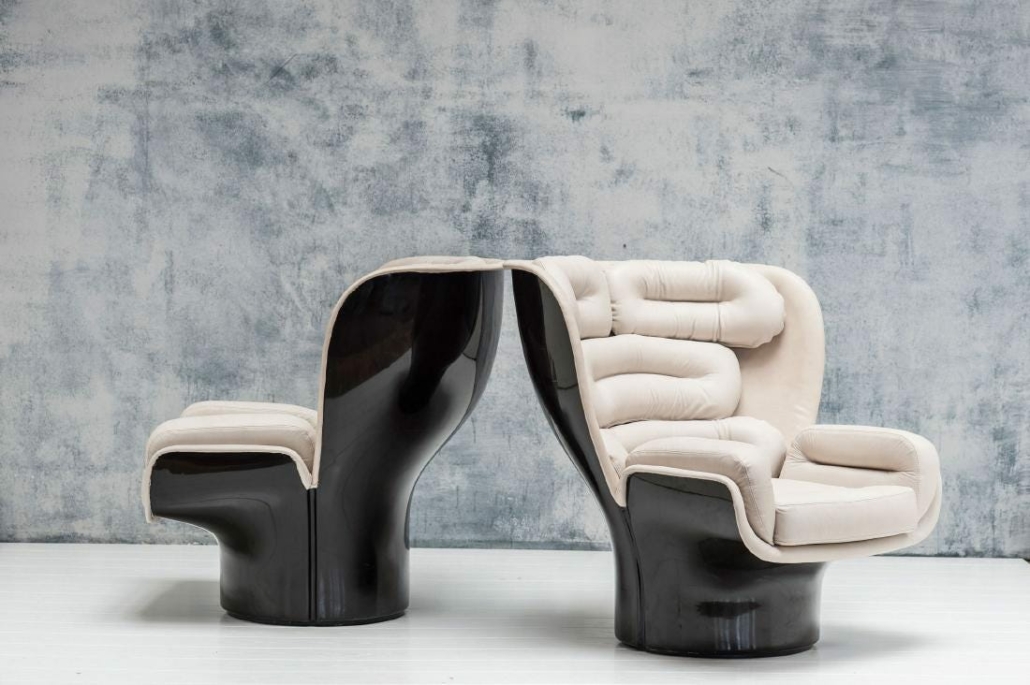 “The different sized seating tubes could be joined together in a number of configurations, which gave the design an inherent functional flexibility, while also offering a degree of playful user interaction,” according to the website of Rago Auctions in Lambertville, New Jersey.

According to the Vitra Design Museum in Germany, which hosted a retrospective of the artist’s works in 2006, Colombo’s furniture pieces truly evoked the Mod aesthetic. “They exude the spirit of the shrill Sixties yet also impress with their functionality and striking forms,” the museum’s website says. 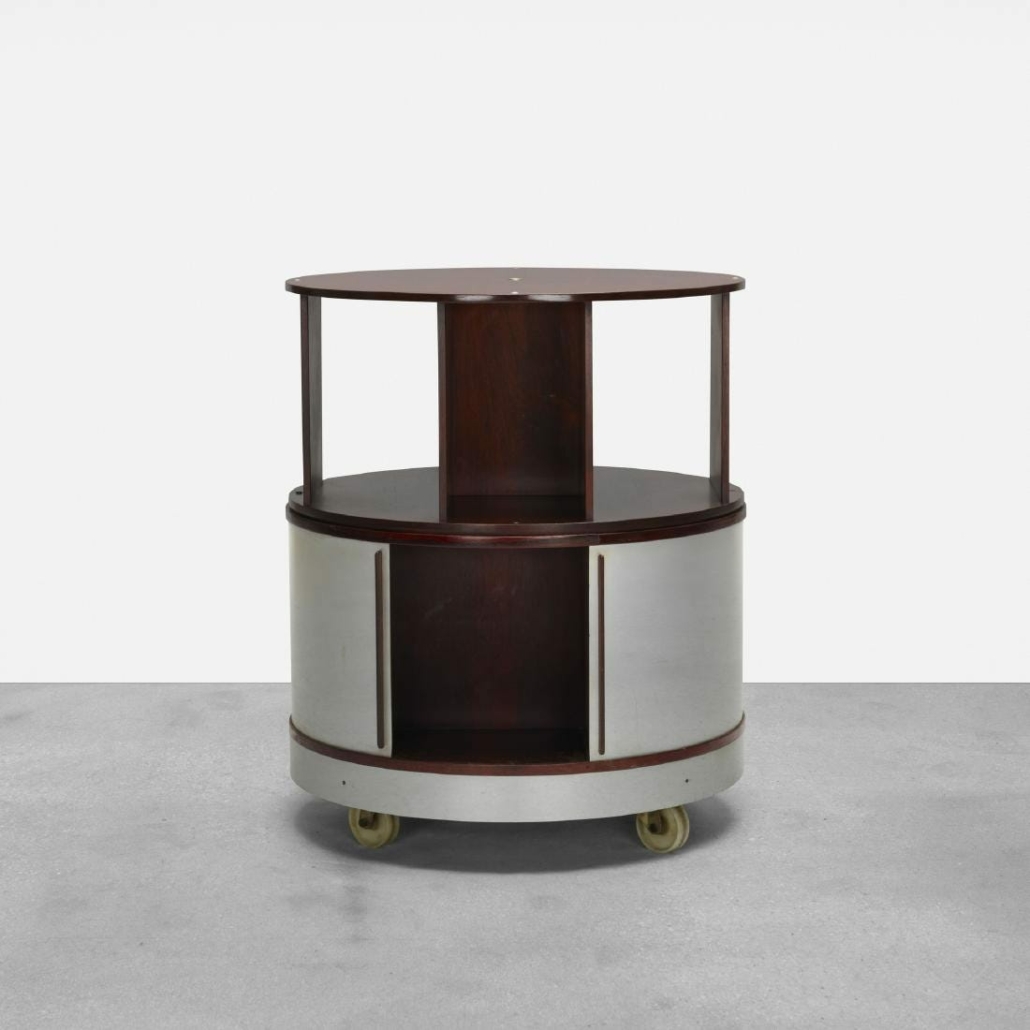 In the post-war years, and particularly in the 1960s and 1970s, design in Italy shifted to more informal and playful styles. Designers such as Colombo tuned into this new aesthetic and recognized the changing needs of contemporary consumers, who packed up and moved more often than their parents and grandparents had.

The top price for Colombo furniture in LiveAuctioneers’ auction results database is a pair of his circa-1970 Living Center lounge chairs, which achieved $55,000 plus the buyer’s premium in June 2009 at Phillips in New York City. The leather, chrome-plated metal, and plastic chairs with brushed aluminum were made by Rosenthal in Germany.

The market for Colombo’s work remains strong, especially at auction. Many of his chairs and storage cabinets have sold for more than $10,000 each, but his Birillo bar stools and other pieces remain affordable to new collectors who are just getting their feet wet. 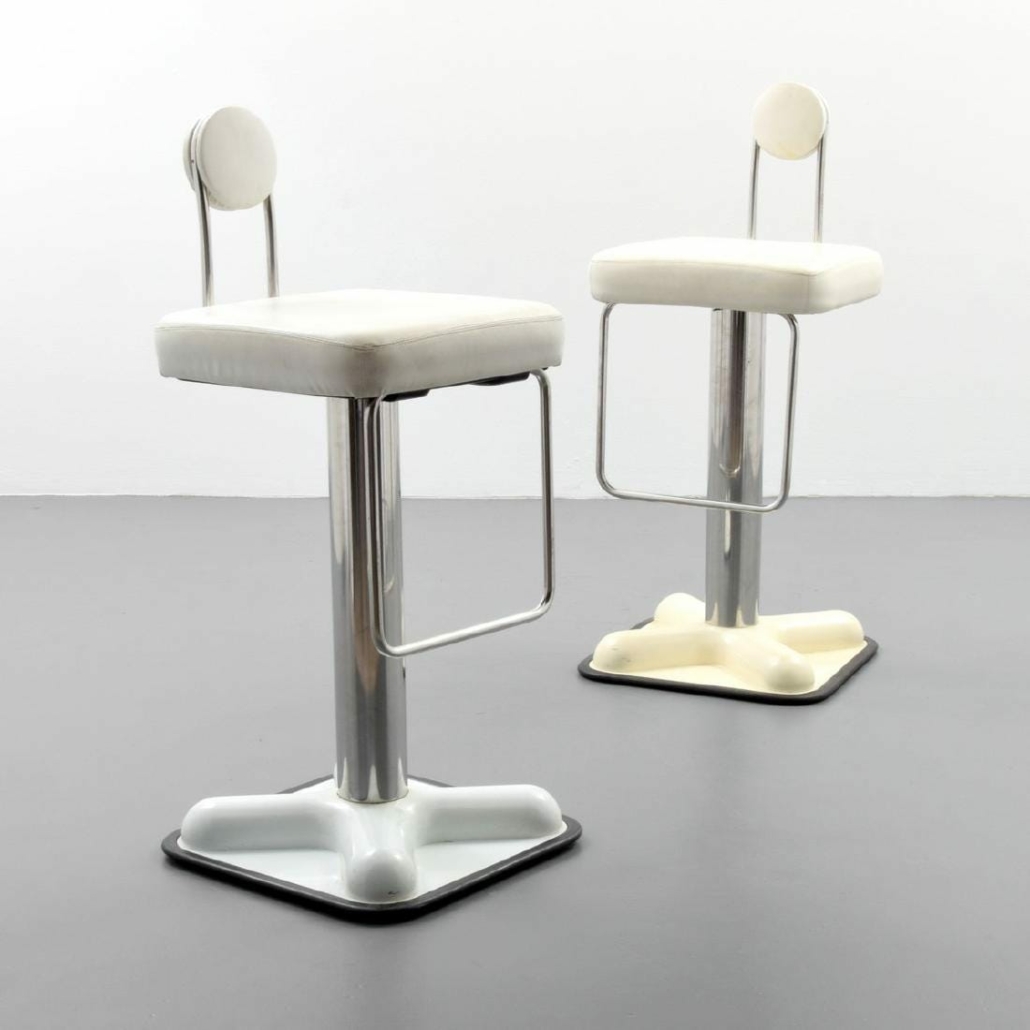 Two Birillo stools sold for $1,000 plus the buyer’s premium in June 2018 at Palm Beach Modern Auctions.

Wade Terwilliger, president of Palm Beach Modern Auctions in West Palm Beach, Florida, said many of Colombo’s design concepts remain relevant today. “The award-winning Birillo design presents an opportunity for enthusiasts to buy a period award-winning design — one that can be found in several museum collections — reasonably at auction.”

Colombo was a designer ahead of his time, long before personal technology and smart houses would become standard. His inventive use of materials and clever designs, coupled with a deep understanding of the connections between people and their ever-evolving habitats, led him to design furniture that remains coveted decades after it was made. 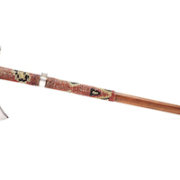 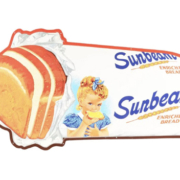 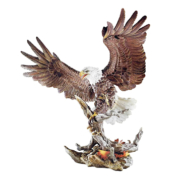 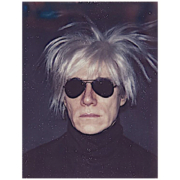