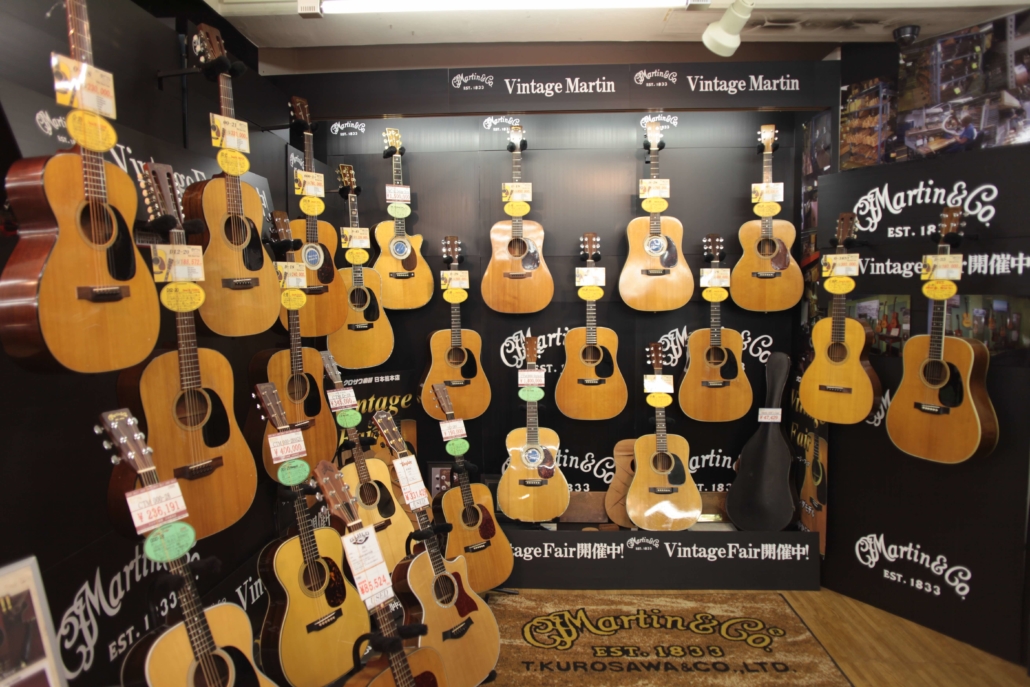 NEW YORK — If there is a gold standard for acoustic guitars, Martin owns it. C.F. Martin & Co., makers of Martin flat-top acoustic guitars and other instruments, opened its doors in New York City in 1833 before moving to Nazareth, Pennsylvania, in 1839. Musicians worldwide, from amateur players to professionals like Johnny Cash, the Beatles and Bob Dylan, have embraced Martins, especially its earlier models.

Vintage Martin guitars continue to be a solid investment for collectors, with a particular demand for guitars from Martin’s “golden era” (late 1920s into 1930s) and 1950s. Both players and collectors of musical instruments revere the Martin brand and its unwavering insistence on handcrafted quality.

The majority of Martin guitars is its “flat top” model, although Martin made arch-top models, too, in the 1930s. They came in different sizes, and the bigger ones, the dreadnoughts, gave a bigger sound and are the most collectible. But in recent times, interest has grown in its smaller-body models too.

“Martin guitars are some of the most desirable instruments out there, particularly on the acoustic side of things, but also in general for the vintage guitar market,” said Chris Gill, the former editor-in-chief of Guitar Aficionado magazine. He currently works as a vintage and celebrity guitar historian and sales consultant and is the author/editor of several upcoming publications for Athlon Media Group/Parade. 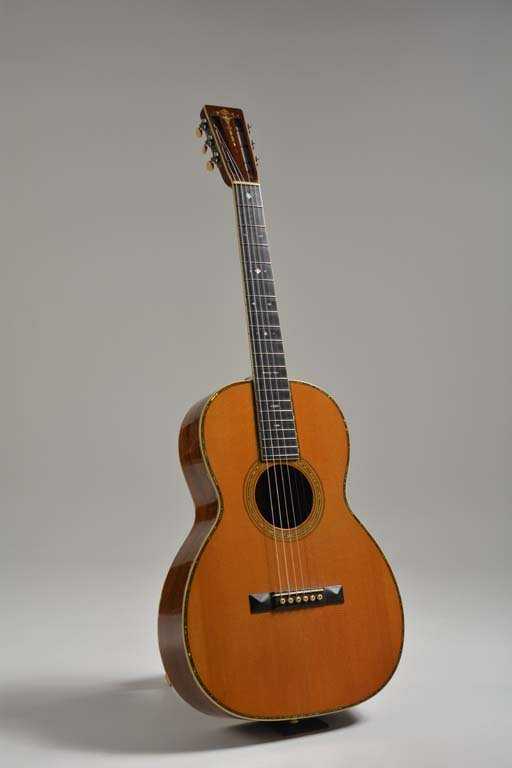 Single, double and triple O model Martins are highly collectible. A 1928 Martin 00-45 sold for $26,000 in February 2016 at Guernsey’s. Photo courtesy of Guernsey’s and LiveAuctioneers

Of Martin’s golden age in the 1930s, Gill said, “There were a number of innovations they had done, and combined with craftsmanship and the quality of the materials, everything all came together in this magical period where they are making incredible instruments. On top of that, we were also going through the Great Depression, so there weren’t a lot of instruments being made at the higher end, so you have these great instruments and rarity, and that’s what’s made them so collectible over the years.”

Rarity indeed pushed demand, ensuring a robust market for vintage Martins. “It’s strong, but it may not be quite as strong as it was in the past. Really, the heyday was the mid-2000s, just before the stock market crash, but it’s coming back pretty strong,” Gill said. “The one thing that’s probably the biggest development is the fact that Martin today is making guitars extremely well, probably as good or better than during the golden age of Martin.” 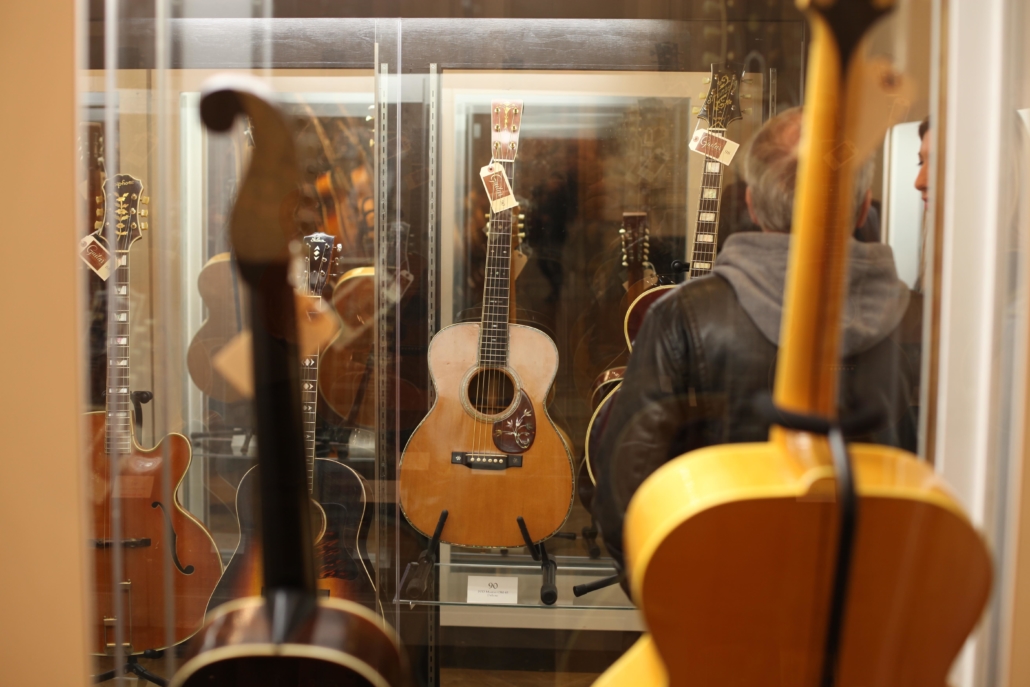 The 1930 Martin OM-45 De Luxe (center) is one of the rarest and most desirable vintage acoustic flattop guitars ever made. Photo ©Chris Gill

The guitar boom of the 1960s amid a manufacturing decline helped drive demand for vintage instruments, which were made better than those being made at that time, he added.

Among vintage Martins, certain models are in high demand. “For years, the D series dreadnoughts like the D-18, the D-28 and particularly the D45 have remained a constant. Those were like the big-body dreadnoughts,” Gill said. “Those have always been perennial favorites, and the interest in those has never really declined.”

“What we are seeing is increased interest in the smaller-body models. There is the OM, or orchestral model, in particular, which Martin developed in the late 1920s. That was a precursor to the modern steel string acoustic guitar. That was really where all the innovations came together — coalesced — and players just really loved those instruments, especially today where you have more finger-style players looking for more balanced sound. The dreadnoughts are a little bit better for someone who is like a frontman or singer that wants something with a big driving bass and a big sound.”

“Anything with the 45 style, in particular, has always been quite popular because that is the most ornate model, so an OM-45 model is a very desirable instrument and is right up there with the D-45 as far as collectability and desirability,” he added.

Some of the best-selling Martins auctioned in recent years echo these trends. A Bob Dylan-owned and stage-played 1963 Martin D-28 acoustic guitar, serial #196405, used at George Harrison’s Concert for Bangladesh in 1971, sold for $320,000 at Heritage Auctions in November 2017.

Martin’s fine OM-45 De Luxe, made in 1930, features striking inlay. An example sold at Guernsey’s in April 2014 for $300,000. Fewer than 10 OM-45 De Luxe guitars are known today and Martin’s most skilled craftsmen built only 11 of these models during the 1930s using the finest available materials. “Equally impressive in both form and function, it is acclaimed by many as the most beautiful, collectible, and valuable guitar that Martin ever made, built by the company’s finest craftsmen during a period considered to be their best,” the auction catalog noted. 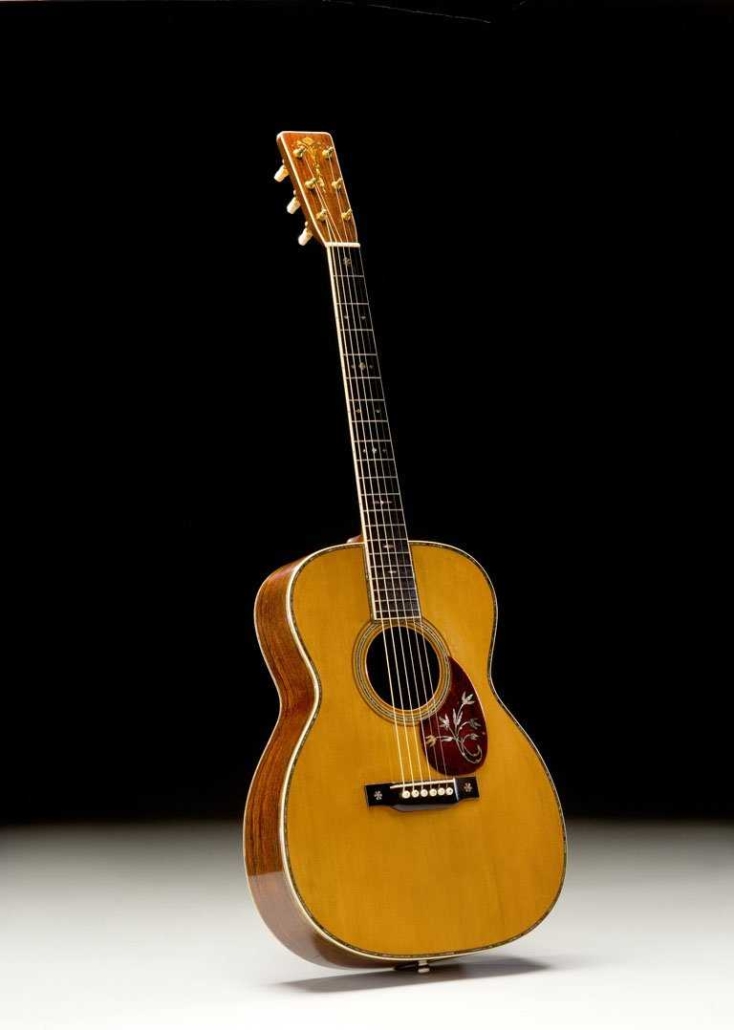 This 1930 Martin OM-45 De Luxe guitar with minimal restoration and striking inlay earned $300,000 at Guernsey’s in April 2014. Photo courtesy of Guernsey’s and LiveAuctioneers

Guernsey’s in New York City has auctioned off quite a few standout Martins. “We have been humbled to have offered to us extremely rare and important guitars,” said Guernsey’s President Arlan Ettinger. “Guitars in terms of their sale can be roughly divided into two categories. There are guitars desirable by virtue of their rarity, beautiful construction and fine condition, and there are guitars desirable by virtue of who played them,” he said. Within the latter category, known as celebrity guitars, there is a world of difference in value between a guitar that is merely signed by a famous musician and one that was played by that musician onstage. “Most of the Martins we have sold over the years have been [valued for] their rarity and condition. Martins are really stunning instruments,” Ettinger said.