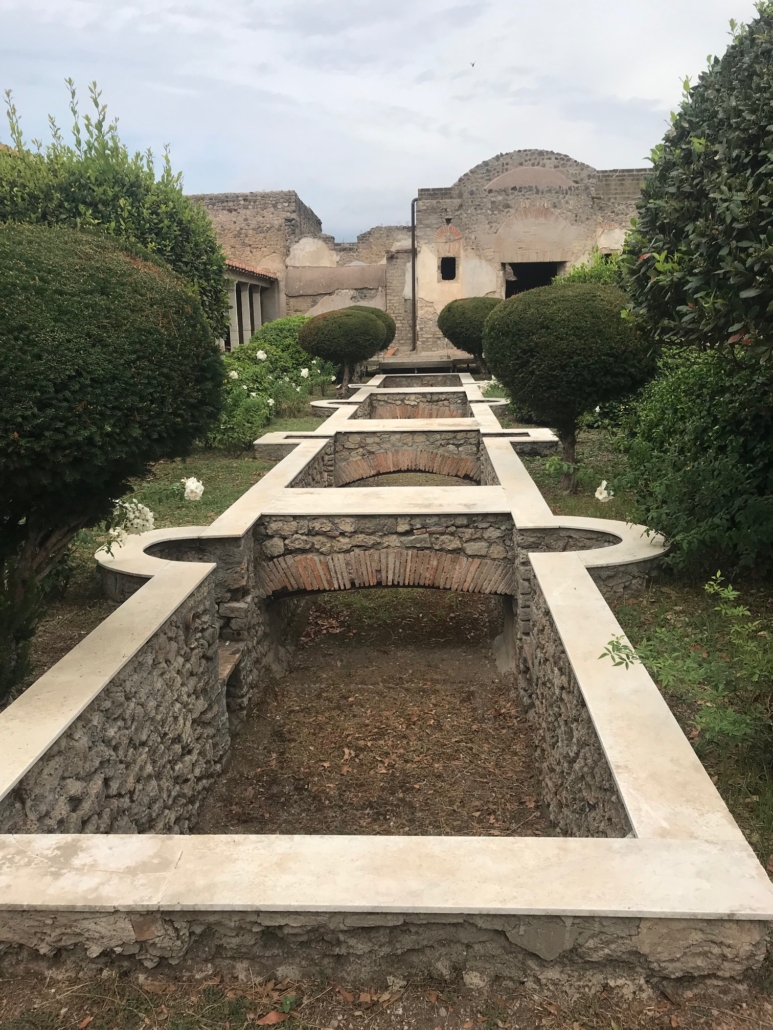 The Praeda di Giulia Felice was one of the first homes excavated in Pompeii, and serves as a key example of what is known as an urban villa, with several buildings incorporated into one complex. Green areas and water features are characteristic of these villas. Photo credit Andrea Valluzzo

NEW YORK — Ancient Pompeiians lived a life many would dream of. The year-round pleasant climate encouraged them to spend much of their time outdoors. Dining al fresco was a favorite pastime, and most houses in Pompeii, particularly the extensive villas owned by the city’s elite, had their own gardens. Sited near the bay of Naples, the area was a prime hub for travel and trade. Yes, Pompeii rested in the path of Mount Vesuvius, an active volcano. Those who called the Roman colony their home made peace with that fact, until 79 A.D., when Vesuvius suddenly and infamously changed everything.

By August of the year 79, the area was a proper city. Small houses, large villas, shops and basilicas coexisted along a network of roads, many of which were lined with stepping stones to keep people’s feet dry from wastewater, animal droppings, and the like. Entertainment was important to the residents, and the Roman amphitheater on the outer edge of the city is one of the oldest that survives. In its day, it hosted bloody gladiator battles that drew thousands of spectators. There were also theaters that hosted comedies and tragedies. Owing to the confluence of trade routes and the many visitors who moved through Pompeii, the locals were up-to-date on fashion and beauty trends from Rome and elsewhere. Pompeiians decorated their walls with vivid frescoes inside and out not just to brighten them, but make them look larger. 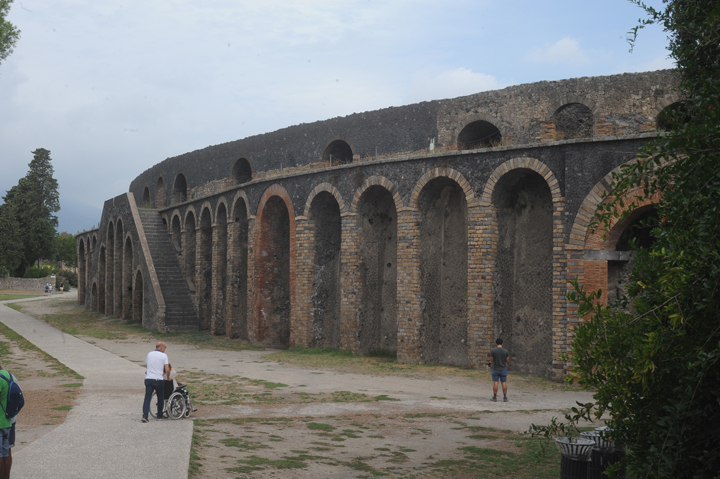 Pompeii’s amphitheater dates to the year 70 and is one of the oldest open-air venues of this type in the world. It was said to be able to host an audience of as many as 20,000. Photo credit Andrea Valluzzo

The eruption of Mt. Vesuvius on August 24, 79 A.D., sent tons of pulverized pumice, superheated air and gases and ash raining down on Pompeii, burying it under at least six meters (almost 20 feet) of debris. Most of the buildings in Pompeii were left with only their lower walls as their second stories and roofs were destroyed by a barrage of pumice stones. The nearby town of Herculaneum was also buried, but the volcano hit it after Pompeii’s destruction, allowing many to escape. It was covered with about 25 meters (82 feet) of ash, making excavation more challenging. Archaeologists didn’t begin work until the 1800s.

Pompeii remained buried until an architect discovered it in the late 16th century. Excavation projects started in 1748 and continue to this day. Pompeii is the longest continually excavated archaeological site in the world and measures some 66 hectares, 49 of which have been explored. The rest awaits discovery. 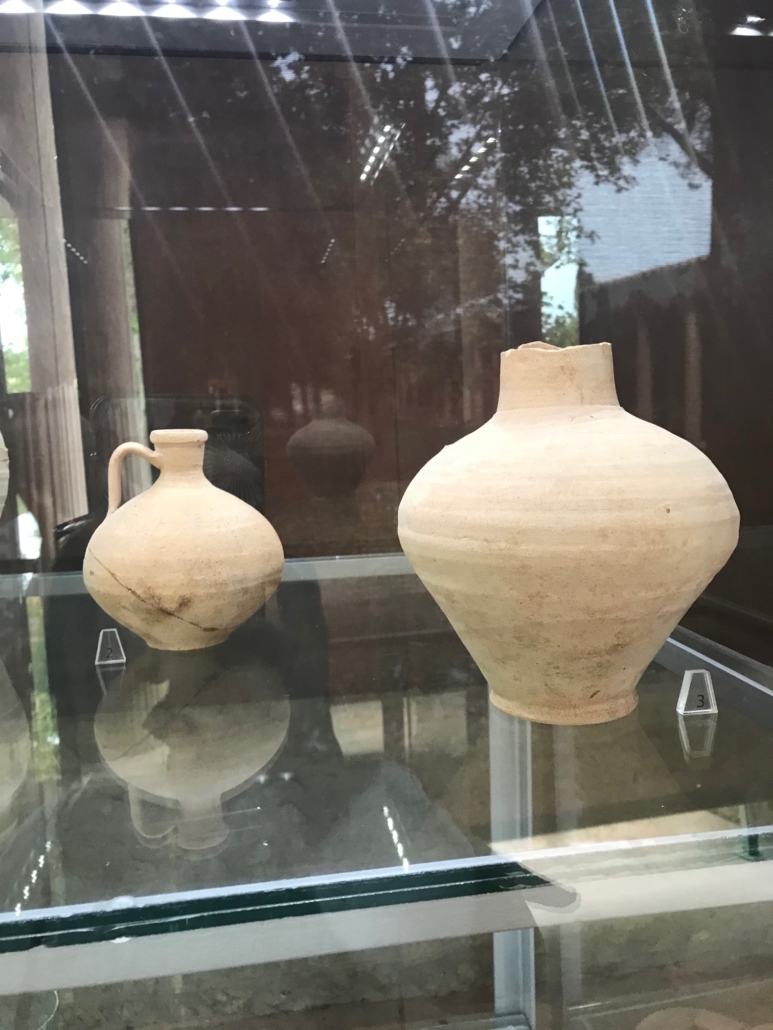 In the Palestra Grande, which was once a large gym used for training young athletes, locally-made jugs are among the excavated objects on display. Photo credit Andrea Valluzzo 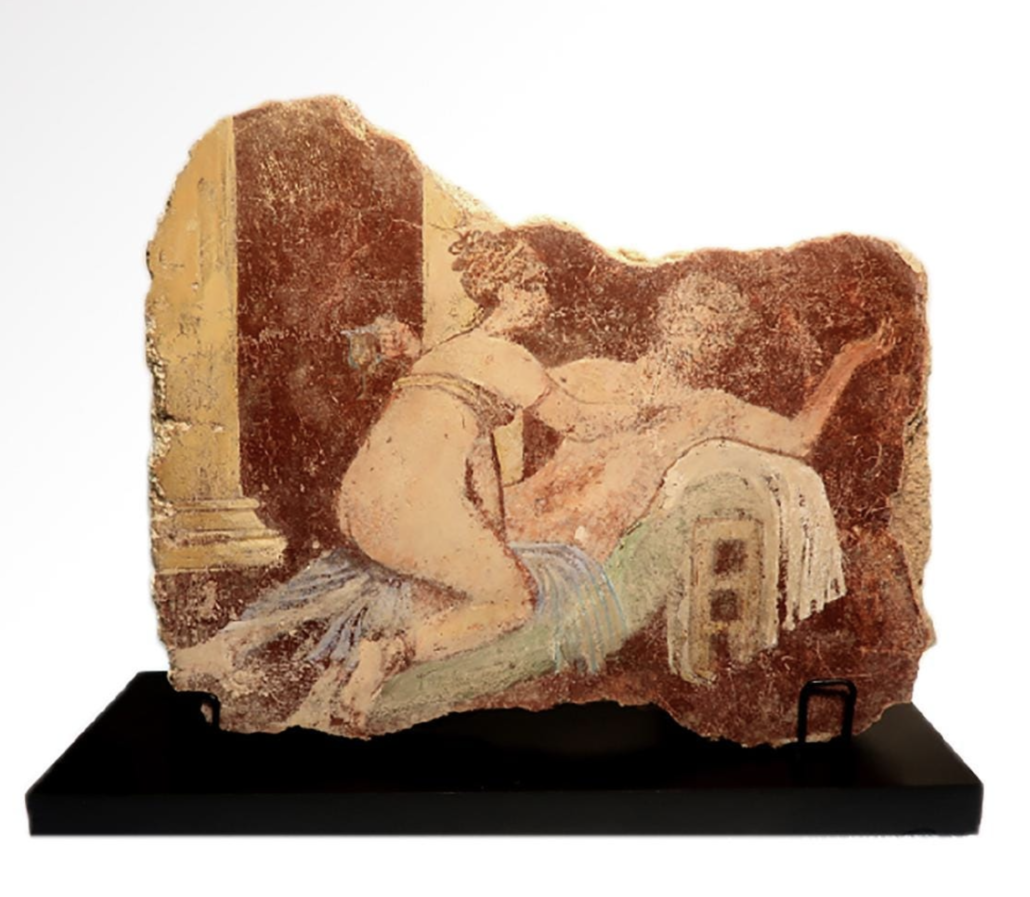 Most of the homes and villas in the Archaeological Park of Pompeii were named in contemporary times by excavators. Occasionally, evidence of what was thought to be the original owner’s name could be found in the building’s facade. The Praeda di Giulia Felice is so called because the name Giulia Felice was discovered in an inscription painted on the facade of its building complex, a structure known as an “urban villa.”

Pompeii attracted nearly three million visitors before the pandemic. Attendance fell sharply in 2020 but has since recovered. Green passes and COVID vaccination cards are required for entry. 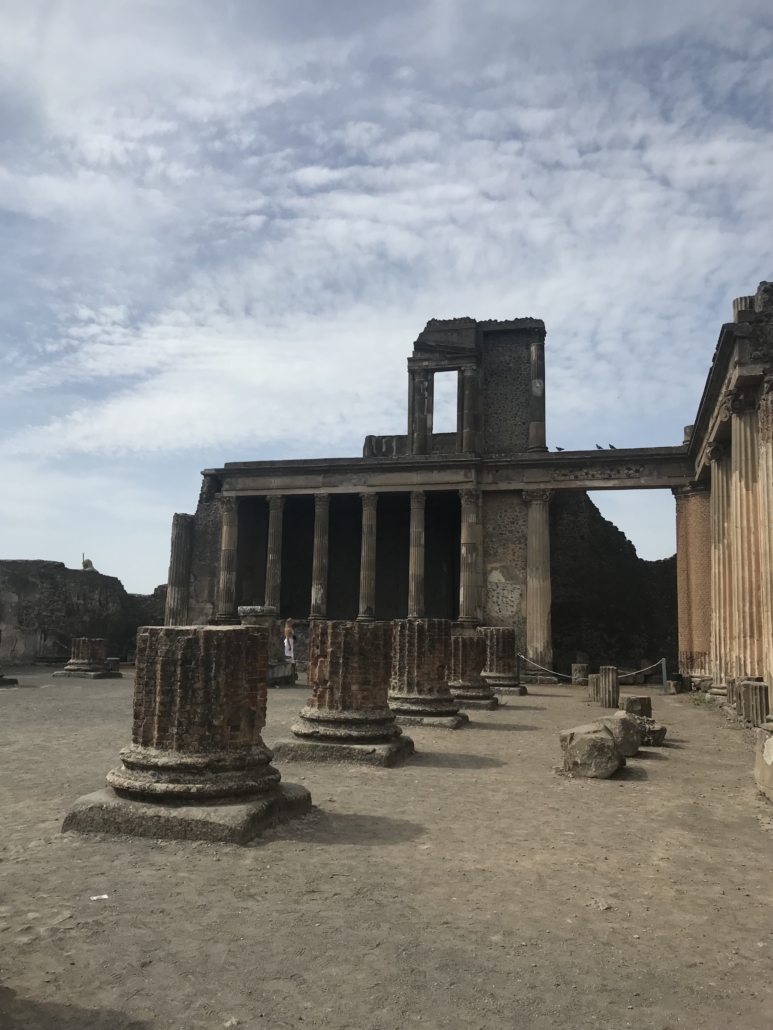 Excavated in the 1800s, the Forum was located on the west side of Pompeii, but it was the center for religious, political, business and cultural activities. Photo credit Andrea Valluzzo

The city’s stone and marble statuary has been well preserved, even if a few limbs are missing here and there. A statue to Apollo in Pompeii’s Forum (Foro in Italian), surveys the landscape from its tall pedestal. 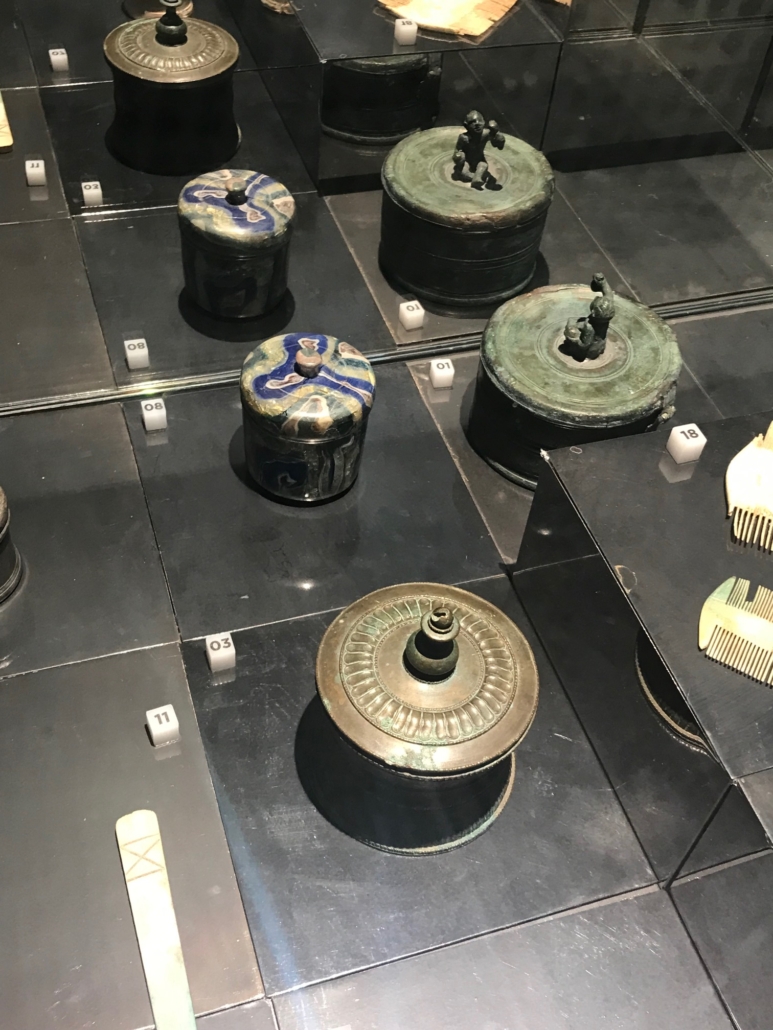 A display in the Palestra Grande showcases a collection of small metal storage containers with lids and decorative finials. Photo credit Andrea Valluzzo

Centuries ago, Emperor Augustus sent youths to the Palestra Grande (a term that means “large gym”) to train as athletes; today it houses permanent exhibitions of some of the more delicate artifacts that have been excavated, including frescoes, pottery, combs, marble statuary and even remains of food, such as now-blackened seeds, garlic, bread and residues from wine harvests. Objects on view include an amphora for dried fruit, an olla with lentils, a blown-glass perfume bottle, and locally made jars for food storage.

By understanding how the Pompeiians lived, one gains a deeper understanding of the art and culture of this ancient Roman city and its continuing influence today.

Pompeii: Ancient city of the dead ‘buried’ in tourists