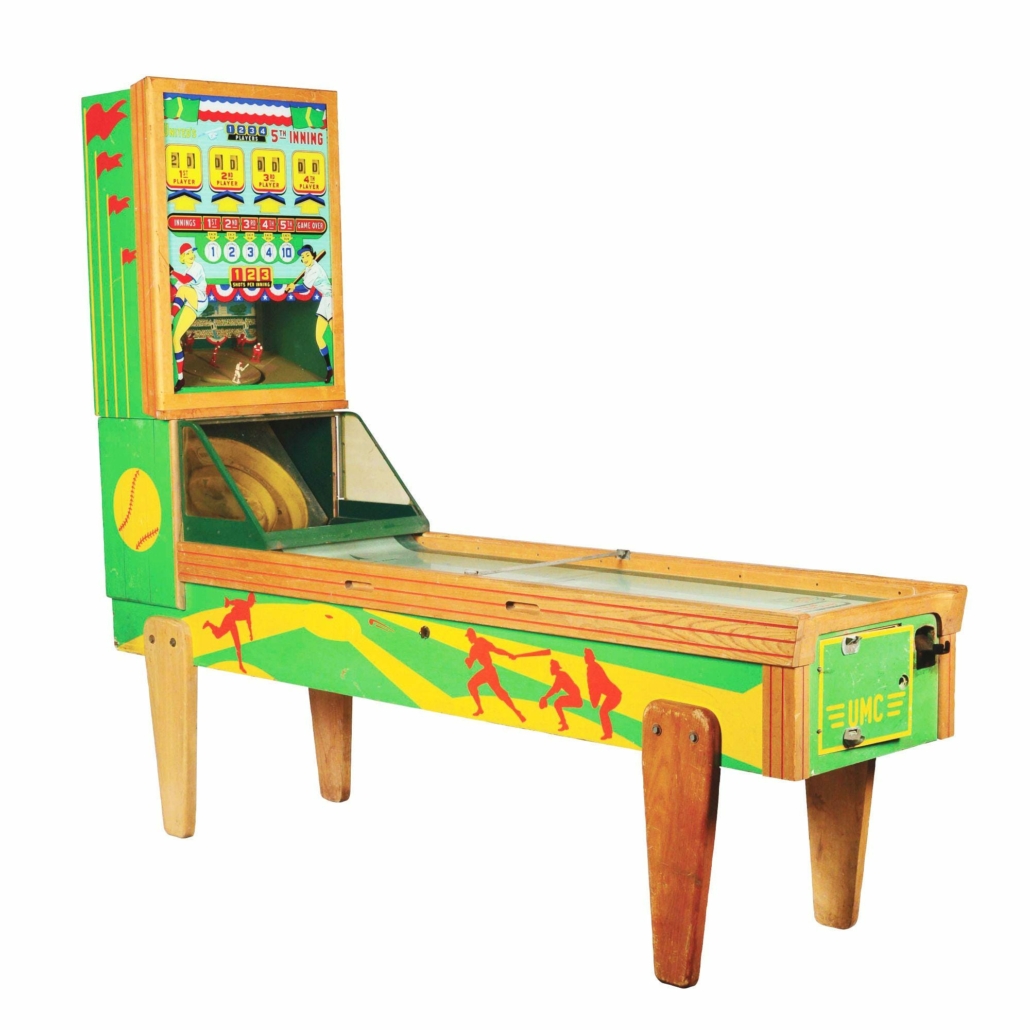 A hybrid game of sorts, this circa-1955 United 5th Inning shuffle alley machine combines the action of baseball, target and shuffle games. It realized $2,250 plus the buyer’s premium in October 2020 at Dan Morphy Auctions.

NEW YORK — Skee-Ball games are a fixture at amusement parks, seaside boardwalk arcades and carnivals. This classic game — part skill, part chance — was invented in 1908 and is still bowling over fans today. Many collectors are on the lookout for a vintage Skee-Ball arcade game to their game rooms or man caves.

Patented in 1908 by its inventor, Joseph Fourestier Simpson in southern New Jersey, the bowling game was licensed to two men who created the Skee-Ball Alley Company and began selling them. The machines were hyped as requiring little attention from the operator while giving much enjoyment to players and even offering a moderate amount of exercise. They were an instant hit with players and Skee-Ball machines soon could be found up and down the Eastern seaboard. They were especially prolific in Philadelphia and New York’s famous Coney Island, which was once nicknamed the “Playground of the World” because of its two large amusement parks there. 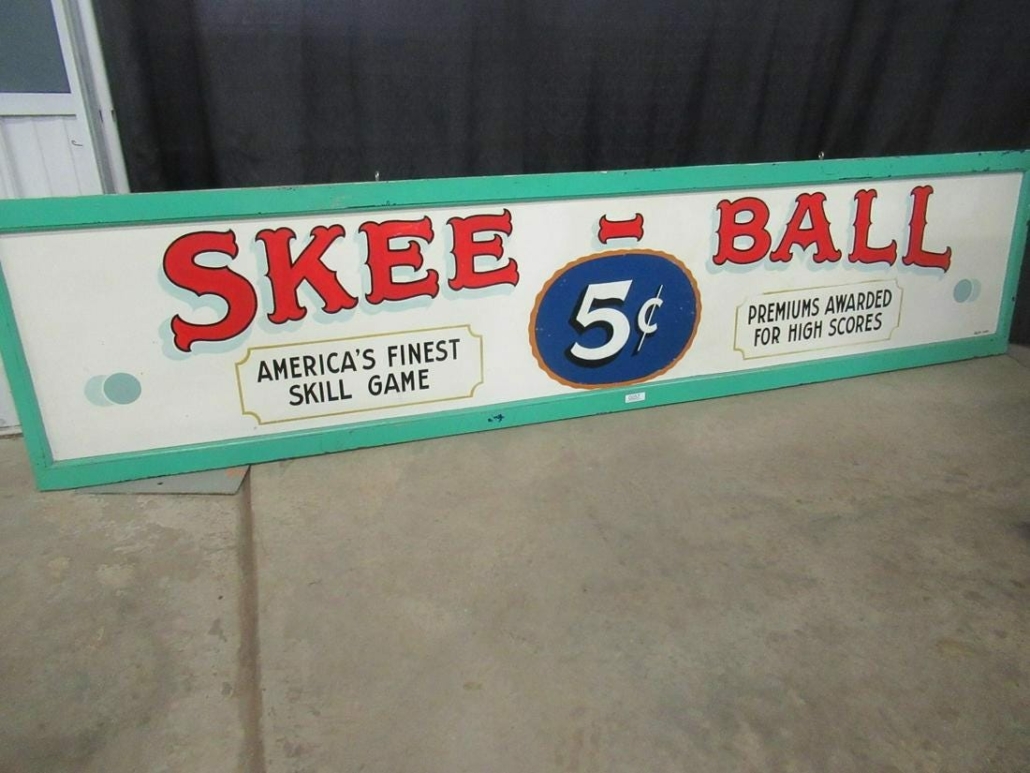 Even signs and memorabilia associated with Skee-Ball are in demand. This original Skee-Ball sign from Canada’s Crystal Beach Amusement Park earned $3,000 plus the buyer’s premium in June 2020 at Schultz Auctioneers.

Skee-ball was the first alley roller game and is reportedly the oldest arcade game still in production. The company changed hands several times and its tradition is continued today by Bay Tek Entertainment in Pulaski, Wisconsin. The company also released modern alley machines with full lighting and electronic updates to meet the demands of those who prefer high-tech entertainment. During the pandemic, the collectibles market overall saw an upswing in nostalgia-driven buying. Far from being just a childhood memory for some, Skee-Ball is still enjoyed today. There are even Skee-Ball leagues for people who want to play competitively. 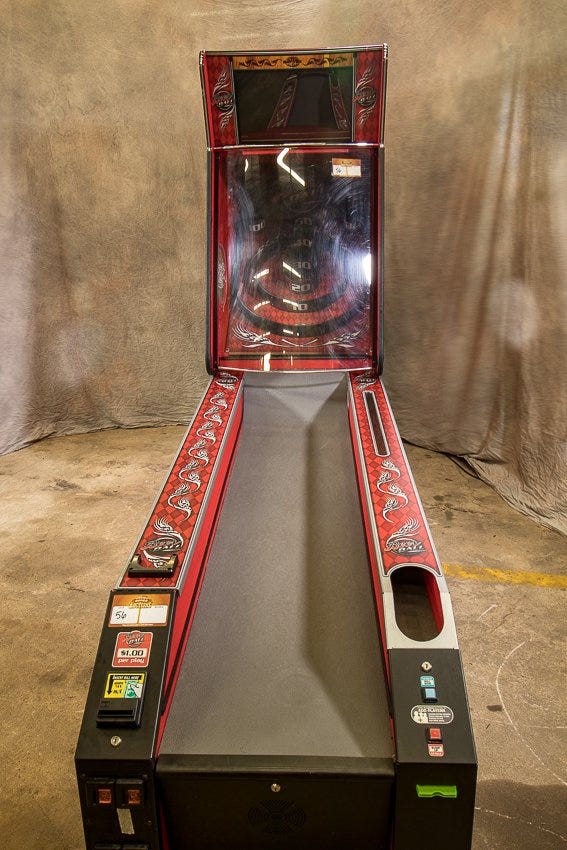 This contemporary Beer Ball version of the classic game is made by Bay Tek and boasts a flat screen LCD display. It fetched $2,000 plus the buyer’s premium in January 2017 at Super Auctions.

From early ads in Billboard magazine, the Skee-Ball Alley Company grew slowly but steadily in developing its fan base. The game is simple in design, with players rolling the ball down an alley towards scored target holes or pockets, with the ball becoming airborne when it hits a so-called “skee-jump” ramp. Points are scored and winning tickets are dispensed to winners automatically, making game attendants unnecessary.

In a 1909 article, the magazine Popular Mechanics described the genesis of the game’s creatively-spelled moniker as a twist on ski jumpers, noting that the balls are jumped “into the pockets in the same manner as a skee-jumper.” Standard Skee-Ball comes with nine balls (although four-ball versions are the standard for smaller machines), and the pocket sizes were varied to make certain ones more challenging.

Over the years, several other companies have become well-known for machines similar to Skee-Ball. Despite these games’ sizable footprints, they have replaced jukeboxes in many bars. The original Skee-Ball alleys were made in two 16ft sections and totaled 32 feet in length. Later on, smaller versions were made, with the standard being 13-ft models.

Interestingly, the Rock-Ola Manufacturing Company, which started making jukeboxes in the 1930s, also got into the pinball and arcade market and made several Skee-Ball-type machines in the mid-to-late 1930s. The circa-1936 example pictured below is one of only three known. It demonstrates what collectors look for: great original patina, fine Art Deco styling, and colorful accents. 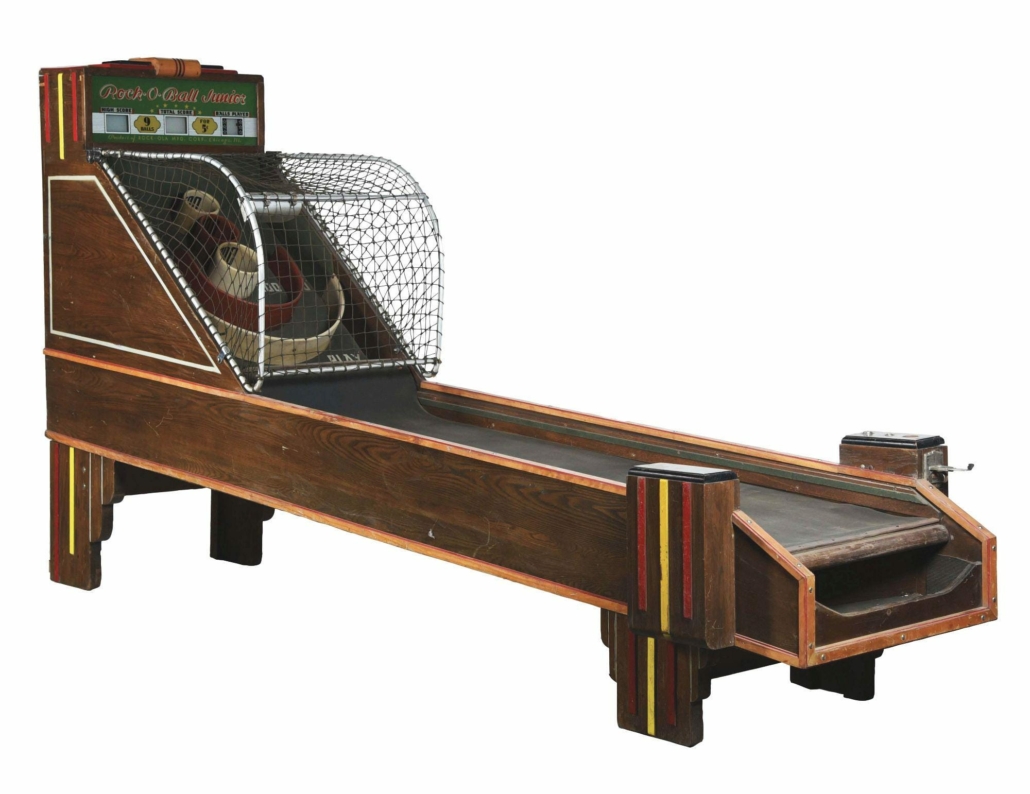 Hybridized Skee-Ball-type machines that don’t involve the player rolling the ball are also popular and often embrace sports themes. Early pinball machine maker Chicago Coin made several such machines that are highly collectible today, including its Midget Skee-Ball arcade machine, shown below. Instead of a person rolling the ball by hand, the player controls a mechanized basketball player who throws basketballs into the targets. The 1949 museum-quality example shown below was painted in a vivid reddish-orange color. It also boasts a light-up display that is illuminated by the player’s score. 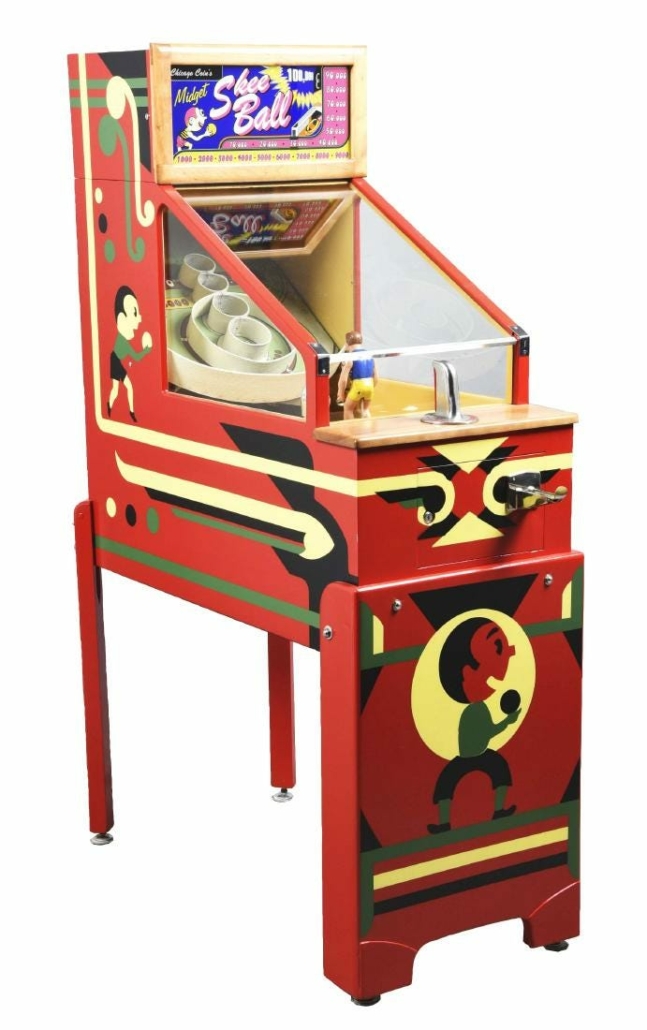 In gorgeous condition with its intense orange, green, yellow and black paint, this Chicago Coin Midget Skee Ball machine made $25,000 plus the buyer’s premium at Dan Morphy Auctions in January 2018.

Another fine example is the circa-1955 United 5th Inning baseball-themed model shown at the top of this page. It has animated running men in the backbox that represent a player’s baserunners. “This rare four-player baseball game has 3D baseball players and functions like a cross between shuffle alley and a Skee-Ball game, known to collectors as a ‘Skee-alley game,’” says Dan Morphy Auctions’ catalog description.

From traditional bowling-type Skee-Ball games to adaptations and crossover versions, Skee-Ball has multigenerational appeal. Rather than something a collector might simply admire on a shelf or wall, these exciting, interactive amusements are meant to be played. 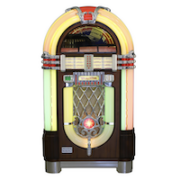 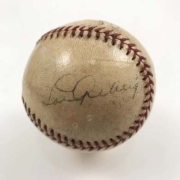 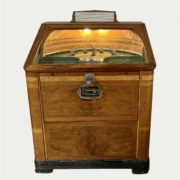 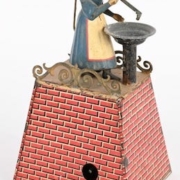 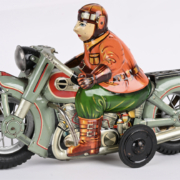 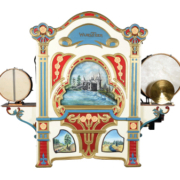