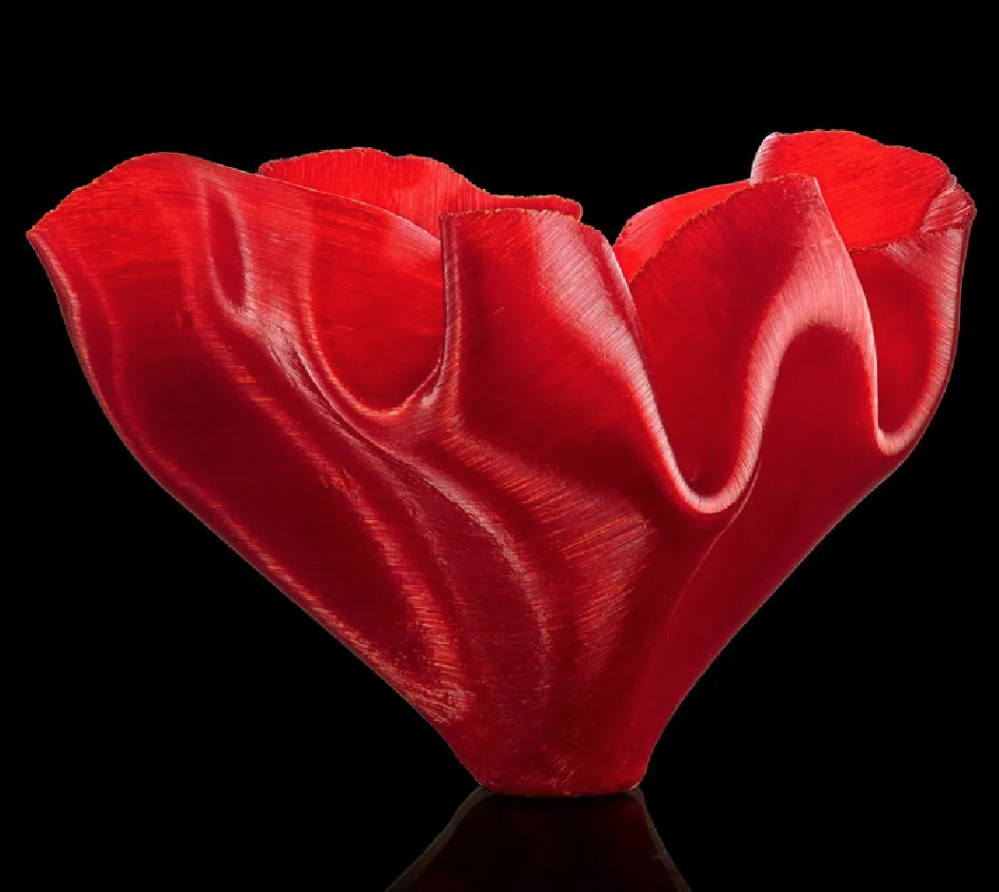 NEW YORK — American glass artist Toots Zynsky (b. 1951-) is celebrated for her fused glass works, which ripple with muted colors that seem to come from nature itself and boast the most vivid colors imaginable.

Born Mary Ann Zynsky, she graduated from the Rhode Island School of Design and studied at Seattle’s renowned Pilchuck Glass School under Dale Chihuly at his invitation in the formational days of the school. “Her experimental work — which was characteristic of much of the art being made in the 1970s — was important for the development of glass as a material to explore issues in contemporary art,” according to the Corning Museum of Glass.

One of the most experimental artists of the American studio glass movement, Zynsky began working with spun-glass vessels in the early 1980s in New York and soon began creating pieces that married thousands of fused glass threads — all wire-thin — with blown forms that fused inside the hot kiln. Initially, she pulled threads by hand from glass canes, but later she built a machine to do the pulling for her. 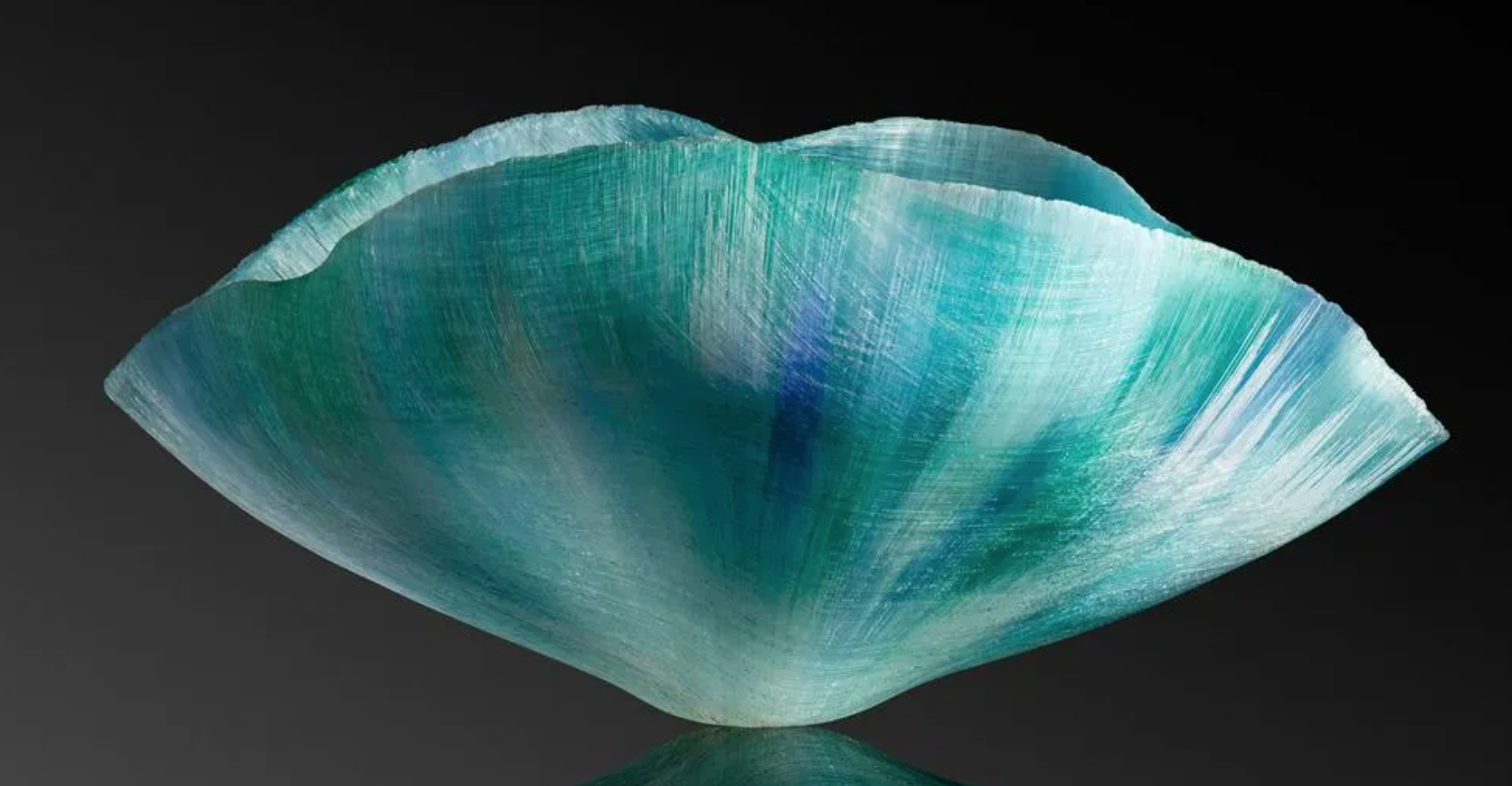 This Toots Zynsky ‘Cavedio’ vessel realized $17,250 plus the buyer’s premium in April 2021. Image courtesy of Habatat Galleries and LiveAuctioneers.

She dubbed her new technique of glass-working as filet de verre (glass thread), and she has worked with up to 60 different colors at a time, layering threads in circles and stacking colors to create multiple layers. She then fuses, or slumps, the threads in kilns that reach temperatures of 640 degrees celsius. For many works, especially taller ones turned upside down over a cone-shaped form, Zynsky dons heat-resistant gloves and squeezes the hot glass together to give it its rippling appearance. An example of her works that seem to undulate in three dimensions is a large Cavedio vessel from 2001, which realized $17,250 plus the buyer’s premium in April 2021 at Habatat Galleries.

Suzanne Perrault, president and modern glass specialist at Rago Arts and Auction Center in Lambertville, Pennsylvania, is unquestionably a fan of Zynsky. “Toots’s works take my breath away,” she said. “Looking at what she has been creating in the 21st century, when her forms have opened and lightened up, growing from an elegant vertical foot and spreading out in mannerist proportions with floral folds, like they’re made of stiffened silk organza, I can’t help but shake my head. It’s the glass version of a ball gown by Carolina Herrera.”

Zynsky has come a long way from her early works at Venini, where she would wrap a thin, contrasting glass thread over a still, clear cylinder, very much in the style of Swedish artist Bengt Edenfalk’s Spun series of the 1950s and 60s. “She then developed her very own technique of stretching glass rods to near infinity (filets de verre), which she meticulously layers this way and that to weave a most original ‘fabric’ of glass,” Perrault said.

Many of her sculptural works are triangular, with the edges nearly folded and crumpled upon one another, but she also makes open-form bowls and vessels. But it’s her bold exploration of color that people instantly notice, commanding and holding their attention. 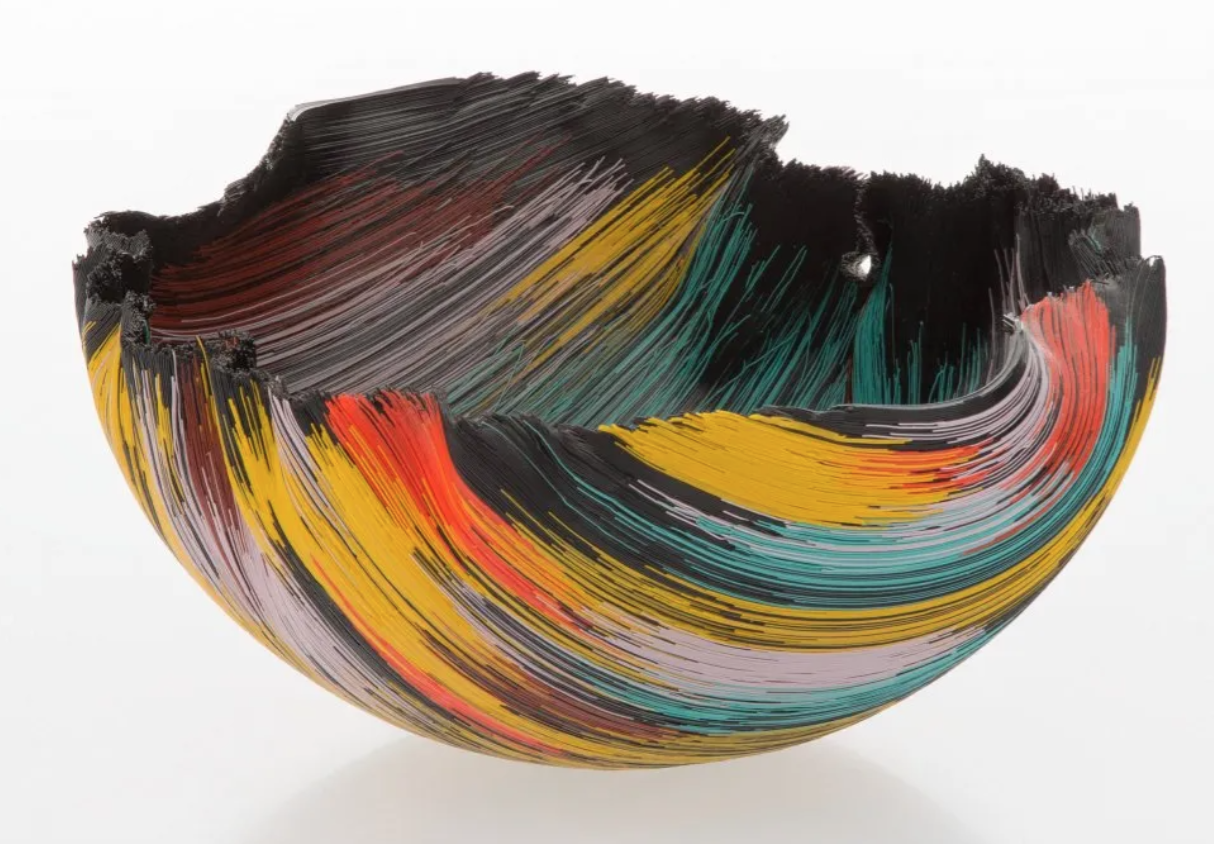 A circa-1990 multi-hued Toots Zynsky vessel earned $15,000 plus the buyer’s premium in October 2020. Image courtesy of Heritage Auctions and LiveAuctioneers.

Zynsky has an instinctual affinity for striking and subtle swaths of colors. She has been quoted as saying when she hears music, it translates into color. She even did a research project for six months in the mid-1980s in Ghana, studying and recording its music. Combining the disciplines of sculpture and painting, Zynsky’s works can be described as symphonies of color, which is evident in a circa-1990 vessel, resplendent as a peacock, with nearly every color under the sun represented. This piece earned $15,000 plus the buyer’s premium in October 2020 at Heritage Auctions. 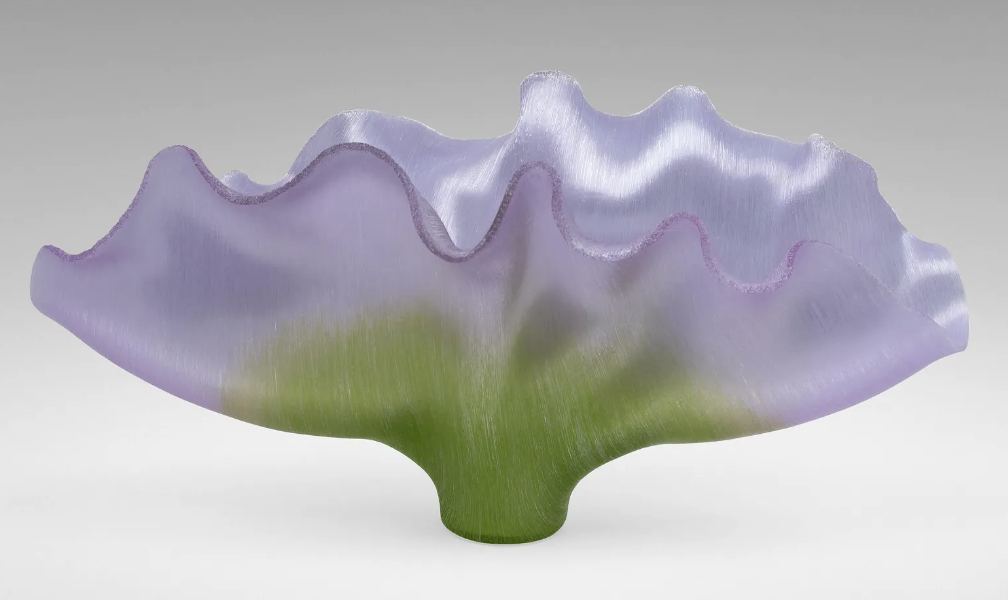 Toots Zynsky’s ‘Spensierato’ vessel sold for $35,000 plus the buyer’s premium in May 2021. Image courtesy of Rago Arts and Auction Center and LiveAuctioneers.

One of her more recent pieces, Spensierato, from 2020, sold for $35,000 plus the buyer’s premium in May 2021 at Rago Arts and Auction Center. Its filet de verre work consisted of hundreds of fused and thermoformed glass threads and reflects an ombre-like melding of the purple and green hues. The title, which translates to “carefree” or “breezy,” aptly sums up the mood of the piece.

“While I appreciate the brilliant, Quetzal-bird-like color patches of earlier works — very popular with collectors of secondary market works at auction, too — I so very much enjoy the more recent subtle transition of one hue to the next, like in Spensierato (2020) or the shimmering copper monochrome of Ambasciatrice (2016),” Perrault said. “She is returning to vivid patches on her recent works to excellent and novel effect, continuing to change and refine her artistic message.  The auction results of most pieces done in the last 20 years are very strong and show no signs of weakening.” 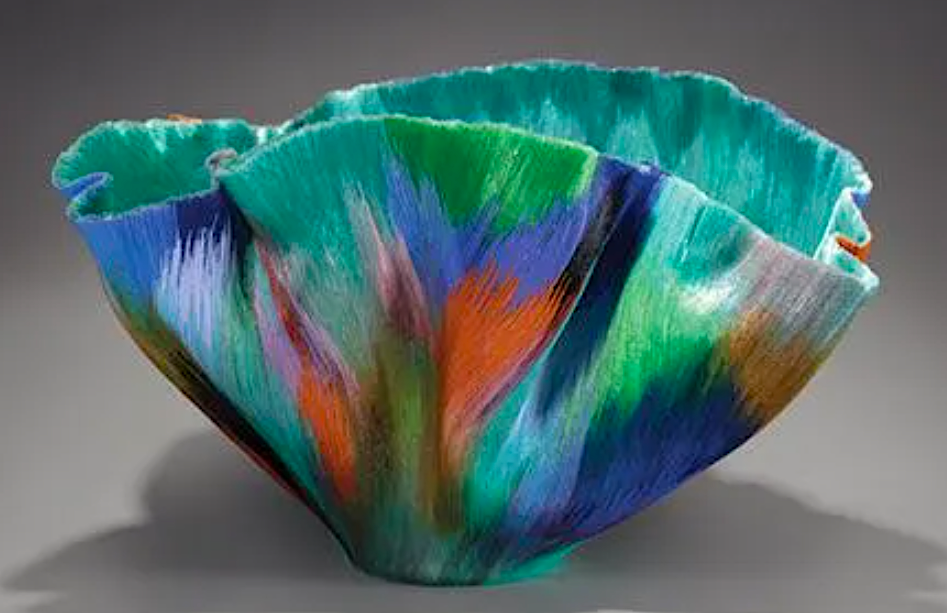 An oblong triangular bowl Toots Zynsky made in 1998 and dubbed ‘Magnificent Chaos’ brought $26,000 plus the buyer’s premium in June 2020. Image courtesy of Neal Auction Company and LiveAuctioneers.

Crumpled edges are a distinctive feature on many of her vessels, including Magnificent Chaos, a 1998 bowl that brought $26,000 plus the buyer’s premium in June 2020 at Neal Auction Company. The interior is a solid sea green while the outer surfaces are a striking patchwork, expertly blended, of colors ranging from lavender and navy blue to red and bright green.

Zynsky’s use of color is akin to a painter working from a palette, and in her vessels, it is very much like she is painting with colored glass. In some works, she expertly blends a few colors together that appear as pale and delicate as flower blossoms or use bold combinations of multiple colors. In others, she focuses on a single powerful color, such as a red filet-de-verre vessel from 2015, Calderone Mizimah, which brought $22,000 plus the buyer’s premium in September 2017 at Rago Arts and Auction Center.

Zynsky’s glass works defy easy categorization and continue to enthrall art glass collectors with her signature technique and her use of color. She keeps on challenging herself, and her evolving vessels remain a surprise and delight. 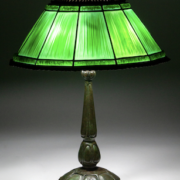 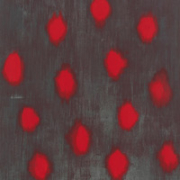 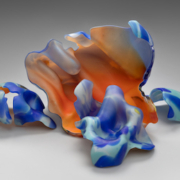 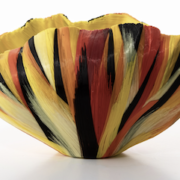 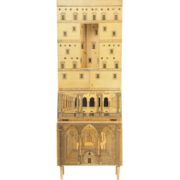 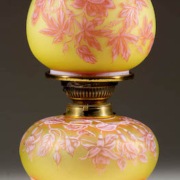