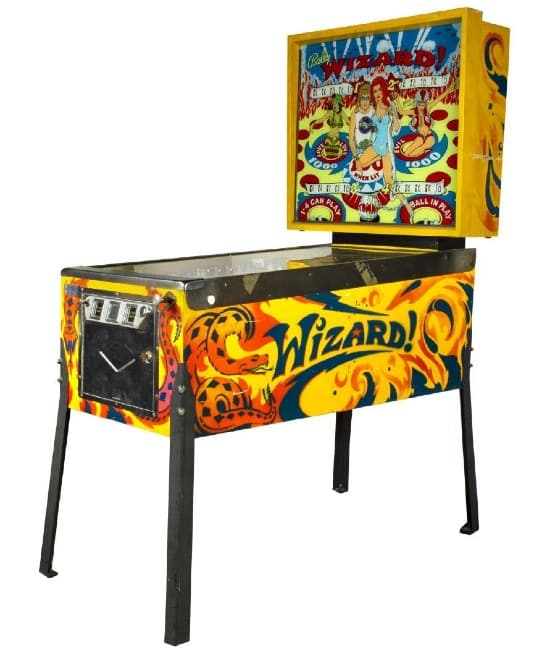 This Wizard pinball machine by Bally comes from the collection of Bill Wallen,
who helped create marketing campaigns for ‘Tommy,’ the 1975 feature film based on the Who’s rock opera. According to Wallen, this machine was taken on tour to promote the release of the film and was later given to him in appreciation for his work. It sold for $1,900 + the buyer’s premium in May 2019. Image courtesy of Van Eaton Galleries and LiveAuctioneers

NEW YORK – Pinball Wizard, the hit song written performed by the Who and featured on their 1969 rock opera album Tommy, introduced a new generation to the arcade game, which has its roots in the 19th century.

The popularity of lawn games like bocce and bowling drove people to create indoor versions, such as billiards. This led to the development of coin-operated pinball machines where the cue stick was shortened and became a spring-loaded plunger instead, sending a small silver ball into the game playfield to score points.

English game designer Montague Redgrave (1844-1934) is widely credited as being the first to invent what was the predecessor of the modern pinball machine. His was a cross between the bagatelle game and pinball, adding a coiled spring and plunger. Pinball machines were originally designed as tabletop or countertop models in the early 1930s. Said to be the first coin-op pinball game, Bally Hoo, made by Bally, came with optional legs in 1931. Manufacturers soon made legs standard, creating floor models that have been an arcade staple ever since. 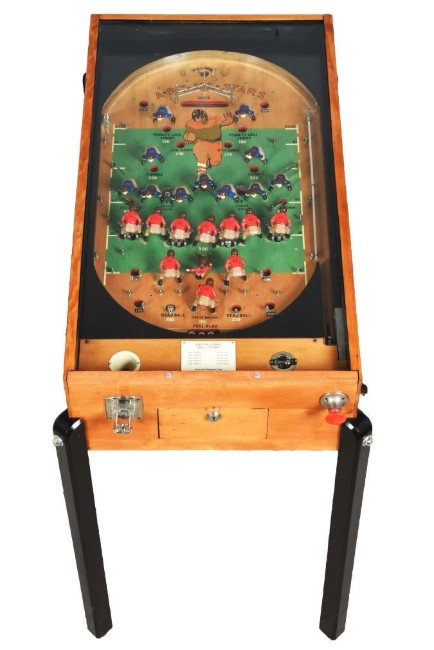 Countless youths and adults have whiled away hours in arcades, playing pinball machines for the thrill of the game and the joy of adding their initials to the machine display as a top scorer. Pinball machines remain popular today and are a desirable addition to a rec room. As far as collecting goes, pinball machines are a smaller genre than, say cast-iron banks, where many collectors are in this field and each might have dozens of examples. There are likely more pinball machine owners than collectors but given the proliferation of websites devoted to pinball machine repair to pinball playing tips, this is a passionate fanbase. 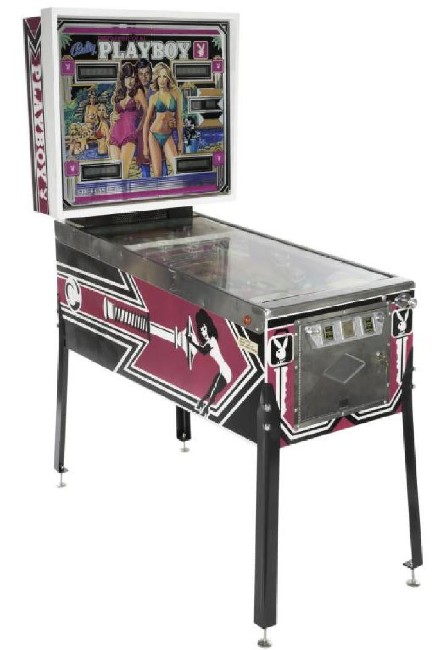 This 1978 Playboy-themed pinball machine earned $10,000 + the buyer’s premium in November 2018 at Julien’s Auctions. It was from the collection of ‘Playboy’ founder Hugh Hefner. Photo courtesy of Julien’s Auctions and LiveAuctioneers

According to The Pinball Company, which published its rankings of the top 50 pinball games of all time, favorites include Medieval Madness, Attack from Mars, Twilight Zone, based on the classic TV show; and TRON: Legacy, which had a striking 3D back display that depicted the movie’s characters and plot elements. Early pinball machines were often based on sports but from about the 1960s on, pinball machines are largely influenced by pop culture from games, TV shows and movies to books and superheroes from comics. The 1993 launch of the Addams Family Values machine, based on the 1991 movie, stands as the best-selling machine with 20,000 machines sold.

Among the best-known makers in pinball history were Stern, the Bally Manufacturing Corp., D. Gottlieb & Co. and Williams Electronics. The earliest games were electro-mechanical (aka EM’s) and these were made until the mid-1970s. The machines became increasingly more complex with players able to control the game through use of flippers and having storyline goals to hit to accrue extra points. By the 1970s, EM’s gave way to the improved technology afforded by solid-state machines, which had a whole range of electronic sounds and could calculate scores instantly. 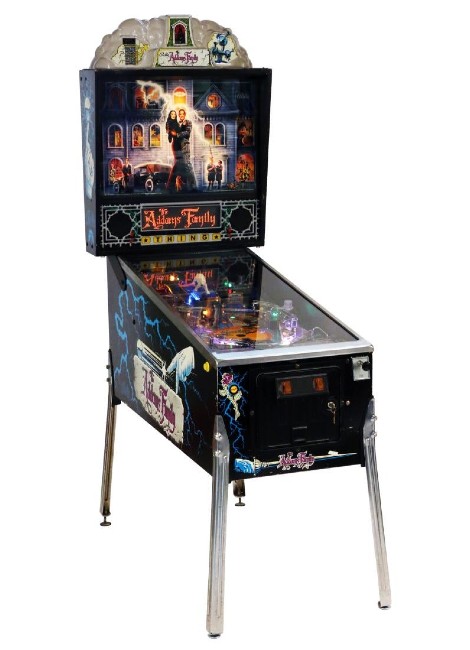 An excellent example of the Bally’s popular Addams Family pinball machine, introduced in 1992, sold for $7,500 Canadian ($5,613 US) + the buyer’s premium in September 2018. Miller & Miller Auctions Ltd. and LiveAuctioneers image

“Bally, Midway and Williams were truly the titans of pinball in the 1990s, and were almost solely responsible for taking pinball into its ‘golden age,’ where gameplay was at the forefront of their development, innovation was key, and the games themselves seemed to almost get better and better with every release,” according to an article on the website of Home Leisure Direct.

These three companies eventually merged. Individually and collectively, they were responsible for some of the major innovations in pinball machines, including inward facing flippers, which began in 1950 with the Lucky Inning game. Early machines were flipperless and it was not until the late 1940s that machines had a pair of flippers near the base of the cabinet. The 1947 Humpty Dumpty pinball machine made by Gottlieb was reportedly the first to feature flippers, six of them. 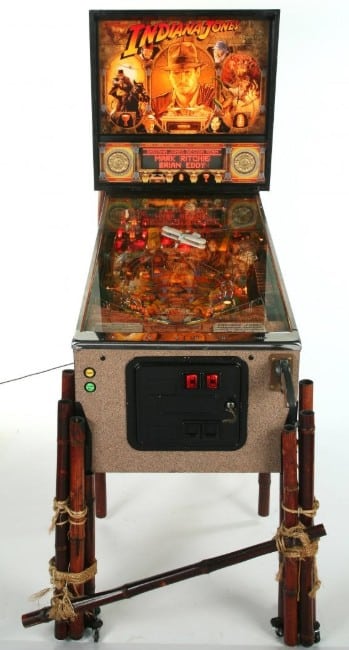 A top innovation was going beyond electronic buzzes and beeps. In 1979, pinball machine designer Barry Oursler created Gorgar for Williams, which is noted for being the first pinball machine to talk by using a speech synthesizer to say a few phrases. While the introduction of arcade video games was nearly the death knell for pinball machines, the pinball industry survived by making creative and smart licensing deals. Some pinball machines were even created to look like video games such as Varkon, made by Williams Electronics in 1982.

Gone are the days when you could just drop in a quarter to play a game (it’s more like a $1 now) but pinball wizards are still around, feeling all the bumpers and racking up the scores.