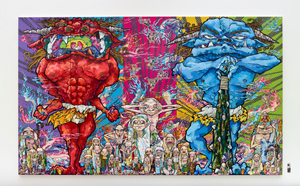 MILAN – August in Italy is synonymous with a sea and sun vacation. Yet there is still space for art and culture. Here are five must-see exhibitions on your trip through Italy, from the north to the south.

From July 24 to Sept. 7, the Hall of the Caryatids of Palazzo Reale in Milan is home to an exhibition of recent works by Japanese artist Takashi Murakami, known for its mix of pop and traditional Japanese culture, manga and Buddhist iconography. The exhibition, titled “The cycle of Arhat” and curated by Francesco Bonami, presents works created over the past two years. Despite its flat aesthetics, the message and meaning of the works is deeper. It reflects on topics of recent history such as the earthquake and nuclear emergency in Fukushima. “The works speak of a world attacked by the forces of nature and the self-destructive forces of humans,” Bonami explained in the press conference, “but the world is saved by ‘Arhat’: ancient characters, monks who lead us through the problems of life, not to solve them, but rather to learn how to live with them. Exhibited in the Hall of the Caryatids, which was damaged both by the WWII bombing and by climatic conditions, the works take on a deeper meaning.”

From June 7 to Nov. 23, the 14th edition of the Architecture Biennial takes place in Venice under the curatorship of star architect Rem Koolhaas. The theme chosen by Koolhaas for this edition is “Fundamentals.” It includes not only the exhibition at the Central Pavilion, titled “Elements of Architecture,” but also the national pavilions, which are usually free to choose the theme of their presentation. In fact, this year the pavilions welcomed Koolhaas’ invitation to reflect on the theme “Absorbing Modernity 1914-2014.” The curator has not limited himself to set up the presence of other architects called to present themselves and their work. This year’s exhibition is the result of research conducted under the guidance of the curator with the aim to propose in a new perspective the reference elements for a new relationship between us, our civilization and architecture.

From 4 July to 28 Sept., the event “Art in the Center” gathers in a single network nine exhibitions, 20 events, 100 international artists, 13 curators and more than 10 venues. It is an initiative of six foundations from the regions of Abruzzo and Marche, which arose from the need to create an integrated cultural system in an area rich in specificities; a union which represents an incentive to innovation and at the same time a way to develop the individual identities. The events take place in seven municipalities. Ascoli Piceno, for example, hosts the exhibition “Amalassunta Collaudi. Dieci artisti e Licini,” which put into dialogue the works by the painter native of the Marche Osvaldo Licini with those of national and international contemporary artists. In the Cathedral of Atri in Abruzzo there is the exhibition “Stills of Peace and Everyday Life,” which puts into dialogue photography, video and installations by contemporary Italian and Pakistani artists.

Sardinia celebrates Maria Lai, the Sardinian artist who died last year at the age of 94, with a retrospective titled “Ricucire il mondo.” The exhibitions take place in three museums in Cagliari, Nuoro and Ulassai, the artist’s birthplace. Palazzo di Città a Cagliari hosts, from July 10 to Nov. 2, the first part of the project, dedicated to the artist’s production from the 1940s to the 1980s, and includes a series of documentaries. The video of the collective performance “Legarsi alla montagna,” realized in Ulassai in 1981, is a key work in the development of Lai’s languages and unifying element of the three exhibitions. The MAN Museum in Nuoro hosts, from July 11 to Oct. 12, the second part of the project, dedicated to her production from the 1980s to 2000, a moment of particular creative intensity for the artist carried out in line with the contemporary developments of the international research in the field of performance, relational and public art. Finally there will be two itineraries in Ulassai, from July 12 to Nov. 2: “Una stazione per l’arte,” the old railway station converted into a museum by Lai and staged according to its original design and environmental interventions implemented in the village since the early 1980s.

Ettore Spalletti in Rome and Naples

Another great Italian artist is celebrated in three museums. It is Ettore Spalletti, born in Abruzzo in 1940, whose works are on show at MADRE in Naples (from April 13 to Aug. 18), at MAXXI in Rome (from March 13 to Sept. 14), and at GAM in Turin (already concluded). The three exhibitions collect 70 works under the poetic title “Un giorno così bianco, così bianco.” The MADRE exhibition traces the artist’s research from the beginning in the 1960s until today, combining painting, sculpture, environmental installations, books and projects. All central topics in the work of Spalletti are included: the cancellation of the time as a linear progression and its exploration as an eternal present; the relationship between natural data and abstract language; the relationship between painting and sculpture as an articulation of colors and volumes in space; the memory of the classic combined with modernity; the centrality of the experience of landscape; and the exploration of monochrome as a metaphor of perceptual sensitivity. At MAXXI the artist is confronted with the strongly characterized architectural space and appropriates the space composing a path built by his most recent works. 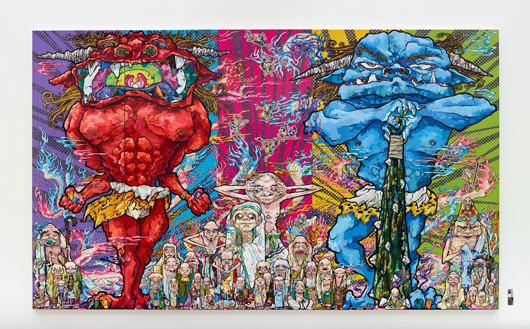 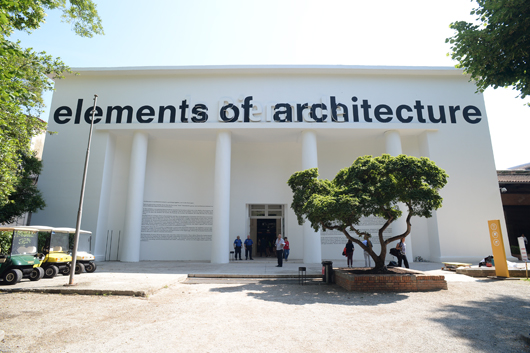 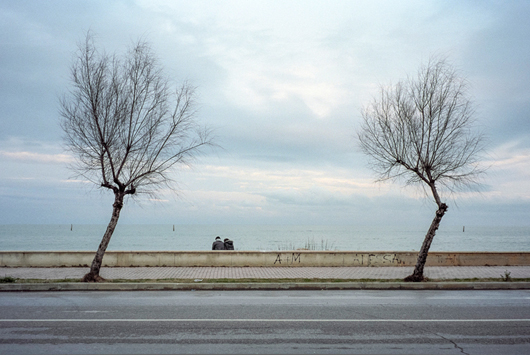 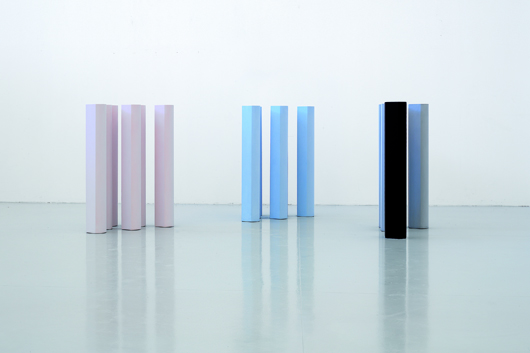