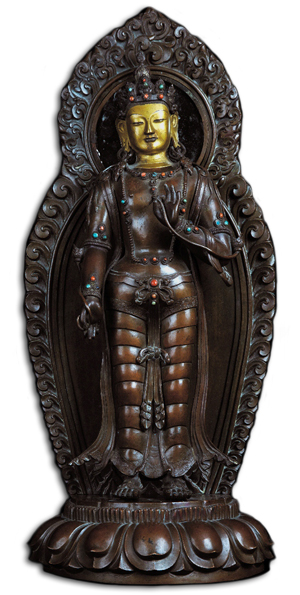 It’s a record for Oriental art at Cambi Casa d’Aste in Genoa: €3.2 million ($4.2 million), the highest total result ever realized for an auction of Oriental Art in Italy. The 170 lots offered on Dec. 16 doubled the presale estimate of €1.6 million; the sold rates were 50 percent for lot and more than 100 percent for value.

The top lot was a rare white jade bell Qianlong that started from an estimate of €80,000 and was sold for €700,000 (with buyer’s premium). It marked the new record for an object of Oriental art sold at auction in Italy. The previous record had been realized at Cambi, as well: almost €600,000 on June 4 for an important Begtse figure in bronze, China, Qing Dynasty, 18th century (the total result of the auction was €1.5 million).

Eighty percent of the buyers were Oriental, both in the auction room and on the phone. The sellers, on the contrary, were both Italian and international.

Also in Genoa, few days before the auction at Cambi, on Dec. 11, there was another exploit for Oriental art, this time at auction house Boetto. A 19th century Buddha figure in bronze from Tibet the started from an estimate of €1,000-1,100 and achieved €300,000 (with Buyer’s premium). “It was our first auction of Oriental art and it went well,” was a comment from the auction house. “We sold about 50 percent of the objects for prices near to the reserves. We had awaited a good result for this Buddha figure, but not at this level.” Also in this case the buyer was Oriental, and so were the other bidders who competed and contributed to achieve this result. The provenance of the objects, in reverse, was Italian.

Wannenes, another auction house from Genoa, has been holding sales of Oriental art for two years now. “It certainly is an expanding market in Italy,” spokesperson Luca Violo says. “The buyers are mainly Oriental people who are bringing back to China their heritage that has been dispersed in the past – but they buy some objects also out of superstitions. The sellers, on the contrary, are mainly Italian people who bought the Chinese art objects on the primary market in the 1950s-60s for decorative reasons (Chinese art objects were combined with the Venetian Settecento). They are reselling on the secondary market now that Oriental buyers are strong.”

Wannenes held its Oriental art sale on Nov. 28. The total result was €118,878 (with buyer’s premium), with a sold rate of about 50 percent both for lot and for value. The most successful lots were those with a strong impact, like a hen in bisque porcelain in three colors from the end of the 17th beginning of the 18th century. It started from an estimate of €1,500-3,000 and was sold for €13,392.

Foreign collectors have shown interest in the Italian market also in the field of design. At Wannenes there where requests from the United States, UK, and France. The attention is global. The sale on Dec. 12 realized €552,209 with sold rates of 77 percent for lot and 170 percent for value. The top lot was a chair by Carlo Mollino from 1947, which sold for €27,280. It was part of the furniture of the first residential unit (“Casa del Sole” in Cervinia) realized by the Italian designer who until then had designed only private houses. Also Cambi noticed an international interest at the design auction on Dec. 18. The total result was €514,000 with a sold rate of 50 percent for value.

Among the events in December there was also the first sale of a new Italian auction house, Mecenate Aste, which aims to become a lively reality of the Milan scene (the results are still confidential). It was born from the initiative of three partners among which Alessandro Ghizzardi, an IT specialist who has managed art sites for years and has now changed sector. The new communication channels have an important role in the strategy of the auction house. On one side they aim to create events in the auction room with cocktails and direct contact with the client, and on the other side to use telephone, Internet, and television for selling. “We have noticed that European clients, above all German and French, are much more competitive than Italian right now, so we will offer lots that are attractive for them, as well. Thanks to the Internet the market has no barriers.” In 2013 Mecenate Aste will hold three or four auctions of Modern and Contemporary art. In the future they have in mind to broaden the offer to other segments. 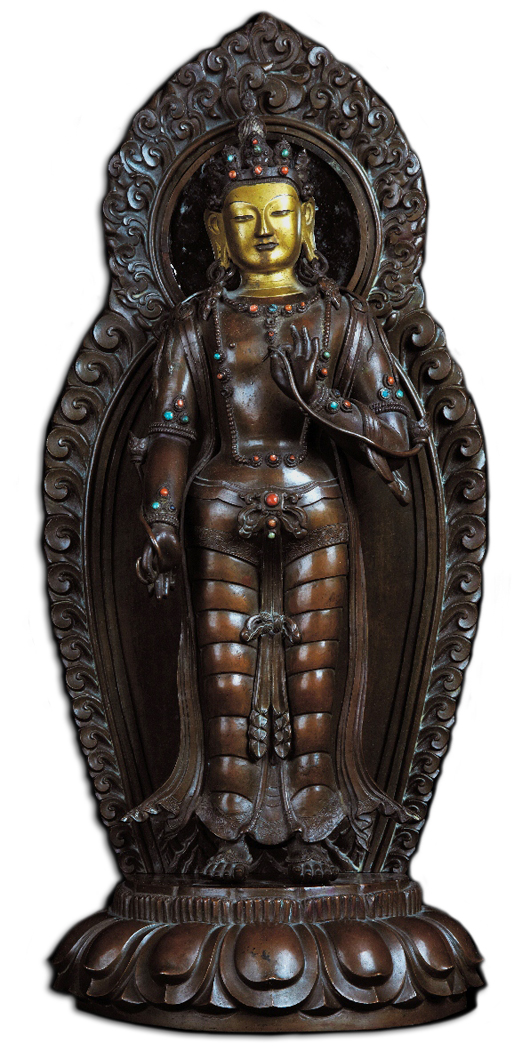 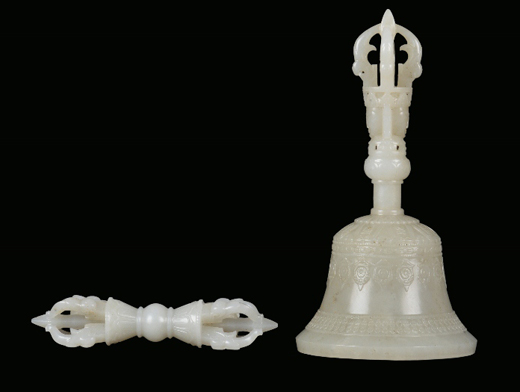 Extraordinary and rare white jade bell or guanta with dorje or vajra of imperial manufacture, both with Qianlong mark and the period, China, Qing Dynasty, Qianlong Period (1736-1795) 17.2 centimeters high, in a black skin cover, dorje 13 centimeters. Such an example of bell and dorje are displayed at the Emperors Palace in Beijing. Courtesy Cambi Casa d’Aste, Genoa. 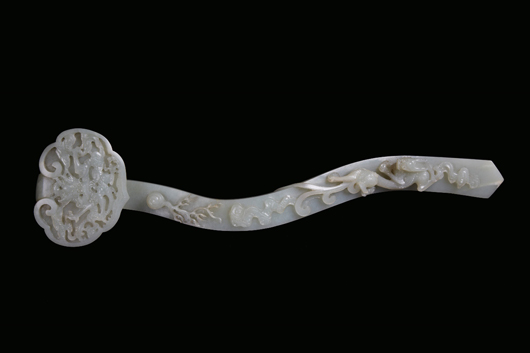