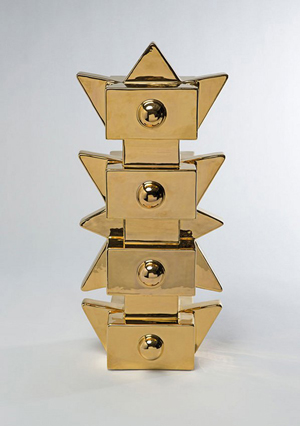 ASTI, Italy – Form or function? Decorative or utilitarian? Artwork or design object? Questions that designers and architects have always engaged and that run as a leitmotif through the lots offered on July 31 by Ars Nova, the Asti-based auction house specializing in design. The auction will be an original mix of approximately 140 pieces of design and works of contemporary art from the 1930s until today, with estimates ranging from €500 to €18,000.

The sale includes, for example, sculptures created by designers such as Separazione nostalgica by Angelo Mangiarotti (lot 11, estimate €3,000-3,500). The Plexiglas sculpture by Milanese architect and designer has created in other materials, as well, such as marble and bronze, and is composed by two items without function that one can bring closer or draw apart. There’s also the golden ceramic totem Superego by Alessandro Mendini (lot 42, estimate €3,000-4,000), a sculpture that was realized in an edition of eight on the model of 13 unique sculptures designed for the “Arts & Crafts and Design: Alessandro second time Mendini and his craftsmen” project in 2013. And, also, the perforated sculpture created by Giò Ponti for Sabbatini in 1978 (lot 8D, estimate €2,000-2,500), or the recent series of ceramic sculptures by Massimo Giacon (lots 126-143, estimate €2,000-4,000): an original series of figures in edition of 50, which combine design, comics and pop surrealism and were recently shown at the Milan Triennale.

But there will also be various pieces of design in which the decorative element prevails over function. For example, the “Hérisson” armchair by Marzio Cecchi (lot 38, estimate €13,000-15,000). Cecchi is a little-known designer, mainly known among collectors because he worked little for the industry and much more for galleries, and because he was for a long time active in the United States. Shaped like a hedgehog, the armchair was made in very few editions in 1969 and anticipated the provocations of the 1970s and 1980s, the abandonment of the dictates of function in favor of form and decoration – changes that reflected new trends in taste but also in society.

Among the most important pieces in the auction there will be a pyramidal chest of drawers by Shiro Kuramata (lot 30, estimate €15,000-18,000). It was produced by Cappellini in 1968 in few editions and it was difficult to realize because it is entirely in Plexiglas and all drawers are one different from each other and inserted in a nearly 2-meter-high pyramid. Shiro Kuramata was very active in Italy and also worked with Ettore Sottsass at Memphis. Sottsass is represented in the sale with different pieces: some furniture (lots 22, 25, 32, 36, 44, estimates €3,000-10,000) and a series of jewelry (lots 67-72, estimates €3,500-6,000).

And then, again, there will be artworks related to the design, such as some photographs of design objects made by Occhiomagico and used as covers of Domus magazine (lots 82-113, estimates €800-6,000). “Occhiomagico is a group that started working in the 1970s with Studio Alchemia,” says Ars Nova specialist Edoardo Scagliola. “It has been somehow forgotten but is in the process of re-evaluation. Already last October there was a retrospective dedicated to this group in Moscow during the Design Week.” 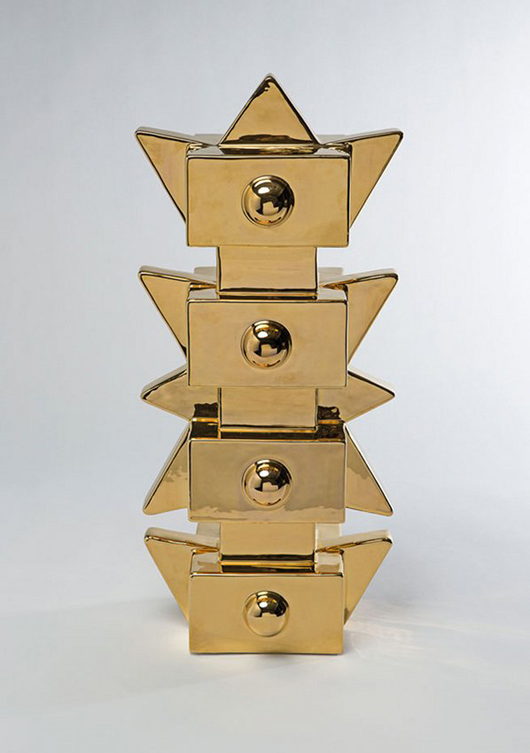 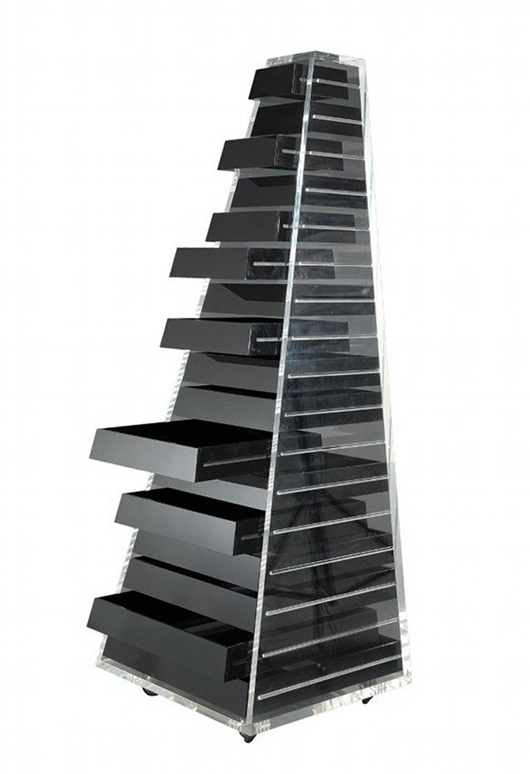 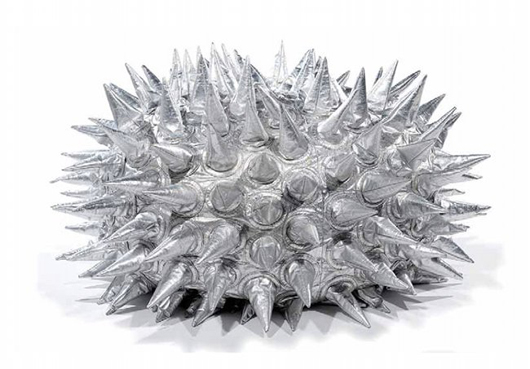 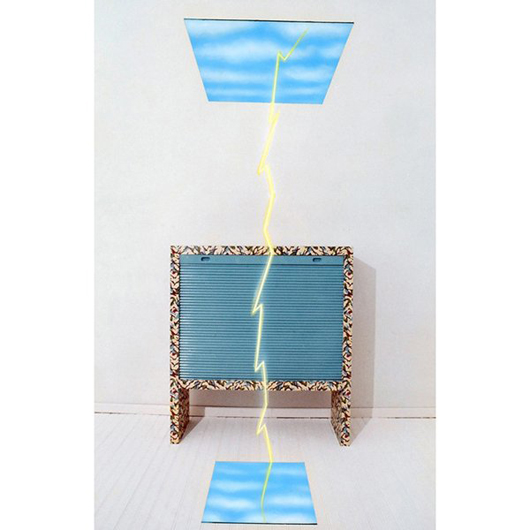 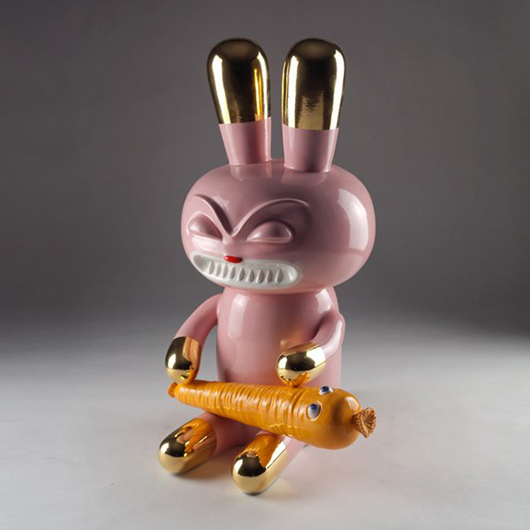