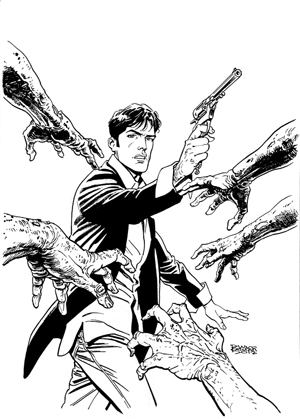 TURIN, Italy – Good results for the exhibition “Dylan Dog in Turin – Bruno Brindisi and Fabio Civitelli,” organized by Turin-based auction house and art gallery specialized in comics Little Nemo, once again confirms the popularity of this character in Italy.

For the occasion, in fact, Little Nemo has created a portfolio with the five most beautiful covers of the show printed on fine paper in an edition of 99 priced at 60 euros ($82), which was immediately sold out. “We could have made three times as much,” the director Sergio Pignatone said. “It is a confirmation that all the merchandising products around the figure of this Italian comic hero is very sought-after.”

The character Dylan Dog, a “nightmare investigator” struggling against the paranormal, is interesting in the history of comics because it has been able to reach a very wide audience, including women, and greatly expand the market. The character’s debut in 1986 (it was already in the drawer for a couple of years) was a turning point for the publishing house Sergio Bonelli Editore, which before was known for comics such as Tex, Zagor and the Little Ranger. Along with the comic book Martin Mystère, born in 1982, Dylan Dog has managed to rejuvenate the publisher.

It was born from the mind of Tiziano Sclavi, who was already working for Bonelli Editore, and initially met Sergio Bonelli’s hesitation because it was a horror comic. The quality, however, was so high that the project was launched, and within 30-40 issues it became an epochal phenomenon.

The success is due to the combination of brilliant stories by Tiziano Sclavi on the one hand, and the drawing skill of the other Angelo Stano, who knew how to create elegant reminders to Schiele and Klimt, creating a successful crossover between the popular genre of comics and the highest expressions of art. Also it is a strong character with a romantic allure that was missing the other characters in the comic world – which were limited to the adventure. Plus, he was surrounded by other strong characters such as Groucho, Xabaras and charming female figures such as Morgana.

Stano was joined by other top illustrators who have maintained a high graphic level such as Claudio Villa, Corrado Roi and Bruno Brindisi. To the latter is now dedicated the exhibition of Little Nemo, still ongoing until Thursday, July 19. In the coming months the exhibition will be repeated in Lucca at Lucca Comics and in Padua during the Arte Padova art fair.

The great popularity of the character has immediately fostered a diffuse phenomenon of collecting of Dylan Dog. A legend is told that a copy of the No. 1 in the 1990s was paid as much as a million lire, a high figure for a comic book published just 10 years before. The correct figure today would be around €200-€300 ($272-$408).

For ordinary copies, on average, the cost is between €2 and €5 ($2.72-$6.80). Some important numbers reach €50 ($68), such as the number 13. The price depends of course on the state of conservation, a factor not to be overlooked because of the type of paper and the fact that black covers are easily perishable.

For an entire collection (about 300 numbers), the price ranges from €500 to €1,500 ($680-$2,040). Another element to be taken into account is the fact that right from the beginning many reprints have been made. So it is not a market for big investment but certainly widespread.

The covers on display at Little Nemo, instead, are as we said before by Bruno Brindisi, an illustrator who until 2013 has made only the interior of the comics and then found himself confronted with the cover – and with the great masters Villa and Stano – on the occasion of the reprint of 50 numbers in colors by the publishing group L’Espresso. On display are the covers and the sketches showing the not easy task to reinvent the cover without betraying the great legacy.

In general, the comics market today continues to reward quality, rarity and excellent conditions. Especially for the tables there is a real boom at an international level. Think of the Artcurial auction, for example, but also of the arrival in this market of the giants like Christie’s, which has recently held an auction totaling 4.5 million euros (46.1 million), and Sotheby’s, which is preparing to enter the market in Brussels in the beginning of 2015.

Among the most popular authors on the market there are also many Italians such as Hugo Pratt, Milo Manara, Vittorio Giardino, Guido Crepax and Dino Battaglia. Dylan Dog is a very Italian comic book, even if it is printed also in other countries including France, Turkey, northern Europe. At the international level it is especially popular in Croatia and Slovenia. 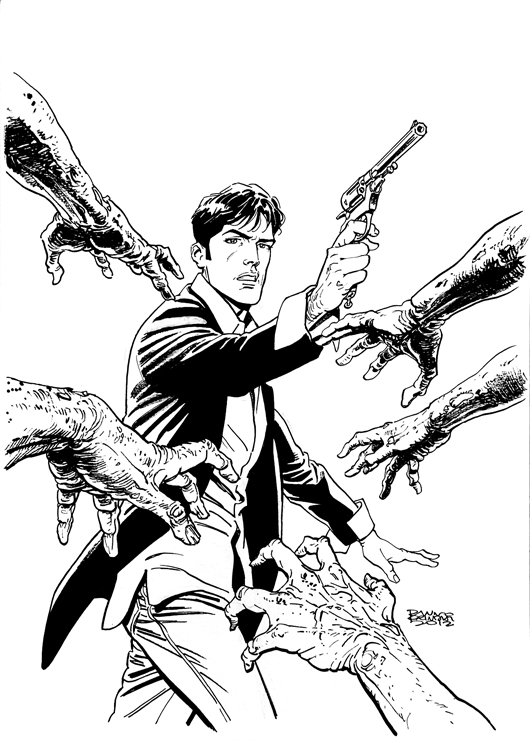 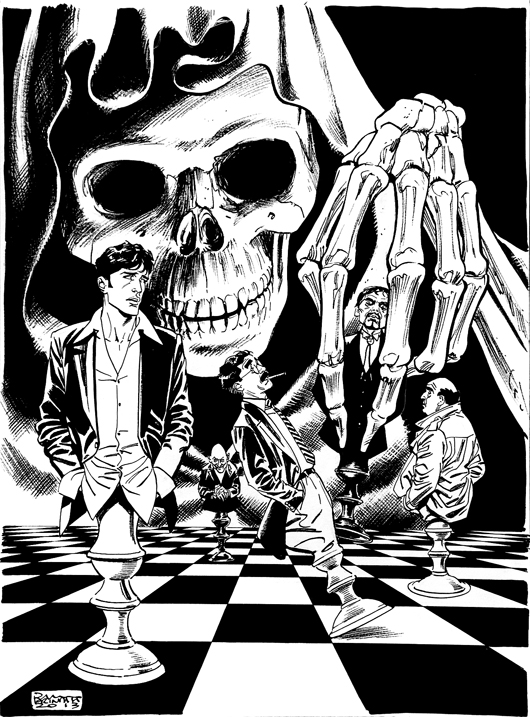 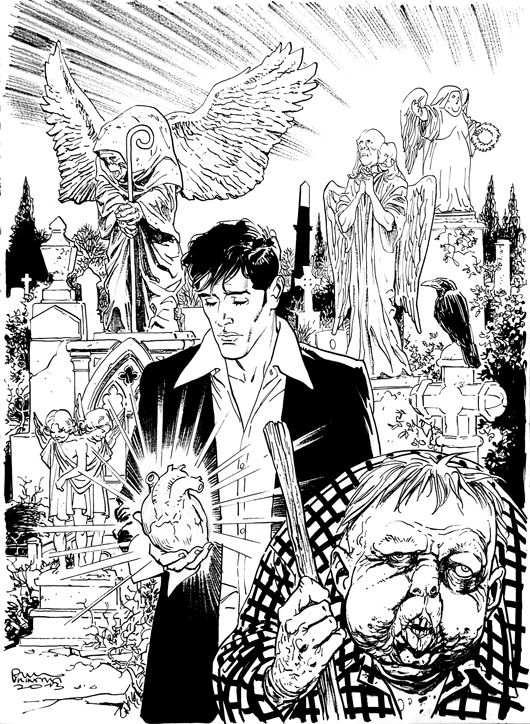 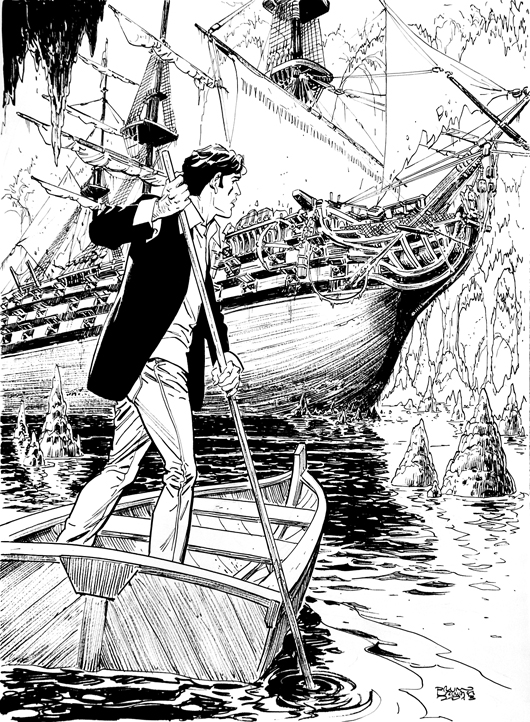 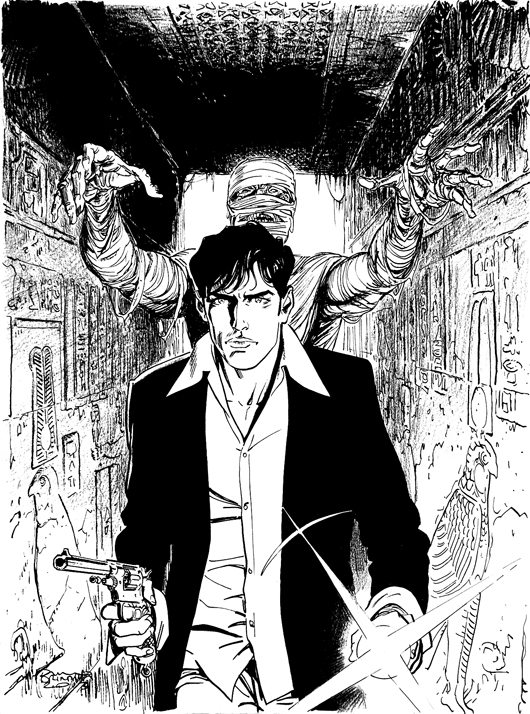 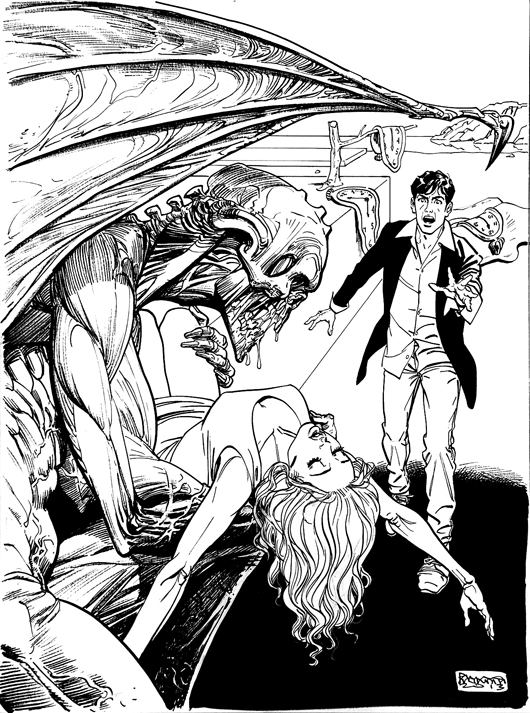