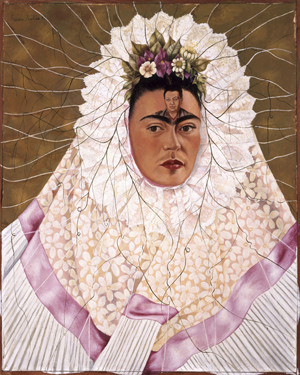 ROME – On the 60th anniversary of the death of Frida Kahlo (1907-1954), Italy pays tribute to the artist – myth and icon of 20th-century Mexican culture, with two exhibitions: one at Scuderie del Quirinale in Rome (through Aug. 31), which analyzes the relationship between the artist and the artistic and cultural movements of her time, and the other at the Palazzo Ducale in Genoa (starting on Sept. 20) that investigates, instead, the private world of the artist and her relationship with artist and partner Diego Rivera.

Of course in Frida Kahlo’s works the inextricable relationship between art and life, which for her was marked by strong passions and sufferings, is always present, but at the same time her paintings and drawings also reflect the upheavals of her time, her political beliefs, the encounters with characters such as André Breton and Leon Trotsky. “I was born with a revolution,” she liked to say, although she was born in 1907. “Let’s say so. It’s in that fire that I was born, carried by the impetus of the revolt until the moment I saw the light of day. The day was scorching. It inflamed me for the rest of my life. I was born in 1910. It was summer. Shortly after, Emiliano Zapata, el Gran Insurrecto, was to rouse the South. I had this good luck: 1910 is my date.”

Also from the artistic point of view, Frida Kahlo’s works represent a kind of point of intersection between folk traditions and avant-garde art, Modernism and Surrealism, New Objectivity and Magic Realism, Estridentism and Mexican Muralism. And this is what the exhibition in Rome, the first of this size ever dedicated to the artist in Italy, wants to show by putting the works of Frida Kahlo in dialogue with other protagonists of her time, such as Italian artists Giorgio de Chirico and Gino Severini, English artist Roland Penrose, German artist Carlo Mense, and Mexicans José David Alfaro Siqueiros, Maria Izquierdo, Abraham Angel, and of course Diego Rivera.

The exhibition is curated by Helga Prignitz Poda, author of the catalog raisonné of the artist, and includes about 160 works, including paintings and drawings spanning Kahlo’s entire career. There are over 40 portraits and self-portraits, from the first of a long series: Self-portrait with velvet dress from 1926, which she painted when she was 19 years old to win back the beloved Alejandro Gomez Arias. In this work, painted after the terrible accident that marked her life, Frida Kahlo picked up the lesson of her future husband, Diego Rivera, who through his frescoes taught her the heritage of the Renaissance, and inspired herself to artists such as Botticelli and Bronzino.

Another famous self-portrait in the exhibition, which is on display for the first time in Italy, is Self-Portrait with Necklace of Thorns, painted in 1940. In those years, the reputation of Frida Kahlo was already beginning to spread internationally. In 1938 she had her first solo exhibition in New York at the gallery of Julien Levy, famous for bringing the Parisian Surrealists to America. This was followed by an exhibition in Paris in 1939 at the gallery Lerou et Colle, which was organized by Breton. And then, in 1942, she exhibited again in New York, this time in the show “Portrait of the 20th Century” at the MoMA and, in 1943, in an exhibition of female artists organized by the Peggy Guggenheim.

During this period, Kahlo was called to teach at the academy. Around her a small group of followers who called themselves “Los Fridos” arose. In Self-Portrait with Monkeys, from 1943, Frida Kahlo represents herself as a proud teacher and humorously portrays her students as a group of adoring monkeys. Also important collectors and art dealers began to support her with purchases and commissions. For example, the portrait of Marucha Lavín, which is also on display in Rome, was commissioned to Frida Kahlo by one of her collectors, the wealthy engineer Domingo José Lavín. To emphasize the figure of Lavín’s wife, Frida Kahlo adopted the Renaissance format of the tondo.

In the exhibition there are also several drawings, including the Pencil Sketch for the painting Henry Ford Hospital (The Flying Bed) from 1932, and items such as the famous “plaster corset” that held Frida Kahlo prisoner immediately after the accident and that she painted before moving on to portraits. It is a unique piece that until recently was believed to be lost.

And finally the photographs: The exhibition includes portraits of Kahlo made by Nickolas Muray, who was a lover of the artist for 10 years, including Frida on a White Bench, New York, 1939, which later became a famous cover of Vogue magazine, helping to create the myth of Frida Kahlo. 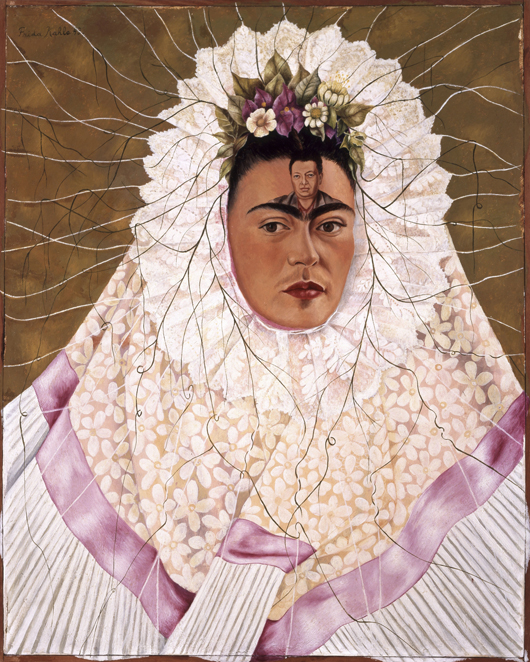 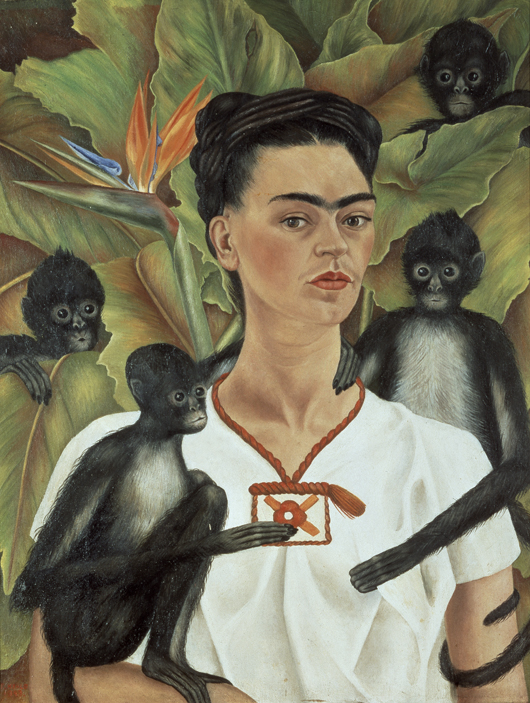 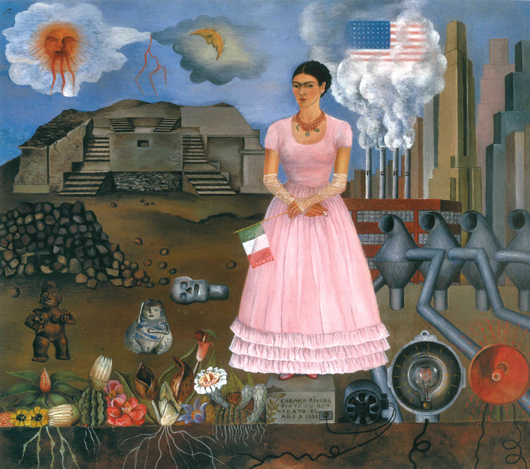