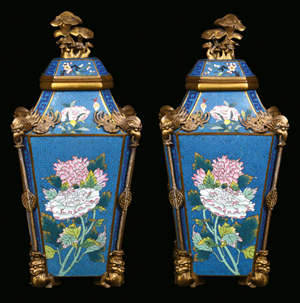 Expectations are growing in advance of the next sale of Oriental art at Genoa-based auction house Cambi, which takes place on May 22-23. After the success of the department’s recent sales, for the first time Cambi has brought the lots that will be offered at the sale on an exhibition tour to London. The move is prompted by the fact that 99 percent of the buyers who have contributed to the excellent results are from China, Taiwan, the United States and other countries.

“The London preview has been a great success,” Cambi’s Oriental art specialist Dario Mottola tells us on the phone from London. “We had many visitors and offers.” Mottola explains that actually success today does not depend so much on the location of the auction house, but on the quality of the offering and the preparation of the department. Think, for example, of Stuttgart-based auction house Nagel, which is one of the leading auction houses in the Chinese sector even if it is in Germany, thanks to the exceptional expertise of Michael Trautmann.

Mottola, for his part, counts on 35 years experience and is well connected at the international level. Since Mottola has taken the lead of Cambi’s department of Oriental art, the growth has been exponential. The last auction in December last year has realized a total result of €3.2 million, the highest total ever realized in Italy for Oriental art. Eighty percent of the buyers were Asians. On that occasion, a rare Qianlong white jade bell that started from an estimate of €80,000 was sold for €700,000 inclusive of the buyer’s premium ($901,923). It marked the new record for an object of Oriental art sold at auction in Italy. The previous record had been realized at Cambi, as well—almost €600,000 on June 4 for an important Begtse figure in bronze from the 18th century that had started from an estimate of €20,000-25,000. The total result of the June auction was €1.5 million ($1.9 million).

At the next auction on May 22-23, the lots on offer will be more than 500, coming from both Italian and international private collections. “Even if it seems to be a big number of lots, the choice was very selective. We have rejected thousands of lots,” said Mottola. One should consider that Chinese production was gigantic. At the end of the 17th century in China there were already 1,500 furnaces for the production of porcelain; mid-18th century there were 20,000; at the end of the 18th century there were 40,000; while in the 19th century one could not even count them. Mid-18th century in Germany there were perhaps four or five and they necessitated very high costs. One used to import porcelain from China because the production costs were much lower. Today, on the contrary, Chinese are buying back their history and their heritage. The current government is more democratic than the previous one and it allows a bigger circulation of goods and capital. This is why there was an increment at the last London auctions, even if the quality was not so high as a couple of years ago. “In general, collectors chase objects of high quality. If we want to indicate a favorite period, we would say the Qing period, from the end of the 17th century until the last emperor, that is to say the beginning of the 20th century.”

Cambi will have some exceptional lots on May 22-23. “One should not look at the estimates,” Mottola explains. “They are often low because Chinese buyers are attracted by them, then they start bidding fights that they do not want to lose and end up for buying at those incredible prices,” said Mottola.

Among the most important lots are: a marble Buddhist Luohan head from the Liao Dynasty (represented on the catalog cover, lot 426), which is rare for the kind of stone that was used; a screen in wood and porcelain from the end of the 18th century (lot 475); a rare white celadon jade plate with Oriental landscape decoration (lot 130); and a Celadon white jade ship from the 18th century, which is rare for its extraordinary dimensions (lot 119). Then there is a large collection of corals, which is exceptional for the number and the quality of the objects; and a pair of cloisonné vases, of which an identical specimen is preserved in the British Museum in London (and here is a couple, lot 288). There are also a big Buddha sculpture (lot 331); a rare bronze sculpture with gold marquetry representing Tsong-Khapa, a Tibetan religious philosopher who lived between the 14th and the 15th century, who was so important in the history of Buddhism that it is represented together with the emperor Qianlong in a painting of the Imperial Palace (lot 351); an imperial zitan wood and mother-of-pearl carved tray (lot 395); a silk embroidery of imperial manufacture richly decorated with floral motives (lot 433); and an emerald and lavender jadeite vase (lot 134) that is very desirable on the market at the moment. 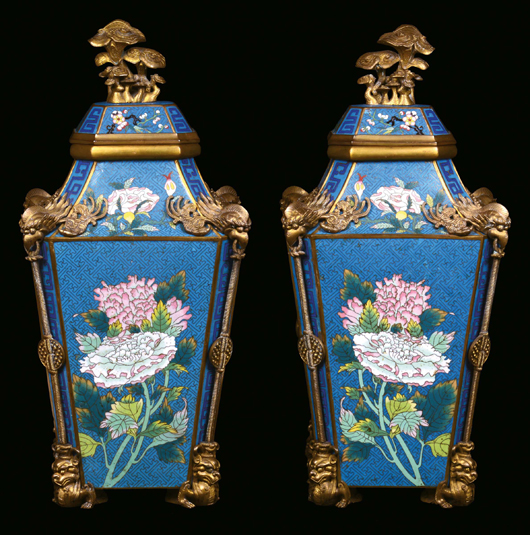 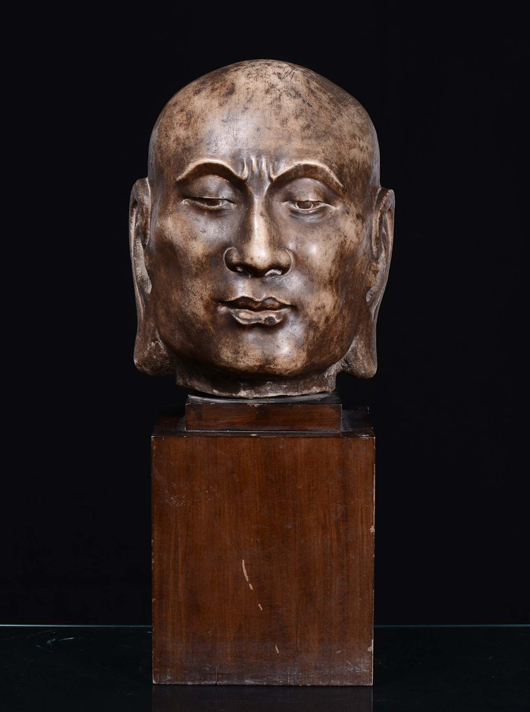 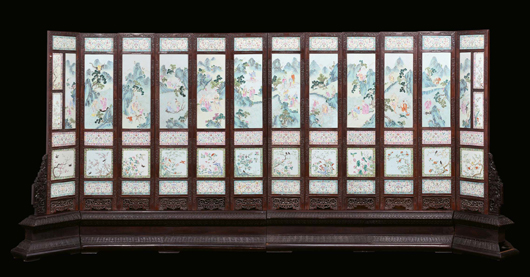 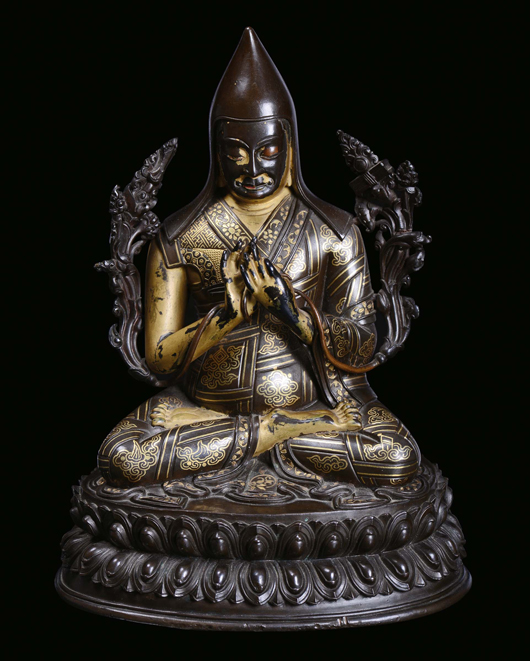 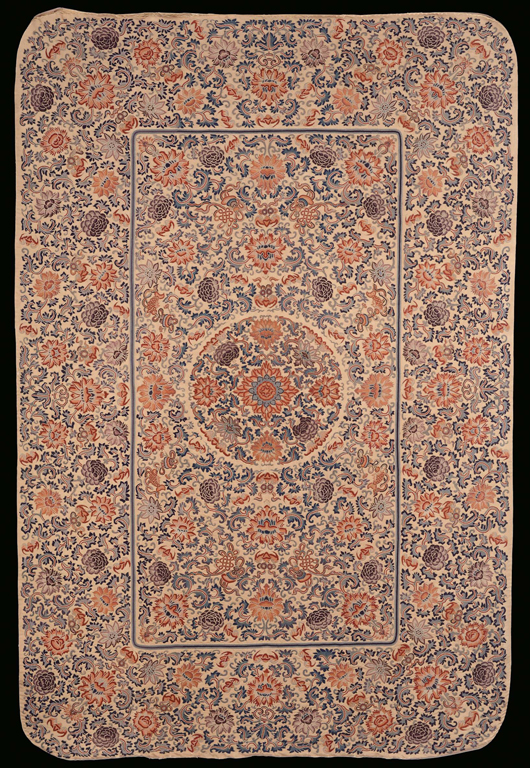 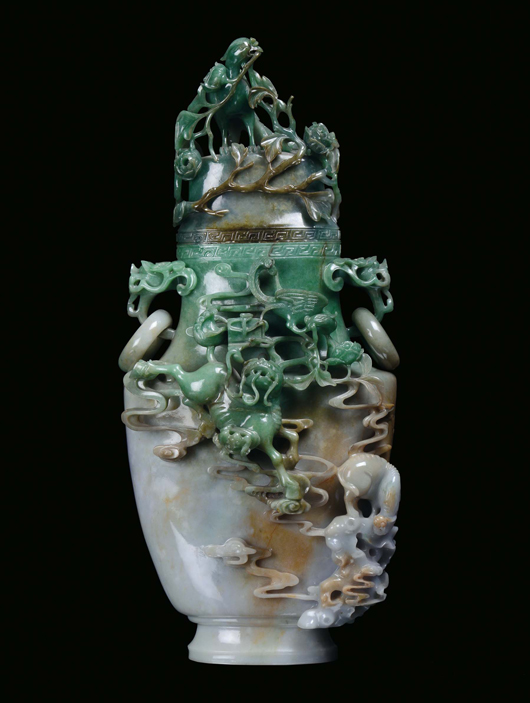 Museum of the Confederacy honors Dr. James I. Robertson Jr