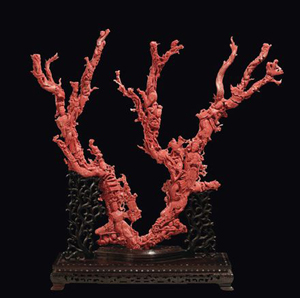 GENOA, Italy – A preview of Cambi’s auction of Chinese art is taking place through Thursday in London. The Genoa-based auction house, under the guidance of Dario Mottola, in recent years has won first place in this market in Italy and is becoming important at international level, as well, as shown by the fact that works offered for sale were consigned even from foreign countries such as France, Germany and Great Britain.

The preview, which takes place in Cambi’s new London offices on Dover Street, presents the most important lots that will be auctioned in Genoa on May 28-29. “In Italy there is not an internal market for Chinese art,” specialist Mottola explains to Auction Central News, “but one can find very important objects because, as early as the end of the 17th century, the great noble families of Turin, Genoa and Milan imported objects from China. And not just those that were produced in China, but destined to foreign markets, which had a more decorative taste, but also those that were made for the market and the taste of China and that Chinese collectors are now buying back to retrieve their artistic and cultural heritage scattered throughout the centuries.”

According to Mottola the market has not changed from last year, when several records for Chinese art in Italy were set at Cambi, and it remains strong. The catalog of May 28-29, which according to Mottola is Cambi’s most interesting from a scientific point of view, has several important pieces that, despite conservative estimates, can go very high. “Chinese buyers are unpredictable,” Mottola says. “When they are willing to pay for an item, you can get unthinkable prices,” as in the case of the begtse figure in gilt and painted bronze offered at Cambi in 2012 that was estimated €20,000-25,000 and sold for €596,000, or a screen offered in 2013that increased from an estimate of €12,000-15,000 to a result of €2,072,000.

Another catalog is dedicated to porcelain, bronzes and jades. While the porcelain items are all from the 19th century and mainly decorative, among the jades are some exceptional objects. Depicted on the back cover of the catalog is an extraordinary imperial white jade plate engraved on two sides with “taotie” figures and archaic elements (China, Qianlong period, 1736-1796, 7.3×6 cm, lot 138, estimate €20,000-30,000). It is extraordinary for the color, for the type of incision and for its symbols. “In more than 30 years I have never seen an object of such high quality concentrated in so small dimensions,” Mottola said.

For Chinese jade, color is a significant factor in the formation of prices. The most important and the most expensive ones are the white examples, followed by the yellow ones, which are rare. White celadon jades come next, followed by gray and green. In jadeite, which was discovered later, the most precious ones are the emerald translucent. Next in line are the emerald-green pieces, following by apple-green and finally the white ones.

Another incense burner is among the most important bronzes. It is a ritual tripod incense burner in gilt bronze dating back to the Shang Dynasty, which goes from 1750 to 1028 B.C. (16.5 cm, from the Tucci collection in Rome and Giuganini collection, estimate €30,000-40,000). Also among the bronzes is a large and important gilt bronze and copper figure of Vajrapani (protector of the Buddha, China, Qing Dynasty, 18th century, 55 cm, estimate €30,000-50,000).

These are only some of the exceptional pieces offered at the sale. The third catalog is a free-offer catalog, a new experiment with objects of lesser value but still worthy, designed to bring new collectors to this market. 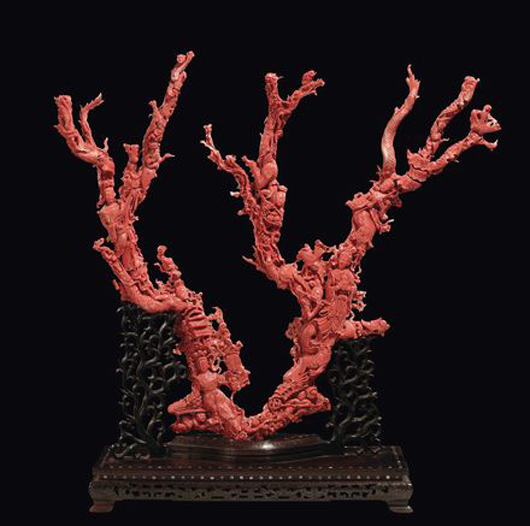 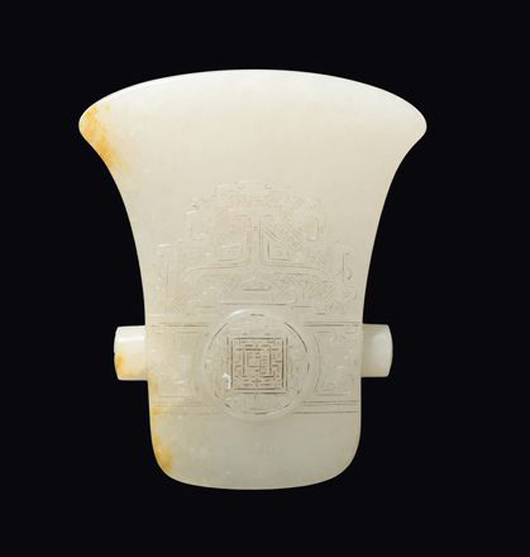 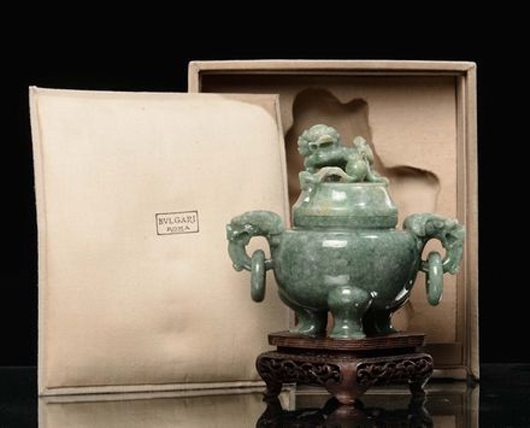 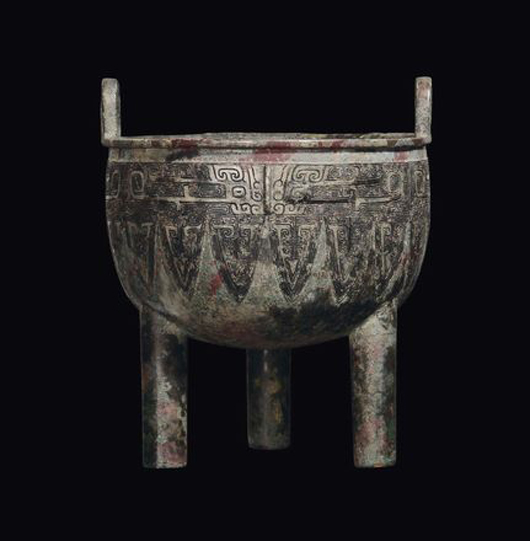 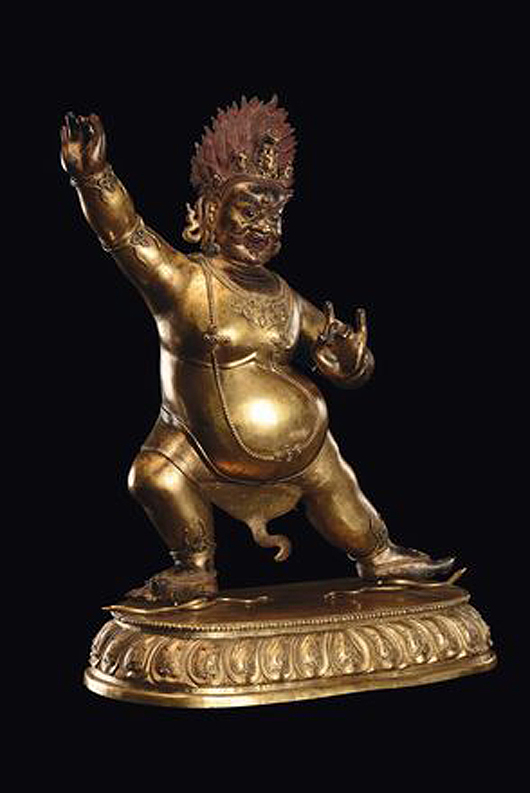