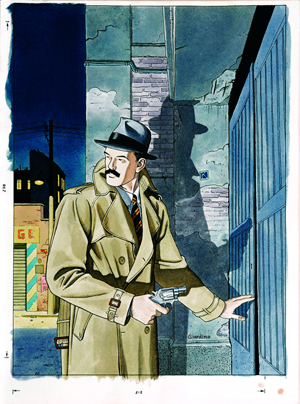 MILAN, Italy – Until Feb. 22, Turin’s auction house Little Nemo hosts the exhibition “The Masters of Comics – A Collection.” The 54 works on show come from a single-owner collection of a client who has decided to turn to a completely different sector.

The exhibition is a real who’s who of history of comics. Altan, an author who is rare on the market, is represented by a cardboard in color from 1973 (price €2,800). There are two portraits of Sophia Loren by Roberto Baldazzini: one is done with ink (€1,200), the other one with acrylic on a large canvas and costs €5,800. This format is very appreciated on the comics market as it refers to art. Then we have Carl Barks, the inventor of ducks, with an original illustration from 1980 based on a story written in 1968 (€16,000).

Enki Bilal, who is particularly loved in France and is among the most requested at auction, is represented by a cardboard of Mémoires d’Outre-Espace, published in Pilote Spécial in 1978. With a price tag of €16,500, it is an investment. There are also four cardboards dating from 1968 to the 1980s by Italian Guido Crepax with prices from €4,500 to €14,500. And there is Philippe Druillet, great author of science-fiction stories, with an illustration priced €4,500.

Will Eisner, who had a leading role in the affirmation of the graphic novel, that is a concluded story narrated with the format of comics rather than a series of comics around the adventures of a character, is on display with The Spirit from 1940 (€5,500).

Vittorio Giardino, who is known for a kind of cultivated comics and for his clean line, is represented with four important covers ranging from €5,800 to €9,000. Giardino’s works are rare because he has parted with little, mostly giving them to friends. At the end of this month Giardino will be guest of honor at the Bologna comics festival Bilbolbul.

And then Blueberry, the western cult from the 1970s by Moebius, on a large-format cardboard is available for €23,000. Other Italian masters on show are Benito Jacovitti, with an hilarious illustration priced €5,500; Milo Manara, who is in high demand on the international market, with a series of works including some early ones (€1,200-8,000); Lorenzo Mattotti, who has signed the poster of the Sanremo Festival this year; Andrea Pazienza represented by various cardboards from €2,000 to 28,000, among which is the portrait of Sofia. And of course Hugo Pratt with six works ranging from watercolors to drawings for Corto Maltese. Pratt is the one who reaches the highest prices at auction overall. Last but not least are Sergio Toppi, American Bill Sienkiewicz, who has renovated the superheroes, and Croatian Danijel Zezelj, who today works for The New Yorker and Nike.

Auction house Little Nemo was born as an antique bookshop in 1989. Since 2006 it has been regularly holding auctions dedicated not only to comics but in general to everything that concerns drawing in the 20th century, from artists books to illustrations. In 2009 it opened a gallery that hosts solo or group shows dedicated to the great masters of comics and illustration, both modern and contemporary. The aim is to spotlight the relation between comics and art.

“In Italy there has been a huge production in this sense, so we try to valorize it,” says Sergio Pignatone, the owner of the Turin auction house.

Little Nemo operates in two directions: On the one side it deals with collections of printed comics; on the other side with original boards. In the first field, Topolino, Tex, and Diabolik are the driving comics. In particular, the 1940s series of Topolino, when it was introduced the format of the booklet; the 1958 series of Tex, which is however very intricate because it was reprinted many times; and the November 1962 series of Diabolik.

Also in the field of original boards, Tex and Diabolik are very sought after, together will the great master of comics, of course, whose works are considered works of art.

But what should collectors pay attention to?

“First of all to the conditions,” Pignatone explains, “which can make the price notably change. For example, a Diabolik comic can vary from €1,500 to €11,000, how it happened at Little Nemo, according to the state of conservation.

In regard to this, there is a scale of values that goes from “good,” which means that the comic has been read and lived, to “new,” meaning that it has been read and treated carefully, to the “newsstand state,” which is as it would have been just bought but can carry signs of transport, to the top which is a “storage state,” and in English is called “mint condition.” Usually this is what makes the big jump in the price.

“And one must pay attention to which sellers to trust,” Pignatone says, “one has to be careful with the acquisitions on the Internet and ask for a certificate. There are many counterfeits.”

The programming of Little Nemo continues in March. The next auction on calendar is on March 9 and includes some exceptional lots such as the first Pinocchio and “Walt Disney” books published in Italy in the 1930s, the rarest and most sought after. 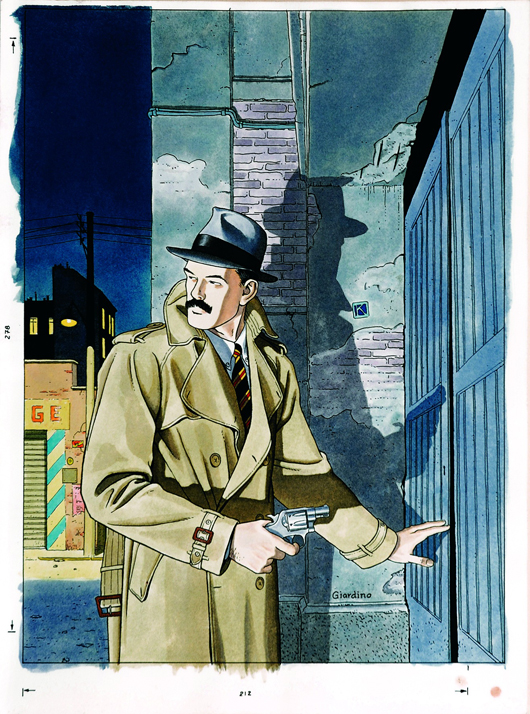 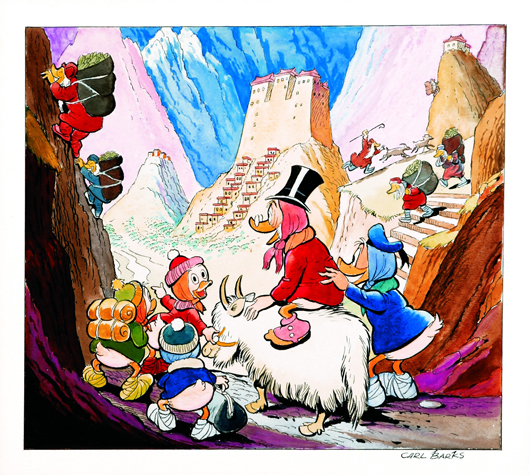 Carl Barks, ‘Go Slowly, Sands of Time.’ Mixed technique on cardboard. Signed. It comes with authenticity plaque: “These are watercolor scenes from the Carl Barks story of aging, ‘Go slowly, sands of time! Written 1968-drawn 1980 and first published 1981. ‘This is a tale of a great need and a great fear, and of the near hopeless search for solutions.’ Excellent condition. €16,000. Courtesy Little Nemo. 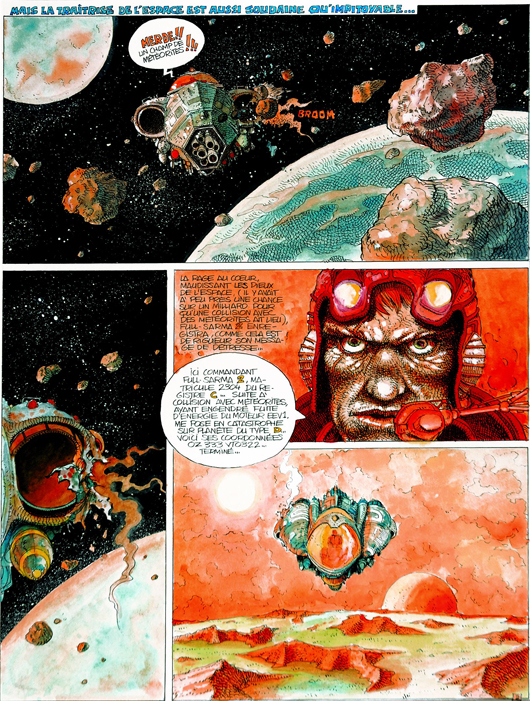 Enki Bilal, ‘Mémoires d’Outre-Espace.’ Mixed technique on cardboard. Published at page 2 of the story issued on ‘Pilote Spécial,’ then published by Dargaud (in 1978). €16,500. Courtesy Little Nemo. 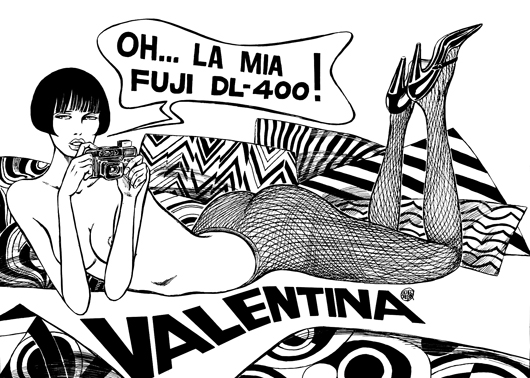 Napoleon’s engagement ring to Josephine to be auctioned