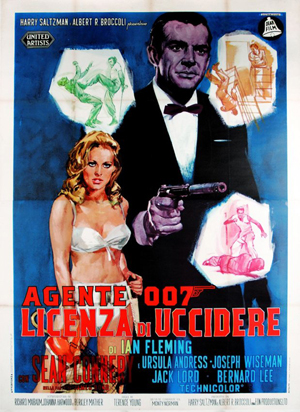 TURIN, Italy – Turin-based auction house and gallery Little Nemo, which specializes in comics, will hold an auction on July 18 devoted entirely to the 1960s. It’s a decade that changed the world, when some legends were born that 50 years later are still timely and in fashion. Examples represented in the auction are Andy Warhol, James Bond and Batman.

Lots are divided into four major sections: art, cinema, advertising and, of course, comics, the core business of Little Nemo. Within these sections there are other thematic divisions that deal, for example, with the themes of Westerns and space exploration.

In the section dedicated to art is an important book by Andy Warhol, the opening lot. It is a pop-up book from 1967 titled Index Book, which wasn’t a limited edition but is difficult to find in perfect condition. Warhol described it as “a children’s book for hipsters,” and it’s now more timely than ever. It contains a real conglomeration of genres and themes. Inside is a plate by Lou Reed, the famous Tomato Soup Can, photographs of the Factory studio, and a sheet of stamps with, presumably, LSD.

For film lovers, there are several posters that start at modest estimates and allow movie fans to purchase historical documents that are decorative and have potential to appreciate in value. Although the posters were mass-produced for display in movie theaters, they were soon discarded, making them scarce today. In Italy there was only one movie official, Nando Salce, who was so far-sighted that every time he received a new poster, he put a copy aside. Today, his archive is the most comprehensive in Italy and is located in his hometown, Treviso.

Among the most important in this section are the first posters of James Bond movies released in Italy. The first one was Agent 007 License to Kill (Dr. No in the English version) (lot 4), which is rarely found in perfect condition. And then there are some toy models of Bond’s Aston Martin with illustrated boxes—most important—depicting the various gimmicks and tricks of the British secret agent (lots 7 and 8).

And then there is the legend of Batman. In 1966 Batman moved from the comics world to the silver screen with the motion picture and then the small screen with the TV series, and so conquered the mainstream. Little Nemo’s auction offers the first Italian Batman movie poster in two sheets (lot 157), as well as some toys like a motorcycle and sidecar produced in Hong Kong (lot 160) and an important battery-operated Batmobile imported to Italy from Japan (lot 162).

In the field of comics, Diabolik, which started in 1962, cannot miss. At the sale there will be the first number in the rare variant of 1963 (lot 166). Circulation was limited and the first issue quickly sold out. It was reissued in 1963 but his second printing of the debut issue is nearly as hard to find as the first.

And then there is Linus, the first serious comics magazine that, in 1965, represented a sort of official sanction of comics. Included in the journal, in fact, there were names of great intellectual importance as those of Umberto Eco, Oreste Del Buono and Elio Vittorini. It is here that a protagonist of Italian comics like Valentina by Guido Crepax made his debut, and here were presented stories of important comics such as Corto Maltese by Hugo Pratt, Peanuts by Charles Schulz, and Pogo by Walt Kelly (lot 175).

Also by Hugo Pratt is also a rare silkscreen made as a result of a bet he made with publisher Sergio Bonelli. Pratt had wagered he would create a likeness of a royal guard of 10 meters, cut it up, and sell it in individual tables in an art gallery. Pratt actually took the most interesting parts of the guard, but managed to sell all of the silkscreen in an exhibition at Galleria L’Elefante in Venice. Bonelli bought one print himself. These serigraphs are rare because while they had been made in an edition of 100, most were lost during high water in Venice. Only 30 to 40 of them are left. This was Pratt’s first operation of artists multiple with the technique of decomposition that later become famous (lot 200).

There is also a collection of volumes by French editor Éric Losfeld (Éditions Le Terrain Vague), who published mythical characters such as Barbarella (lots 145-155). He was important for developing the relationship between pop art and comics. The most important volume at auction is Saga de Xam (lot 153).

Also very important is the section devoted to advertising, which in the 1960s was reinvented. Among the most interesting examples are an advertisement for Chiquita bananas (lot 50), a brand we still know, and advertisements for Vespa and Lambretta motor scooters (lots 241 and 56, repectively). There is also a section dedicated to Armando Testa, including the cover lot (lot 34), a poster of the Paulista coffee, which has not been seen before. And there are also all the characters from Carousel, from Calimero to Topo Gigio, to Toto and Tata, to an inflatable Susanna tutta panna, a prototype where the advertising was imprinted (lot 30).

An important section is dedicated to Westerns, which is in anticipation of a major exhibition organized by Little Nemo at the Museum of Comics “Wow” in Milan and of an auction that features lots from the exhibition. They are going to be held this fall and are devoted entirely to the Western in Italy, from Buffalo Bill to Tex Willer, star of the Italian comics series.

At the auction on July 18 there will be various posters of Sergio Leone’s films, which are in high demand by international collectors, mainly British, American and Japanese. They appreciate them as highly as Italians. In particular, lot 88 is a rare first edition of A Fistful of Dollars from 1964, a poster that is sought after throughout the world. It was the time when Leone still used the alternate name Bob Robertson, as he was still not sure of the success that would soon come.

Relating to the theme of space, there are some vintage toys and game, plus a cover by Dutch Karel Thole, who worked extensively in Italy drawing the covers for Urania (lot 108). 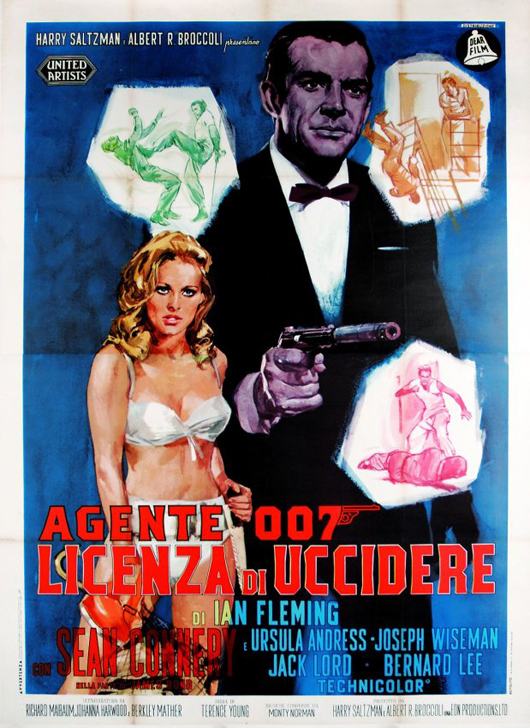 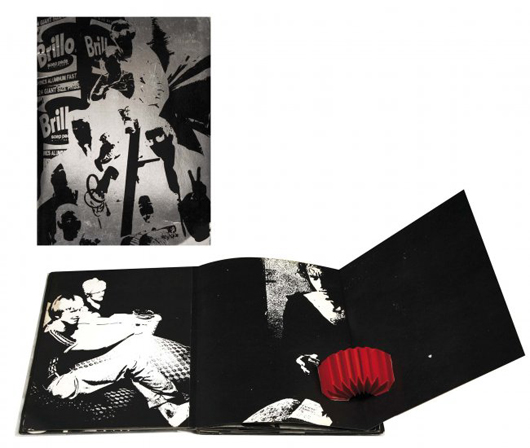 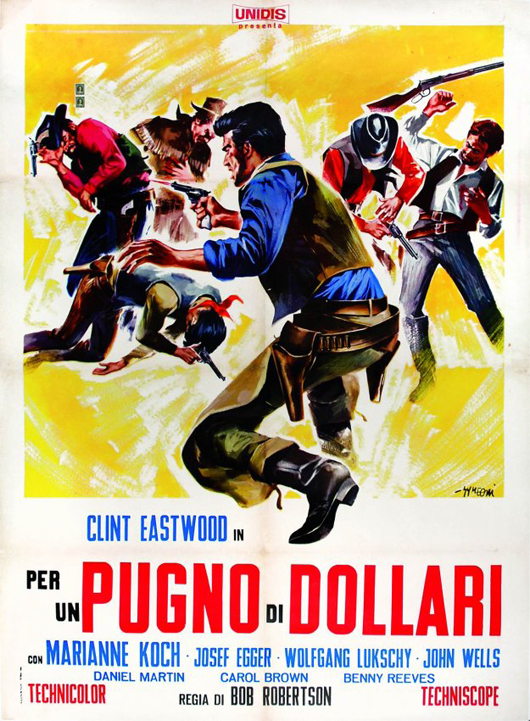 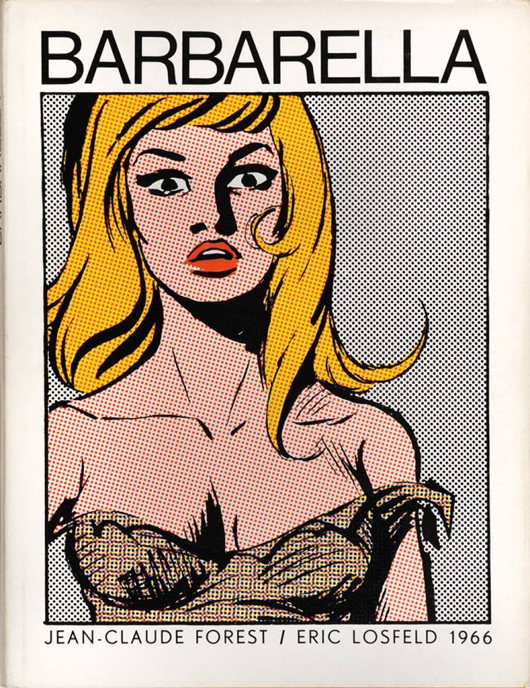