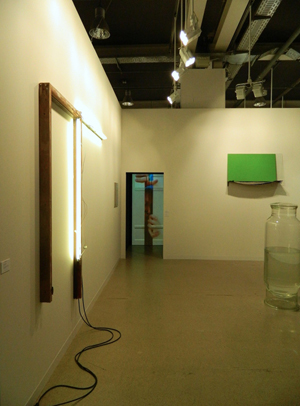 Walking through the corridors of the 43rd edition of ArtBasel, the most important fair for modern and contemporary art that has just closed in Basel, Switzerland, one could not help not to notice the presence of high-level Italian postwar art hanging at the booths of many important international dealers.

Major New York modern art dealers like Acquavella Galleries and Helly Nahmad showed works by Morandi, De Chirico, Fontana and Burri, the most sought-after Italian artists on the international level. Mirror works by Michelangelo Pistoletto were shown among others by Luhring Augustine (New York), Galleria Continua (San Gimignano, Beijing, Le Moulin), and Simon Lee Gallery (London). Gladstone Gallery had works by Alighiero Boetti, Mario and Marisa Merz, ceramics by Lucio Fontana, and sculptures by Fausto Melotti. Arte Povera was all around, as well. German gallery Konrad Fischer Galerie, for example, had works by Mario Merz and Giuseppe Penone, who is currently on show at dOCUMENTA(13) in Kassel, as well. “We try to respond to the market request,” director of the gallery’s base in Düsseldorf Thomas W. Rieger tells us, “and the market now asks for Arte Povera.” The gallery sold a large sculpture by Penone. Works of such dimensions usually quote around 350,000 euros ($440,000).

Younger Italian artists were represented, as well. French gallery Emmanuel Perrotin presented a new work by Paola Pivi (1971), consisting of a chain of 40 plastic airplane models hanging from the ceiling, on sale for 70,000 euros ($88,000). From June 20 the Italian artist is on show in Central Park in New York with an installation promoted by the Public Art Fund, and at Rockbund Art Museum in Shanghai.

New works by Italian star Francesco Vezzoli, showing a pair made of an antique portrait bust and a contemporary response made by him, were presented at Turin gallery Franco Noero and at French gallery Yvon Lambert. Each sculpture cost between $150,000 and $175,000.

An extensive presentation of Italian contemporary art through different generations was offered at the booth of Magazzino d’Arte Moderna, an Italian gallery based in Rome. The center of the booth was occupied by a work by Alberto Garutti, 1948, consisting of two glass jars full of water. Garutti represents almost a paternal figure to other artists shown in Basel, not only because he is older, but because he is a teacher at the Brera Academy in Milan and at the IUAV University in Venice. In his work Garutti puts the public space at the center of attention; art is used to connect people. And this is also the case of the work shown in Basel, which is part of a bigger installation made in the gallery in Rome. The water contained in the vases comes from a fountain in the courtyard of the gallery’s building, which is said to be the fountain where the she-wolf who rescued Romulus and Remus used to drink. It represents not only a link to the story of the city, and a primary need of humanity, but also an element that connects individuals and families in a building. To underline this fact the artist has reconstructed the plumbing system of tubes, which goes through the apartments in drawings and through an installation in the gallery. The price of each vase is 20,000 euros ($25,000).

Another generation of Italian art, younger than Garutti but already established, was represented in Basel by Massimo Bartolini (1962) and Elisabetta Benassi (1966). Bartolini’s research focuses on the relationship between the human being and the environment. In the series “Rugiada,” which means “dew,” Bartolini recreates the morning dew on monochrome paintings through drops of water mixed with silicon sprayed on the surface, thus combining the wonder of nature and the history of art in one (the work from the series on show in Basel was priced 13,000 euros or $16,500). Massimo Bartolini, like Penone, is currently on show at dOCUMENTA(13) in Kassel with the work Untitled (Wave), where he recreated the movement of a wave in a pond.

The younger generation was represented at the booth of Magazzino by Alessandro Piangiamore (1976), Daniele Puppi (1970), and Gianluca Malgeri (1974). Malgeri’s work Wunderkammer attracted a lot of attention. The installation, composed of branches resembling the deer’s antlers of a trophy, was inspired by the myth of Apollo and Daphne. It deals with the theme of love, but also of collecting art. It was sold for 15,000 euros ($19,000) to an international buyer. The works by Puppi and Piangiamore had a great commercial success, as well, and they were sold on the first day to international collectors: a real satisfaction for Italian young art, which succeeds in asserting itself for its quality despite the lack of a solid art system in its homeland. 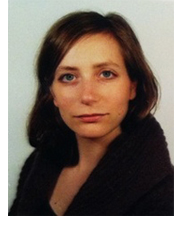 Silvia Anna Barrilà is an Italian fine arts journalist and regular contributor to the Italian financial newspaper Il Sole 24 ORE (ArtEconomy24). She also writes about art, design, lifestyle and society for a number of Italian and international magazines, including DAMn Magazine and ICON (Mondadori). She is based in Milan and Berlin. 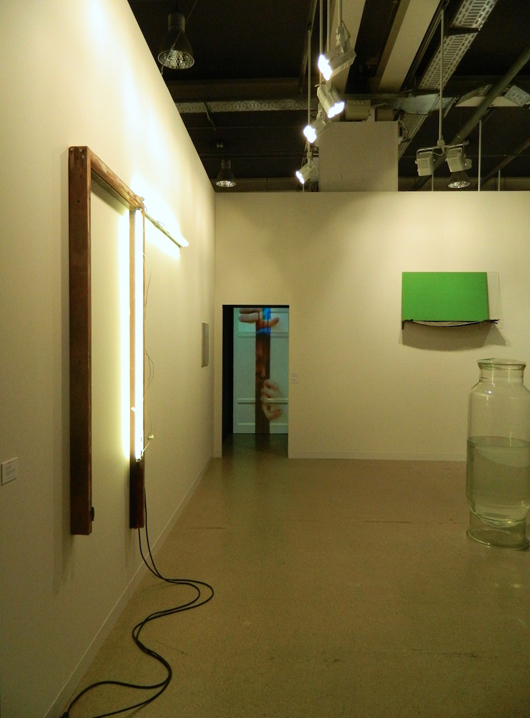