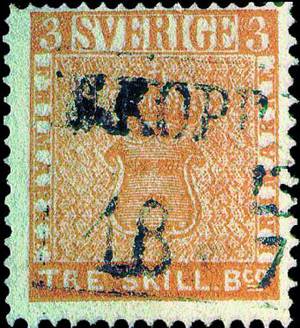 Spring and summer 2010 has not been the best of time for investors. Greece’s bankruptcy sent the Euro into a dive. The gold price climbed ever higher, reflecting the already weak dollar. Stock markets around the world staggered. Even holding paper currency appeared dangerous because of its declining value.

Meanwhile, a quiet group of private investors turned in the winning bid on the Treskilling Yellow. There is only one known example of this 1855 Swedish postage stamp. The group was one of only two active bidders in the closed-door auction at David Feldman Auctioneers, Genf. While the May purchase price was not released, the Treskilling Yellow was last sold by David Feldman for 2,875 million Swiss Francs in 1996.

David Feldman noted that the consortium believed the Treskilling Yellow to be “a solid investment in these turbulent times.”

Tangible assets such as art and antiques take on a particular gleam during unpredictable economic periods. Buyers are also looking hard at antique gold and silver coins, as well as photographs from the turn of the 20th century.

Markus Eisenbeis, partner in Van Ham Kunstauktionen, Cologne, has observed this buying trend since the fall of 2009. He notes that paintings to 1970 are of special interest to these buyers.

“Long-term, these are surely value stable,” said Eisenbeis. “If they can be sold without a loss during every difficult economic time is naturally questionable.”

As with all investments, the amount of money recouped when selling is what the market will bear at the time of the sale. One wonders if a reasonable profit is even possible during strained economic times? The auction market, which in recent years has experienced a reduction in sales volume, has at the same time seen individual objects set record prices. Time-honored works by artists included in museum collections tend to at least maintain their original value. Those who can keep their investment for a decade or two have the chance of reaping a sometimes eye-opening profit.

“That the investors are concerned about the security of their investment, they look for secure value,” said Dr. Takuro Ito of Lempertz, Cologne. “That is, quality artwork, artwork with good provenance, work of the Old and Modern Masters, in the area of contemporary art – works that are classic, for example established contemporary artists.”

Robert Ketterer, auctioneer and owner of Ketterer Kunst, Munich, agreed. He said works by Dürer, Rembrandt or E.T. Compton are often requested. Of the classic moderns, Erich Heckel, Ernst Ludwig Kirchner, Gabriele Münter and Emile Nolde are popular at Ketterer; the same goes for the intuitive contemporary art appearing after 1945; even pieces by living artists such as Georg Baselitz, Gerhard Richter or Günther Uecker are sought-after investments.

“That the interest in art as investment has risen and continues to rise is correct,” said Ketterer. “Surely loftier reasons come into play with the motivations mix of the buyer. One should not forget that art is a product that speaks to the emotions of the observer.”

In other words, invest wisely, but love what you buy. Living with the art and antiques you love is more than the acquirement of tangible investments, it is a direct expression of your personality.

The enormous year-round Agra, a monthly Antik und Gebrauchtwaren Market at the agra Veranstaltungspark, Leipzig/Markkleeburg, is open Aug. 28 and 29 for summer shopping fun. With a field full of antique and trodel dealers coming from as far away as the Netherlands and Austria, the selection is immense. A recent visit revealed red and blue embroidered “Weisswasche,” hand-painted Jungenstil tiles and more hand-crank coffee grinders than this writer has ever seen in one place. An unusual and heavy player piano harkened back to the days when its music rolls may have filled in for the pianist of a fine café. The large agra hall has fine furniture, jewelry, art and more. www.abuha.de

The big Trodel Markt on the Strasse den 17. Juni in Berlin (near the angel-topped Siegessäule) is open Saturday and Sunday from 10 a.m. to 5 p.m. From dealers with lovely old paintings, glittering crystal and china, to dealers with cardboard boxes full of classic auto parts, there is something for everyone.

New member www.Lauritz.com is an online treasure trove for lovers of 20th-century design. Be sure to take a peek at shell chairs by Charles Eames, multiple shaded lamps by Poul Henningsen, and use the website’s “Last Chance” feature to view auctions ending in 24 hours.

An American freelance writer, Heidi Lux grew up near Rochester, N.Y., and is a graduate of that city’s Nazareth College. She presently lives in Saxony, Germany, where she works as an English language editor and private tutor. Her work has appeared in Transitions Abroad and German Life magazines, as well as Style Century Magazine. 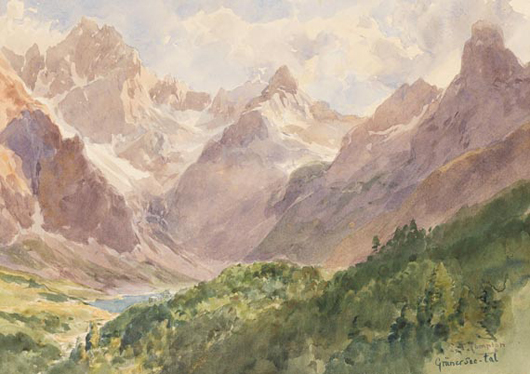 Robert Ketterer cited Josef Eber’s sensitive oil painting, ‘Tanzerin,’ 1923, as an example of a good investment where the former owner had bought not for a big name, but for artistic quality. When the work was auctioned at Ketterer Kunst’s Modern Art Sale in June, it rose from an opening bid of 22,500 Euro ($29,283) to 101,260 Euro ($131,818). Photo courtesy Ketterer Kunst. 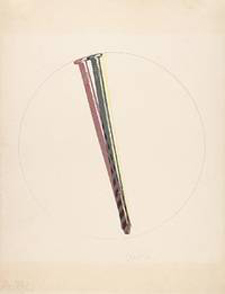 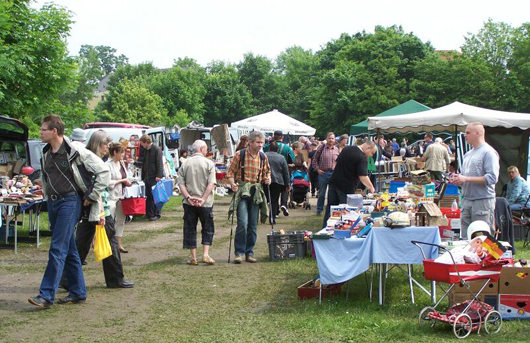 A large crowd enjoys treasure hunting in the far-flung fields at the Agra in Leipzig. Photo by Heidi Lux.

So Far, So Good, in Spite of Crisis

Painting at center of Caravaggio mystery unveiled
Scroll to top