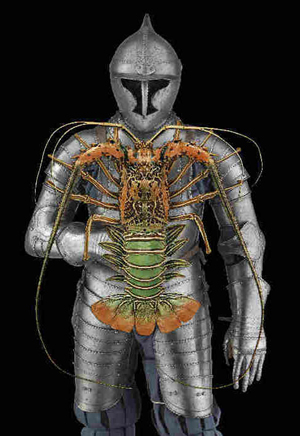 The annals of history are filled with the tactics and results of war. Its subsidiary handcrafts are often overlooked. Sculptor and building mogul Karsten Klingbeil of Berlin has spent the last 50 years assembling an astounding collection of handcrafted arms and armor documenting European cultural history from the first millennium to 1650.

The collection of 600 objects will be sold in a two-part cooperative auction beginning Dec. 13 at Pierre Bergé & Associés, Brussels. The second auction will be held in June 2012 at Hermann Historica oHG, Munich. Surprisingly, in addition to 40 full suits of armor, 120 helmets, swords daggers, shields and guns, mounted and preserved crustaceans are a part of this sale.

The reason for this is clear. Klingbeil’s deep interest in the way the human form was clad and protected in hand-forged metal related to the way these members of the animal kingdom are protected by their own natural armor.

“The Art of Protection,” as sale is titled, includes many treasures not often available for sale: a 16th century Milanese armor intricately etched and gilded from head to toe, credited to master Pompeo della Chiesa; a decorative 16th century Venetian parade shield made for Wolf Dietrich von Raitenau, Prince-Archbishop of Salzburg; and a parade saber with coral-set hilt made for the Electors of Saxony, 1620-30.

Some of these pieces were formerly in the collections of such notables as William Randolph Hearst and Lord Astor of Hever.

Karsten Klingbeil is as interesting as his collection. At 14 he knew he wanted to become a sculptor and always pursued this dream, but life got in the way. Following time as a prisoner of war during World War II, he returned to Berlin and financed his art studies by newspaper distribution and an employment service for students. He started a construction firm that became wildly successful. In a 60th birthday present to himself, he sold the company and focused on sculpture full time.

His sculptures, not surprisingly, involve the human form. And as an artist he writes not of war, but of man living in harmony with his natural environment. Maybe that is why his armor collecting has run its course.

Whatever the reason, “The Art of Protection” is an arms and armor auction that will be long remembered. 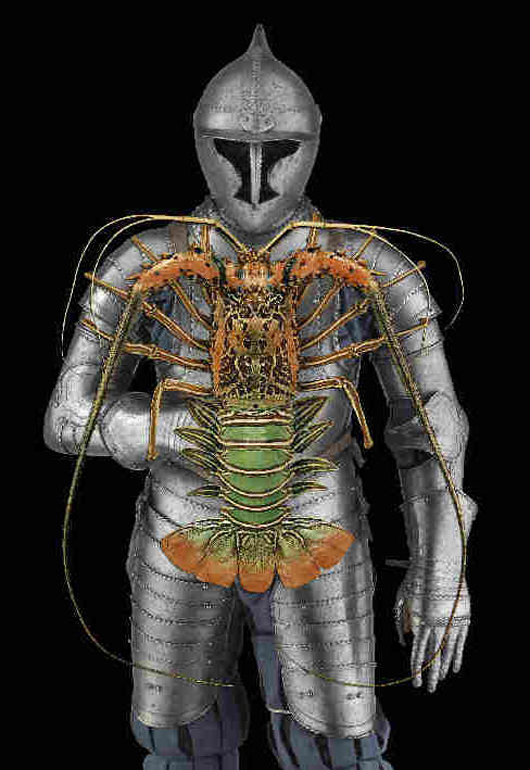 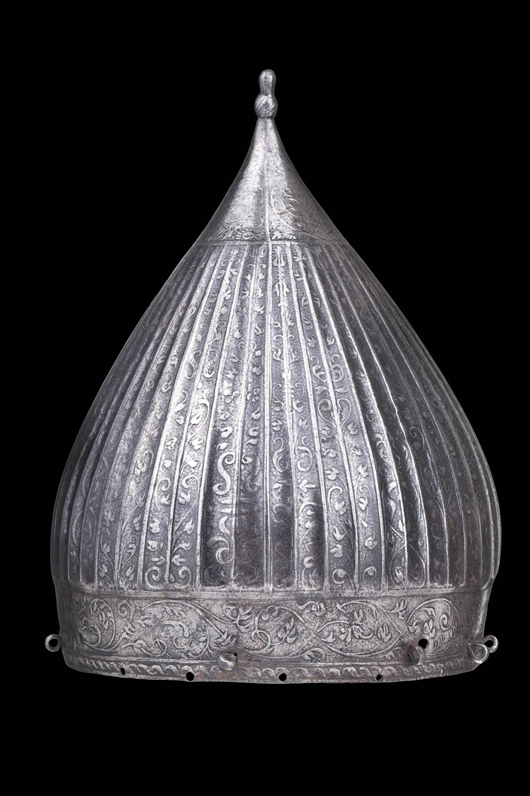 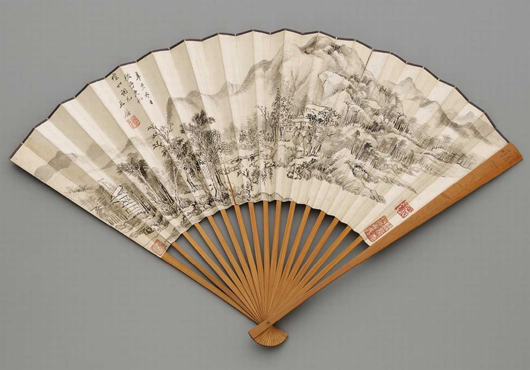