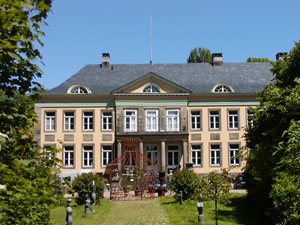 If an auction house happens to be located in a fairy-tale castle, that’s a double treat for those who love antiques. Kunst und Auktionshaus Schloss Hagenburg is one of those lucky occurrences where stately antiques are showcased in a castle that dates back to the 14th century. Located in the county of Schaumburg near Hannover, Germany, Schloss Hagenburg is part of an idyllic natural setting.

“We also live in this castle near the beautiful Steinhuder Lake,” said owner and auctioneer Karl-Heinz Frantz.

Frantz, his wife, Ute, and daughter, Anne, all work in the family business. Their mixed breed Weimariner, Lily, is considered part of the team. Frantz started the business in 1969, auctioning only fine art. The auction house has since added antique furniture, porcelain, jewelry and much more to their offerings. In 1995 they bought Schloss Hagenburg as an auction house and home.

“If you have a clean modern hall, it’s not such a good background for antiques,” Frantz noted. “The Schloss has the painted ceilings, the plaster moldings, it’s a very nice setting for the auctions.”

Like many old castles, Schloss Hagenburg has changed in design and size since its first inception. Its most extensive renovation was undertaken by Princess Juliane in the late 1700s, who dreamed of creating a palace of pleasures. As anyone who has renovated can appreciate, the work took longer than expected. Both the designer, Clemens August von Vagedes, and the princess, did not live to see the project completed.

Visitors today enter the castle through a central portico supported by Tuscan columns. A white stork nests in the middle chimney of the main building. The little Steinhuder Lake is connected to the castle by a small canal. The grounds open onto a wooded park filled with songbirds.

It’s easy to find a reason to visit, as Frantz not only holds three to four auctions per year, but also sells antique furniture, jewelry and even real estate year-round.

“Sometimes we get antiques from someone cleaning out a house, and then we get the house to sell too, because the people are moving away,” said Frantz.

“We don’t specialize in any particular style,” he added. “We auction what we get. Every auction is another happening.”

Schloss Hagenburg’s next auction on June 30 features a large collection of Chinese furniture, porcelain and bronzes. Details can be found at www.SchlossHagenburg.de

Items with historical significance are selling well. Auction Team Breker, Cologne, reported that a 1938 Enigma ciphering machine – used for sending and decoding secret messages during World War II – sold for 81,158 euros ($100,000), at their spring auction of Science, Technology and Toys. the machine went for over 10 times its estimated price. Their next auction of Photography and Film is set for Sept. 22. www.Breker.com

A world record price for the most expensive camera ever sold was set by Viennese auction house WestLicht this spring. A 1923 test camera from the Leica 0-Series, estimated at 300,000 euros ($379,000), was pushed to an astonishing 2,160,000 euros ($2,729,857), through a flurry of floor, telephone and Internet bids. This is the fifth time WestLicht can say it has auctioned the most expensive camera in the world. They will hold photo and camera auctions on Nov. 23 and 24. www.Westlicht-Auction.com

Schwarzenbach Auktions Zurich are accepting items for their next international postage stamp through the end of July. The auction on Oct. 19 and 20 will included single lots from Switzerland, Liechtenstein, Europe and overseas. For details visit www.Schwarzenbach-Auktion.ch 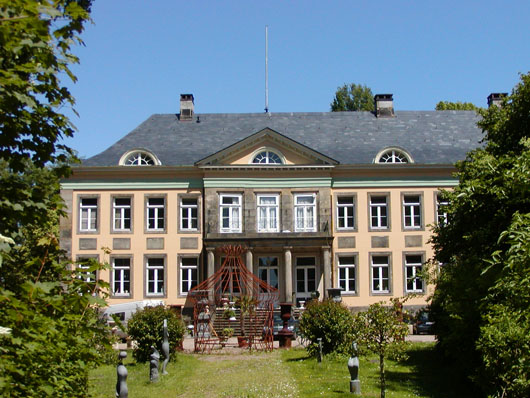 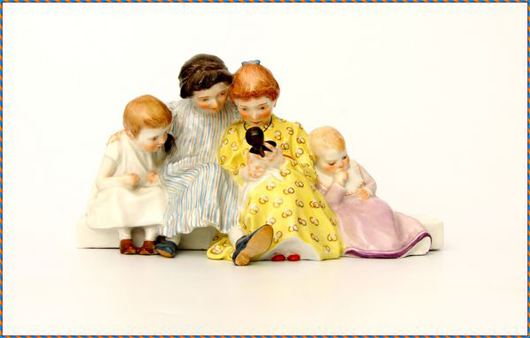 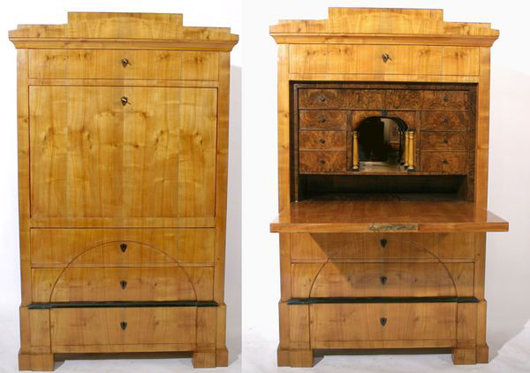 A North German Biedermeier secretaire crafted of cherry and walnut root wood, circa 1840, priced at 3,500 euros ($4,413) in the salesrooms of Kunst und Auktionshaus Schloss Hagenburg. Photo courtesy the auction house. 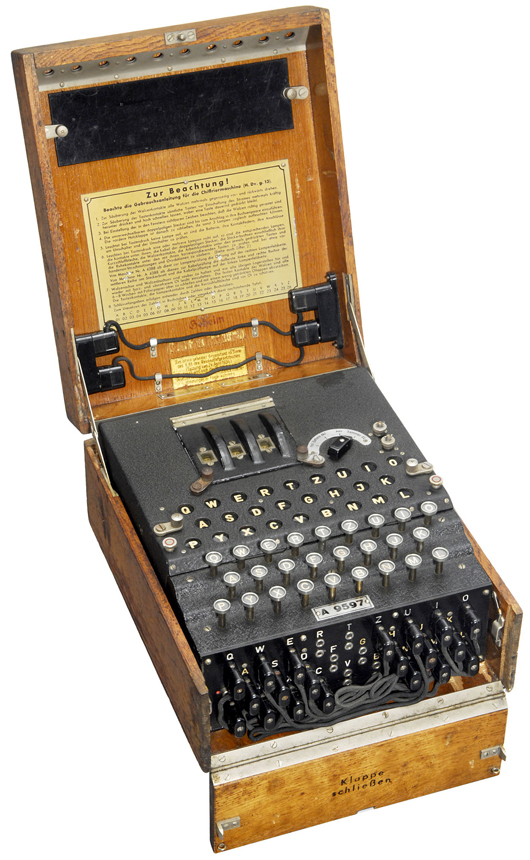 Staying modest has made Antico Mondo a friend to toy collectors