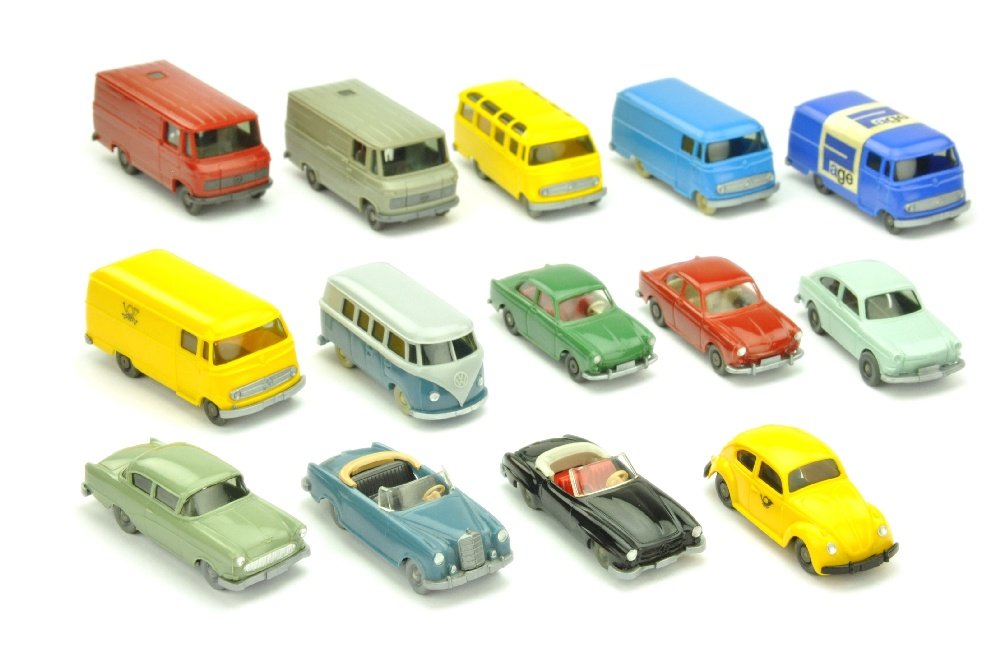 The range of Wiking colors is startling: black; white and cream to beige, many shades of gray, dark and light red, blue and green; yellow and orange. Photo courtesy of Auktionhaus Saure.

COLOGNE, Germany – It’s an exclusively small, male-dominated club. But instead of being united by school ties, this group has a passion for tiny wheels – Wiking models, to be exact. Sales at Auktionshaus Saure are always filled with casually dressed older men intently referring to the sale catalog. It’s not that women are intentionally left out. It’s just that these colorful plastic models were primarily the domain of West German boys growing up in the 1950s and ’60s.

“Our average customer,” said auctioneer Carsten Saure, “is between 40 to 60 years old. They are only men. There are no women collecting. They were born after World War II and played with Wiking models as children.” 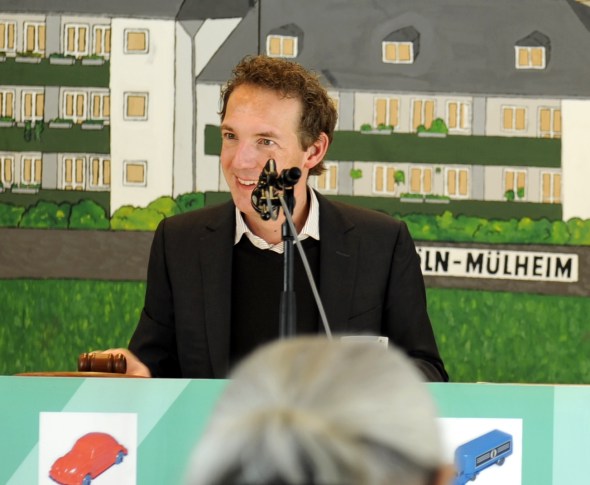 Wiking got its start when the Berliner Friedrich Karl Peltzer turned his model shipbuilding hobby into a business in 1931. He provided the military with model ships made of a metal composite material (zamac), which were used for strategic training. Airplanes, then later armored military vehicles, were added to his product line. Only a few of the models were sold as toys. In 1938 Wiking started making some of the models from plastic.

“But after World War II, of course it was it was not possible to make war items,” explained Saure. “So Wiking began making model cars, which made them popular.” 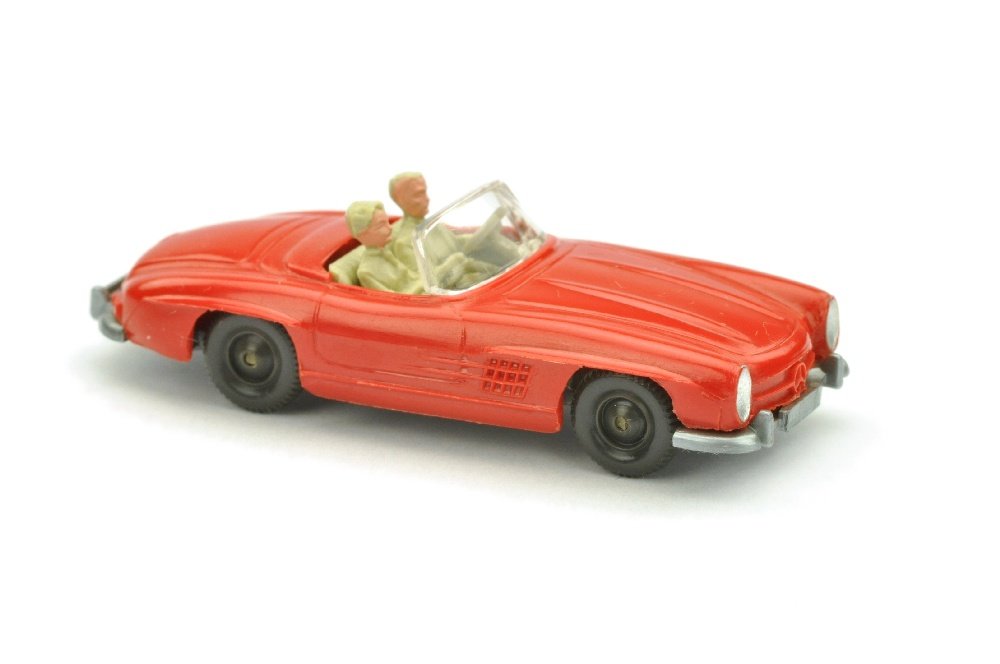 Out for a jaunt in a red Wiking Mercedes 300SL convertible, which is lot 8139 in Auktionshaus Saure’s 64th auction. Photo courtesy of Auktionhaus Saure.

The postwar division of Germany left Wiking in the western part of Berlin. Because few of the models made it to other European countries, Wiking models became a West German phenomenon.

Volkswagen commissioned tiny VW models, using them as presents for children whose families bought a new Volkswagen. Some even made it to the United States. So there are plenty of Wiking VW Beetles, buses and even Karmann Ghias in existence.

Wiking autos come in candy colors. Bright and shiny, with great attention to detail, it’s no wonder children were attracted to them. The line of Volkswagens, Mercedes and other car models expanded into exciting things like trucks, tractors, combine harvesters and trailers. The company made constant improvements: moveable wheels, then transparent windshields, then a few entirely transparent cars. 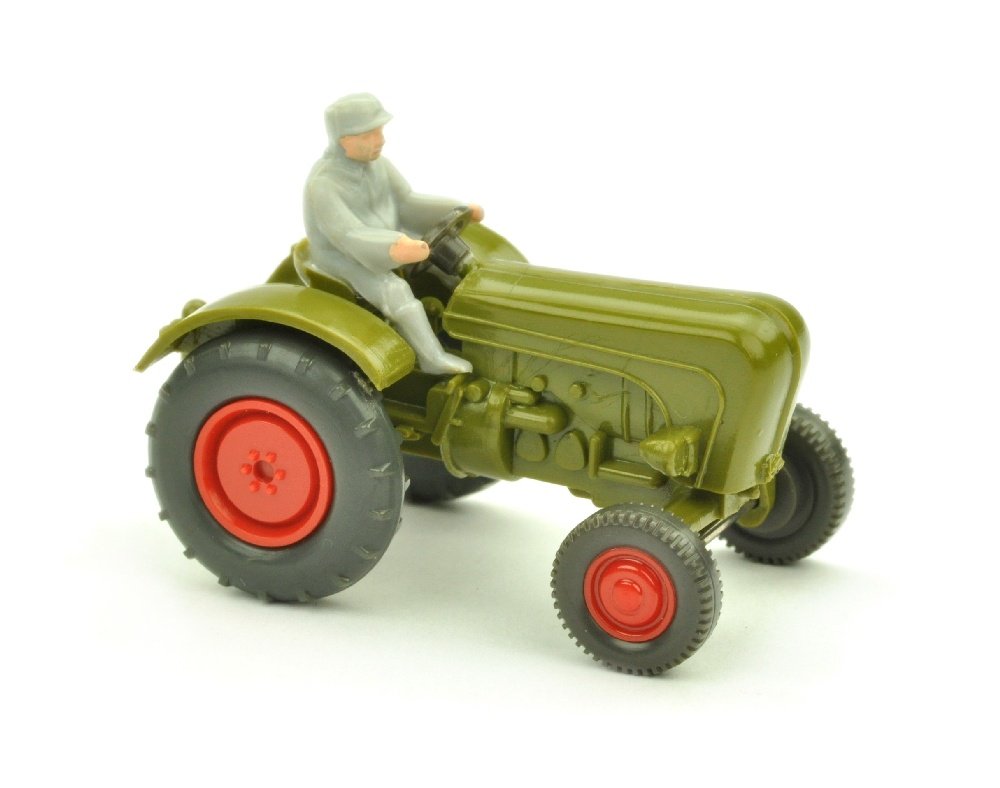 Lot 8083 is a Porsche tractor (Schlepper). Like most items, the starting bid is 10 Euro. But rare Wiking models can sell for thousands. A prototype green VW Karmann Ghia went for $3,051 (2,700 euros) at the last auction. Photo courtesy of Auktionhaus Saure.

The fascinating thing for collectors is no one really knows how many different Wiking colors or models there are in existence. As long held collections come to auctions, new prototype models are often discovered.
“Several years ago, I wrote a book about the Wiking items. Now the book is updated and interesting items have been added,” noted Saure.

Like the men who fill his auction house, Saure grew up with Wiking models because his father is a collector. This tight-knit group of collectors enjoys their Wiking models in many different ways.

“I know some collectors who have their Wiking models in a bank safety deposit box – this is mostly the expensive ones,” said Saure. “But then I know other collectors who have Wiking models like wallpaper, from top to bottom, in their rooms. Some put them in a glass vitrine with some small houses from the 1950s, some figures and their cars. They make little scenes with them.”

And therein lies the original spirit of Wiking collectibles – getting lost in that sense of play. 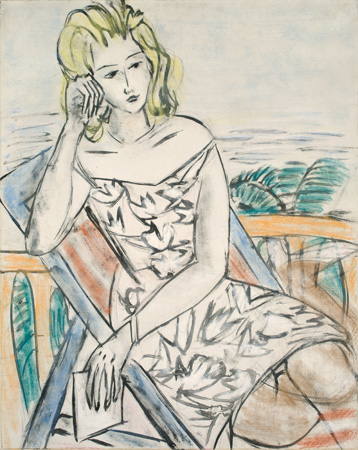 ‘Picture of a Young Girl’ by Max Beckmann, 1939, oil and pastel on canvas from the Nov. 25-28 sale at Villa Grisebach. Photo courtesy of the auction house.