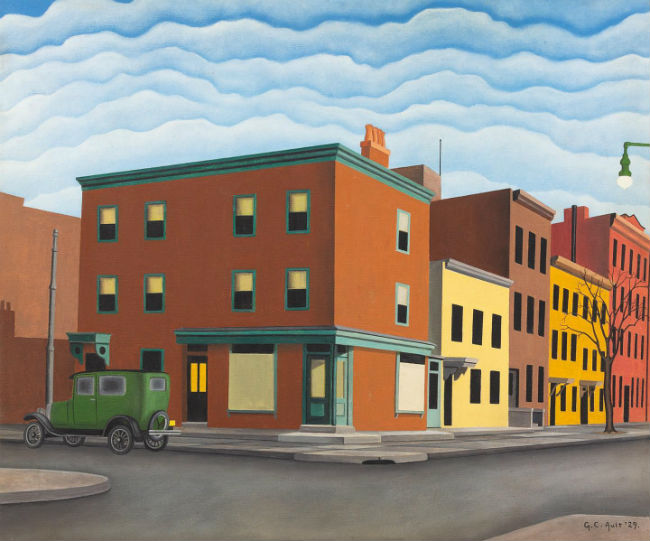 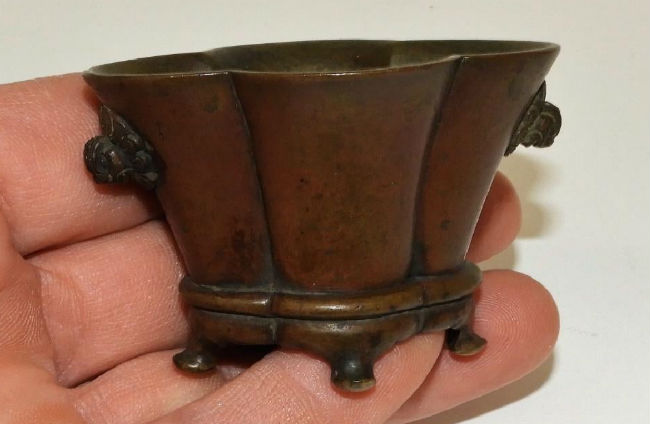 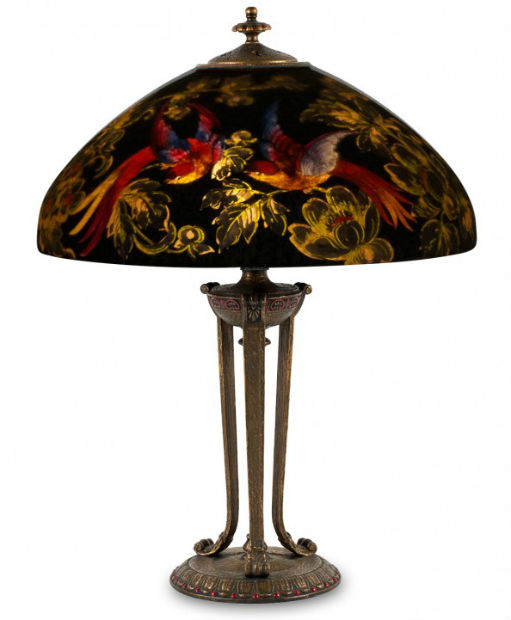 A Handel table lamp with a signed, 17¾-inch-diameter Birds of Paradise shade sold for $10,030 at a sale of art, antiques and clocks held June 8 by Miller & Miller Auctions Ltd., in New Hamburg, Ontario, Canada. Also, a rare Pequegnat “Nelson” tall case clock, made in Canada and one of only a few known, 81 inches tall, sold for $8,625; and an oil on canvas painting by Homer Watson (Canadian, 1855-1936) made $8,625. Prices are in Canadian dollars. 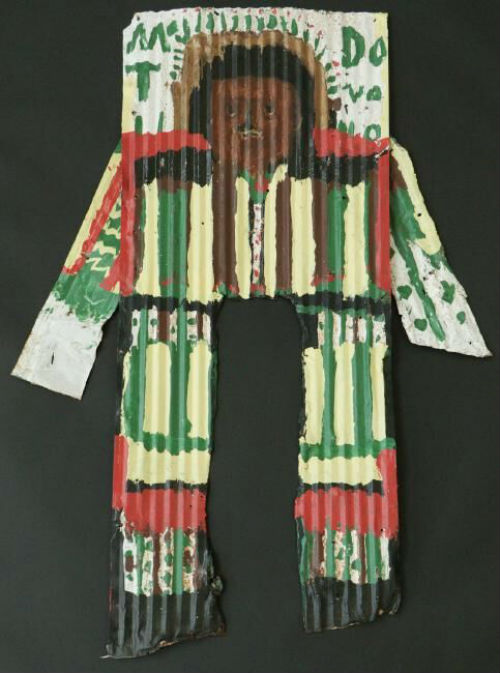 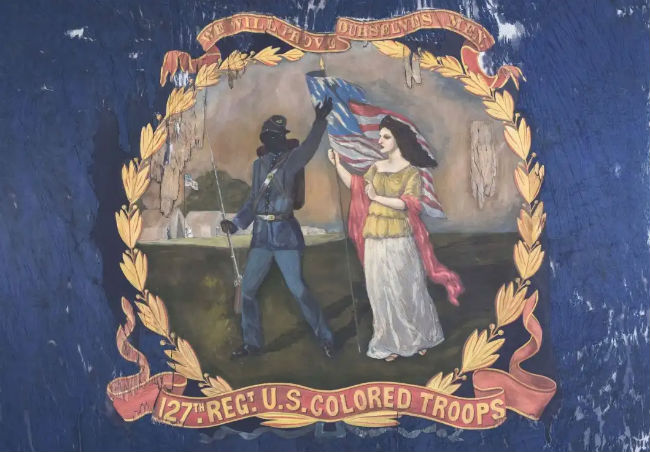 An 1864 hand-painted flag that was carried into battle by the 127th Regiment, one of 11 African-American regiments from Pennsylvania that fought for the Union during the Civil War, sold for $196,800 at an auction held June 13 by Morphy Auctions in Denver, Pa. Believed to be the only survivor from the original 11 flags hand-painted by David Bustill Bowser, son of a fugitive slave, the flag’s artwork shows a Black troop bidding farewell to Columbia, the Goddess of Liberty. 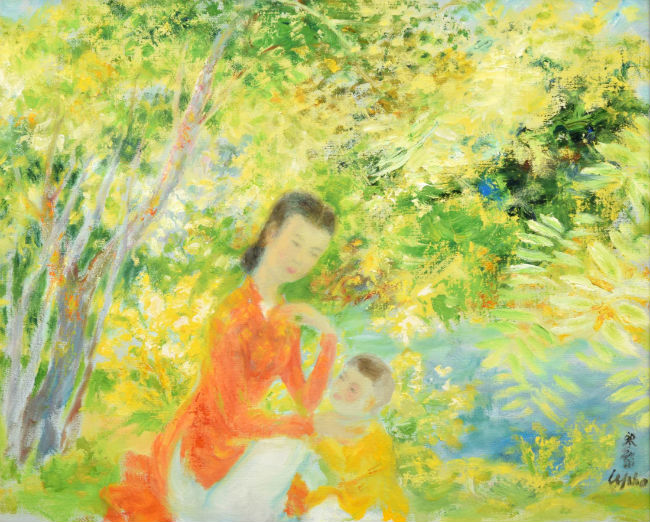 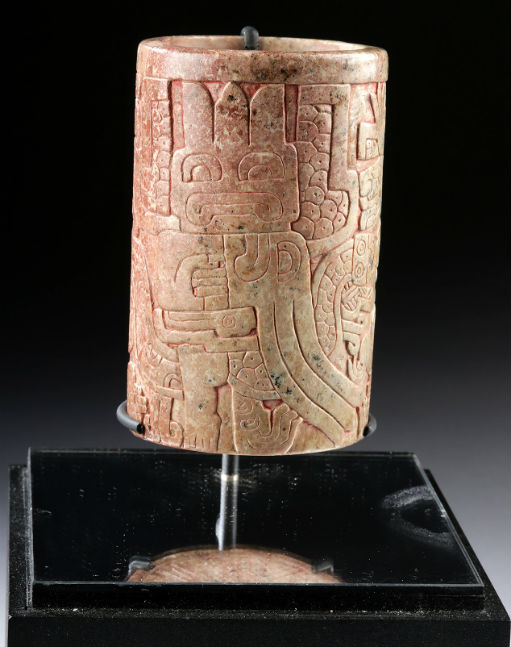 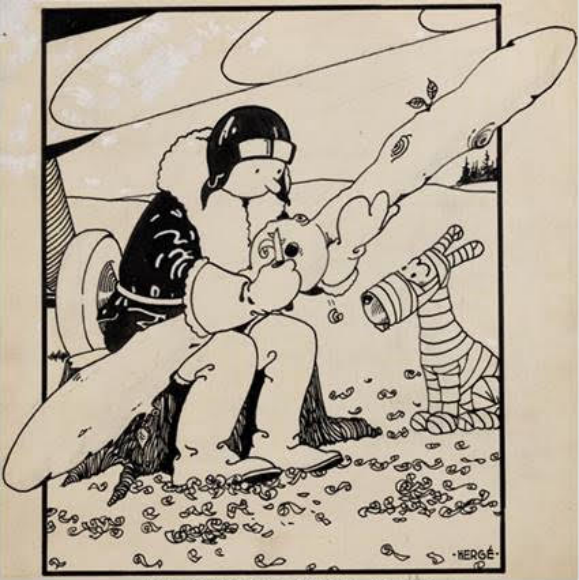 The very first original cover art featuring the beloved comic character Tintin titled The Adventures of Tintin Vol. 1: Tintin in the Land of the Soviets (1930), by the artist known as Herge, sold for $1.12 million at a European Comic Art Auction held June 8 by Heritage Auctions in Dallas. It is one of the few known privately owned cover illustrations signed by Herge, and also the oldest. The cover art features both Tintin and his canine companion, Snowy. 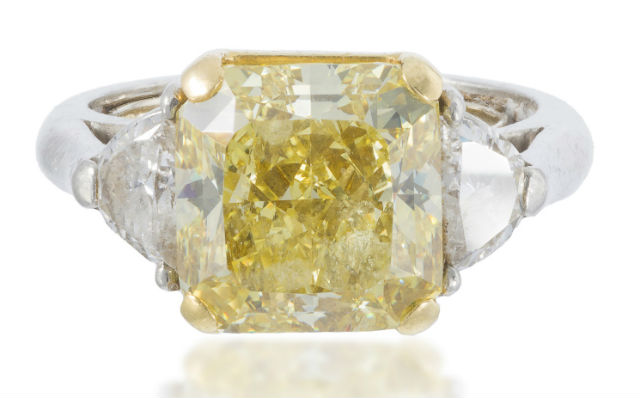 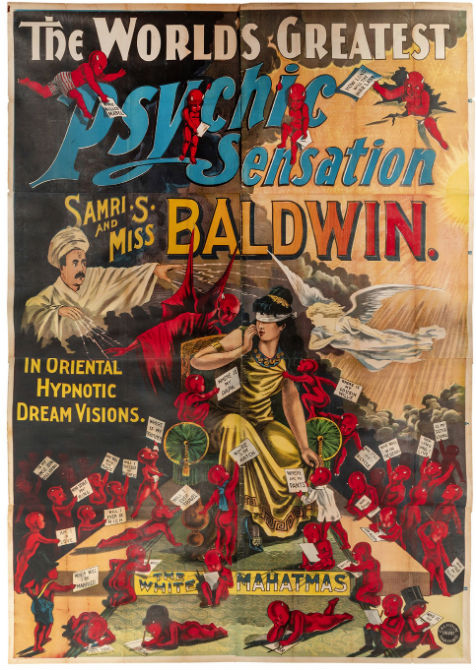 An eight-sheet color lithograph poster titled The World’s Greatest Psychic Sensation, promoting Samri S. and Miss Baldwin in “Oriental Hypnotic Dream Visions,” circa 1895, 109 inches by 81 inches, sold for $4,800 at a Vintage Poster Sale held May 22 by Potter & Potter Auctions in Chicago. Also, a 28-by-41½-inch poster of Kar-Mi (Joseph Hallworth) from 1914, titled Performing The Most Startling Mystery of All India, showing the illusionist levitating a sarcophagus, rose to $3,120. 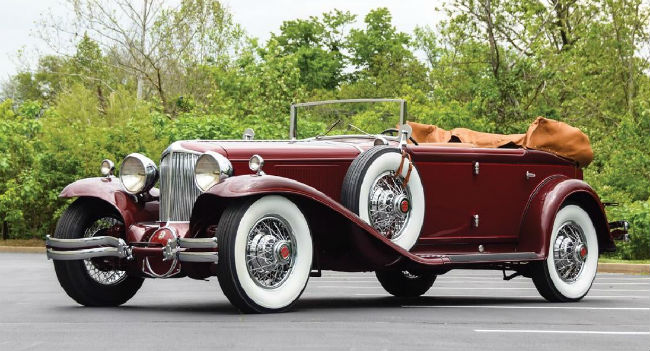 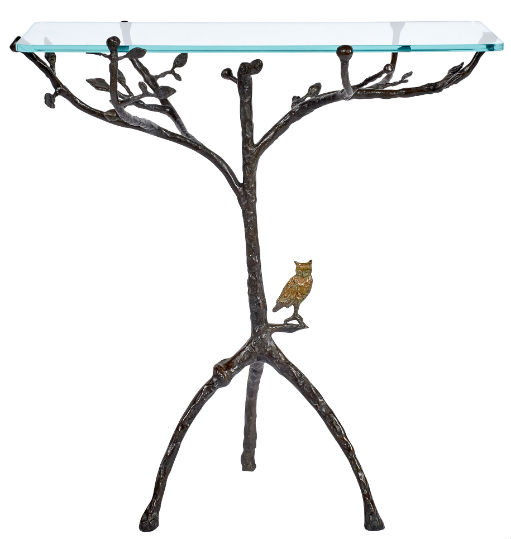 A patinated bronze furnishing by Swiss sculptor-designer Diego Giacometti (1902-1985), featuring a base naturalistically designed as a tree with an owl perched on a branch, sold for $112,500 at a Doyle+Design auction held June 5 by Doyle in New York City. Also, a set of eight rosewood and leather chairs by Ole Wanscher (Danish, 1903-1985) garnered $34,375; and a circa 1915 Tiffany Studios bronze and gold Favrile glass 10-light Pond Lily lamp lit up the room for $18,750. 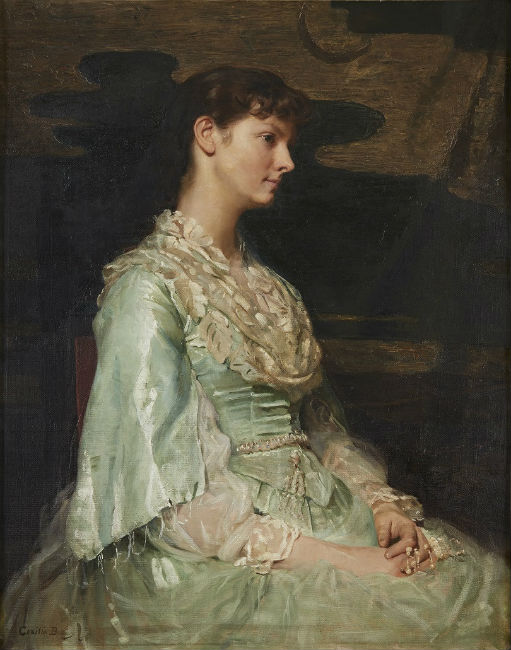 An important cabinet made in 1937 from palmwood, dinanderie, oxidized brass and sycamore by Eugene Printz (1889-1948) and Jean Dunand (1877-1942) sold for $5.496 million at a Design Auction held June 4 by Christie’s in New York City. Also, a Grand Mouflon de Pauline bar cabinet and a Belier, Transhumant and Agneau by Francois-Xavier Lalanne brought $1.935 million and $675,000, respectively; and Claude Lalanne’s Les Grandes Berces bench made $615,000. 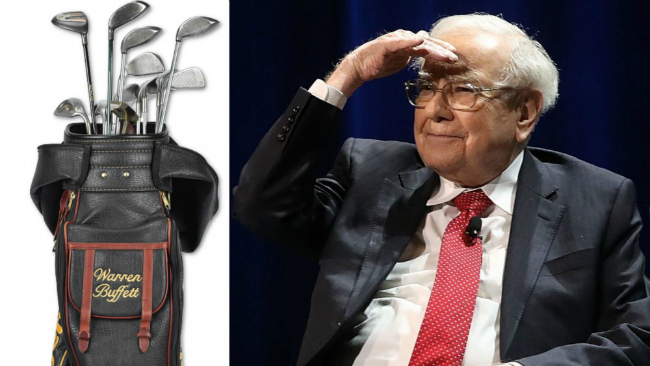 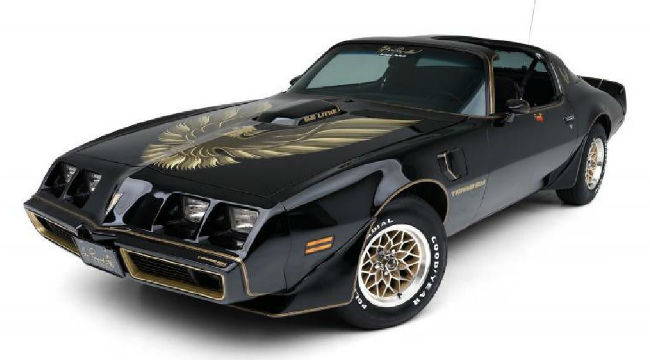 The 1979 Pontiac Firebird Trans Am car custom-built for Burt Reynolds and driven by him in the movie Smokey and the Bandit sold for $317,500 at an auction of items from the estate of the movie star held June 15-16 by Julien’s Auctions in Beverly Hills, California. Also, the original Smokey and the Bandit script, signed by Reynolds, realized $37,500; his “Bandit” scanner and CFB radio, signed, made $25,000; and an Unforgiven movie poster personalized to Reynolds by Clint Eastwood made $19,200. 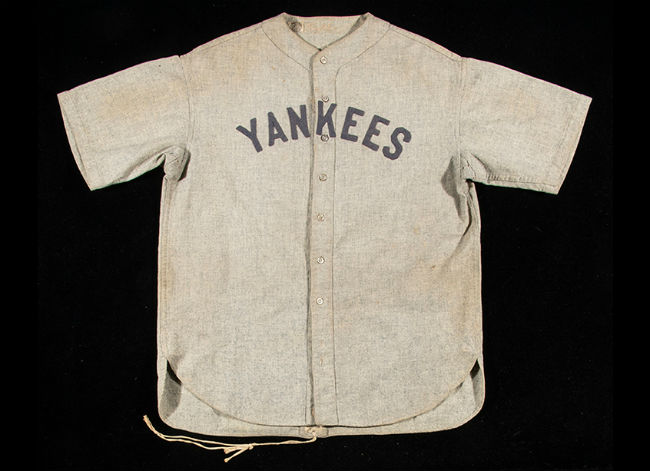 A New York Yankees jersey worn by Babe Ruth sold for $5.6 million at an auction held June 15 in New York City by Hunt Auctions, based in Exton, Pa. It was a new auction record for an item of sports memorabilia. The previous record of $4.4 million was set in 2012, also for a Ruth jersey. The one just sold dates from 1928-1930. It was consigned by a private collector and was part of a collection of items auctioned at Yankee Stadium. The buyer asked not to be named. 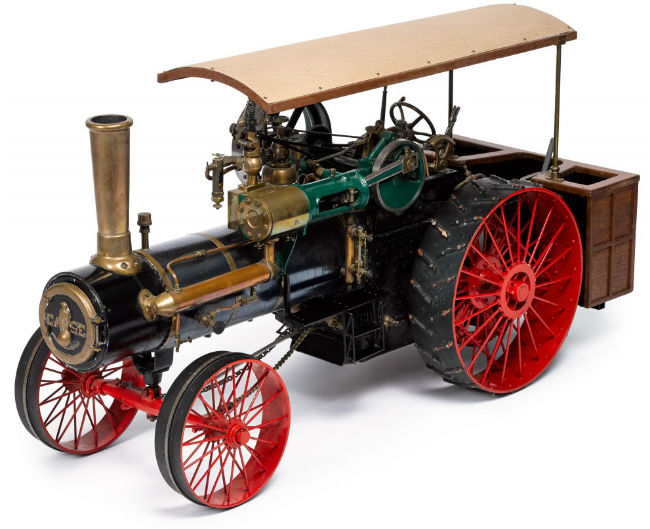 A large model of a Case traction engine sold for $13,420 at an Antique Toy Auction held June 17 by Pook & Pook, in conjunction with Noel Barrett, in Downingtown, Pennsylvania. Also, a 22-inch live steam traction engine model of a 1913 Burrell & Sons tractor rolled away for $10,980; a French CIJ clockwork Alfa-Romeo race car sped off for $6,100; a horse-drawn Adriance Buckeye sickle mower brought $4,880; and an E. Trask mechanical Salem Witch toy made $3,416. 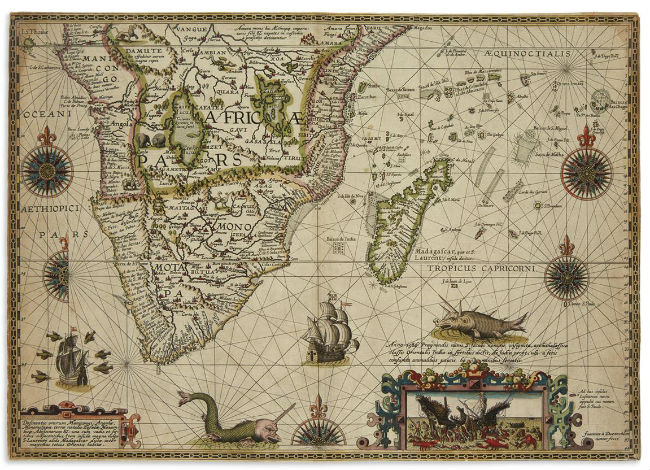 A map of southern Africa by Petrus Plancius (1592-1594), depicting fanciful beasts, sea monsters and giant lobsters devouring a ship, sold for $87,500 at a Maps & Atlases Auction held June 6th by Swann Galleries in New York City. Also, a May 2, 1775 draft of A General Map of the Middle British Colonies in America by Lewis Evans, documenting the Colonies into Ohio for the first time, soared to $125,000; and John Fisk Allen and William Sharp’s Victoria Regia, done in 1854, hit $30,000. 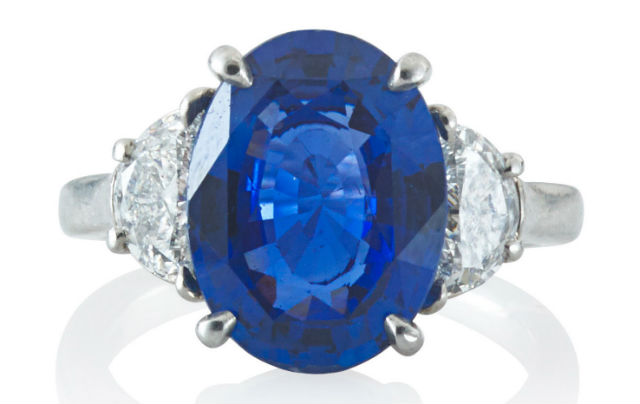 A Harry Winston sapphire and diamond platinum ring featuring a 5.11-carat Ceylon sapphire sold for $46,875 at Fine and Unreserved Jewelry Auctions held June 7 and 9 by Rago Auctions in Lambertville, New Jersey. Also, a Georgian rose-cut diamond button ring, the central diamond of which once belonged to the last Emperor of Mexico, Maximillian I, gaveled for $46,875; and a 4.89-carat diamond Art Deco engagement ring retailed by J. E. Caldwell finished at $43,