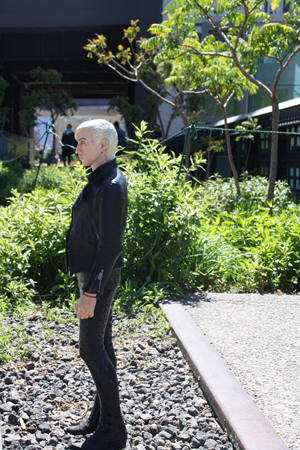 Suzuki’s tiny hipster ‘Carson’ on one of the sun decks. Statue by Tomoaki Suzuki. Photography by Kelsey Savage.

NEW YORK – The city has been fostering public art since organizing the group outdoor exhibit “Sculpture in Environment” in 1967. Since then, more than 1,000 works ranging from the experimental to the traditional have appeared throughout the boroughs. While street art is typically thought of as subversive, public funding helps bolster the creative energy within the city, changing the street’s landscape and fueling the community conversation between New York natives and tourist alike.

The High Line park, built on an elevated section of a former New York Central railroad spur, is an especially fertile location for artists to create work because it offers both an almost constant interaction with the public (so many people on a sunny day!) as well as an unusually natural environment thanks to the carefully landscaped native plant beds. One current, ongoing exhibition by various artists called “Lilliput” features miniature sculptures that nestle among the vegetation along the pathway, juxtaposed against the incredible scale of the view of the city below. The title of course refers to the island of tiny inhabitants that Gulliver visited—making you, the onlooker the Gulliver in this scenario. Six artists contributed to the piece: Oliver Laric, Alessandro Pessoli, Tomoaki Suzuki, Francis Upritchard, Erika Verzutti and Allyson Vieira.

A retrospective of public art in New York, “The Outdoor Gallery,” is available for download (http://www.nycgovparks.org/art-and-antiquities/art-in-the-parks). 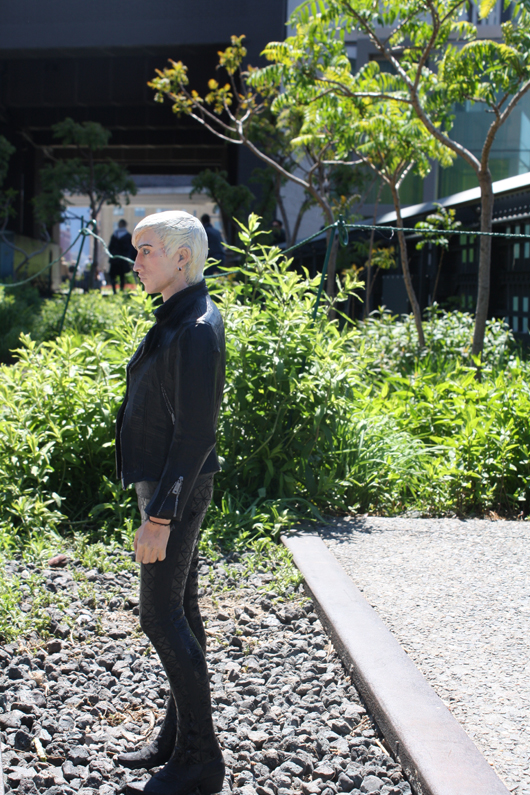 Suzuki’s tiny hipster ‘Carson’ on one of the sun decks. Statue by Tomoaki Suzuki. Photography by Kelsey Savage. 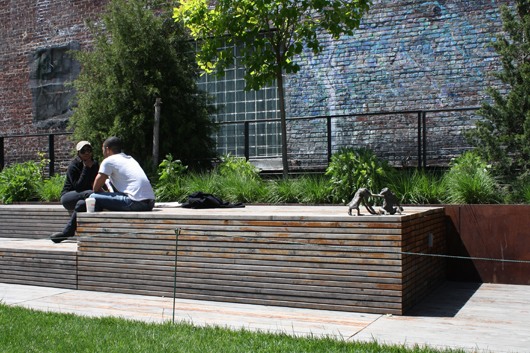 Upritchard’s ‘The Seduction.’ Two bronze primates sit on the opposite corner of the bench of those other primates. Statue by Francis Upritchard. Photography by Kelsey Savage. 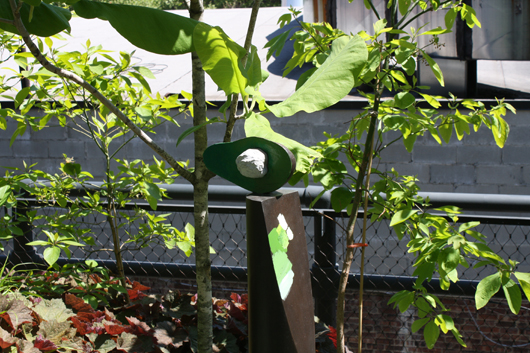 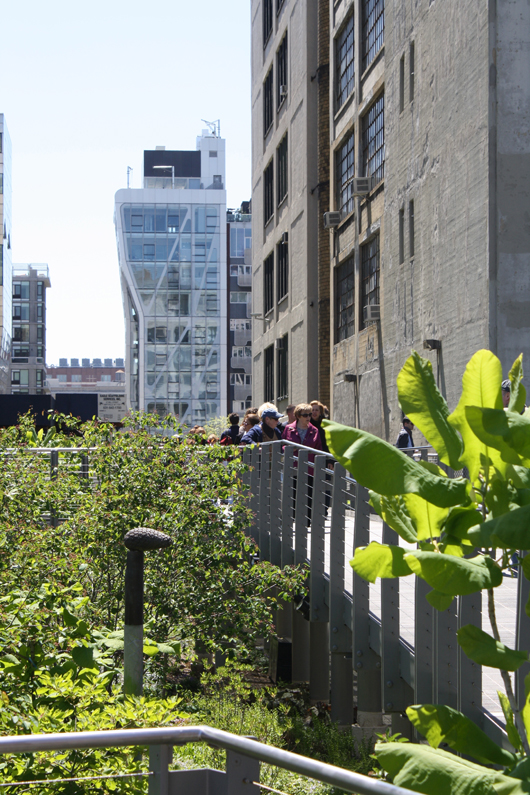 Verzutti’s sculpture is a study in scale. Statue by Erika Verzuitt. Photography by Kelsey Savage.

Reading the Streets: Down by the waterfront in Greenpoint

Reading the Streets: Faile’s mural at Bowery and Houston St.