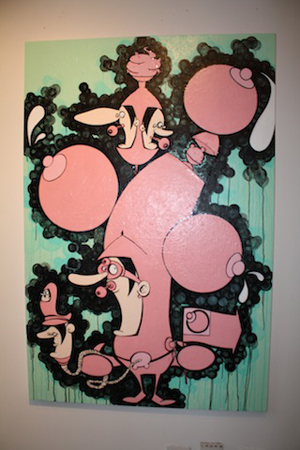 Painting by Atbat, one of the three members of the Art Official Flavor crew. Photo by Kelsey Savage Hays.

NEW YORK – It was only a one-night event, but Auction Central News didn’t want you to miss the results of the Art Official Flavor’s pop-up show at the Keeley Gallery in the Bowery. On Friday, from 7-11pm, people dropped by the space to check out new visuals by Gouch, Atbat, and Bucket, otherwise known as Art Official Flavor—three Brooklynites whose projects integrate the mediums of web, signage, street and fine art. The increasingly popular phenomenon of the “Pop-up” show pairs especially well with the genre, as it reflects the same impermanent temperament of street art in its original habitat—the urban outdoors, where a tag might last one night or indefinitely. The pieces included in the show were brightly colored and cleanly executed, with several light-hearted collages that incorporated everything from a newspaper clipping of Patrick Swayze to a rubber chicken.

Ryan Keeley, the owner of the gallery, also uses the shows he hosts to his own advantage. A fine and commercial artist who has done marketing campaigns for clients like Red Bull, Ryan’s gallery adjoins his own workspace. The pop-up show gives him exposure—his work is visible, albeit restricted, through a door blocked off by a police barrier. Ryan says the gallery gives him a welcome excuse to mingle with the artistic community and that hanging other artists so near his own studio provides him with inspiration. 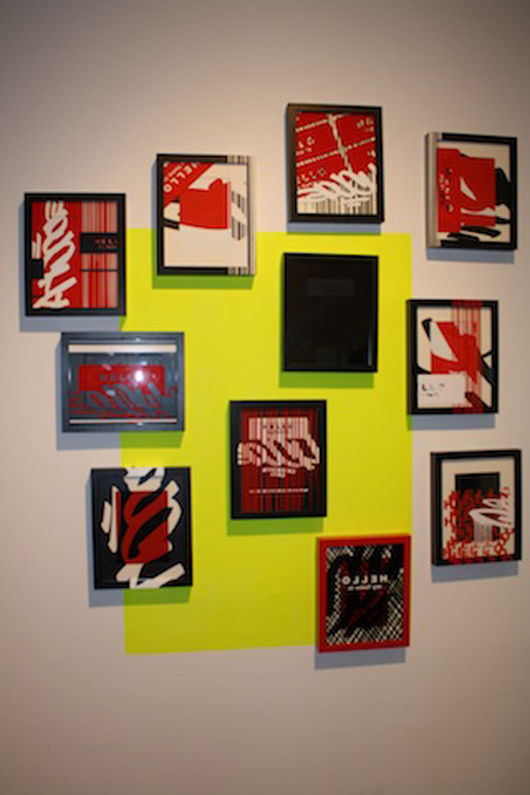 Gouch’s “My Fame is” pieces. Photo by Kelsey Savage Hays. 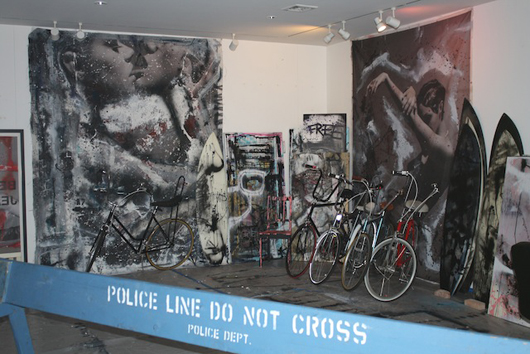 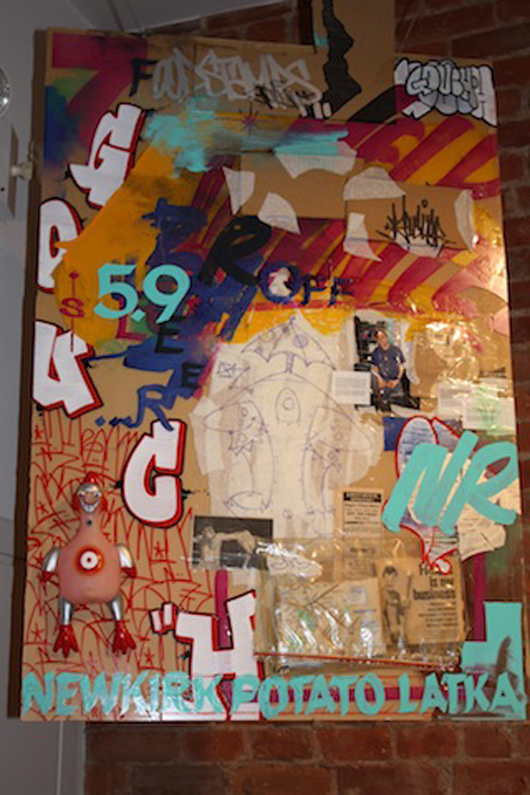 All three members of Art Official Flavor contributed to this collage. Photo by Kelsey Savage Hays.