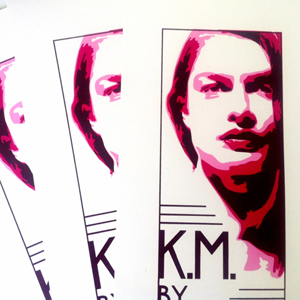 NEW YORK – A mysterious woman bathed in pink light stared out mysteriously from an Orchard Street doorway, wedged so tightly that when I tried to take a picture, I found myself contorting in uncomfortable directions, attracting stares from nearby construction workers. Fortunately, the woman didn’t mind, as she was on a poster created by street artist Russell King.

The woman has the symmetrical features and practiced stare of a model. A halo of fuchsia light envelopes her features, which would make most of us look as if we were melting, only serves to make her more interesting, a spotlight for her features, much more sharply rendered than many street portraits I’ve seen. Her Cupid’s bow lips and blue eyes were so clear, it seemed like a photograph.

The slickness of the lighting and the very clearly labeled signature made me think that my interest was the result of a particularly effective guerrilla marketing campaign for a mysterious product (clothing? vodka?) called KM by Russell King. The overall effect seemed so art directed I thought, this has to be an ad.

While the subject, Karolina Muller, is in fact a model, the picture isn’t selling anything. It turns out that Mr. King is simply talented at figure drawing, and that perhaps I am too cynical. 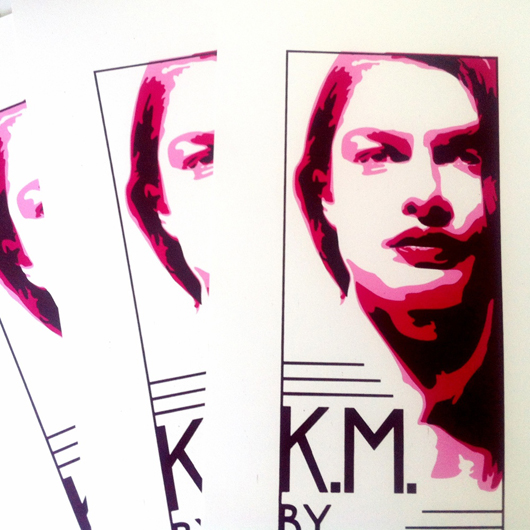 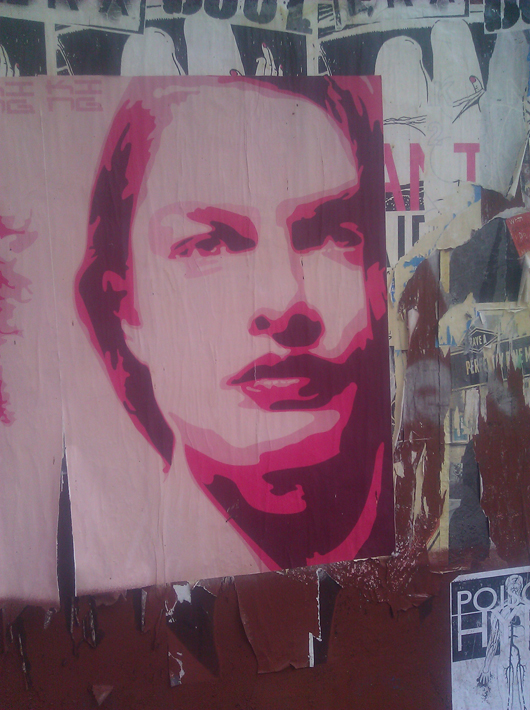 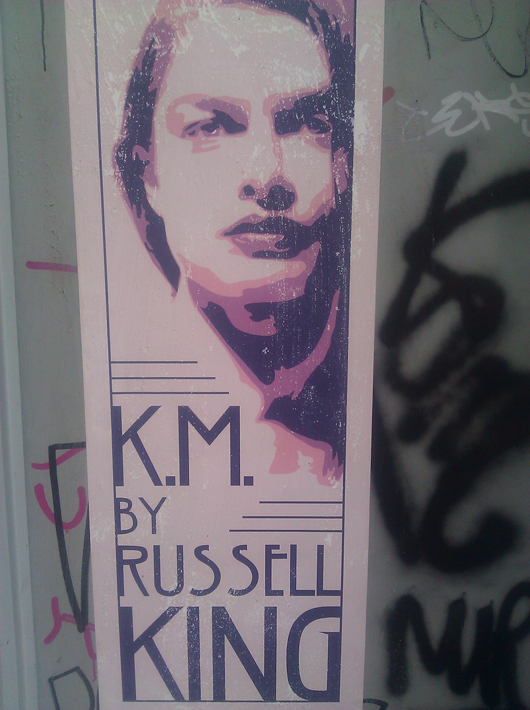 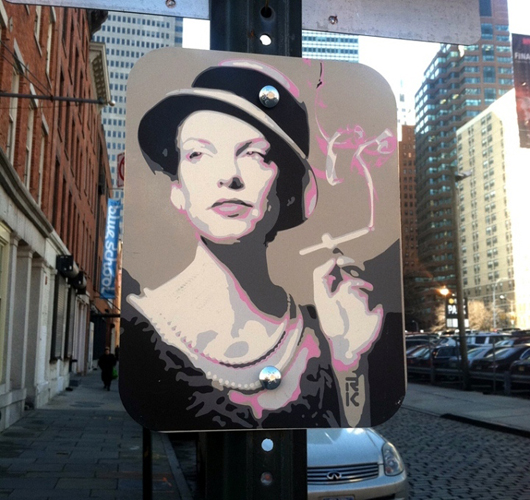