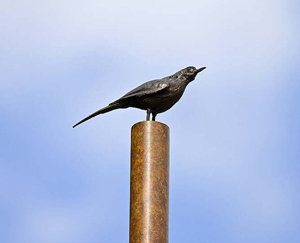 NEW YORK – Where once there were condoms and controversy, now there is a quieter, but equally effective artistic power. Tracey Emin has resurfaced from her Young British Artist days with multiple public art projects, including neon signs in Times Square, and now, Roman Standard, a tiny bronze bird perched calmly at the top of a pole, in SoHo. The sculpture is part of the New York City Department of Parks and Recreation’s “Art in the Parks” series.

The bird is so peaceful, and blends so well into its surroundings that it’s easy to mistake it for one of the many real robins and sparrows that populate Petrosino Square, a tree-filled triangular oasis in the middle of a busy block. It’s striking not for bold colors or controversial images, but for a more subtle power, in how it still makes visitors stop and have a much-needed moment of peace and quiet. It’s a suggestion rather than a shout, coming from a cute, tiny bird.

As Emin describes to the Parks Department, “Most public sculptures are a symbol of power which I find oppressive and dark … I wanted something that had a magic and an alchemy, something which would appear and disappear and not dominate.”

Visitors can commune with the bird through Sept. 8, 2013. 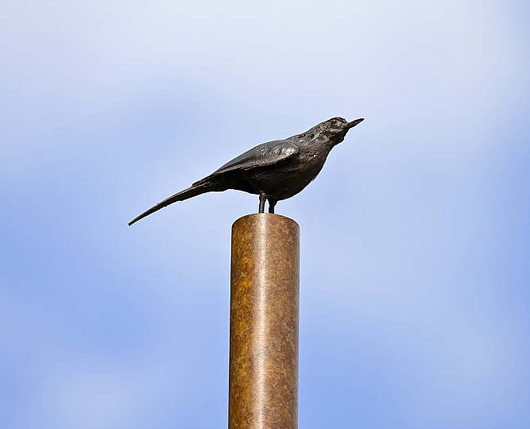 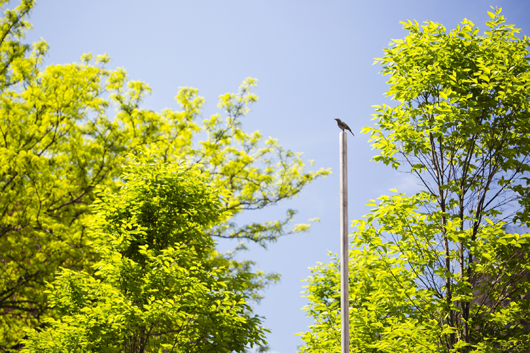 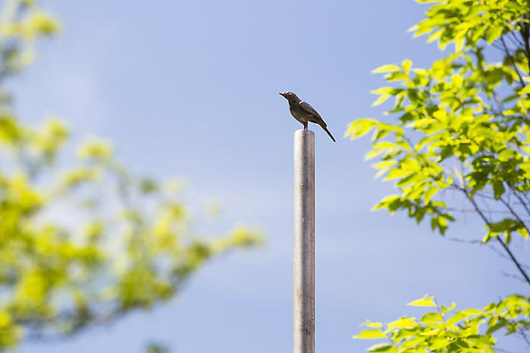