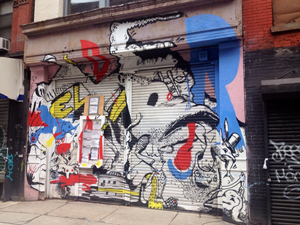 NEW YORK – It seems even luxury condo developers are street art fans, like the owners of 35 Ludlow St., who had Serban Ionescu and David Nordine do a mural on the roll-down gate that fronts the building. I imagine it certainly makes potential buyers stop and look, either because they love the comic book colors, bright yellows and reds against a black and white background, or because they’re trying to figure out what’s going on. In my case it was both.

There’s what look likes animals being birthed out of other animals, including what may be a knife-wielding bunny, which looks like it’s chasing a fish that just happens to have another bunny growing out of its head. To the left, there is what might be a red waterfall of blood. Or maybe the remains of an unfortunate lunch? Another mysterious animal appears to be spilling out of the whale’s mouth, wearing a stylish top hat, just relaxing, impervious to the chaos around it.

Next door, there’s another piece worth a look. It’s a mythical goddess lifting herself up out of the sea, covered in seaweed. I adore pieces like this unsigned wheatpaste. It’s probably why I like Swoon so much (review of her upcoming Brooklyn Museum show coming here soon). In this one, the woman/mermaid’s curly hair blends in with the swirls of seaweed, and for some incongruous reason, there are pigeons on her shoulders. I don’t even like pigeons, but they seemed momentarily appealing. Such is the power of this piece, which would get a whole review of its own, if only the artist had signed it. 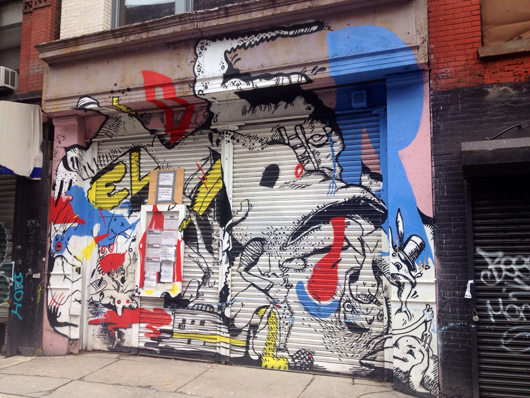 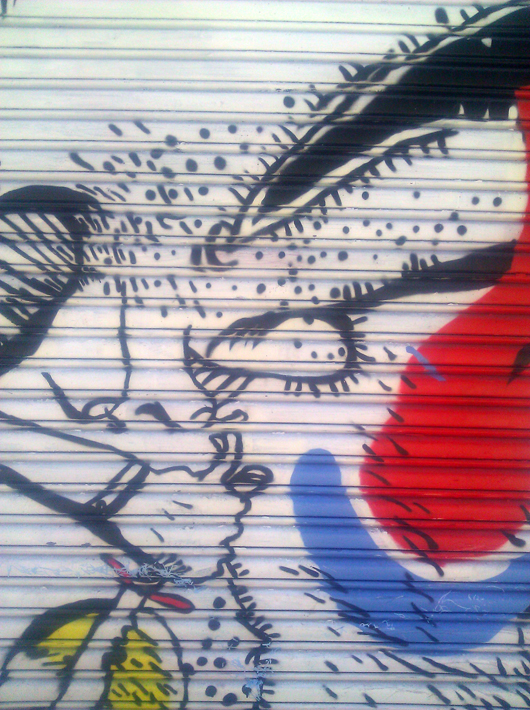 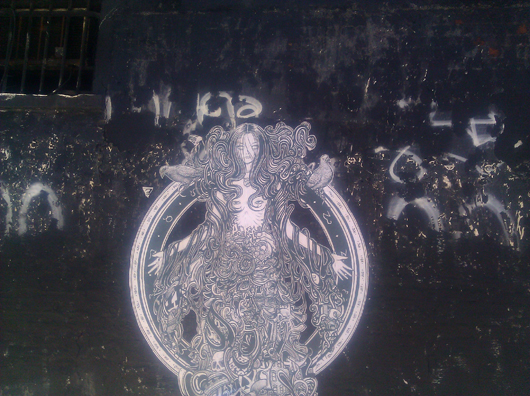 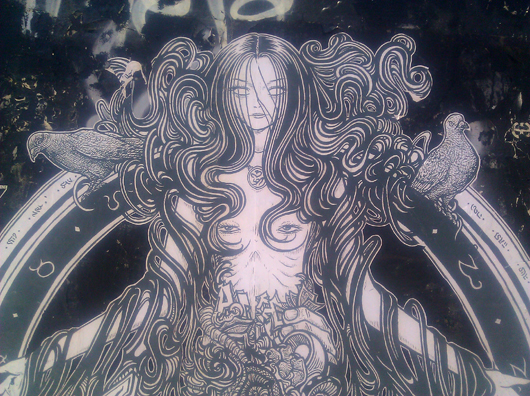 Reading the Streets: Swoon and Groundswell