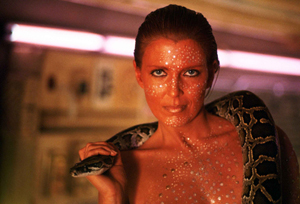 Actress Joanna Cassidy (Blade Runner, Who Framed Roger Rabbit, Buffalo Bill, Six Feet Under) is a collector of artwork, glass paperweights, ivory letter openers and architectural accent pieces. By the late ’80s she had accumulated so many items she actually opened a shop in Santa Monica, Calif., to sell off her surplus. Called Cassidy’s, the store operated for a few years but the demands of her acting career forced her to shut it down.

Cassidy’s attraction to art was probably prenatal, as she was born into a creative home environment, the daughter and granddaughter of artists. She later went on to major in fine art at Syracuse University (although she did not earn a degree) and is herself an artist and sculptor. Probably her first collection, technically speaking, was butterflies, which she gathered as a child. “For me, color was everything,” she said, “and butterflies were just so beautiful and so perfect in their scale and design. I collected them as natural, colorful wonders.”

With help from her father, young Joanna would frame the butterflies, along with sprigs of milkweed and dried flowers, then sell her creations.

“Those butterflies made me aware of how colors can come together to create art and even make a home come to life,” she said.

As her budding interest in art matured and she entered young adulthood, she began to collect works by artists who fascinated her. One was Michael Moore, who she befriended while a newlywed and model living in San Francisco. He specialized in large landscapes, often with an aerial overview.

“I own several pieces by Moore, including a triptych and a boxed art creation,” Cassidy said. “This was when I was living in an area of San Francisco that was very creative, very artistic and it was the late 1960s, a time of great social change and personal expression. We were all artists in a way, and we would create art and share art amongst ourselves. It wasn’t uncommon to trade and share art pieces, and that is as it should be. After all, we don’t really own art. We are only temporary caretakers. Artwork ultimately gets passed along to others.”

Cassidy also took a liking to the work of artist Leonard Kozianski, while she was in Chicago, on the set of the movie The Package, with Gene Hackman. She owns one of his paintings, titled The House Around the Corner. It’s probably her most valuable and most important work of art. But by far her quirkiest find was also in Chicago, a female “outsider” folk artist, a bag lady who was practically homeless but who created charming studies of people – often women, with a distinct ’40s look and feel. “I found this woman sitting out on a porch step, just painting people, and it was fascinating,” Cassidy said. “I actually befriended her.”

The friendship was delicate, however. The woman was only half-lucid on her best day, and when her daughter died she descended into madness.

“I went and visited her in her little shack of a room, and we talked for a while and she would drift in and out of making sense,” Cassidy said. “I offered to buy some paintings from her, but at the end she said no, none were for sale, and that was that. I do own a half dozen or so paintings by her, however, that I’d purchased earlier, and I cherish them all. She used anything that was available – colored pencils, watercolor, paint if she had it, whatever. Usually it was material people had given her.”

One other artist in Cassidy’s collection is Patrick Nagel, who has painted numerous upper torsos of women for Playboy magazine. He actually painted Cassidy, a head shot rendered from a photograph. “It was absolutely beautiful,” Cassidy said, “highly stylized, which is typical of his work, but he completely captured my eyes, my lips and my very essence. I would love the painting even if it weren’t of me.”

Cassidy has, over the years, also purchased works of art at auction, including pieces from the 1800s and 1900s acquired in London and elsewhere.

The collection of paperweights can be attributed in large part to Cassidy’s upbringing in New Jersey, where the fine sand makes for ideal creations in the state’s glass blowing plants. And all of her paperweights are glass. Again, color is everything.

“I guess I’ve got around 200 glass paperweights, some of them quite large but all of them gorgeous and colorful,” she said. “Some have objects inside them, and not all were made in New Jersey. As I traveled the world I kept an eye out for pieces to add to my collection. Some of them are quite large.”

The ivory letter openers are actually a collection that needs to be discussed in the past tense. Cassidy used to have some, but no longer. They’ve been lost to time, most of them sold at estate sales when she made a move or given as gifts to friends. “They were quite gorgeous,” she remarked. “Some were up to 18 inches long and also served as page turners. I guess I had about 15 of them at one time.” Casssidy described herself as an avid reader who loves how each book has its own smell and feel, but she just recently joined the modern age and bought a Kindle.

The architectural accent pieces aren’t so much a collection as they are a series of personal incorporations into Cassidy’s sense of interior design. It started when she would go out shopping with her young daughter and they’d pick up whimsical objects like wildly colored glass terrariums, old metal flowers, reddish roof tiles (or rooster tiles) and iron disks that she used as still weights in a fountain. The piece de resistance was a pair of church doors – 5 1/2 feet wide by 9 feet tall – that she built into a bedroom wall that opened to a view of a church down the street.

Joanna Cassidy was born Joanna Virginia Caskey in Camden, N.J., not far from Philadelphia, and grew up in nearby Haddonfield, N.J. After attending Syracuse for one year, in the fine arts program, she moved with her husband to San Francisco, where she found work as a model. He was a doctor in residency and for a time Cassidy was the family’s principal breadwinner. The marriage lasted from 1964-1974 and produced two children, a son and a daughter.

After her divorce, Cassidy moved to Los Angeles to pursue an acting career. She has been working steadily ever since. Her resume is long and impressive, both for film and television. In the movies, she is best known as the snake-dancing replicant in the Ridley Scott futuristic sci-fi thriller Blade Runner (1982); her co-starring role in a wacky triangle with Bob Hoskins and a crazed hare in the part cartoon/part fantasy film Who Framed Roger Rabbit (1988); and her role as a radio journalist involved with Nick Nolte and Ed Harris in the political drama Under Fire (1983).

On television, she had guest parts on some of the most popular shows of the ’70s and ’80s, including Dallas, Trapper John, M.D., Taxi, Starsky & Hutch, Charlie’s Angels, Lou Grant, Falcon Crest (on which she had a recurring role), Shields and Yarnell, L.A. Law, Diagnosis Murder, The District and Boston Legal. She scored big with the critically acclaimed (but short-lived) sit-com Buffalo Bill, co-starring Dabney Coleman (1983). For her work on the show, she won a Golden Globe award. Cassidy has also been nominated for three Emmy awards, a Saturn Award and Screen Actors Guild Awards.

In recent years, Cassidy had a standout role in the successful HBO series Six Feet Under, in which she played “Margaret Chenoweth,” the acerbic, amoral and self-obsessed psychologist mother of “Brenda” and “Billy.” She is currently a series regular on two shows: as Jason Priestly’s mother in the comedy Call Me Fitz (seen on Canadian HBO) and as Dana Delaney’s mother in the CSI-like dramatic series Body of Proof, on ABC. She is still dedicated to her artwork (painting and sculpting) and enjoys playing golf. Cassidy lives in the Los Angeles area.

Fans of Joanna Cassidy may visit the star online at www.joannacassidy.org. 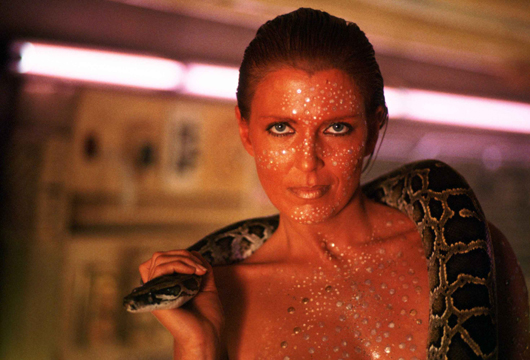 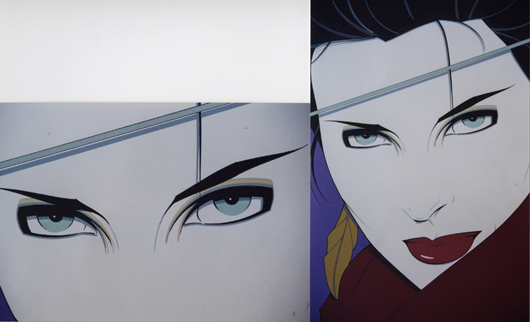 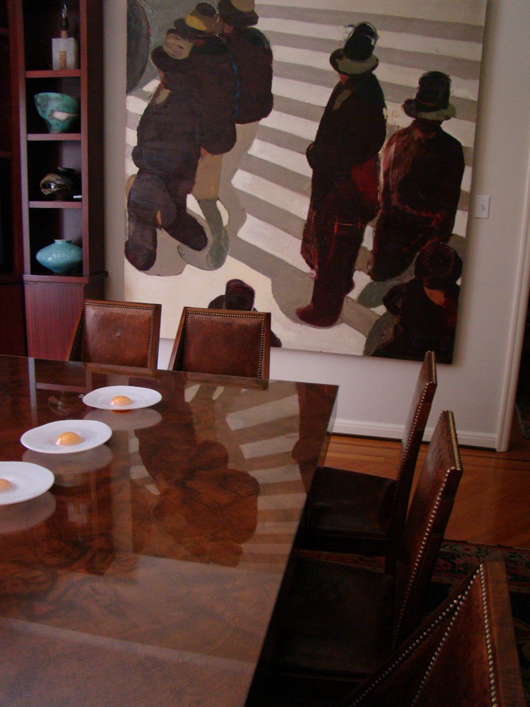 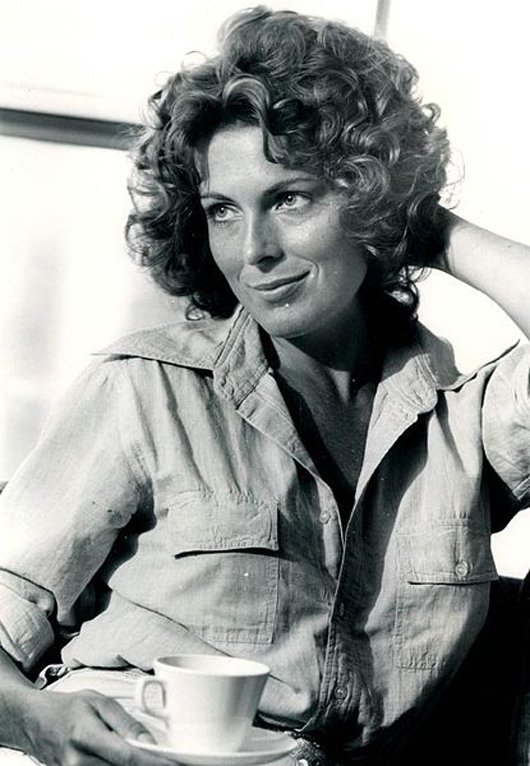 Joanna Cassidy in 1974, around the time she arrived in Los Angeles to launch her film career. 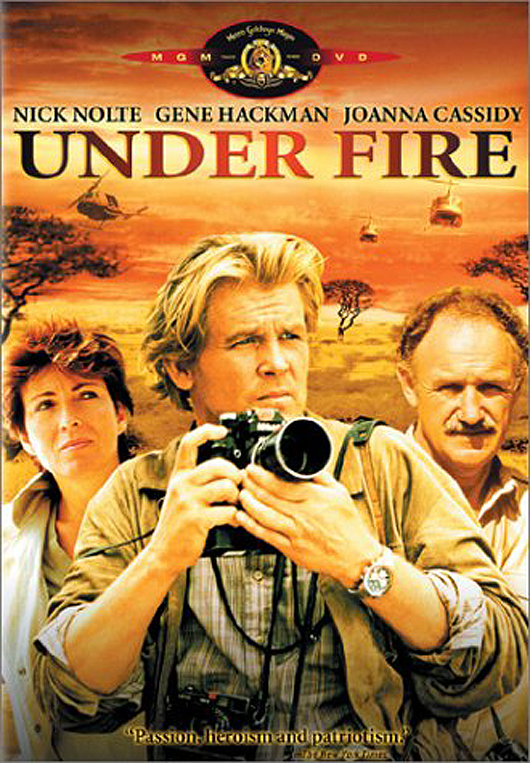 Cassidy played a radio journalist involved with Nick Nolte and Gene Hackman in Under Fire (1983). 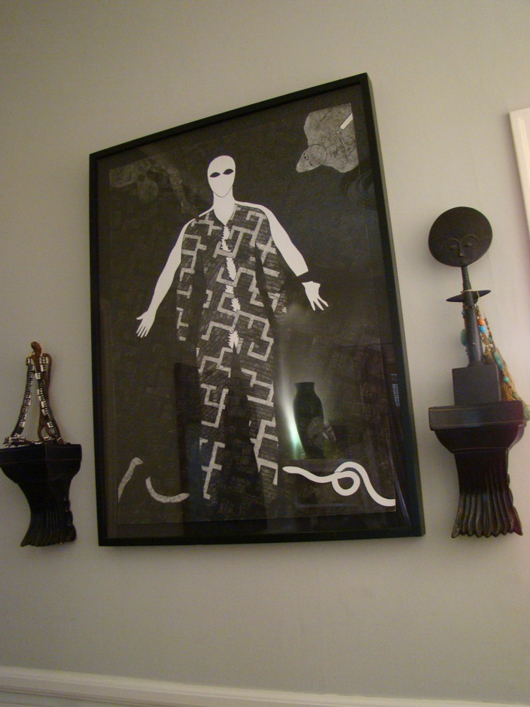 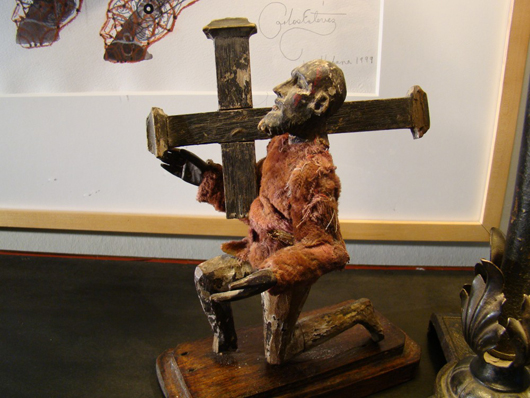 Carved man with cross, given to Cassidy by her daughter, purchased at an antique market in Europe. 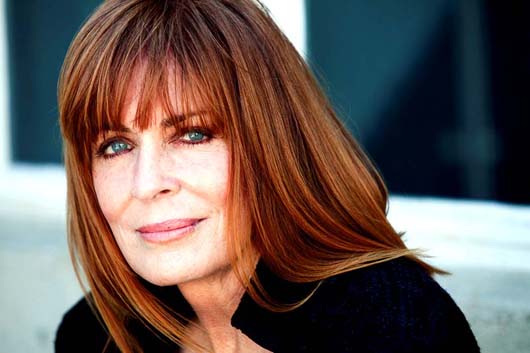 Joanna Cassidy was a model before becoming an actress. She is a Golden Globe Award winner. 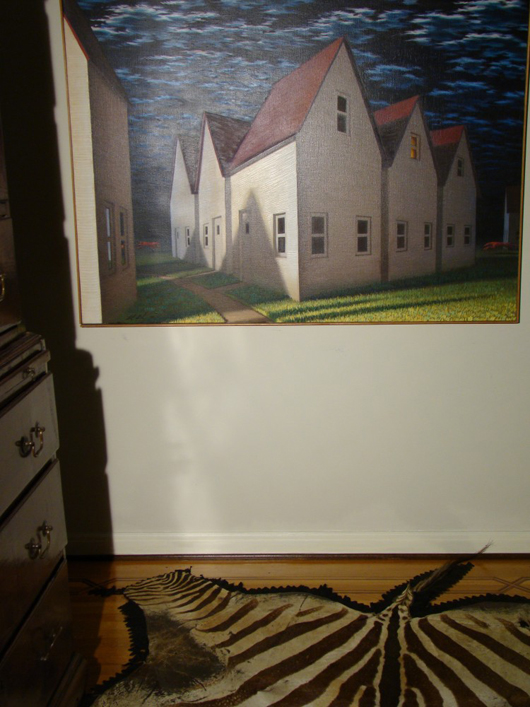 Cassidy purchased this important work by Leonard Kozianski while in Chicago, filming The Package with Gene Hackman. 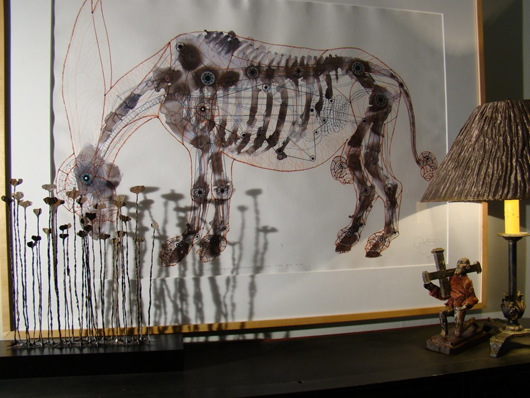 Stylized rendering of a horse by Cuban artist Carlos Estevez; at left front is a sculpture fashioned from African money. 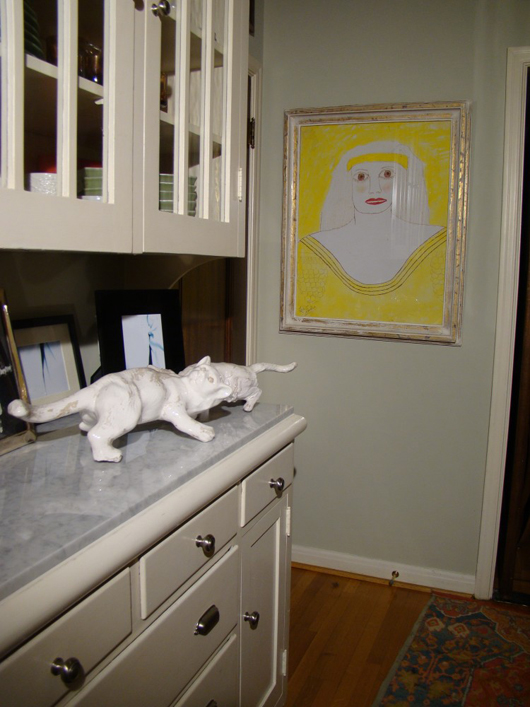 Large rendering of a woman with yellow background by a Chicago outsider artist who Cassidy befriended.