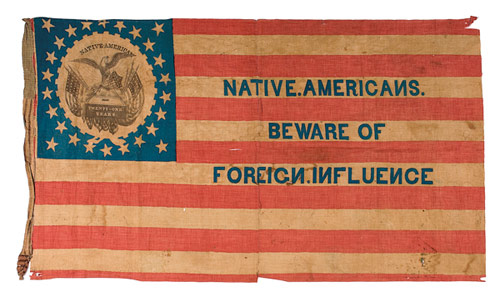 A rare Know-Nothing Party flag from the mid-19th-century sold for $42,300 at a Historic Americana Sale held Dec. 4-5 by Cowan’s Auctions Inc., in Cincinnati. The Know-Nothing Party, also known as the American Party, was founded in 1841. It believed that foreigners were a detriment to America. Also highlighting the auction, Scottish photographer Alexander Gardner’s group of 32 stereo views of the Fort Laramie Treaty fetched $36,425 and an early camera-film projector-printer device called a Cinematograph, circa 1895, made $30,000. Prices include a 17.5 percent buyer’s premium. 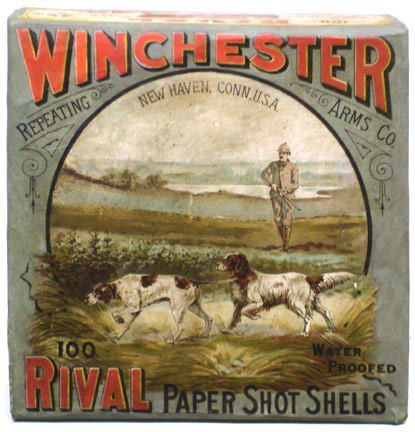 A Winchester New Rival 10-gauge empty Christmas shell box, professionally restored and with all the labels intact, sold for $12,870 in an Internet and catalog auction that was concluded Dec. 13-14 by SoldUSA.com, the hunting and fishing collectibles auction site based in Matthews, N.C. A nice lithograph on cardboard bullet board for U.M.C., titled Canvasbacks Through the Snow, commanded $11,865 and a first-generation Colt single-action Army pistol made in 1901 and engraved by Cole Agee hit $7,998. Prices include a 13 percent buyer’s premium. 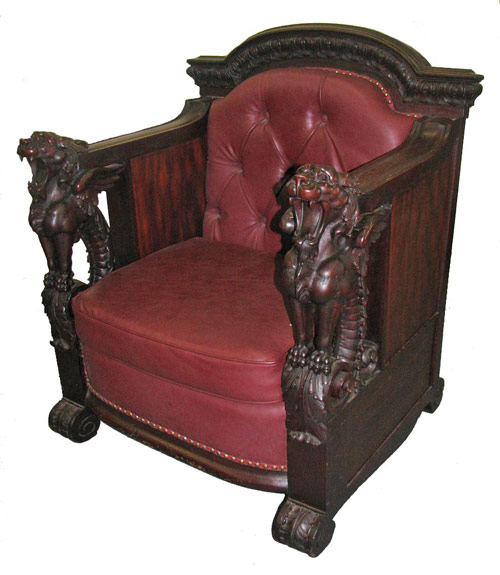 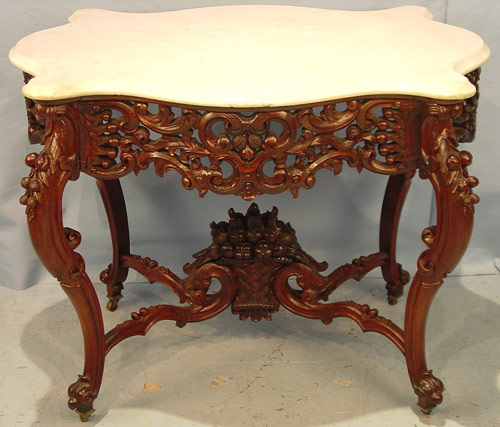 A rosewood rococo center table, circa 1855 and attributed to J. & J.W. Meeks, sold for $11,000 at a multiestate sale held Jan. 10 by Stevens Auction Co. in Aberdeen, Miss. Also, an oversize rosewood fire screen, museum-quality and with beautiful needlework, made $7,370; a Federal three-part dining table, attributed to Anthony Quervelle, circa 1830, with claw feet and all original, climbed to $6,490; and a pair of Old Paris vases with Parisian figurals, circa 1880, 16 inches tall, brought $3,300. Prices include a 10 percent buyer’s premium. 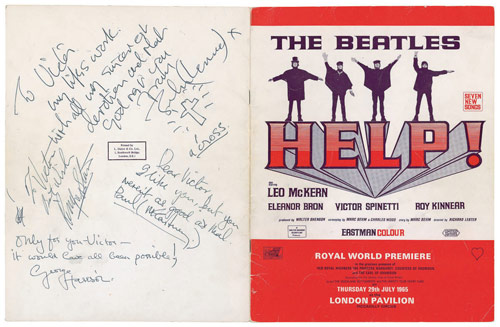 An autographed program from the 1965 world premiere of the Beatles movie Help! sold for $29,839 in an online auction that ended Dec. 10 by R&R Auction (www.rrauction.com), based in Amherst, N.H. The program was inscribed by all four Beatles to actor Victor Spignetti, who appeared in the film. Also, an original 1971 daily Peanuts comic strip featuring Charlie Brown and Peppermint Patty, brought $24,399; and a sheet of paper with mathematical quotations penned by Albert Einstein on it realized $22,923. Prices include a 20 percent buyer’s premium.

A Massachusetts Federal tall clock by Simon Willard, circa 1785, in a figured-mahogany Roxbury case with eight-day time-and-strike brass movement, sold for $63,250 at the sale of the Arthur Richmond Americana Collection held Nov. 22 by Morphy Auctions in Denver, Pa. Also, a Federal shelf clock by Aaron Willard, circa 1800, in a mahogany case with pierced fretwork, decorative inlays and flaring French feet, made $23,000; and a 19th-century oil on canvas portrait of George Washington commanded $10,350. Prices include a 15 percent buyer’s premium. 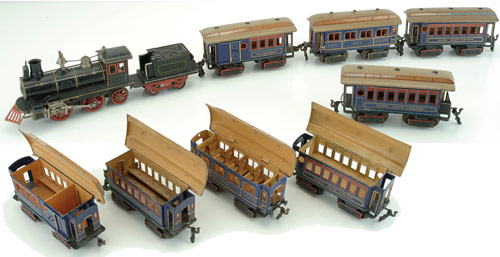 A Marklin O-gage Royal Blue Limited passenger train set made in 1906 for the American market sold for $36,300 at a sale titled Toys & Other Things held Nov. 15-16 by Noel Barrett Auctions in New Hope, Pa. A Marklin Traction Engine 4153 with original wood box and all accessories rolled to $13,200; a 44-inch-long working sales sample of a Peru Plow & Wheel Co. double gangplow turned $12,100; and an Ives toy of mechanical black boxers on a wooden platform hit $10,450. Prices include a 10 percent buyer’s premium. 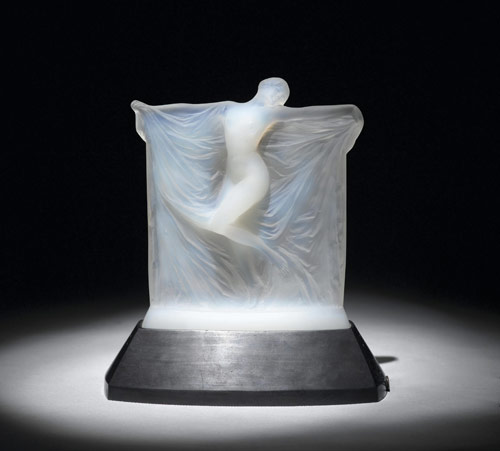 A dramatic Thais statuette by Rene Lalique, in deep opalescence on a bronze base, sold for $33,000 at a Connoisseur Sale held Dec. 17-18 by Mastro Auctions in Burr Ridge, Ill. Three lots of Lalique architectural panels, circa 1913, sold for $25,800; a limited-edition bronze by Salvador Dali titled Venus la Giraffe reached $24,000; a butterscotch-colored Chardons vase, 1922, realized $16,800; and six Russian Imperial porcelain plates from the Peterhof Farm service made $16,800. Prices include a 20 percent buyer’s premium. 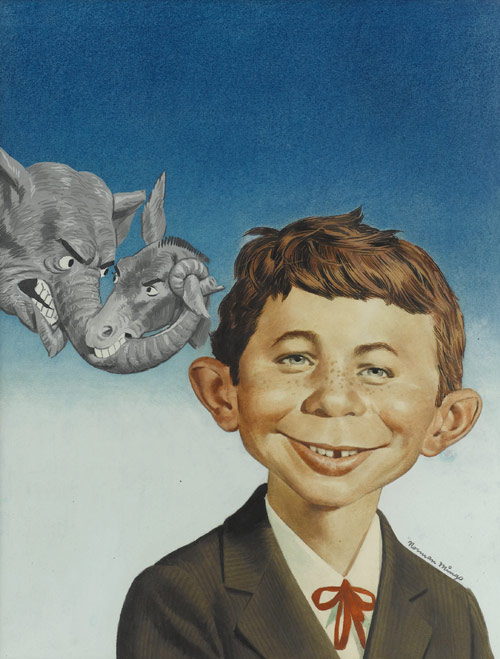 Norman Mingo’s original artwork for Mad Magazine no. 30, the first to feature Alfred E. Neuman as a principal character, sold for $203,000 at a Vintage Comics & Comic Art Signature Auction held Nov. 15 by Heritage Auction Galleries in Dallas. It represents a new record for a U.S. comic art lot sold at auction. Also, a copy of Walt Disney’s Comics & Stories no. 1, featuring a mischievously winking Donald Duck on the cover, brought $116,000; and a copy of Uncle Sam no.11 by National Comics hit $55,269. Prices include a 15 percent buyer’s premium. 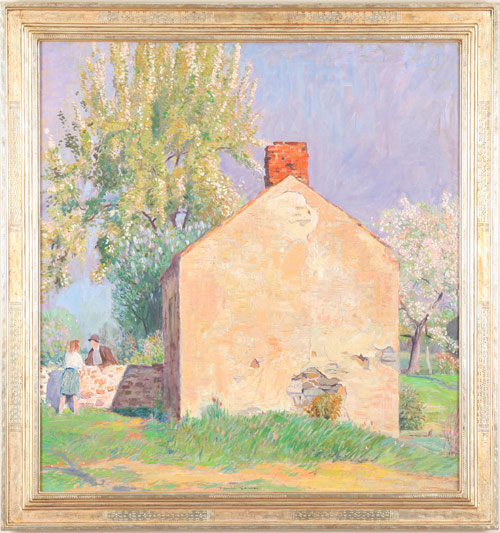 An original painting done in 1941 by acclaimed Philadelphia Impressionist Daniel Garber and titled May Day sold for $207,000 at a Fine & Decorative Arts Auction held Dec. 12-13 by Alderfer Auction in Hatfield, Pa. Also, a Modernist composition by Karl Knaths titled The Marker chalked up $21,850; a winter night scene by George Sotter titled Winter Hillside topped out at $172,500; a set of four George Nakashima Mira chairs pulled up $6,900; and a ticket stub from a 1915 World Series game hit $1,725. Prices include a 15 percent buyer’s premium. 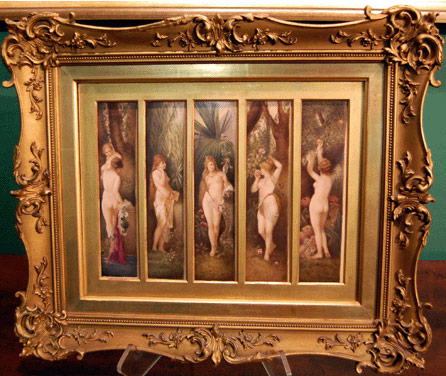 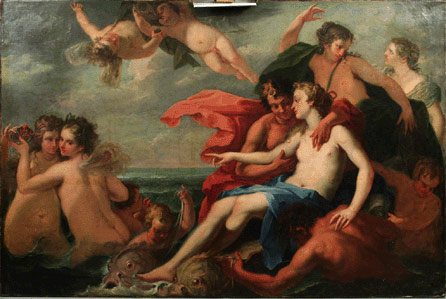 A pair of large (60 inches by 91 inches) 18th-century Italian paintings sold for $162,150 each (for a combined $324,300) at an auction held Nov. 29-30 by Kaminski Auctions in Beverly, Mass. The paintings, Goddess of the Sea and Neptune and the Goddess of the Sea, were bought by the same unnamed Italian phone bidder. Also, a 19th-century Chinese teakwood cabinet with dragon and floral carving realized $7,475; and an Italian glazed pottery ewer, circa 1800, turned $5,175. Prices include a 15 percent buyer’s premium. 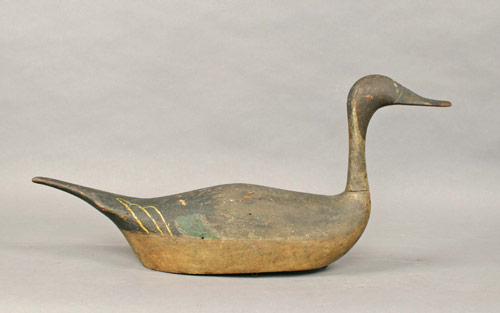 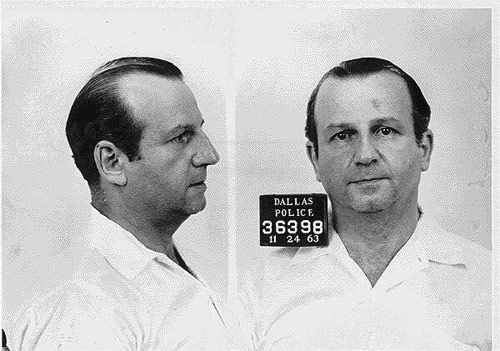 Eight lots of previously unreleased tapes and notes from a member of the defense team for Jack Ruby, the man who gunned down JFK assassin Lee Harvey Oswald, sold for $22,000 at an auction held Nov. 6-7 by Alexander Autographs in Stamford, Conn. The buyer was a Texas institution. Also, a Lincoln promotion and a postmaster’s appointment fetched $8,625 and $8,050, respectively; and a letter from Martin Luther King Jr. to the New York City Police Department thanking them for protecting him, realized $5,036. Prices include an 18.5 percent buyer’s premium. 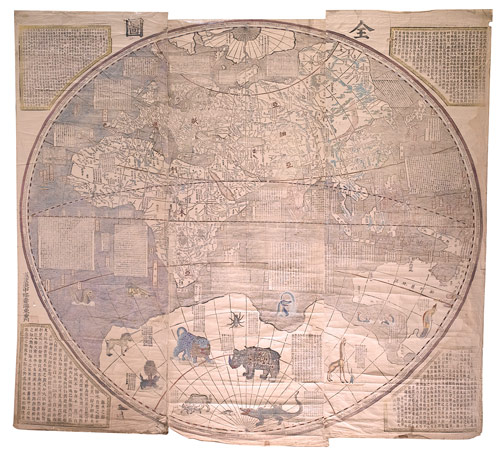 S.J.F. Verbiest’s Kun-Yu ch’uan-t’u, the Canton edition of a wood-engraved 12-sheet map, circa 1856, depicting China as the center of the universe, sold for $43,200 at an auction held Dec. 4 by Swann Auction Galleries in New York. Also, Joseph Blanchard and Samuel Langdon’s An Accurate Map of His Majesty’s Province of New-Hampshire in New England, engraved two-sheet map, London, 1761, realized $36,000; and a complete set of 52 playing cards, printed in France circa 1770, made $14,400. Prices include a 20 percent buyer’s premium. 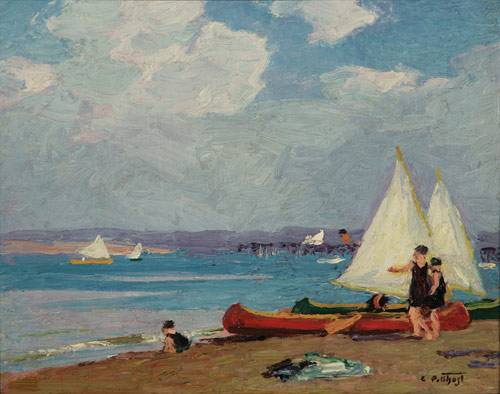 An oil on panel painting by Edward Henry Potthast, titled Canoeing, from the collection of the Providence Health Foundation in Washington, sold for $22,325 at a sale of 20th-century Decorative Arts and American & European Fine Art held Dec. 6 by Weschler’s in Washington. A bronze sculpture by Puerto Rican artist Angel Botello (1913-1986), titled Nina Peinandose, rose to $18,800; and a metal and bone inlaid black lacquered wood writing desk by Carlo Bugatti went for $8,225. Prices include a 17.5 percent buyer’s premium. 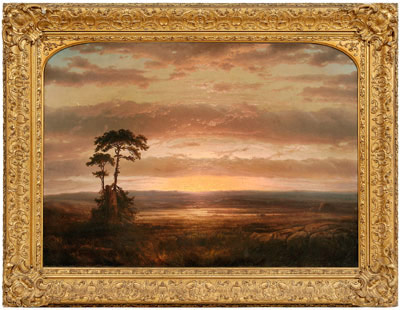 Ken Hall is a former business writer now based in Atlanta, where he is with Star Printing & Publishing, parent company of Southeastern Antiquing & Collecting magazine. In 2002 Ken began syndicating three antiques and collecting-related columns: Ken’s Korner, The Celebrity Collector, and Gavels ‘n’ Paddles. His collecting interests include coins, records, autographs and art.