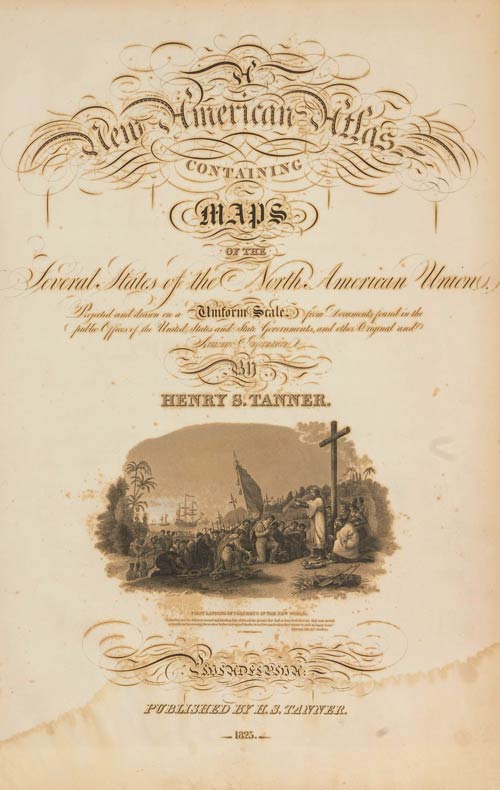 An 1825 copy of the Tanner New American Atlas, containing maps of several states of the North American Union, prepared and drawn on a uniform scale (Henry S. Tanner, Philadelphia), sold for $42,500 at a Spring Western and Historic Americana Auction held June 5 by Cowan’s Auctions in Cincinnati. Also, a reverse glass panorama painting of the Chicago Rock Island & Pacific Railroad, 100” x 27.5”, mounted in the original frame, achieved $35,650; and a ghost dance shirt, dated 1891, worn by the Sioux Indians in the Dakotas and Montana, made $16,100. 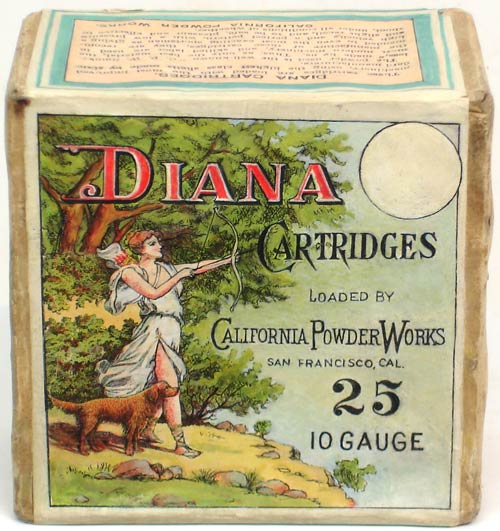 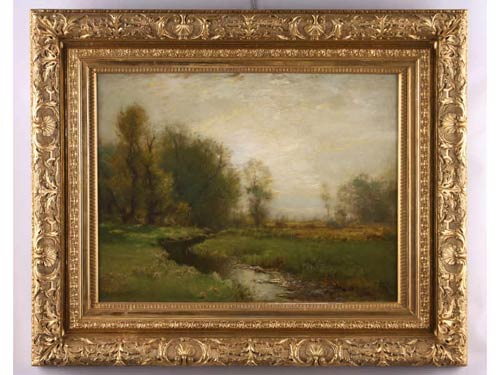 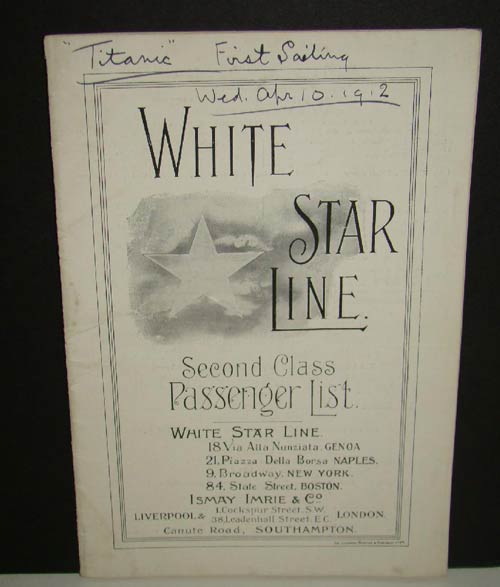 A second-class passenger list from the doomed ocean liner Titanic, produced by White Star Line and with the words “Titanic, First Sailing, April 12, 1912” handwritten on the cover, sold for $33,900 at a multi-estate sale held June 20-22 by Philip Weiss Auctions in Oceanside, N.Y. Also, an original pen-and-ink Sunday “Peanuts” strip from 1963, drawn by the cartoonist Charles Schulz, went for $61,020; and a lot of items relating to the race horse Ruffian and the filly’s legendary (and tragic) 1975 race against Foolish Pleasure crossed the finish line at $11,300. 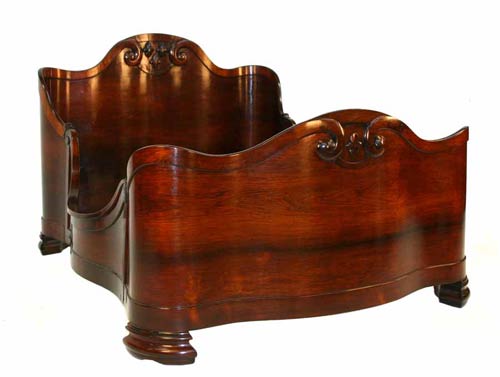 A beautiful laminated rosewood bed, made around 1850 by John Henry Belter and with the original finish, sold for $33,350 at a multi-estate sale held June 21 by Grand View Antiques & Auction in Roanoke, Va. Also, a Victorian four-piece half tester bedroom suite (circa 1880) from the Opulent Period soared to $21,275; an American Gothic Empire mahogany Mitchell & Rammelsberg bedroom suite (circa 1860) went for $10,925; and an American Renaissance Revival walnut bookcase (circa 1870), 92 inches tall and with the original finish, hit $14,375. 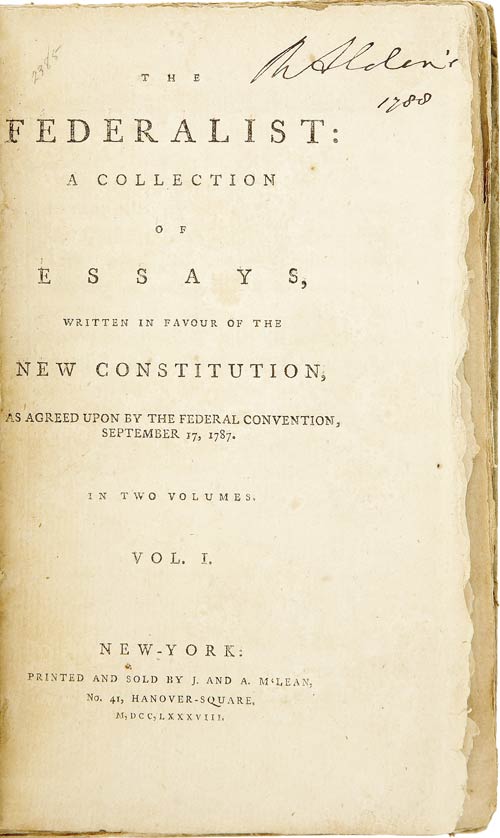 An historic and rare first-edition copy of “The Federalist” — a series of articles designed to gather support for the ratification of the United States Constitution, written between October 1787 and August 1788 by James Madison, John Jay and Alexander under the pen name ‘Publius’ – sold for $262,900 at a sale of Rare Books & Manuscripts held June 4-5 by Heritage Auction Galleries in Dallas. Also, a collection of rare first-edition books by Edgar Rice Burroughs hit $95,600; and a copy of John James Audubon’s “The Birds of America” made $65,725. 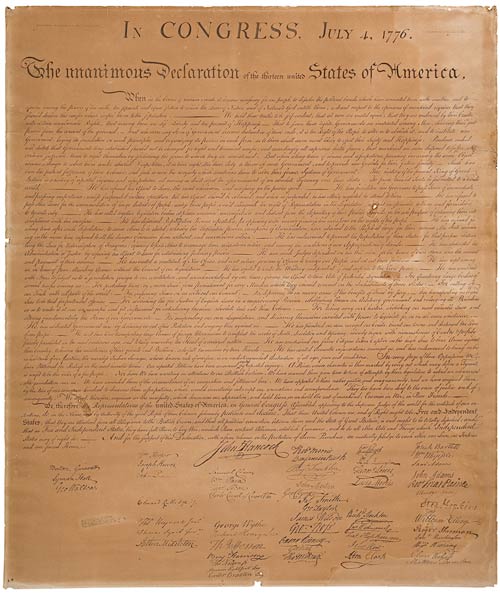 A rare facsimile of the Declaration of Independence on paper, engraved by William James Stone in 1823, sold for $132,000 at a sale of Printed & Manuscript Americana held June 5 by Swann Galleries in New York City. Also, a copy of the Aitken Bible (Philadelphia, 1781-82), the first printing of the complete Bible in English in America and the only Bible ever to be authorized by Congress, rose to $66,000; and a four page manuscript from 1762, titled “Articles of Agreement for the Salisbury (Conn.) Furnace,” signed by Ethan Allen, realized $57,600. 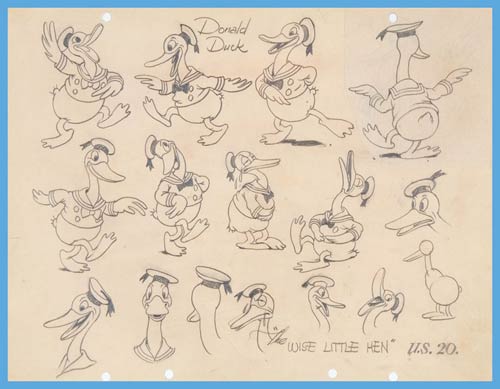 The first Donald Duck model sheet, created for the Walt Disney cartoon “The Wise Little Hen” in 1934, sold for a record-breaking $75,000 at the Hake’s Americana & Collectibles unit of Geppi’s Entertainment Publishing & Auctions. The 9-1/2” x 12” sheet of animation paper, with four peg holes along the top margin, was completed in pencil in advance of Donald’s first appearance. The model sheet is the first known drawings of the character. “The Wise Little Hen” was released on June 6, 1934, as part of the “Silly Symphonies” series of short cartoons. 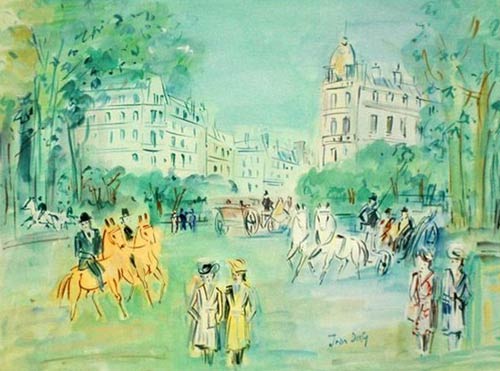 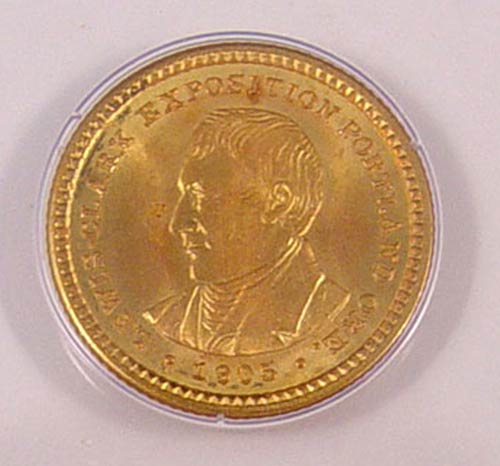 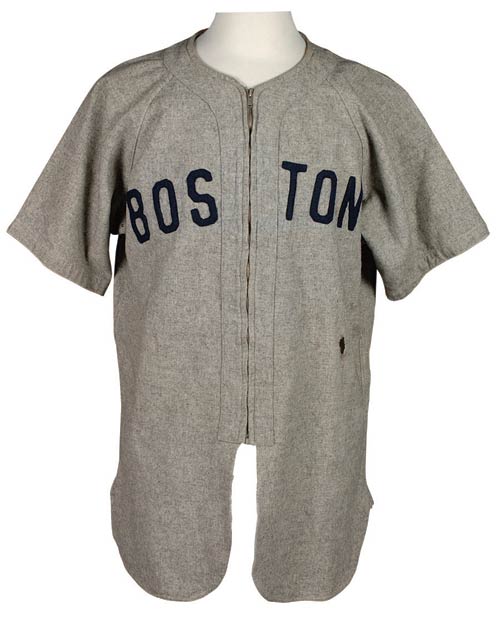 An original signed road jersey, worn by Boston Red Sox legend Ted Williams in the 1940s and later presented to the Ted Williams Museum in Hernando, Fla., sold for $29,220 in an online auction held in June by R&R Enterprises (rrauction.com), based in Amherst, N.H. Also, a 1917 letter from Albert Einstein to a bitter rival, dismissing his point of view on the Theory of Relativity as “untenable,” fetched $16,979; and a 1962 check, written by President John F. Kennedy and made out to the U.S. Air Force just prior to the Cuban Missile Crisis, hit $12,756.

A 13-inch petite kid bodied bebe doll, marked “A.T.” by the French doll maker Thuillier, sold for $52,000 at an antique doll auction held May 31 in Chicago by Theriault’s, based in Annapolis, Md. The auction was titled “A Fine Pretending Tea.” Also, a poupee doll made by Adelaide Huret (circa 1857-1865), one of only 200 made and with a wooden body and original costume, changed hands for $20,000; and a 1930s-era Japanese Shyunsai doll, still in the original wooden box and with a superb robe printed with images of flying red-headed cranes, made $6,250. 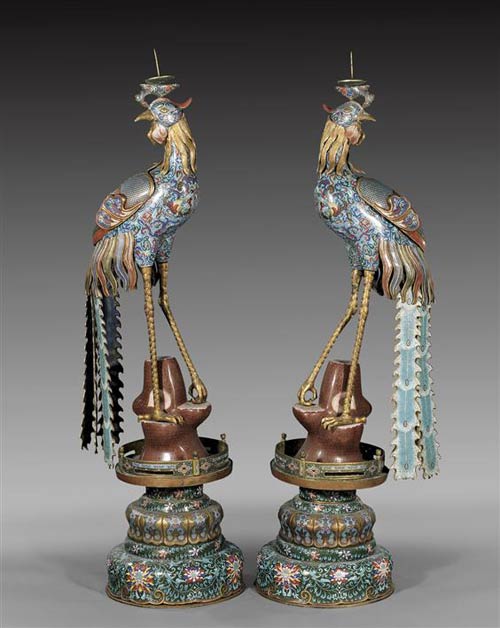 A pair of cloisonne enamel phoenix-like model sculptures, rendered as candlesticks and showing birds more than five feet tall, with their heads cocked to one side, sold for $45,937 at an Asian & International Fine Arts Auction held June 29 by I.M. Chait Gallery in Beverly Hills, Calif. Also, a boldly colored 18th-century Qianlong period doucai enameled dragon jar, a porcelain fantasy of dragons, clouds and Buddhist symbols, soared to $36,750; and a celadon crackle glazed Yongzheng Guan-type vase of archaic bronze crossed the block for $29,400. 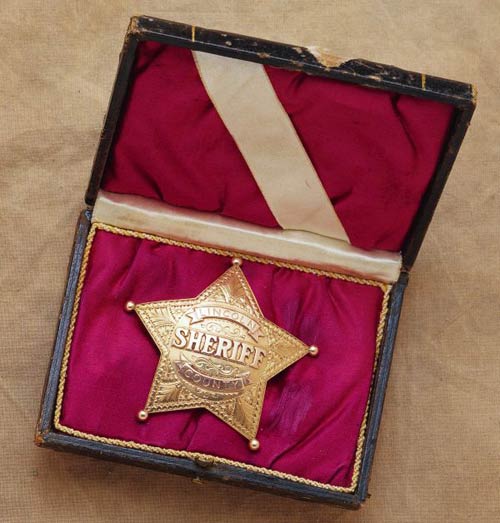 An historic gold, engraved and presentation sheriff’s badge, inscribed to the killer of the legendary outlaw Billy the Kid from a famous judge (“To Pat Garrett, with the best regards of A.J. Fountain, 1881”), sold for $115,000 at an auction held June 16-17 by Greg Martin Auctions in San Francisco. Also, a U.S. Model 1883 Gatling Gun, with U.S. Inspector markings “D.F.C.” (David F. Clark), achieved $172,500; and a J.H. Dance & Brothers Confederate Dragoon revolver, owned by Pvt. Mile C. Bell of the Texas Cavalry, commanded $57,500. 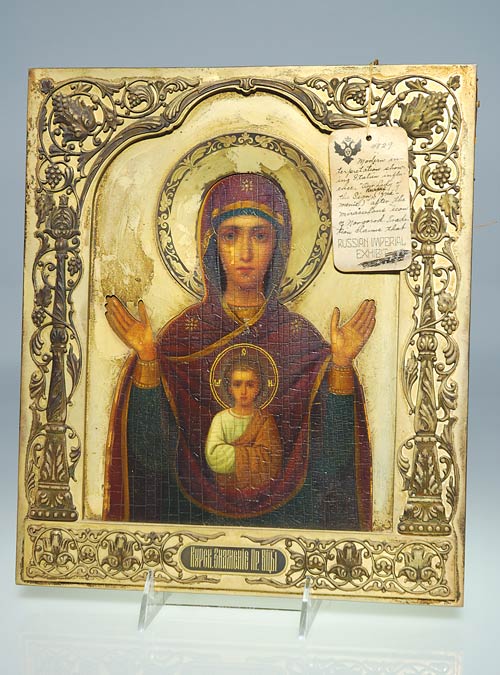 A Russian icon known as the “Palladium of Novogrod” — once part of the Russian Imperial Exhibit and from the personal collection of the Czarina Alexandria Feodorovna, the last Russian czarina and the granddaughter of Queen Victoria — sold for $103,500 at an Art Glass 2008 Sale held June 7-8 by Cincinnati Art Galleries, LLC, in Cincinnati, Oh. Also, a Rookwood Standard Glaze with full-length portrait of a Native American by Grace Young brought $42,250; and a studio portrait of Tsar Nicholas II, in a Faberge attributed frame, fetched $35,650.

Ken Hall is a former business writer now based in Atlanta, where he is with Star Printing & Publishing, parent company of Southeastern Antiquing & Collecting magazine. In 2002 Ken began syndicating three antiques and collecting-related columns: Ken’s Korner, The Celebrity Collector, and Gavels ‘n’ Paddles. His collecting interests include coins, records, autographs and art.