ATLANTA – At the beginning of every month, ACN columnist Ken Hall delivers top auction highlights from around the United States and the world at large. Here’s his October 2021 edition of Gallery Report. All prices include the buyer’s premium, except where noted. 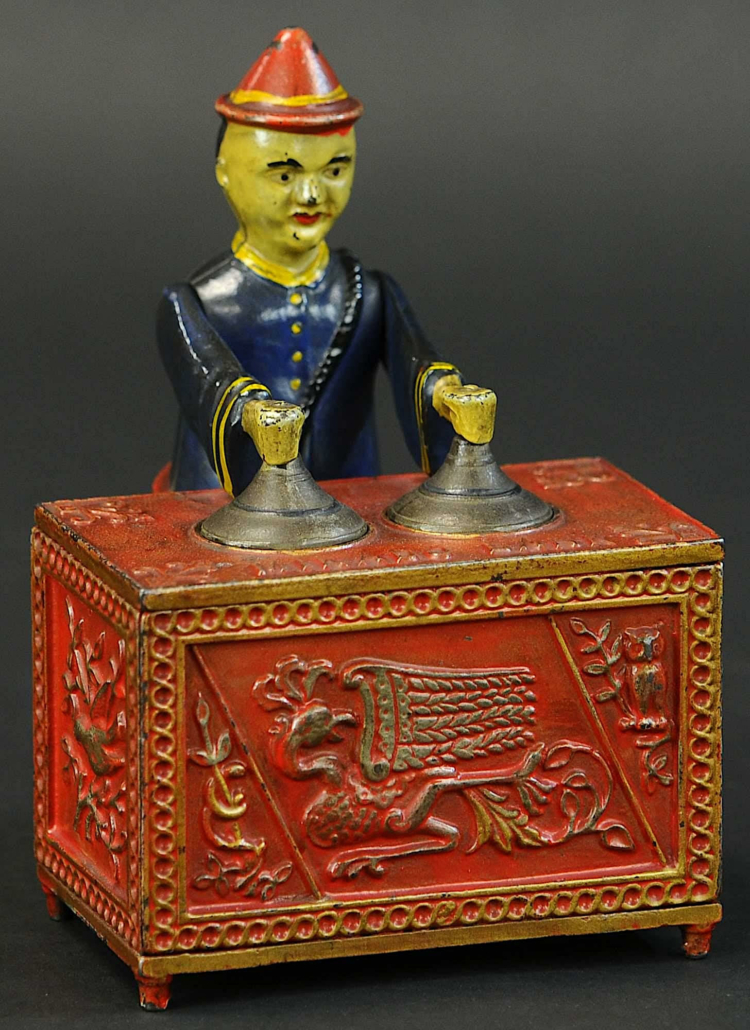 A Mikado cast-iron mechanical bank made by Kyser & Rex (Philadelphia) sold for $288,000 at Part 2 of the sale of the Schroeder toy collection held Sept. 10-11 by Bertoia Auctions in Vineland, New Jersey. The bank, in pristine to near mint condition, was the red table version. The user placed a coin under the right hat, turned the rear crank and watched as the man lifted the left hat to reveal the coin, then lowered the hat as the coin was deposited. 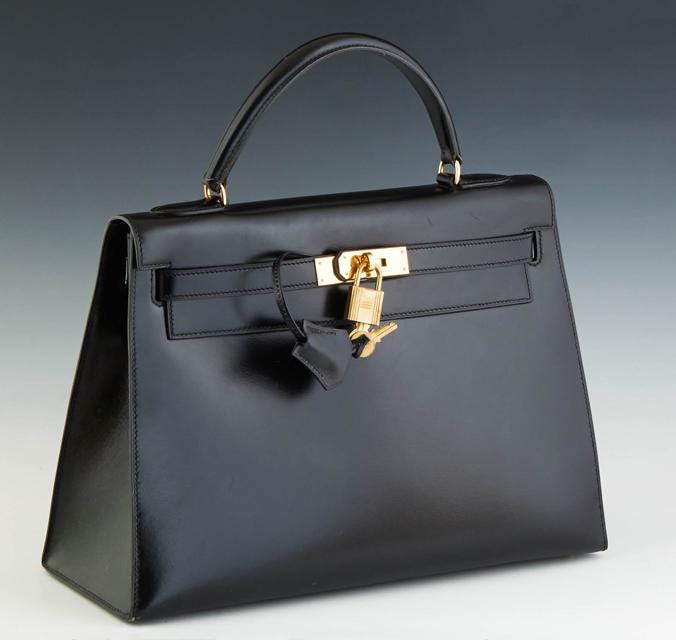 A circa-1987 Hermes Kelly Sellier handbag in natural black box calf leather with gold hardware sold for $15,000 at an Important Estates Auction held Sept. 18-19 by Crescent City Auction Gallery in New Orleans. Also, a 1988 oil on canvas by James Michalopoulos, titled New Orleans Center Hall Cottage, went for $10,625, and a circa-1965 oil painting by Clementine Hunter, titled Uncle Tom in the Garden with Little Eva, made $9,375. 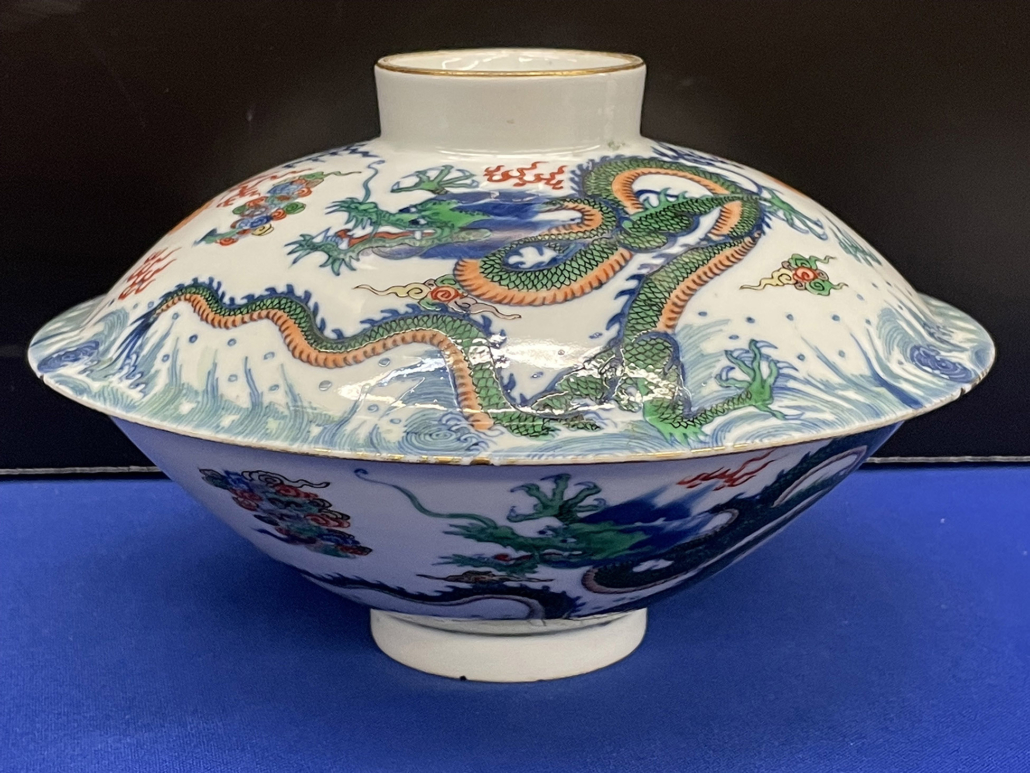 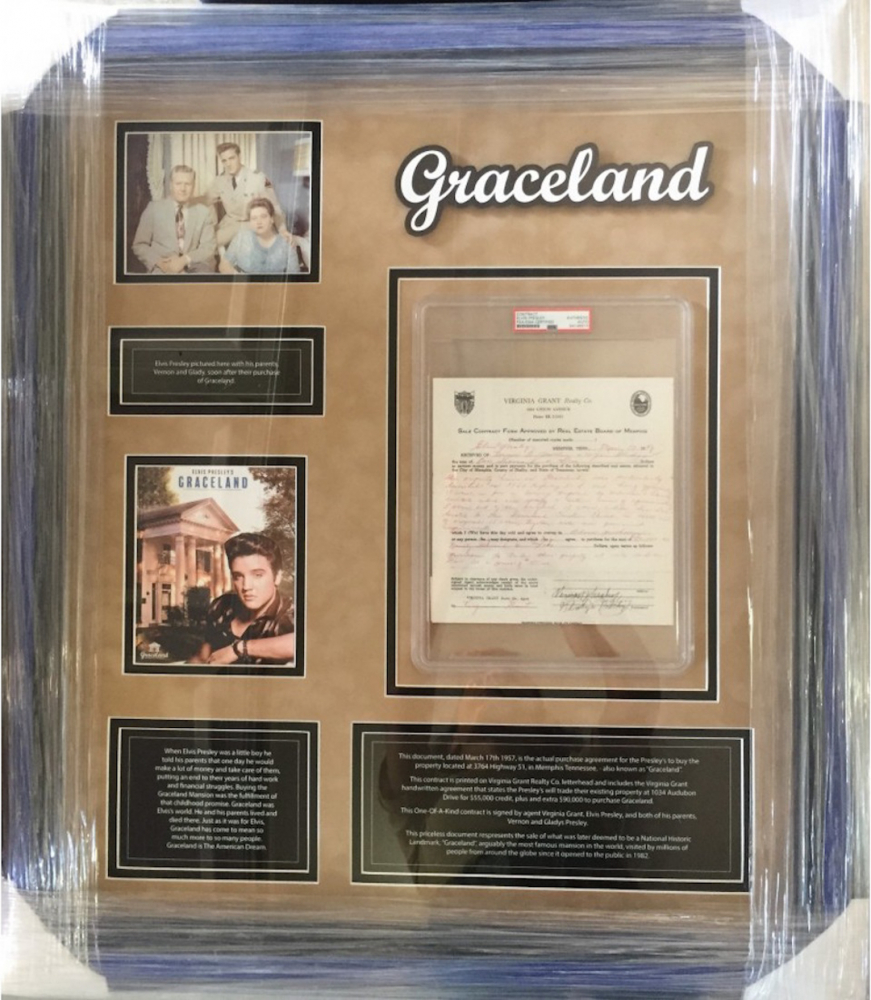 The 1957 contract signed by Elvis Presley and both of his parents for the purchase of the home in Memphis that became known as Graceland soared to $114,660 in a single-lot online auction held August 10 by PristineAuction.com, based in Phoenix, Arizona. The document stated that the Presleys would trade their property on Audubon Drive in Memphis for a $55,000 credit, plus an extra $90,000 to purchase Graceland. 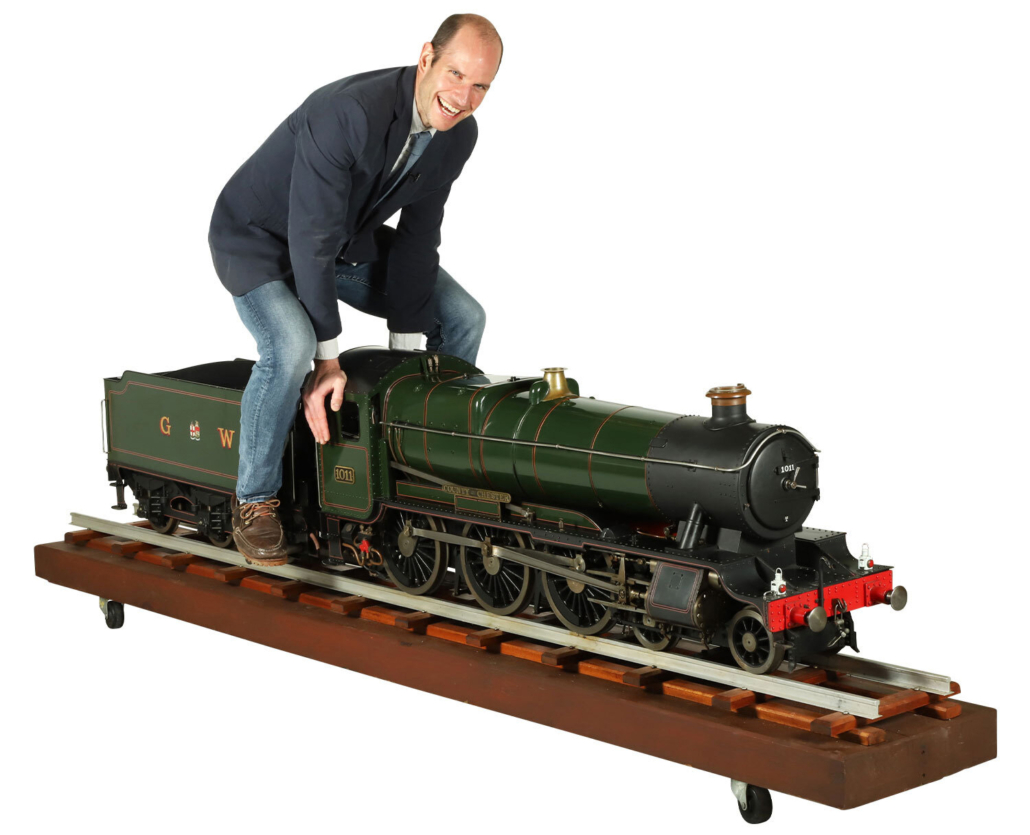 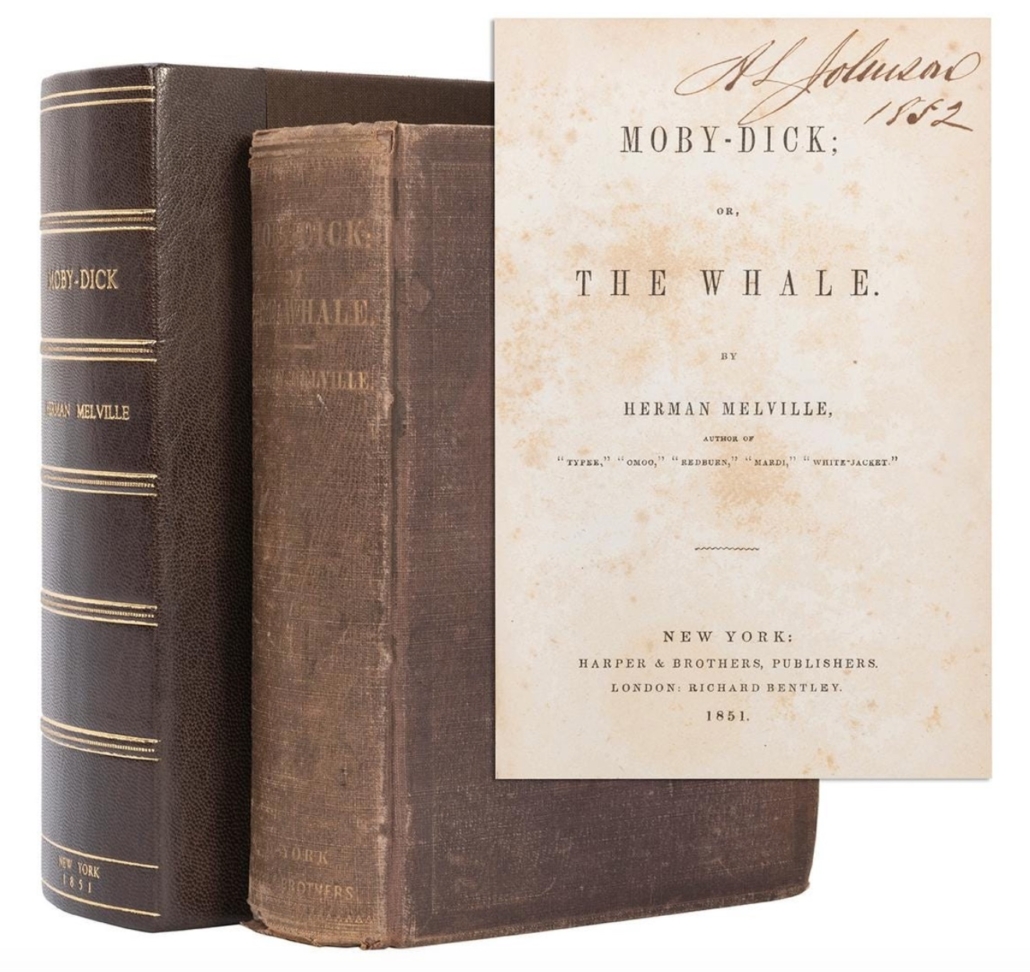 A first American edition copy of Herman Melville’s Moby-Dick; or, The Whale sold for $60,000 at a Fine Books & Manuscripts Sale held August 28 by Potter & Potter Auctions in Chicago. Also, a 38-volume set titled The Writings of Mark Twain brought $33,600; a set of five Christmas books by Charles Dickens made $28,800; and a typed letter by Nikola Tesla, signed, hit $10,800. 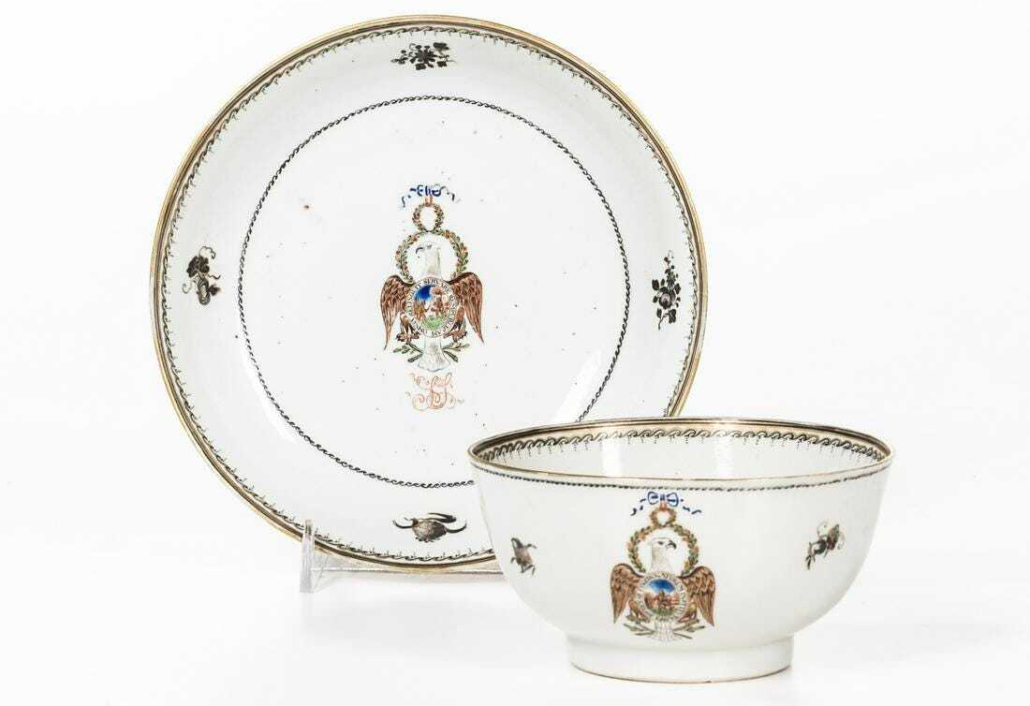 A cup and saucer from Samuel Shaw’s Society of the Cincinnati Chinese Export porcelain service sold for $75,000 in Americana auctions held Aug. 18-19 by Skinner, Inc. in Marlborough, Massachusetts. Also, an Andrew Clemens patriotic sand bottle rose to $75,000; two molded copper models of the Massasoit weathervane brought $31,250 and $43,750; a portrait of a child in a blue dress by William Matthew Prior climbed to $28,750; and a Portsmouth, New Hampshire work table brought $17,500. 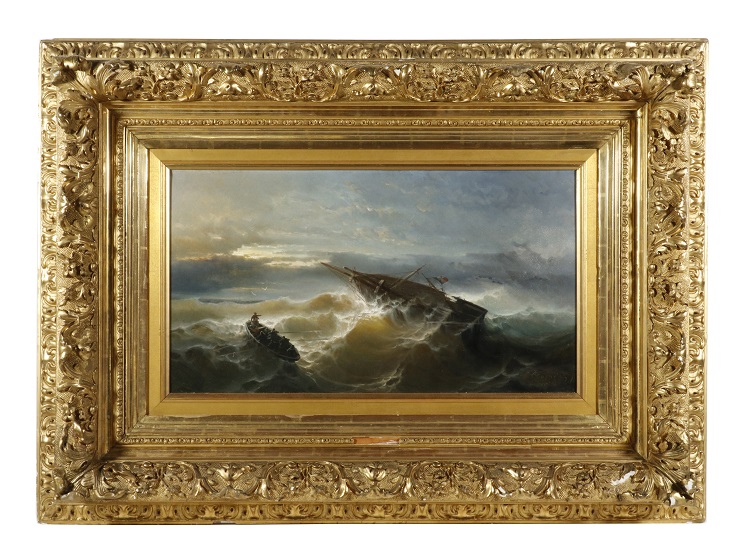 An oil on canvas by Ivan Aivazovsky, titled After the Storm, sold for $169,650 at an auction titled the Splendid, Part II, held August 27-29 by Thomaston Place Auction Galleries in Thomaston, Maine. Also, an oil on hardboard depicting the yacht America by James E. Buttersworth realized $117,000; and a painting by Andrew Wyeth, titled In the Georges Islands, finished at $87,750. 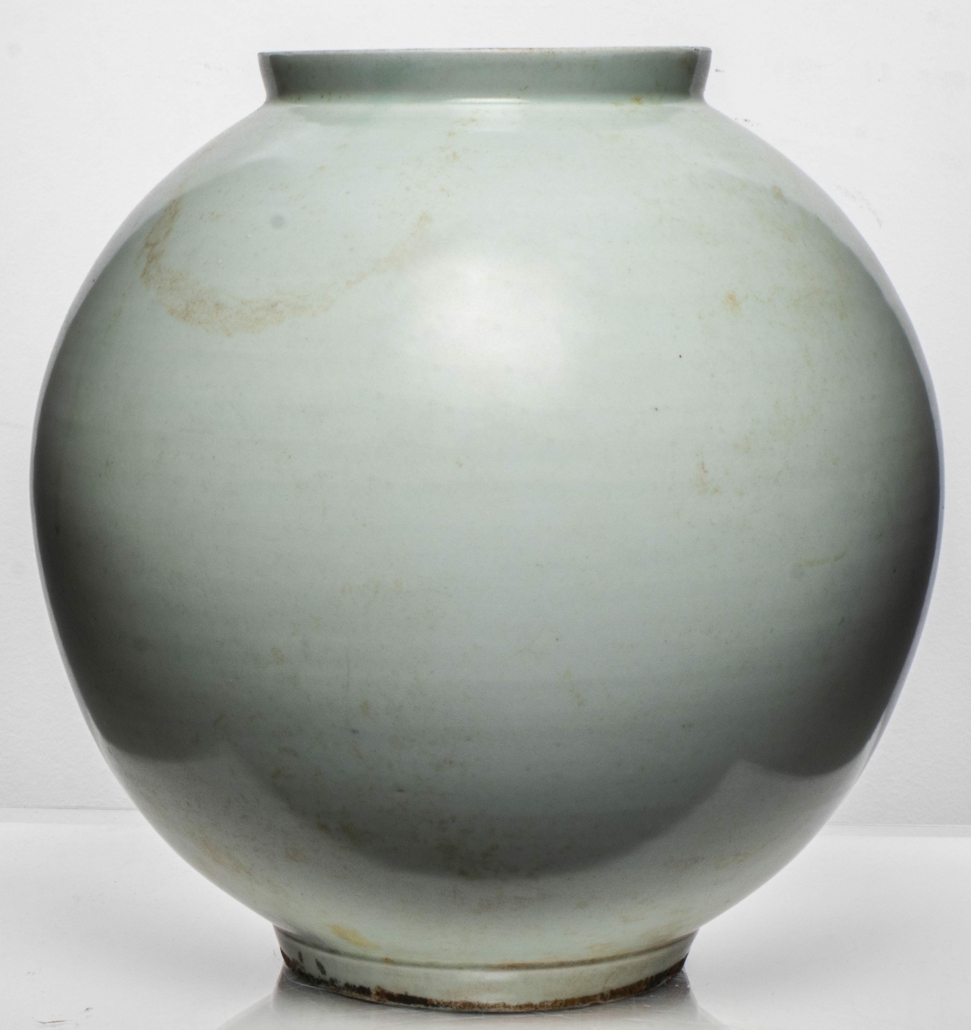 A large Korean Joseon dynasty (1392-1910) white glazed ceramic moon jar sold for $22,500 at an estate auction held August 8 by Auctions at Showplace in New York. Also, an Indian ink and watercolor on paper Paithan manuscript illustration, depicting a figure with two horses, earned $4,062; and a colorful 1990 Pop Art acrylic on paper of a man, a house and a water tower by Tom Slaughter finished at $3,125. 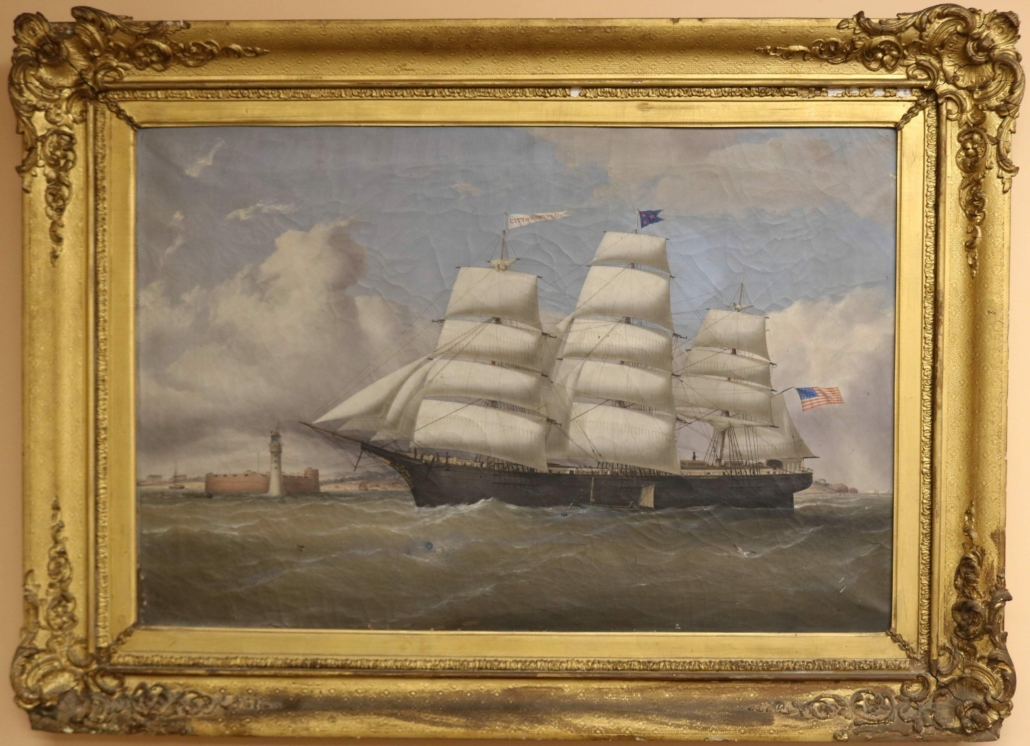 A four-door Chan cabinet by renowned 20th-century designers Philip and Kelvin LaVerne sold for $113,400 at an Art and Design auction held September 15 by Freeman’s in Philadelphia. Also, a striking glazed ceramic work ,Untitled (Dango) by Jun Kaneko, achieved $20,160; a 1950s settee by Paul Laszlo realized $11,970; and two prints by Josef Albers, SP IV and SP XII, both from Homage to the Square, brought $13,680 and $10,710. 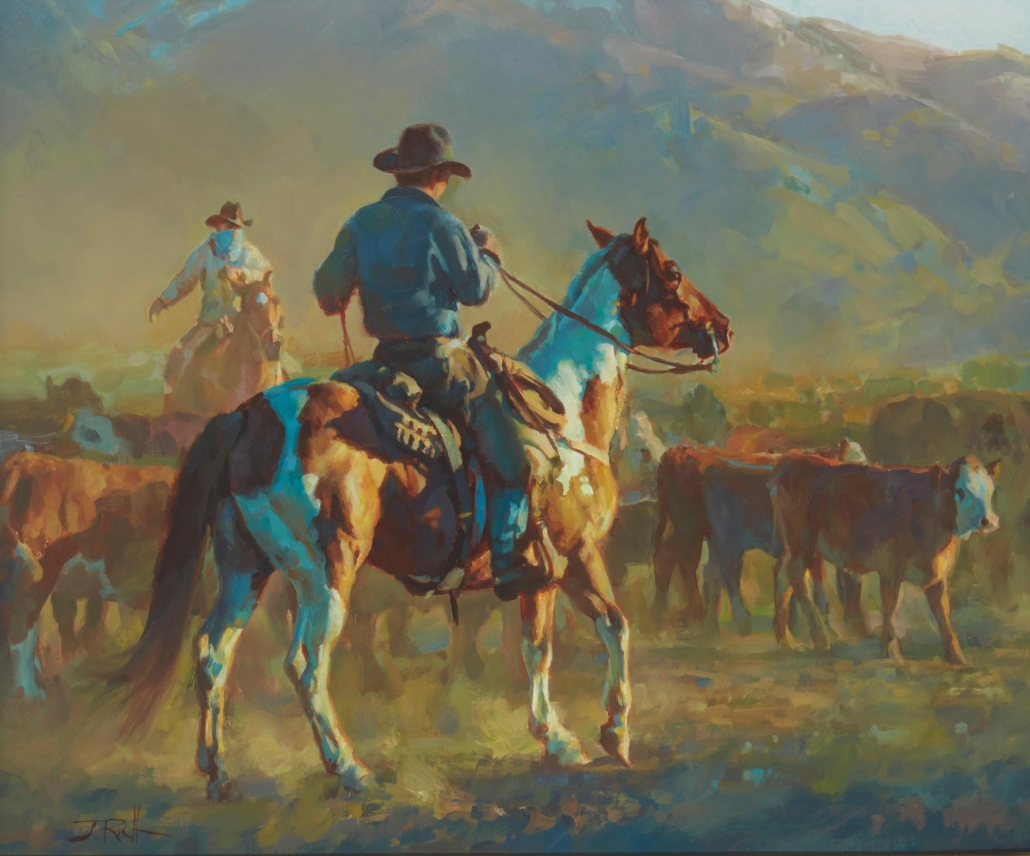 A sleeping mallard decoy by Shang Wheeler, which was featured on the dust jacket cover of Shang by Dixon Merkt, sold for $144,000 at a Summer Auction held Aug. 6-7 by Guyette & Deeter, Inc. in Saint Michaels, Maryland. Also, the finest known pair of canvasbacks by Elmer Crowell soared to $78,000; a mallard drake by John Blair, Sr. rose to $96,000; and an oil painting of waterfowling on Chesapeake Bay by Herman Simon brought $102,000. 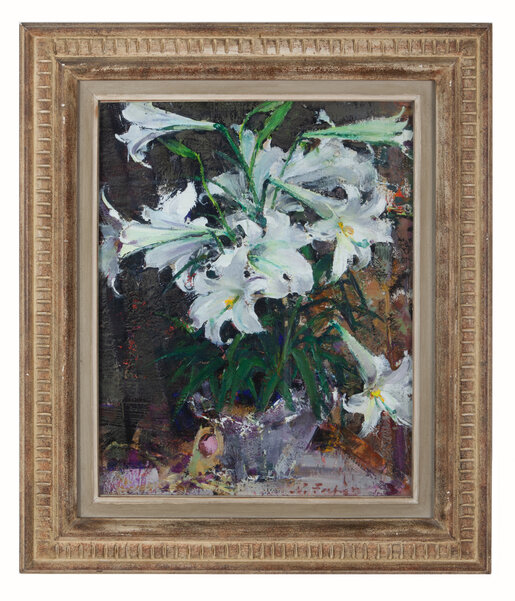 A floral still-life painting by Russian artist Nicolai Fechin sold for $281,000 at an auction held September 8 by Dallas Auction Gallery in Dallas. Also, a 1951 work by Porfirio Salinas, titled Bluebonnets with Fence and Gate, realized $56,250; a signed oil on canvas by G. Harvey titled Pinon Smoke Santa Fe achieved $75,000; a circa-1905 Parisian street scene by Edouard Cortes went for $93,750; and an acrylic on canvas by Ernie Barnes, titled Two Shots, hit $81,250. 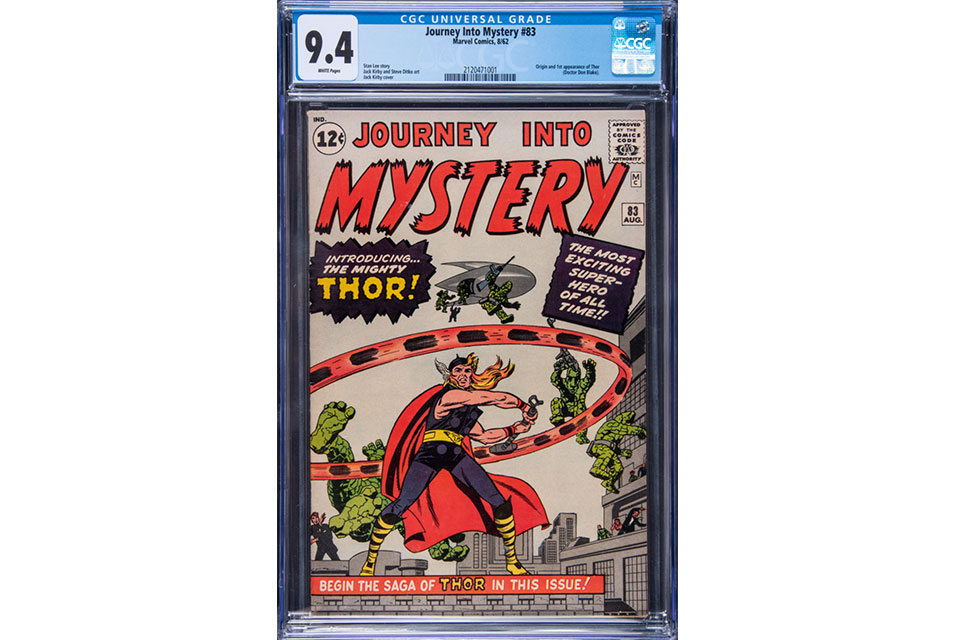 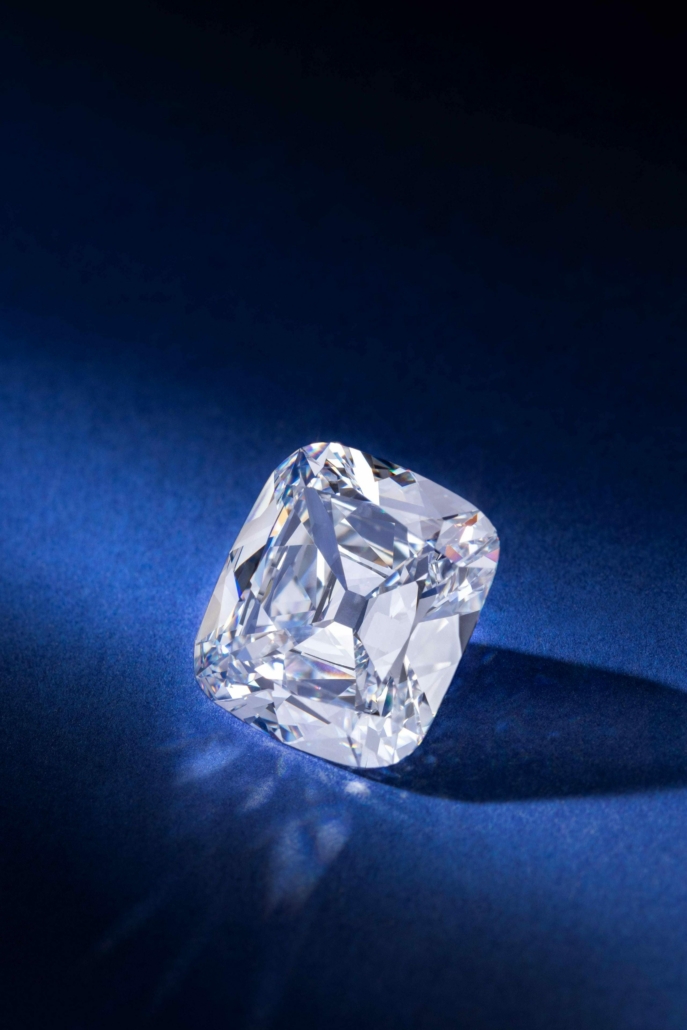 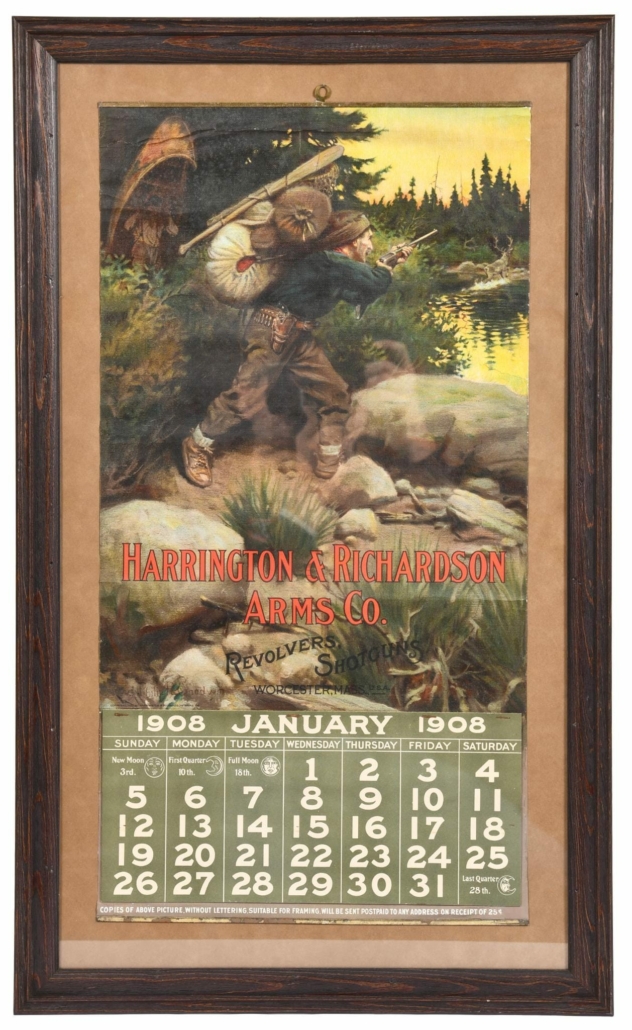 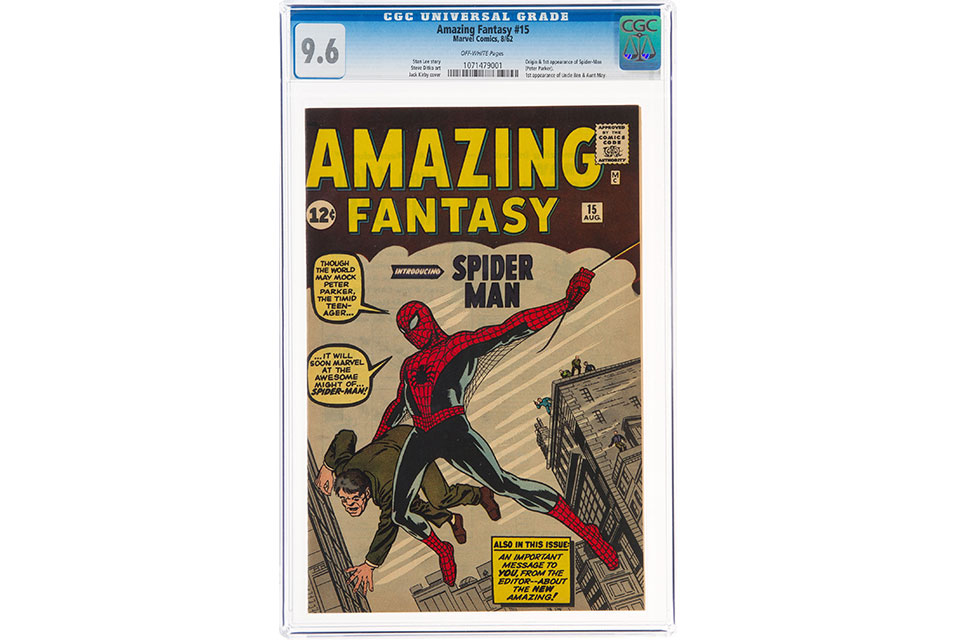 A copy of Amazing Fantasy #15 from 1962, featuring the first comic book appearance of Spider-Man, by Stan Lee and Steve Ditko, sold for $3.6 million at a Comics & Comic Art Signature Auction held Sept. 8-12 by Heritage Auctions in Dallas. It was the most ever paid for a comic book, eclipsing the $3.25 million pledged earlier this year for a copy of Action Comics #1. Also, a copy of The Amazing Spider-Man #1 from 1963 realized $241,200. 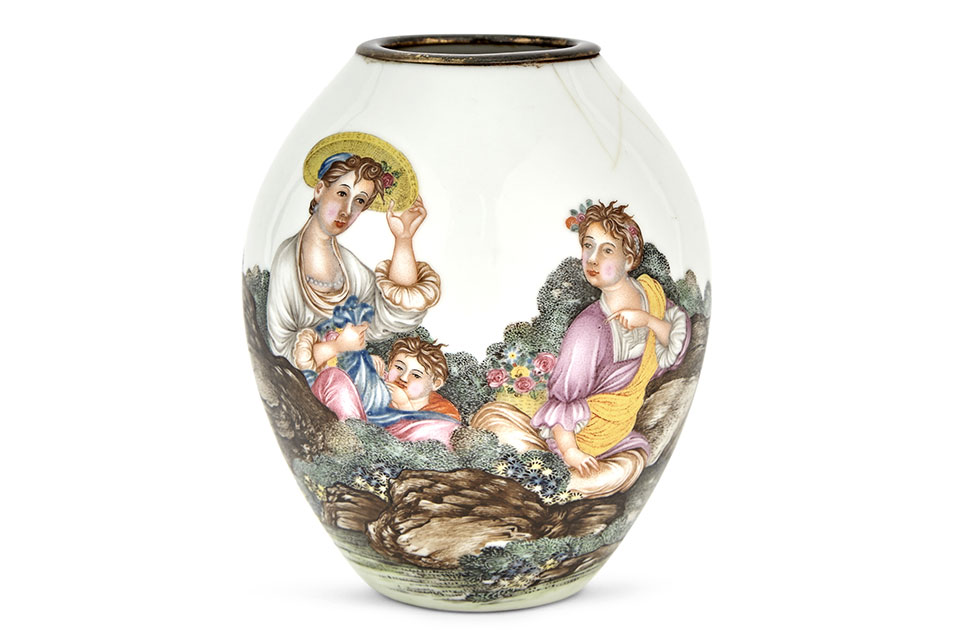 A Chinese Imperial falangcai vase, created during the reign of Emperor Qianlong (1735-1796), sold for $2.45 million at an Asian Works of Art auction held September 20 by Doyle in New York. The vase came from the collection of Sarah Belk Gambrell, the Belk department store heiress. It bore a four-character mark in blue, indicating its origin as a product of the Qianlong Emperor’s imperial workshop. Only a few were produced. 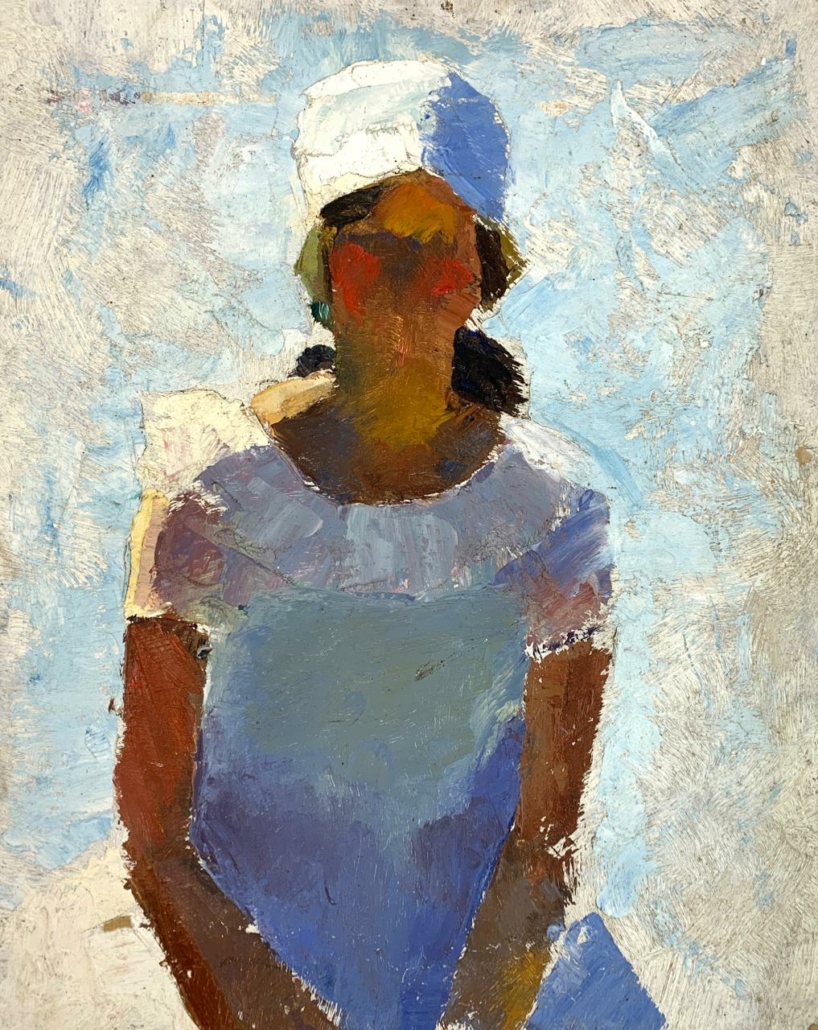 An early 20th-century oil on board by Gerrit Beneker, titled Mudhead, sold for $11,250 in an online Fine Arts auction held August 28 by The Bakker Project in Provincetown, Massachusetts. Also, an early 20th-century charcoal drawing by Kathe Kollwitz, titled Mother and Child, achieved $12,500; and a circa-2010 oil on canvas by Christopher Sousa, titled Sometimes in the Morning, went to a determined bidder for $6,250. 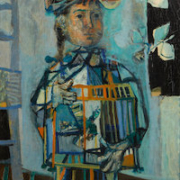 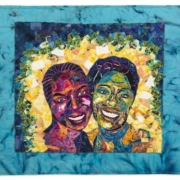 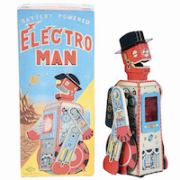 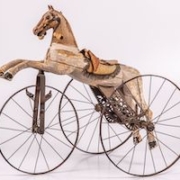