A California gold quartz walking stick with a gold knob and an original piece of gold mounted on the top sold for $21,600 at an auction of Americana (the Collection of Alex Schwed) held Oct. 21 by PBA Galleries in San Francisco. Also, a Clipper Ship sailing card (issued in the 1850s-1860s to advertise clipper ships that were loading cargo for San Francisco) for the Young America sold for $5,100; and an 1851 manuscript California Gold Rush diary from the Northern Mines District in Nevada City, Nev., fetched $10,800. Prices include a 20 percent buyer’s premium. 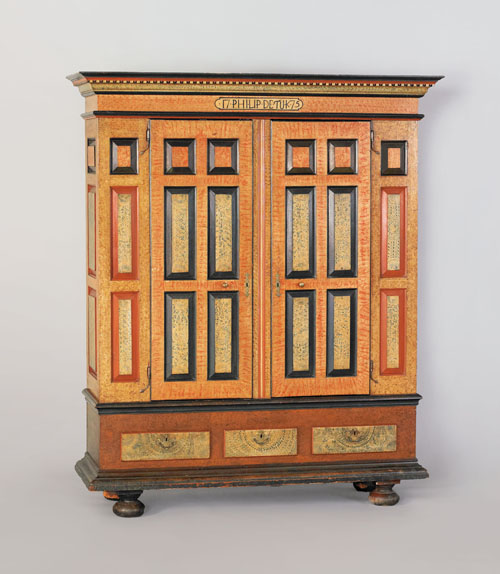 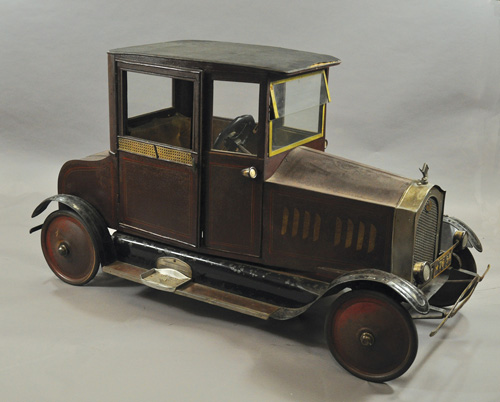 A circa 1925 American National deluxe coupe pedal car, a rare example with opening doors, upholstered door panels and many other luxury appointments, sold for $46,000 at the sale of the Donald Kaufman Toy Collection held Sept. 24-25 by Bertoia Auctions in Vineland, N.J. Also, a circa 1927 Toledo Buick with special spring-reinforced, shock resistant prototype bumper, 30 1/2 inches long, sped off for $34,500; and a 1930s Kenton Morgan cast-iron toy crane went for $20,700. Prices include a 15 percent buyer’s premium. 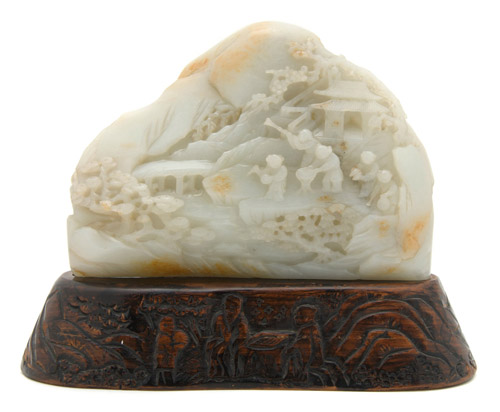 A Chinese jade boulder that had not been on the market in over a half century, consigned by a Chicago family, sold for $207,400 at an auction of Asian Works of Art held Oct. 26 by Leslie Hindman Auctioneers in Chicago. The boulder was estimated to bring $20,000-$40,000. Also, a gilt-bronze figure of Guandi went for $85,400 to a bidder from Shanghai. The auction realized over $1.25 million and was the highest grossing Asian Works of Art auction in the firm’s history. Most lots sold to Chinese bidders. Prices include a 20 percent buyer’s premium. 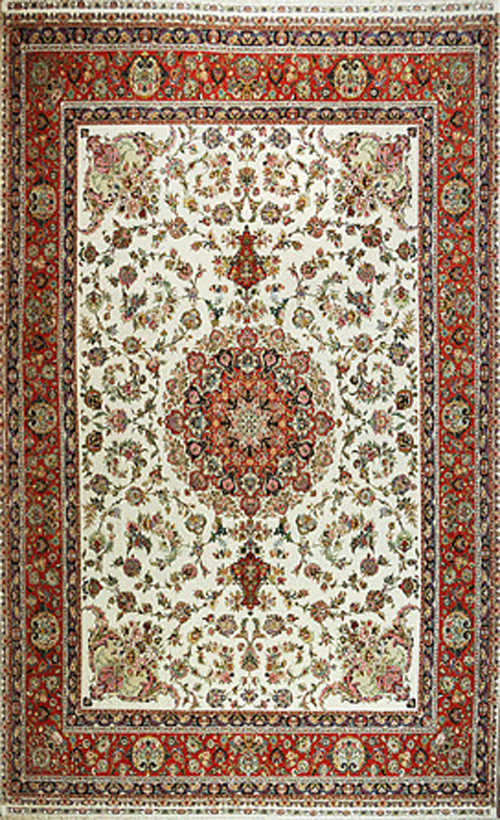 A large circa 1900 Tabriz Persian rug sold for $26,000 at a Catalog Auction held Sept. 23 by Morton Kuehnert Auctioneers & Appraisers in Houston. Also, a signed Tiffany Studios “organic root” candlestick lit up the room for $10,800; a set of 18th-century Sevres presentation plaques with landmark scenes from France topped out at $12,000; a pair of 19th-century Wedgwood urns commanded $6,000; and a Louis XV-style bed and a 19th-century Louis XV-style console and mirror each realized $5,400. Prices include a 20 percent buyer’s premium. 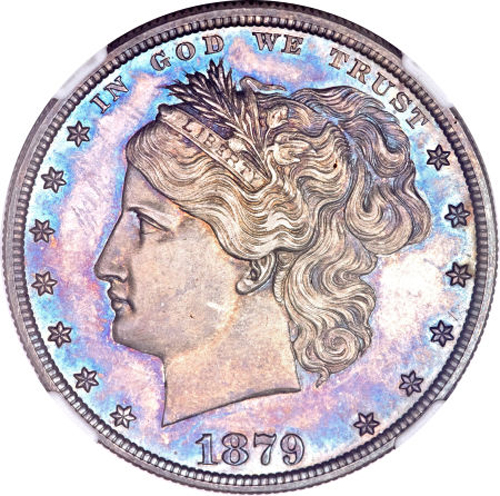 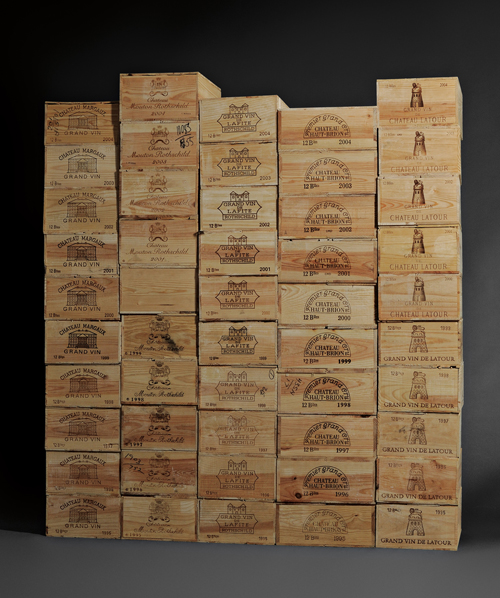 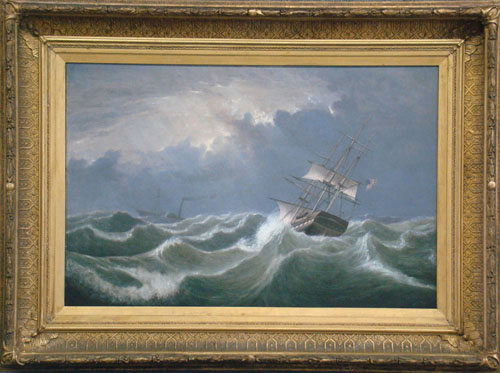 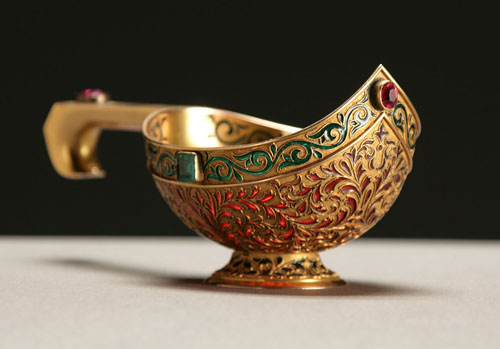 A late 19th-century Russian 14K yellow-gold, plique-a-jour enamel and gem-set kovsh made by Alexander Tillander sold for $58,750 at a sale of European & American Furniture and Decorations and Asian Works of Art held Oct. 23 by Weschler’s in Washington, D.C. Also, a bronze sculpture by Nikolai Ivanovich Lieberich, titled Wolf Hunt, made $42,300; a pair of parcel silver gilt and cloisonné enamel wedding icons brought $10,575; and an American “Boston Tea Party” cream jug by Daniel Dupuy (circa 1774) hit $9,987. Prices include a 17.5 percent buyer’s premium.

Aminiature Canadian “plow” flower decorated butter churn with dasher and guide, standing 5 inches tall and impressed with the potter’s mark (James O’Hara Picton) sold for $34,650 at a Fall Pottery Auction held Sept. 18 by Bruce and Vicki Waasdorp in Clarence, N.Y. Also, an American 3-gallon cream part in a desirable classic folk art design and with a signature star face design garnered $10,725; and a pair of vendor jugs from the Welding Brantford pottery of Canada realized $300 and $360. Prices include a 10 percent buyer’s premium.

Will Rogers by Rockwell, $40,250, Fairfield Auction 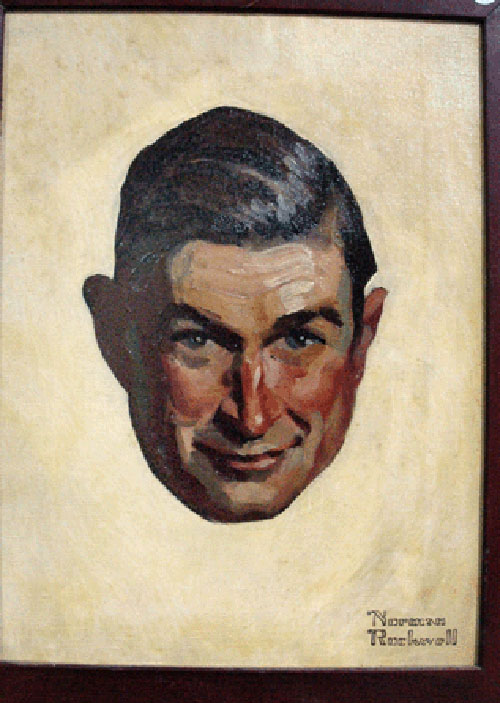 A16-inch by 12-inch oil on canvas study of the American humorist and showman Will Rogers (1879-1935) by the iconic American artist Norman Rockwell sold for $40,250 at an auction held Sept. 26 by Fairfield Auction in Newtown, Conn. Rockwell signed the work on the lower right. Also, a 22-inch-tall late 19th-century bronze by the Russian sculptor Evgeny Lanceray (1848-1886) went to a determined bidder for $25,300; and an oil on board Western sunset by Albert Bierstadt changed hands for $18,400. Prices include a 15 percent buyer’s premium. 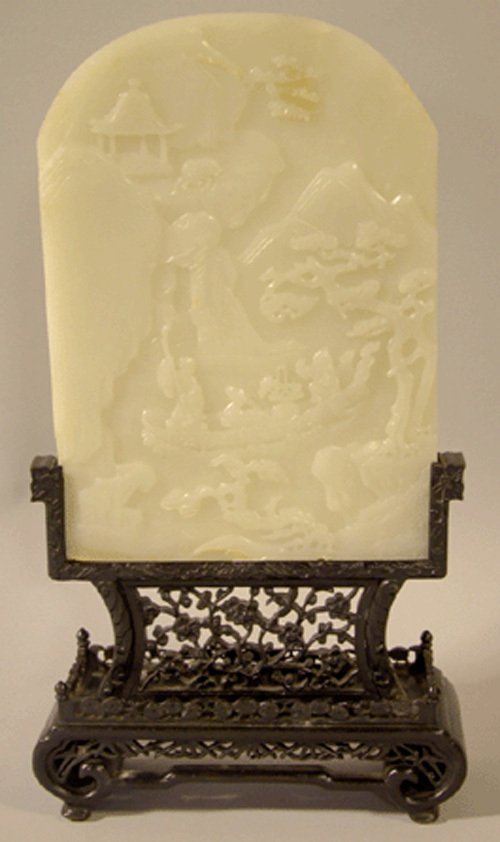 A Chinese carved white jade table screen from the Qianlong period sold for $411,250 at a sale of Asian Works of Art held Oct. 2 by The Potomack Co. in Alexandria, Va. It was the third highest price ever paid at auction for a Chinese carved white jade table screen. Also, a Chinese jade partial zodiac set fetched $164,500, a world record for such a set. In all, 124 Asian lots brought $1.11 million in spirited international bidding. Bidders came from as far off as Hong Kong, Singapore and Beijing. Prices include a 17.5 percent buyer’s premium. 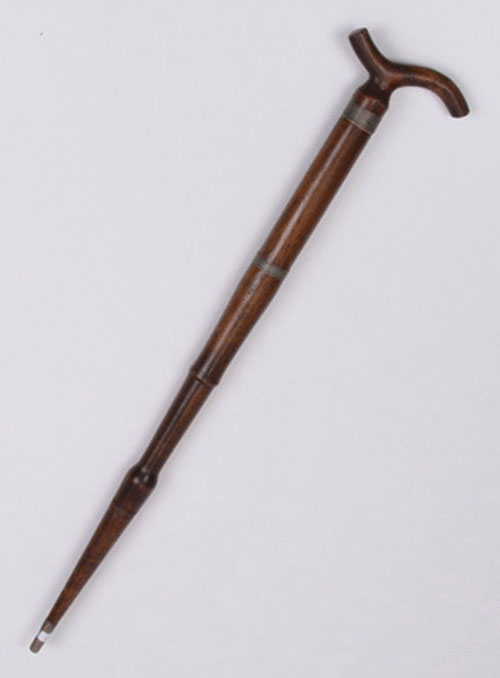 Arare mahogany cane concealing a complete and playable violin sold for $9,200 at an auction held Oct. 2 by Tradewinds Auctions in Peabody, Mass. Also, a Tiffany Art Nouveau sterling small eagle cane after cartoonist Thomas Nast’s eagle went for $8,625; an early 20th-century pair of ivory canes carved in the form of Harlequin and Columbine in the manner of German porcelain and inlaid with gems realized $4,888; and a carved elephant ivory ram containing a gun that takes a 14mm shell made $4,600. Prices include a 15 percent buyer’s premium. 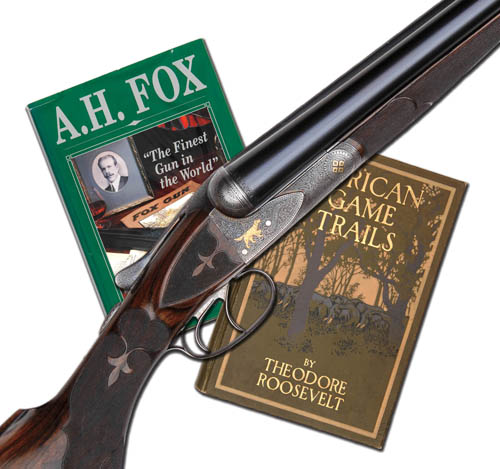 Aspectacular Teddy Roosevelt F grade shotgun gifted to him by the president of the Fox Gun Co. and used on his 1909 African safari sold for $862,500 at a Firearms Auction held Oct. 5-6 by James D. Julia Inc., in Fairfield, Maine. It was the second-highest price ever paid for a firearm at auction. Also, a Soviet MiG 21 fighter plane sold “as is where is with no guaranty of air-worthiness” for $23,000; and a rare and exceptional Winchester 1st Model 1873 “one of one hundred” lever-action rifle, the finest of its type, made $373,750. Prices include a 15 percent buyer’s premium. 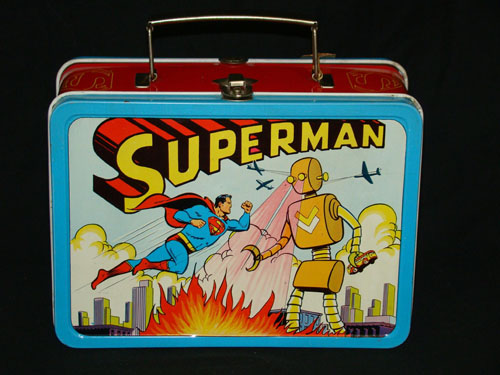 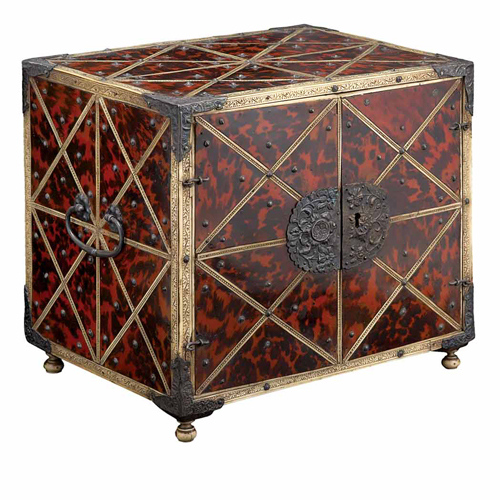 An Indo-Portuguese silver mounted stained tortoise shell and ivory table cabinet dating to the 17th or 18th century sold for $98,500 at a sale of Important English & Continental Furniture and Decorations held Oct. 27 by Doyle New York in Manhattan. Also, a pair of George III gilt-bronze mounted mahogany, tulipwood rosewood and sabicu commodes, circa 1765 and attributed to Pierre Langlois, achieved $62,500; and a tempera on panel biblical depiction by Neri di Bicci (Italian, 1419-1491) brought $23,750. Prices include a 25 percent buyer’s premium. 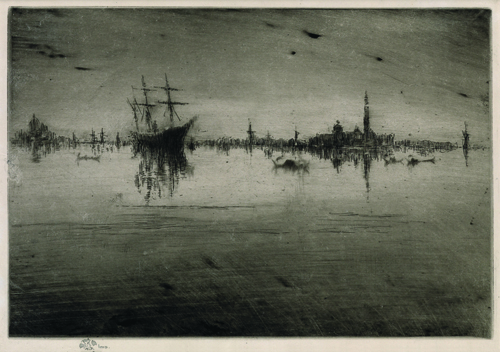