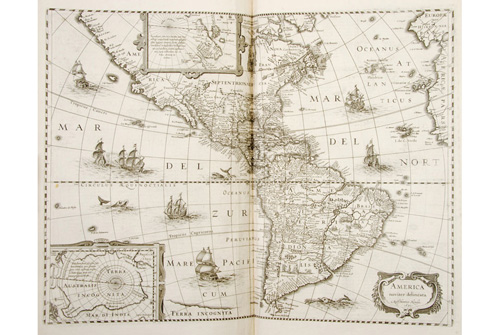 A first English edition of Gerard Mercator’s Atlas, 1636, sold for $25,380 at a Fine Books & Manuscripts Auction held Aug. 12 by Leslie Hindman Auctioneers in Chicago. Also, a three-volume first printing of the book set Lewis & Clark, History of the Expedition … to the Sources of the Missouri went for $46,350; a collection of antiquarian maps and atlases (including a first state of Henricus Hondius, Nova totius terrarum orbis, 1630, hit $6,344; and a handwritten Royal Naval Academy manuscript, circa 1800, made $3,904. Prices include a 22 percent buyer’s premium. 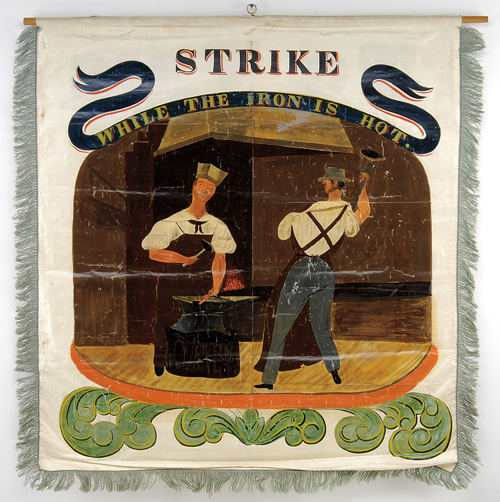 Antique tapestry, $4,884, Specialists of the South 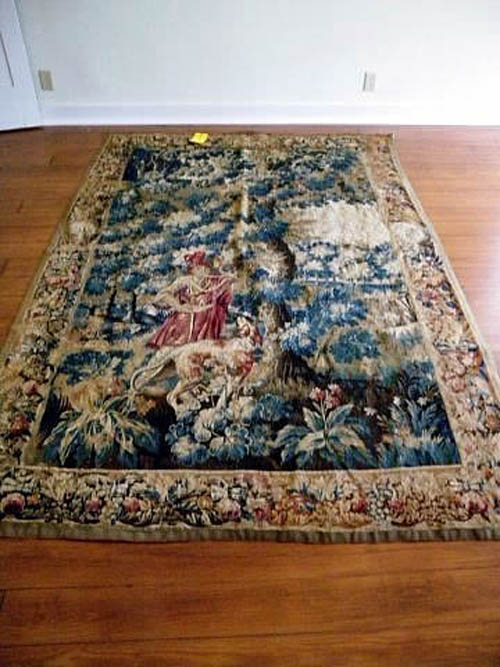 A late 17th- or early 18th-century wool tapestry measuring 71 inches by 103 inches and depicting a hunter with his dog, bugle and sword in a woodland setting sold for $4,884 at an on-site estate sale held Aug. 28 in Marianna, Fla., by Specialists of the South Inc., based in Panama City. Also, a Gothic Revival refectory table with two armchairs and six side chairs and a buffet garnered $2,387; a Tibetan Mahakala Thanka painting in ink and gouache on cloth made $1,887; and a bronze scalloped Vide-Poche hit $1,055. Prices include an 11 percent buyer’s premium. 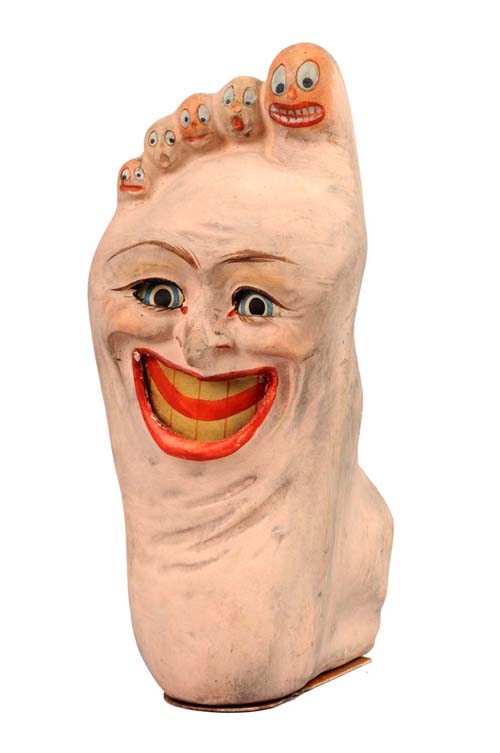 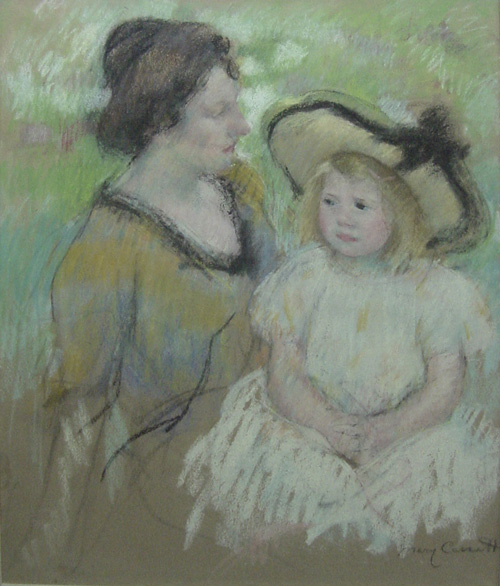 A Mary Cassatt portrait of a mother and her young daughter, a pastel on paper titled Simone Seated on the Grass Next to Her Mother, sold for $990,000 in an auction held Sept. 15 by John W. Coker in New Market, Tenn. The portrait was one of the prized possessions in the collection of the late Dr. Albert K. Chapman, former president and CEO of Eastman Kodak. It had been expected to bring $400,000-$700,000. The buyer was a California art dealer and collector. The sale featured 84 lots and grossed $1.82 million. The price includes a 10 percent buyer’s premium. 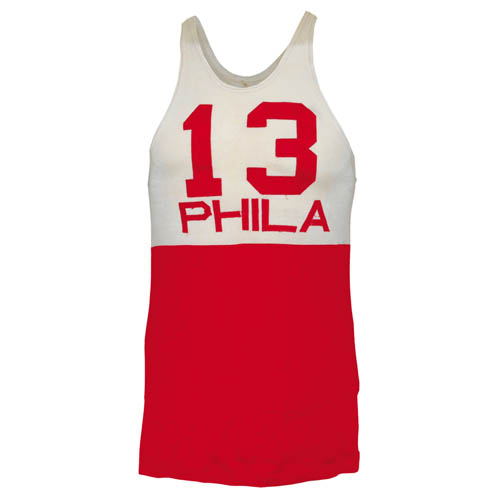 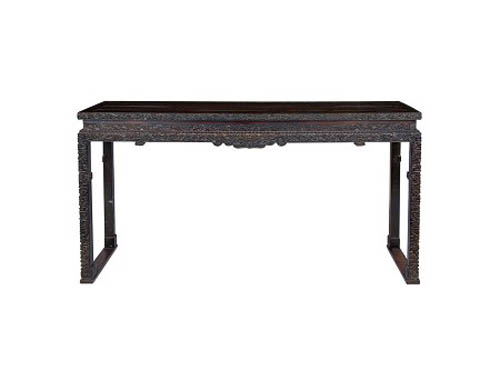 A Chinese Imperial zitan side table decorated with carvings of five-clawed dragons sold to a buyer from China for $182,500 at a sale of Asian Works of Art held Sept. 13 by Doyle New York in New York City. Also, a Chinese cinnabar lacquer table screen framed in zitan wood also went to a Chinese buyer, for $170,500; and a colorful Chinese cloisonné covered offering dish with the Qianlong four-character mark and of the period climbed to $116,500. In all, the auction grossed a little more than $2 million. Prices include a 20 percent buyer’s premium. 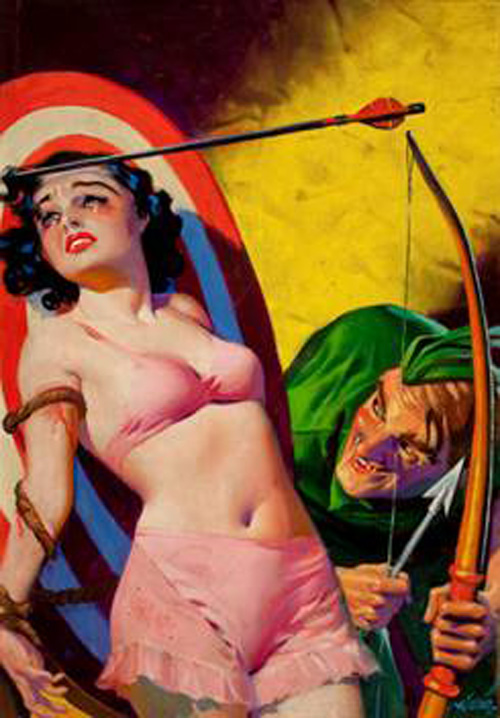 Hugh Joseph Ward’s original pulp cover illustration for the August 1936 issue of Spicy Mystery Stories, titled The Evil Flame, sold for $143,400 at an Illustration Art Auction held Aug. 17 by Heritage Auction Galleries in Dallas. Also, Norman Sanders’ illustration titled The Ones from the May 1951 cover of Marvel Science magazine peaked at $50,788; and Robert Fuqua’s illustration titled Revolt of the Robots from the May 1930 cover of Fantastic Adventures went to a determined bidder for $27,485. Prices include a 19.5 percent buyer’s premium. 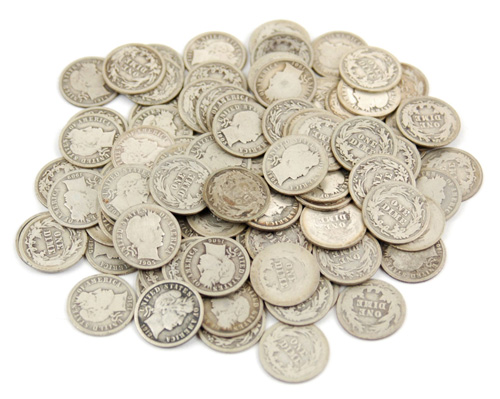 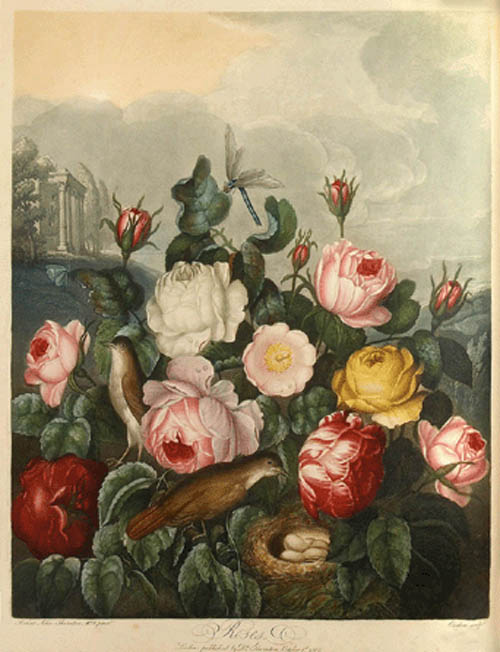 A copy of Robert Thornton’s book The Temple of Flora, unrestored, with a full complement of plates and in an elegant binding, sold for $85,400 at a Fine Book Sale held June 23 by Bonhams in New York. Also, an archive relating to Frank Lloyd Wright and his “New Theater” project in Hartford, Conn., including numerous letters between Wright and the actor-director Paton Price, fetched $27,450; and a first-edition copy of Lucy Maud Montgomery’s beloved book Anne of Green Gables topped out at $17,690. Prices include a 20 percent buyer’s premium. 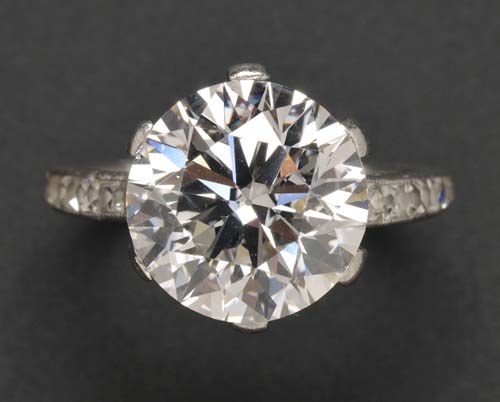 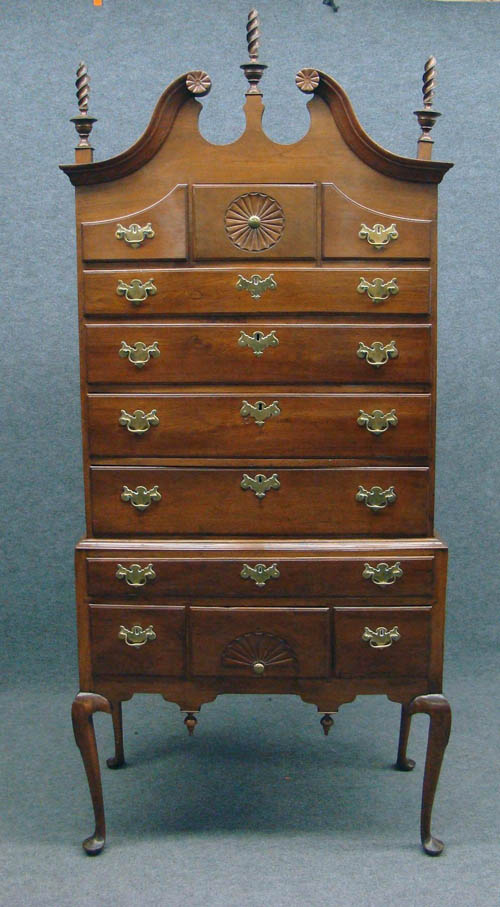 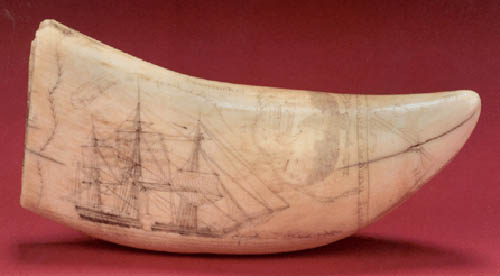 A sperm whale’s tooth, known as scrimshaw, engraved by Fred Myrick, with a portrait of the ship Susan of Nantucket, R.I., sold for $200,600 at an annual sale of Marine, China Trade, Sporting and Historical Americana held Aug. 21-22 by Northeast Auction in Portsmouth, N.H. Also, a scrimshaw engraved by Caleb Albro with a portrait of the ship John Coggeshall of Newport, R.I., breezed to $106,200; and a portrait of industrialist Cornelius Vanderbilt’s steam yacht the North Star, by artist James Bard, soared to $118,000. Prices include a 15 percent buyer’s premium. 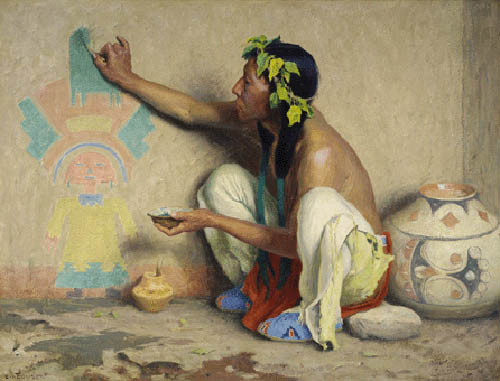 A parcel-gilt decorated maple concert harp, manufactured by Lyon & Healy around 1915 and from the estate of a former member of the San Francisco Philharmonic, sold for $11,500 at an estate sale held July 20 by John Moran Auctioneers in Pasadena, Calif. Also, an 1871 St. Petersburg jardiniere drew international interest before gaveling for $9,775; a Florentine marble sculpture signed by the artist Bacherini made $9,200; and a Demetre Chiparus gilt-bronze, ivory and onyx figure of a woman, circa 1925, hit $6,325. Prices include a 15 percent buyer’s premium. 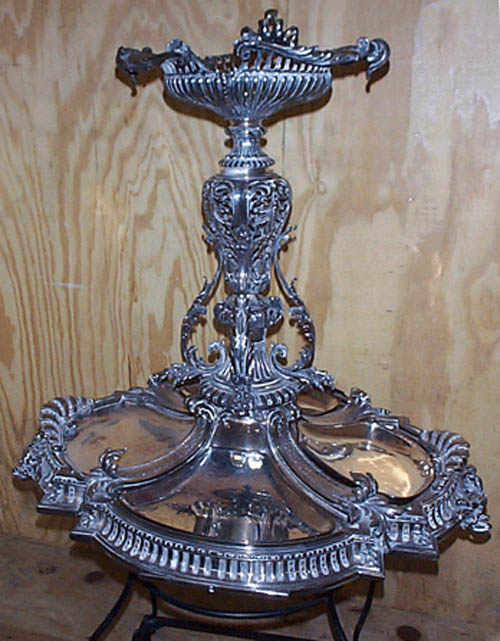 A 19th-century silver-plated Charles Christofle banquet table centerpiece sold for $14,000 at an auction held Aug. 12 by Bodnar’s Auctions in Somerset, N.J. Also, a pair of 19th-century angelic figural bronze candelabra, each 2 feet tall with full wings extended, unsigned, went for $5,250; a Rose Medallion center bowl, 30 inches in diameter, made in the early 20th century, garnered $3,000; and a 19th-century European oil on canvas painting of four woman and a man, 3 feet by 1 feet, unsigned, hit $1,900. Prices include a 13 percent buyer’s premium. 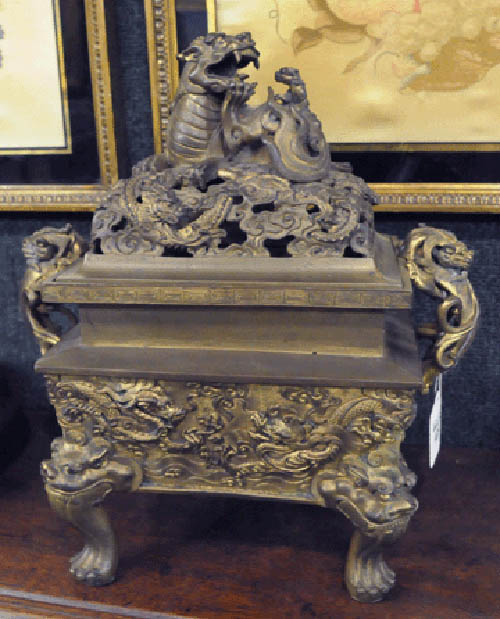 A Chinese bronze incense burner from the Ming dynasty, decorated with dragons, sold for $124,200 at the annual Summer Feature Auction held Aug. 21-23 by Thomaston Place Auction Galleries in Thomaston, Maine. Also, a painting by Derek Gardner and depicting a marine battle from 1797 topped out at $54,625; a 1913 oil painting by Charles Lamson Henry titled The Huckster rose to $42,125; and a 17th-century oval dragon footed Chinese bronze brazier with dragon-form handles made $36,800. Prices include a 15 percent buyer’s premium. 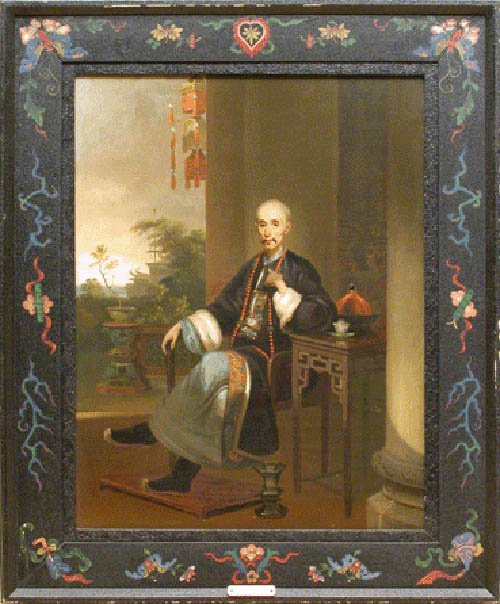 An oil portrait by the British artist George Chinnery (1774-1852), titled The Portrait of Hou Qua, who was a Hong Kong international trade czar of the time, sold for $98,600 at an Americana, Fine Arts & Marine Sale held Aug. 7 by Rafael Osona Auctions in Nantucket, Mass. Also, a prisoner of war bone ship model dated from 1800 and featuring a 106-gun ship and full figurehead hammered for $87,000; and an oil on canvas work by British artist William Callcott Knell (1830-1876), titled In the Shipping Lane, hit $3,190. Prices include a 16 percent buyer’s premium.