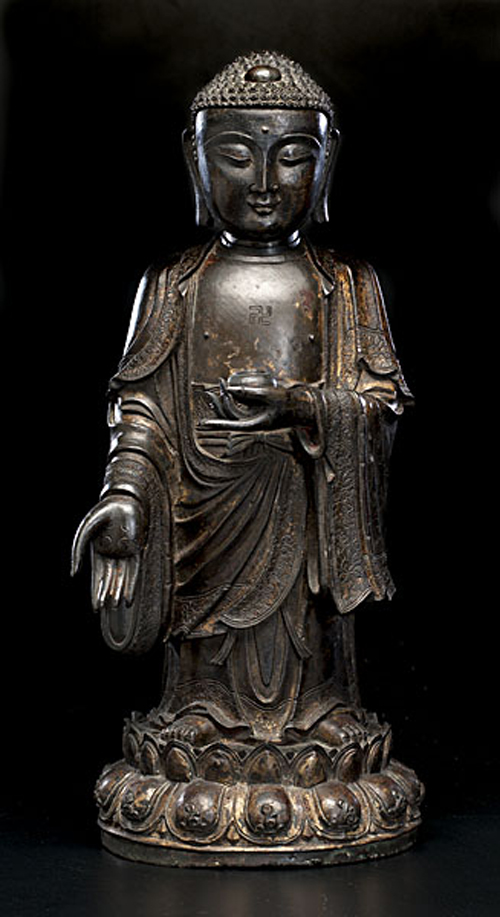 A Chinese bronze standing Buddha, with traces of gilt and dark red paint, standing on a lotus flower, sold for $102,000 at a first-ever Asian Auction held by Aug. 26-27 by Cowan’s Auctions Inc., in Cincinnati, Ohio. Also, a Chinese Republic Period ivory wrist rest with polychrome insects realized $47,000; a group of Chinese white jade pendants went for $49,938; a Sino-Tibetan bronze Buddha rose to $54,000; and a finely carved Chinese carved jade duck seated on a transparent lotus flower coasted to $46,800. Prices include a 17.5 percent buyer’s premium. 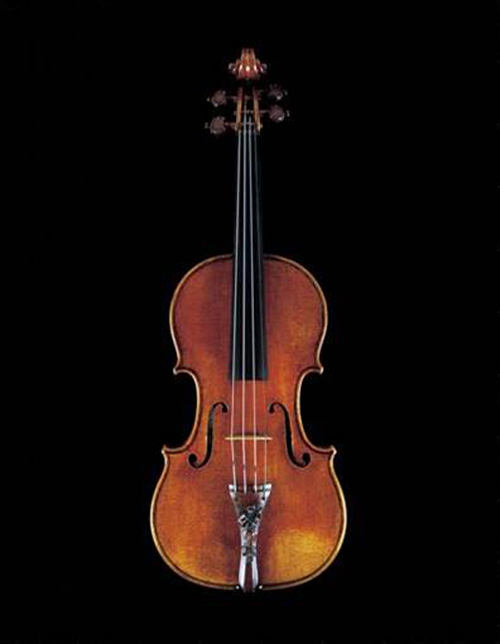 Arare 1721 Stradivarius violin, in nearly unused condition and said to be the best preserved Stradivarius violin in existence, sold for $15.9 million at a charity auction held June 20 by the Nippon Foundation, a Tokyo-based firm that runs maritime development and health and welfare programs. The money will go toward the victims of Japan’s earthquake and tsunami in July. The violin was one of 21 stringed instruments the foundation holds and loans free of charge to top class musicians around the world. The price is exclusive of a buyer’s premium. 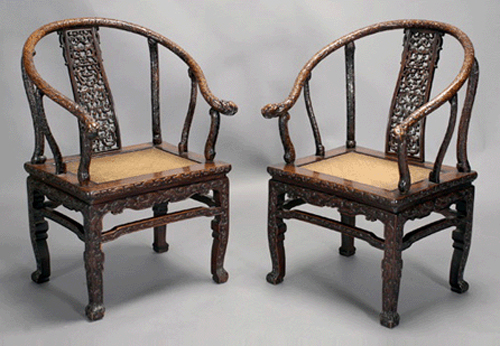 Apair of intricately carved huanghuali and mixed wood horseshoe chairs sold for $362,700 at a Fine Asian Works of Art Sale held June 20 by Michaan’s Auctions in Alameda, Calif. Also, a carved ivory brush pot changed hands for $257,400; a pair of fine ivory quail-form boxes (the birds that symbolize “double peace”) knocked down at $55,575; and an elegant and colorful doucai meiping porcelain vase commanded $49,725. Over 400 total lots were offered in a sale that grossed $1.976 million. Prices include a 17 percent buyer’s premium. 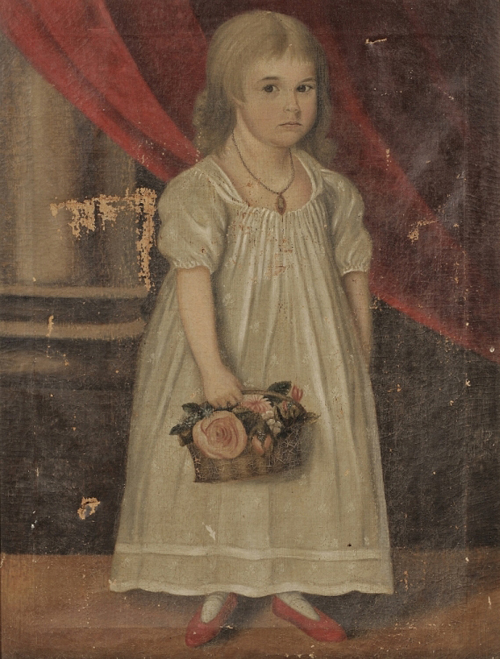 A vintage folk art portrait of Lavinia Fanning sold for $106,650 at a sale of American Furniture & Decorative Arts held Aug. 14 by Skinner Inc., in Marlborough, Mass. Also, a rare and important Federal tiger maple and mahogany bureau from Rutland, Vt., went for $65,362; a pair of portraits by John Brewster of Capt. John Low and his wife, Sara, changed hands for $50,362; and an antique rooster weather vane by J. Howard from the Joanne Forney collection went for $24,885. Prices include an 18.5 percent buyer’s premium. 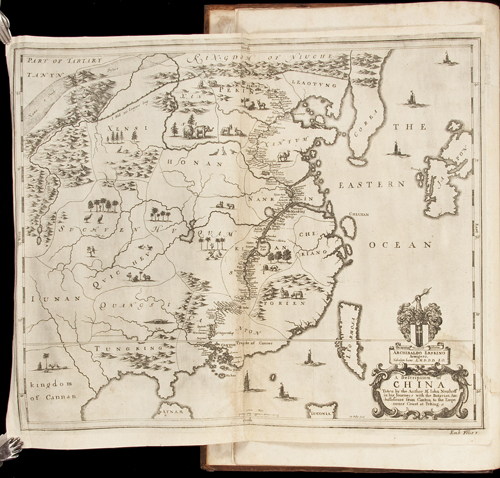 A set of John Ogilby’s translations of Jan Nieuhoff’s An Embassy From the East-India Company of the United Provinces to the Grand Tartar Cham Emperor of China (1669) and Arnoldus Montanus’ Atlas Chinensis (1671), with copper-engraved plates and text illustrations, sold for $42,000 at a sale of Americana, Travel & Exploration, Maps & Ephemera held Aug. 11 by PBA Galleries in San Francisco. Also, the Novus Atlas Sinensis of Martinus Martini (circa 1655), with 17 double-page engraved maps, hit $27,000. Prices include a 20 percent buyer’s premium.

Aspectacular and rare sicklebill curlew decoy made in Duxbury, Mass., by a craftsman whose identity is a matter of debate among veteran collectors, sold for $111,550 at an auction held July 24-25 by Decoys Unlimited Inc., based in Barnstable, Mass. The sale was conducted at the Cape Codder Resort & Hotel in Hyannis, Mass., on Cape Cod. Also, a hissing goose made in the early 1900s by George Boyd realized $60,375; and a pair of racy swimming red-breasted mergansers by A.E. Crowell hit $37,375. Prices include a 15 percent buyer’s premium. 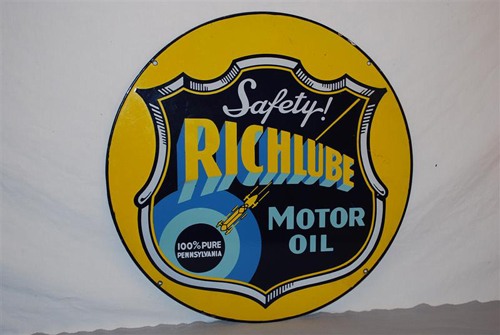 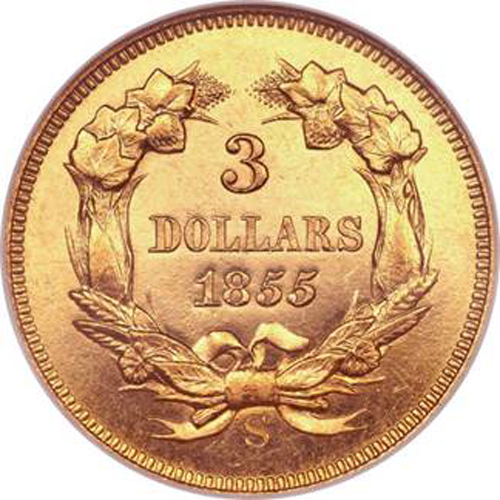 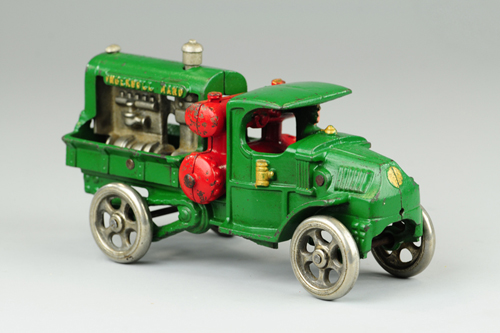 A circa-1933 toy version of an Ingersoll Rand Mack truck with painted driver figure, made by Hubley, sold for $13,800 at an auction of Toys With Character held June 10-11 by Bertoia’s in Vineland, N.J. Also, a cast-iron safe-shape still bank with a bust of Grover Cleveland rose to $11,500; a Hubley cast-iron Bathing Beauties doorstop with design by Fish realized $10,350; a Bing King Edward clockwork painted-tin gunboat made $8,625; and a J. & E. Stevens brass cat-and-mouse bank pattern hit $8,050. Prices include a 15 percent buyer’s premium. 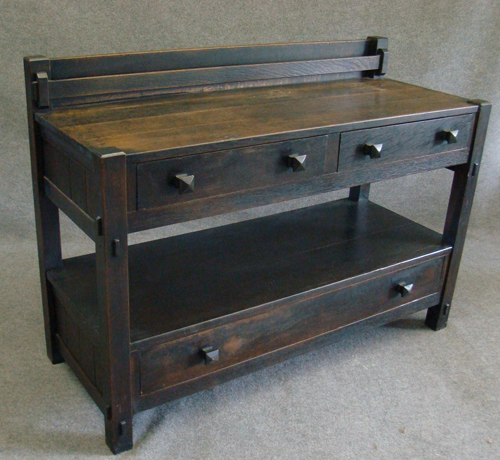 Aserver/sideboard made by Gustav Stickley sold for $12,650 at an auction held Aug. 7 by Carlsen Gallery in Freehold, N.Y. Also, an oil on canvas scene of Rockport, Mass., by Emile A. Gruppe went for $9,775; a five-piece Kirk & Son silver tea and coffee set realized $8,625; a monumental Tiffany sterling pitcher commanded $8,625; a large Sevres vase, The Three Graces, brought $8,338; an oil on canvas signed by Carl Lindin, titled March Evening, made $8,280; and a Gustav Stickley sideboard rose to $8,050. Prices include a 15 percent buyer’s premium. 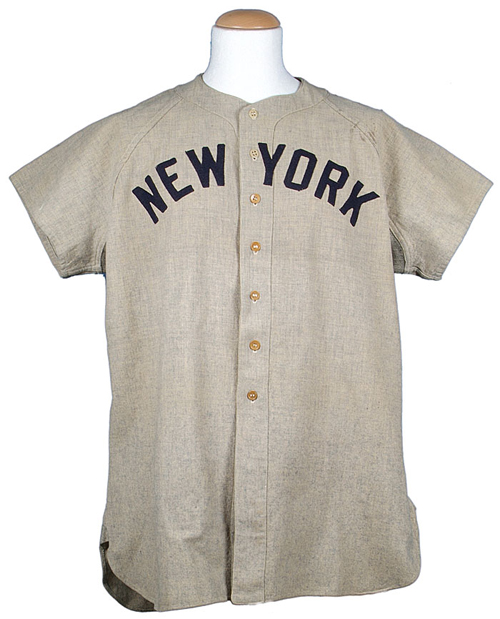 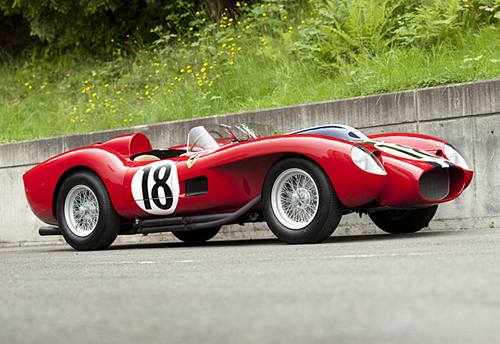 Asleek red 1957 Ferrari Testa Rossa prototype car, restored to like-new condition by Dennison International in 1958, sold for $16.4 million at an auction held Aug. 20 by Gooding & Co. at Monterey Car Week, an annual event for collectors and car enthusiasts in Monterey, Calif. The buyer and seller were not identified. It was a new world record for a car sold at auction. The 12-cylinder car competed at legendary events such as Sebring, LeMans, Targa Florio and the Nurburgring. The price includes a 10 percent buyer’s premium. 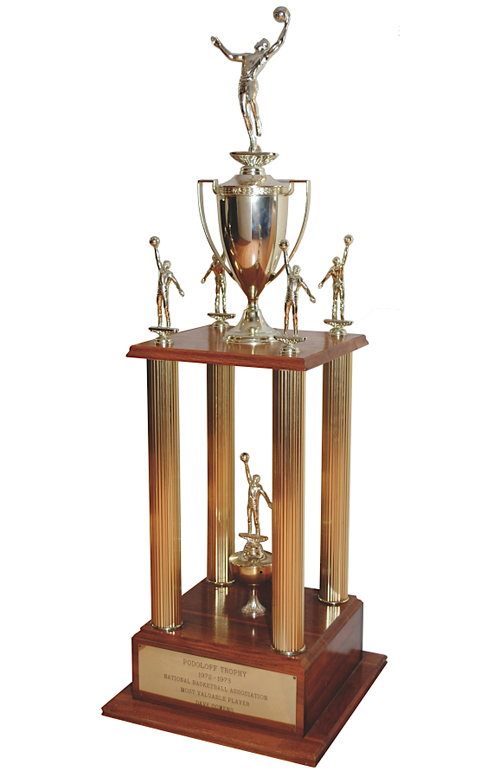 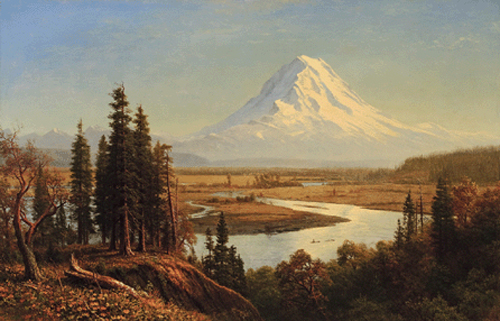 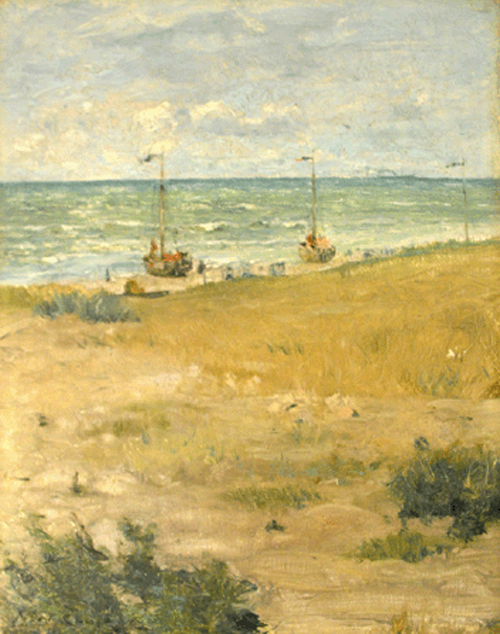 Abeautiful and decorative running curlew carved decoy, executed around 1912 by A. Elmer Crowell, sold for $257,250 at a sale of Decoys and Sporting Art held July 21-22 by Copley Fine Art Auctions in Plymouth, Mass. It is believed to be a new world auction record for a Crowell carving. Also, a miniature Jack curlew, also carved by Crowell, changed hands for $12,650, while an oil on canvas painting of a pheasant hunt by Aiden Lassell Ripley, titled Springers and Pheasants, topped out at $97,750. Prices include a 15 percent buyer’s premium. 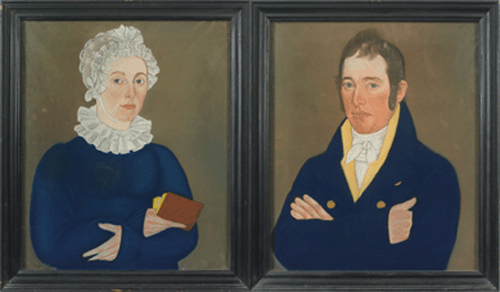 Two pastel on paper portraits by Micah Williams, done circa 1820 and depicting Mr. and Mrs. Smalley of New Jersey, in the original frames, sold for $129,800 at an Americana Auction held Aug. 5-7 by Northeast Auctions in Manchester, N.H. Also, a late 19th-century carved and painted carousel figure of a giraffe, attributed to Daniel Muller (Dentzel Co., Philadelphia), brought $101,480; and a 19th-century hooked rug depicting a central star with a horse and flowers, 25 3/4 inches by 71 1/2 inches, hit $73,160. Prices include an 18 percent buyer’s premium. 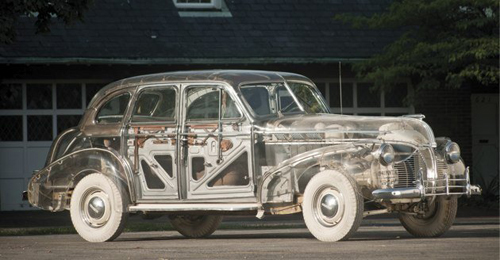 A1939 Pontiac DeLuxe Six “Ghost Car”—the first transparent car ever built in America—sold for $308,000 at a Specialty Vehicles Auction held July 30 by RM Auctions in Plymouth, Mich. The vehicle—a collaboration between General Motors and Rohm & Haas, the chemical company that made the Plexiglas body – was first displayed at the New York World’s Fair and later the Smithsonian Institution. It had fewer than 100 miles on the odometer. The top lot of the sale was a 1932 Packard convertible once owned by singer Al Jolson ($1.1 million). 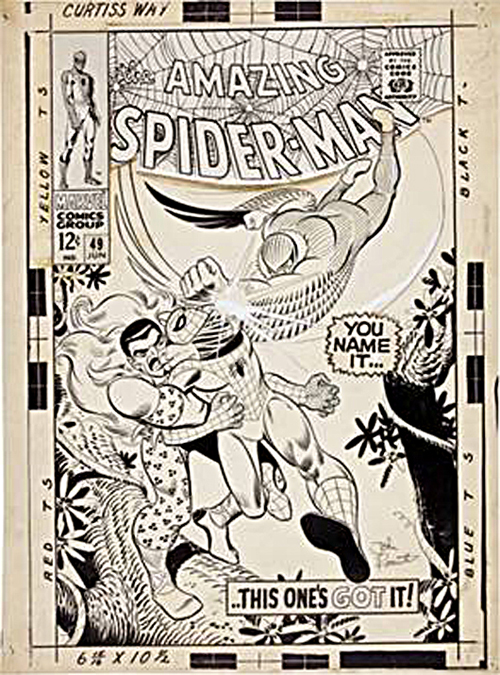 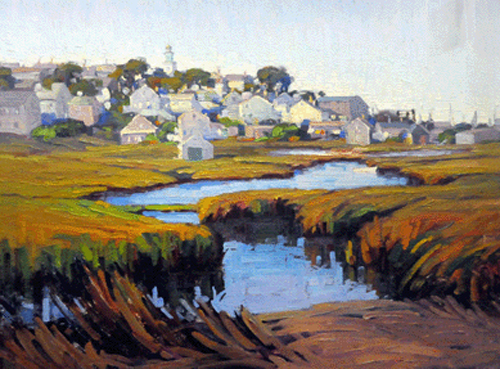 An original painting by Anne Ramsdell Congdon, titled Goose Pond From Poverty Point, sold for $31,900 at a Summer Auction held Aug. 6 by Rafael Osona Auctions in Nantucket, Mass. Also, a rare 2-gallon batter jug by Cowden & Wilcox rose to $29,000; a scarce pair of G. & J. Cary’s New Terrestrial globes changed hands for $27,840; a nest of twin Nantucket baskets by the contemporary basket maker Michael Kane, circa 1985, made $12,760; and a whalebone and whale ivory swift on a stand hit $26,480. Prices include a 16 percent buyer’s premium. 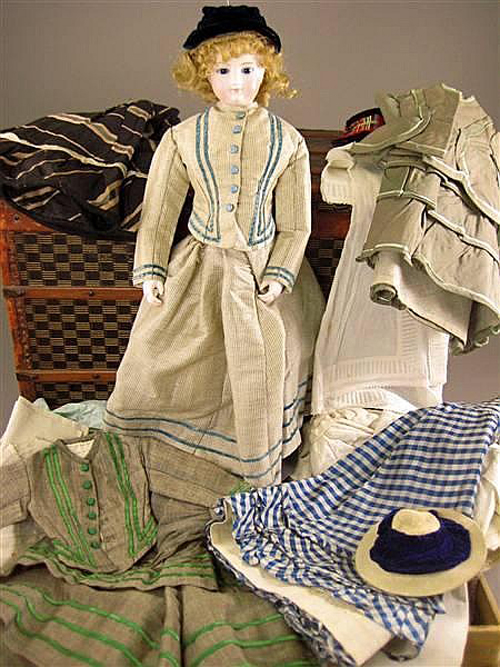