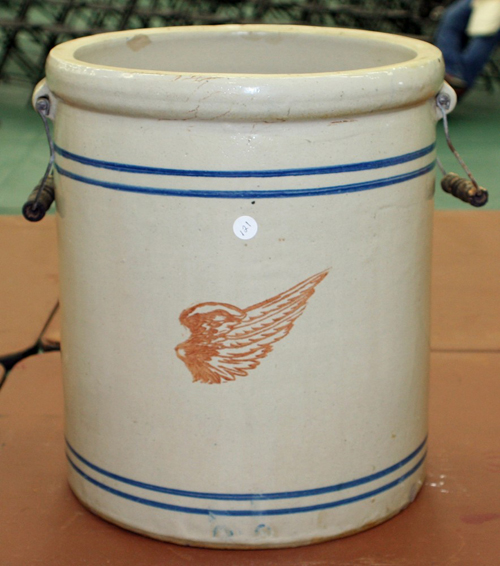 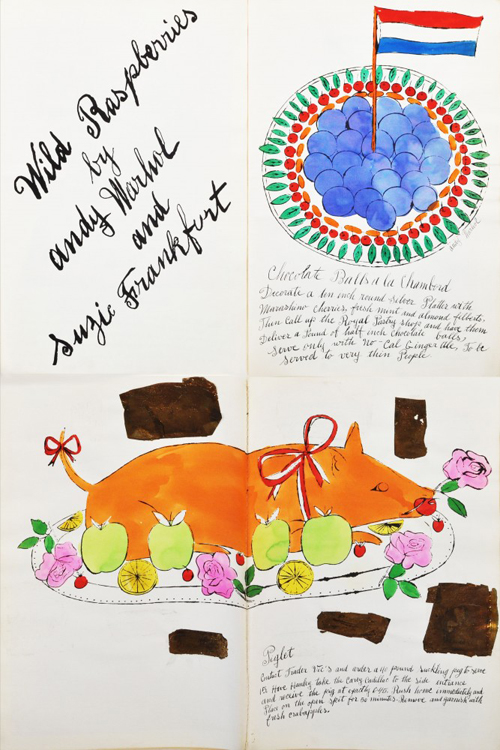 Andy Warhol’s Wild Raspberries – a hand-colored folio of 18 lithographs created in 1959 and signed by the artist – sold for $25,830 at a  Fine Estates Auction held June 9 by Woodbury Auction in Woodbury, Conn. Also, a 14-piece Venetian desk set went for $6,450; a framed Tibetan Thangka, circa 19th-20th century, depicting a central blue deity surrounded by smaller deities, garnered $4,500; and an English sterling silver tankard, made in 1839 by Richard Pearce and George Burrows, made $3,480. Prices include a 17 percent buyer’s premium. 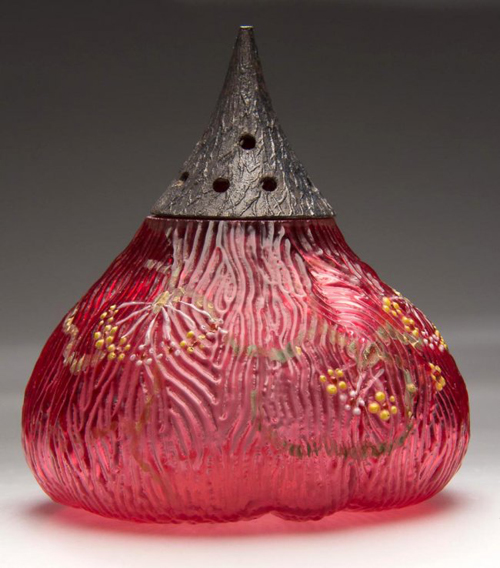 A late 19th century Mount Washington Glass Company fig or beet sugar shaker, in cased cranberry with polychrome floral decoration, just under 4 inches high, sold for $3,335 at a sale of salt, pepper and sugar shakers held July 27 by Jeffrey S. Evans & Associates, based in Mount Crawford, Va. The auction was held in conjunction with the annual meeting of the American Glass Salt & Sugar Shaker Collectors in nearby Harrisonburg, Va. Also, a Findlay Onyx sugar shaker done in deep butterscotch with amber flowers hit $2,990. Prices include a 15 percent buyer’s premium. 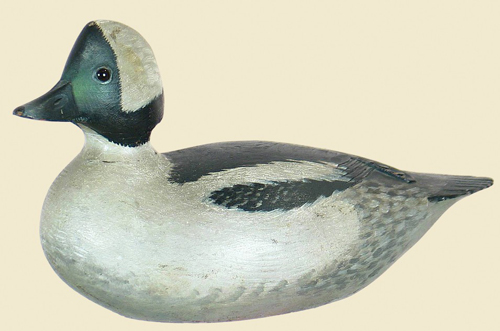 An early bufflehead drake decoy, made circa 1910-1912 by the renowned Massachusetts carver A. E. “Elmer” Crowell (1862-1952), sold for $207,000 at a Summer Decoy Auction held July 28-29 by Decoys Unlimited Inc., based in West Barnstable, Mass. The auction was held on Cape Cod in conjunction with the annual Swap & Sell event. Also, Crowell’s life-size decorative carving of a black-bellied plover with outstanding original paint made $40,250. Prices include a 15 percent buyer’s premium.

A Chinese carved jade buckle in the form of a dragon, circa late 19th or early 20th century, sold for $7,475 at a variety sale held Aug. 24 by Jeffrey S. Evans. Also, a late 19th century wooden box made to hold a Magician mechanical bank, by J. & E. Stevens, brought $6,900; an occupational shaving mug painted with a male gymnast on a horizontal bar, marked for Limoges, France, realized $4,312; and an 1846 Philadelphia Circus lithograph print, for Madame Macarte, went for $2,645. Prices include a 15 percent buyer’s premium. 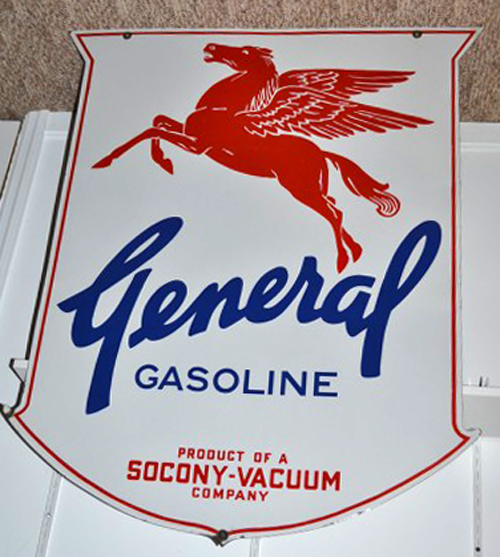 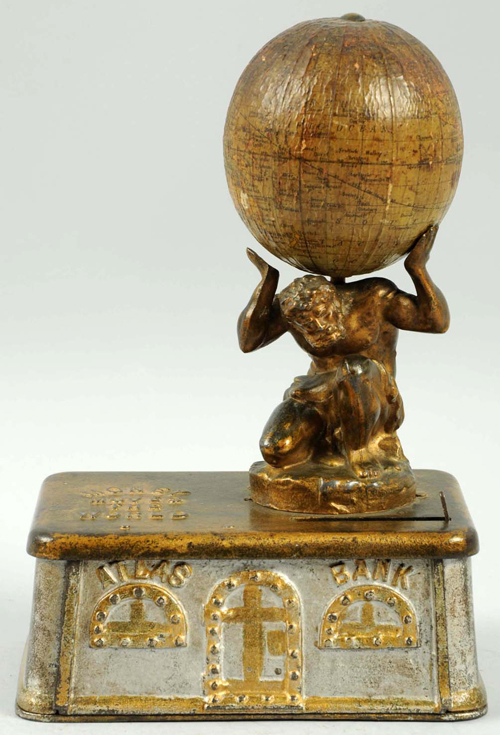 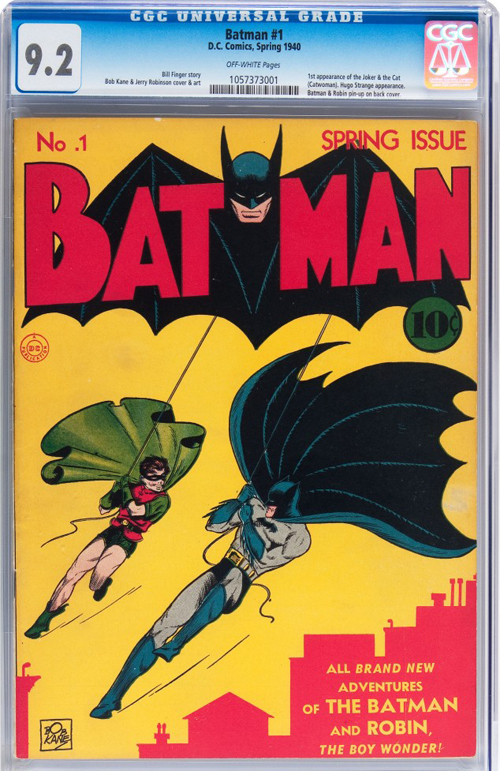 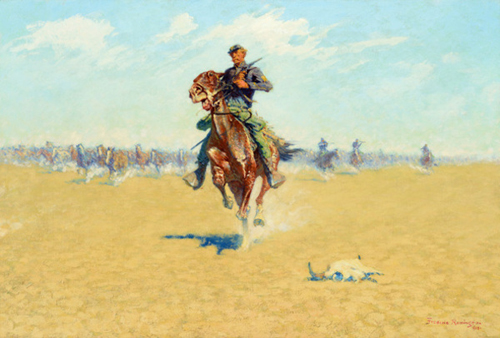 Karl, a Model 107 doll from the Kammer & Reinhardt art character series, sold for $40,000 at an auction held July 28 at the Willard Hotel in Washington, D.C., by Theriault’s, based in Annapolis, Md. Also, a wooden doll in original costume with 1827-dated leather satchel and woven market basket, on a base inscribed “Schwaben,” brought $12,500; a mustached gentleman poupee went for $7,000 and his lady companion fetched $10,000; and a mid-18th century poured wax lady and her maid, both in costume, hit $3,600. Prices quoted are hammer. 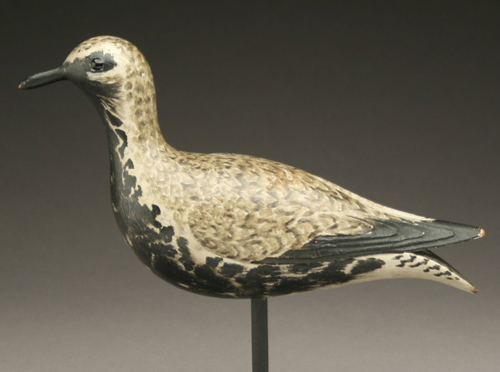 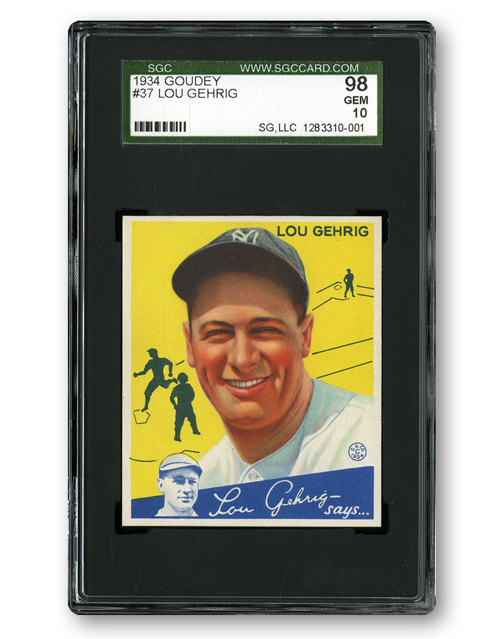 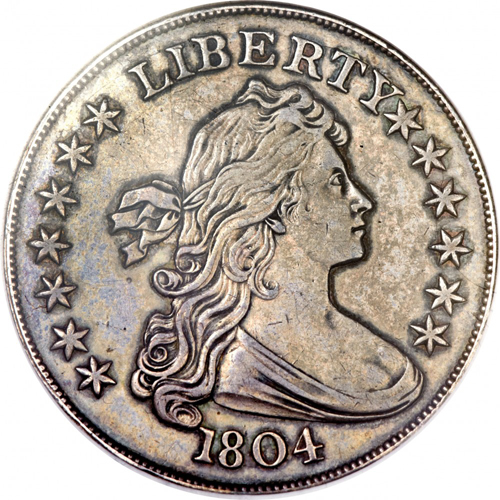 An 1804-dated U.S. silver dollar that was actually made in 1834 or 1835 sold for $3.88 million at a Platinum Night & U.S. Coins Auction held Aug. 9 in Chicago by Heritage Galleries. The dollar coin was made specially for President Andrew Jackson and was intended to be given as a diplomatic gift on Jackson’s behalf by State Department representatives on trade missions to the Middle East and Asia. It’s one of only eight known. Neither the buyer nor the seller’s names were disclosed. The price includes a 17.5 percent buyer’s premium. 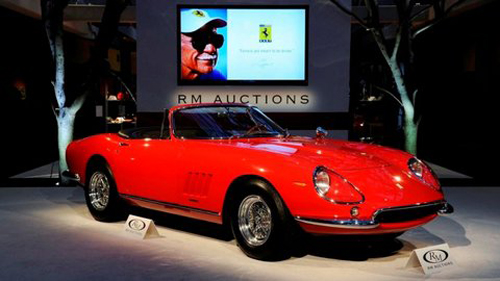 A red 1967 Ferrari 275 GTB/4 Spider sports car sold for $27.5 million at an auction held Aug. 17-18 by RM Auctions in Monterey, Calif. It was the second most expensive car ever sold at auction and the most expensive Ferrari ever to cross the block. The car, one of 10 special North American Racing Team convertibles, carried an estimate of $14-$17 million. Also, a 1928 Mercedes-Benz, 680S Torpedo Roadster, last year’s Best of Show winner at the Pebble Beach Concours d’Elegance sped off for $8.25 million. Prices include the buyer’s premium. 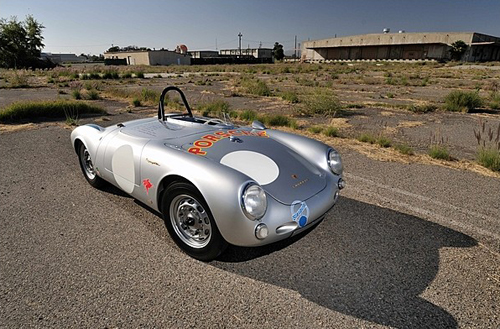 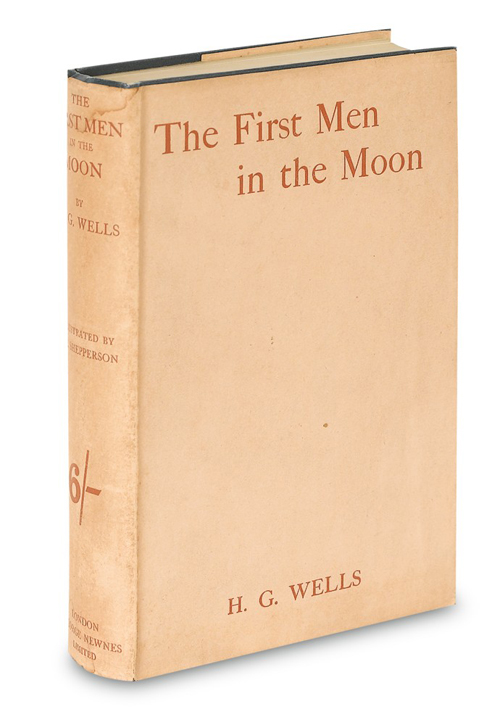 A first English edition copy of H.G. Wells’s The First Men in the Moon sold for $26,400 at a sale of 19th & 20th century literature held June 20 by Swann Auction Galleries in New York City. Also, a first edition copy of Sir Arthur Conan Doyle’s The Lost World realized $22,800; a copy of George Orwell’s first novel, Burmese Days, brought $16,800; a copy of the Pulitzer Prize-winning novel Lamb in His Bosom by Caroline Miller went for $6,000; and a first edition copy of Dashiell Hammett’s The Maltese Falcon hit $26,400. Prices include a 20 percent buyer’s premium. 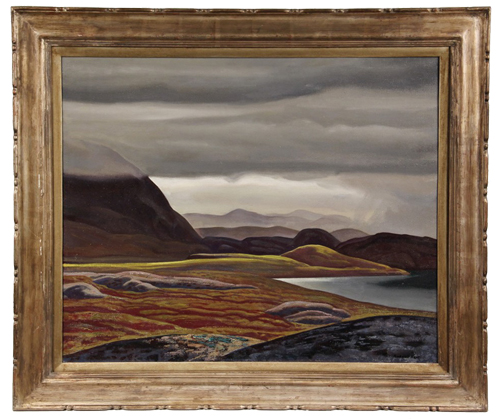 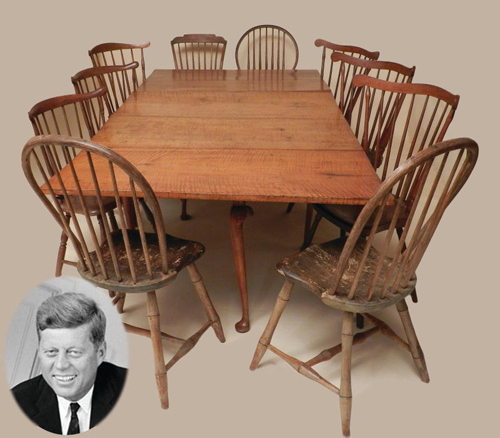