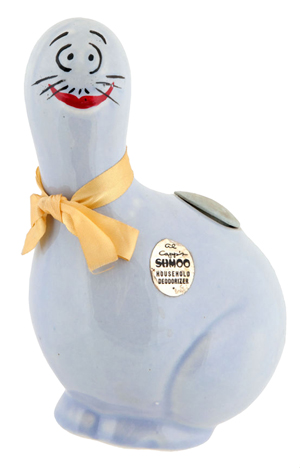 BEACHWOOD, Ohio – Remember the Shmoo? It started one of the biggest assortment of collectibles in the 20th century. The animal was first seen in a L’il Abner comic strip in August 1946, and it became a sensation.

Al Capp, the artist, had invented an animal that laid eggs and glass bottles of milk, tasted like whatever you liked to eat and purposely died when someone seemed hungry. Its button eyes made terrific suspender buttons, and its skin could be used for leather or lumber. They gave rides, played with children and were so amusing people stopped watching television. They multiplied quickly so there was always a good supply, and they needed no food, just air. A Shmoo was shaped like a large upside-down comma with feet, but had no ears, arms or nose.

The Shmoo became a collecting sensation in the 1940s and ’50s. There were dolls, toys, planters, sheet music, wallpaper, clothing, books, jewelry, clocks, salt-and-pepper sets, banks and even air fresheners and earmuffs. All are collected today. But while they were lovable and wanted only to bring happiness, Shmoon (the plural of Shmoo) brought misery to the comic-strip people of Dogpatch. Because there was no need to work, society changed. Grocery and meat stores closed, and the owners organized squads to kill the Shmoon until they were thought to be extinct. But they managed to come back in later comic strips. And collectors search for them today.

Q: Grand Rapids Desk Co. made our mahogany rolltop desk. It is 46 inches tall, 40 inches wide and 28 inches deep. We were told when we bought it that it had been used at the old Angus Hotel in St. Paul, Minn. What can you tell me about the desk and its value?

A: The Grand Rapids Desk Co. was in business in Grand Rapids, Mich., from 1893 to 1898. The company moved to Muskegon, Mich., in 1898 following a fire at the Grand Rapids factory, but it kept the same corporate name. If the company mark on your desk reads “Muskegon,” the desk was made after 1898. Grand Rapids Desk Co. manufactured desks and other office furniture in mahogany and oak. Many were sold to hotels in the Midwest. From 1911 to 1971, the Angus Hotel occupied a Victorian apartment building built in 1887 at the corner of Selby and Western avenues just west of downtown St. Paul. The fact that your desk may have been used at the hotel probably does not increase its value, except to a St. Paul collector. But high-quality antique rolltop desks like those made by the Grand Rapids Desk Co. are valuable. One auctioned for $1,400 a few years ago.

Q: I have an old wooden crank-type wall telephone handed down in our family. The nameplate on it says: “B-R Electric & Telephone Mfg. Company, Manufacturers of the Celebrated K-C Telephone, Kansas City, Mo., Portland, Oregon.” Please tell me something about this company.

Q: I have a bell imprinted “MS Bremen 1911.” It looks like it’s made of brass. It has a hanger and a clanger. I cannot find any information about this on the Internet. Is this worth much?

A: The MS Bremen was a ship owned by North German Lloyd Steamship Co. The initial “MS” indicates it was a motor ship and had an internal combustion engine. It was launched in 1896 and made trips from Bremen, Germany, to New York and from Bremen to Australia beginning in 1897. Her last trip to Australia was in 1911. The date on your bell may commemorate that voyage, but it was made much later. After World War I, the ship belonged to a British company. It was sold again and renamed twice before being scrapped in 1929. Reproductions of this bell have been made. Often it is mounted with an anchor-shape bracket so it can be hung on a wall. We have seen examples of this bell selling in the United Kingdom for about $20 to $40.

Q: My antique flow-blue platter belonged to my great-grandmother. She brought it to America from Germany in the 1860s. The Oriental pattern includes two houses and other buildings, two figures and two large birds flying above the treetops. The printed mark on the underside of the eight-sided platter is a phoenix bird above the words “Chusan” and “J. Clementson.” The word “Clementson” also is impressed. Please tell me history and value.

A: Your platter was made in England by Joseph Clementson and possibly dates from as early as the 1840s. Clementson operated his pottery at the Phoenix Works in Shelton, Hanley, in the famous Staffordshire District from about 1839 to 1864, but the phoenix bird mark was introduced in the 1840s. Several English manufacturers of flow-blue china (patterns with deliberately blurry blue designs) made Oriental patterns named “Chusan,” but the designs are not identical. Your platter, if in excellent condition, would sell for $150 to $200.

Tip: Some vintage and antique dishes have overglaze decorations that will eventually wear off. All gold trim is overglaze and could even wipe off a plate hot from the dishwasher.

Available now. The best book to own if you want to buy or sell or collect –and if you order now, you’ll receive a copy with the author’s autograph. The new Kovels’ Antiques & Collectibles Price Guide, 2013, 45th edition, is your most accurate source for current prices. This large-size paperback has more than 2,500 color photographs and 40,000 up-to-date prices for more than 775 categories of antiques and collectibles. You’ll also find hundreds of factory histories and marks, a report on the record prices of the year, plus helpful sidebars and tips about buying, selling, collecting and preserving your treasures. Available online at Kovelsonlinestore.com; by phone at 800-303-1996; at your bookstore or send $27.95 plus $4.95 postage to Price Book, Box 22900, Beachwood, OH 44122. 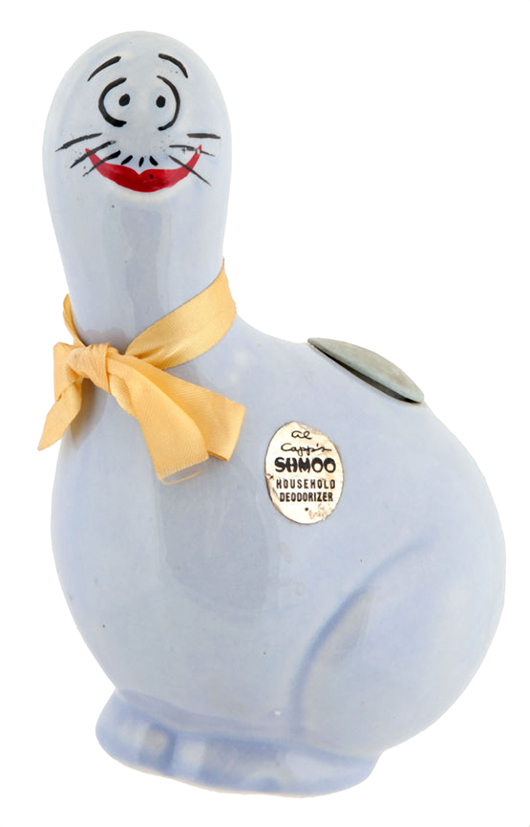