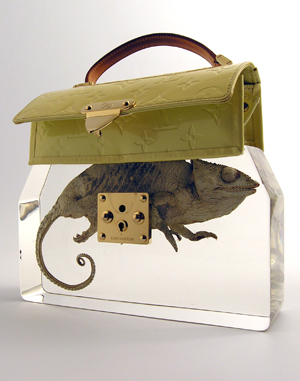 The boundaries separating art from craft, or more specifically craft from sculpture, have always been vague and ill-defined. A lot of contemporary sculpture calls on refined craft skills, while much contemporary craft aspires to the condition of sculpture – and is often made by sculptors working on a small scale. These interesting exchanges and common concerns make contemporary craft a particularly rich and rewarding field for discerning collectors.

The UK’s Crafts Council identified this in 2004 when it launched COLLECT, the annual fair for contemporary craft. The fair gives collectors an opportunity to extend their reach into relatively small-scale objects that might be functional, sculptural, decorative or wildly innovative in terms of materials and forms.

This year, COLLECT returns to the Saatchi Gallery on London’s King’s Road where 36 galleries and 300 artists from around the world will be showing their latest creations May 14-17.

Craft’s tendency to change, chameleon-like, into contemporary art, is nowhere more vividly demonstrated than in Ted Noten’s Grandma’s Bag Revisited of 2009. Essentially a Louis Vuitton handbag incorporating a chameleon suspended in clear acrylic, the work puns on the traditional use of reptile skins in fashion accessories while hinting at the interface between art, craft and shopping.

At its best, contemporary craft draws attention to those everyday objects we take for granted, subverting conventional forms and functions to create new objects that confound and delight. Wiebke Meurer’s Tableware and Cutlery has a strange, dream-like quality, like a rococo prop from a Tim Burton movie, while Heidi Bjørgan’s Pink Jug of 2007 stretches ‘jugness’ to its limits, its bird handle seemingly attached only by a red rubber band. 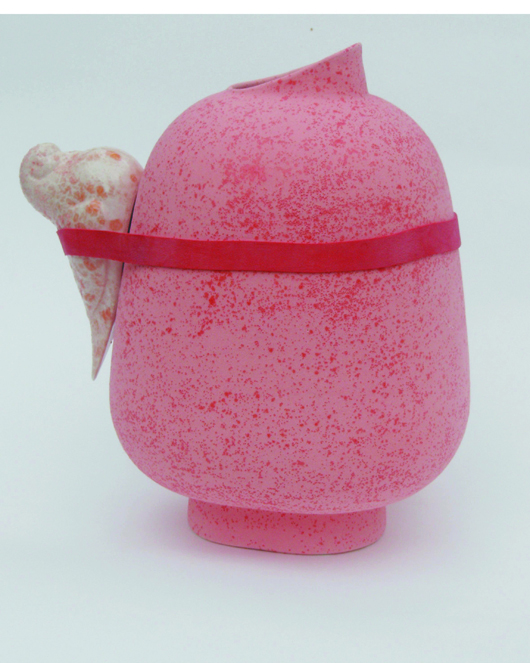 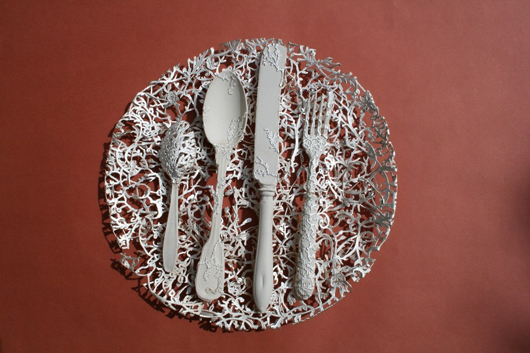 This year’s fair also includes the COLLECT Trail, in which eight featured contemporary craft practitioners will create displays inside the premises of selected retailers in and around South Kensington and Sloane Square shopping district. Highlights here will include Shauna Richardson’s life-size crocheted baboons at Taschen, Rah Rivers’ metre-high mosaic tree in Cath Kidston’s shop window, and Lucy Fergus’s wrapped street furniture in Duke of York Square in front of the Saatchi Gallery.

Once the May 6 General Election is out of the way and a new government installed, attentions here in the UK will begin turning toward the football World Cup in South Africa, which begins in mid-June. On that theme, Christie’s has assembled an impressive selection of vintage World Cup posters for a vintage posters sale at South Kensington May 13.

The World Cup has become a treasured occasion when friends and family assemble round the television to share in the masochistic pleasure of seeing their national team humiliated in a penalty shootout. A sure way to rub salt into that wound might be to display an original poster from the 1966 World Cup Finals in England when Bobby Moore’s team vanquished West Germany 4-2 to take the title. That event is now such a distant memory that we perhaps need a poster to remind us that it actually happened. The 1966 World Cup poster on offer at Christie’s sale – featuring a stylish design by Carvosso – is estimated at £800-£1,000 ($1,200-$1,500), while an original poster for the first ever FIFA World Cup – a tournament held over 17 days in Uruguay in July 1930 – is not only a rare piece of soccer memorabilia but also an impressive example of Art Deco design. This carries an estimate of £15,000-20,000 ($23,100-$30,800).

And so to the art world. What happens when a dozen contemporary artists are let loose in the grounds of a country house? Magic or mayhem? Next month offers a chance to find out at the second Tatton Park Biennial on May 7.

Tatton Park is a 1,000-acre estate and “Garden of Distinction” located in Cheshire in the Northwest of England. Continuing the currently fashionable trend of inviting contemporary artists to interact with a stately home, the Tatton Park Biennial has been arranged by the National Trust in collaboration with commissioning arts organization Parabola.

Approximately 20 artists will install works exploring the social history of Tatton Park and its grounds and, like most contemporary art events of this kind, it offers a rich blend of the bizarre and the plain barmy. Kate McGwire will fill the house’s kitchen with torrents of feathers sourced locally from species of birds that would once have been cooked at Tatton Park, while Marcia Farquhar’s The Horse is a Noble Animal comprises the artist herself riding a life-size rocking horse across Tatton Park in an exploration of the role of the horse in the English psyche. Meanwhile, Neville Gabie’s A Weight of Ice Carried from the North for You will take 2 tons of ice from the Arctic to Tatton Park where “it will be housed in a glass structure developed with the Renewable Energy Research Department at Southampton University, ensuring the ice is kept frozen using solar power and pond water.” Gabie promises the work will be “blogged, tweeted and fully documented from first glance in the Arctic to last embrace at Tatton.” 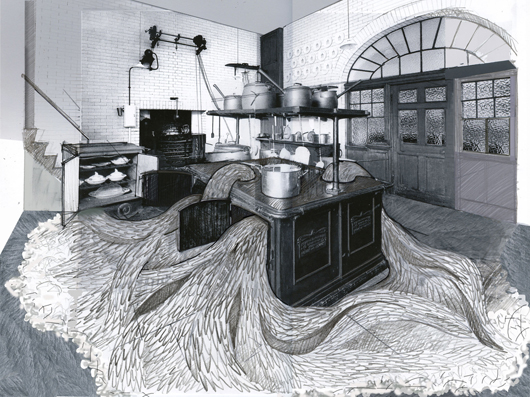 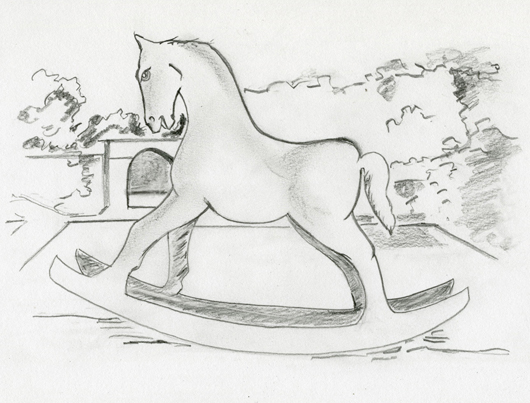 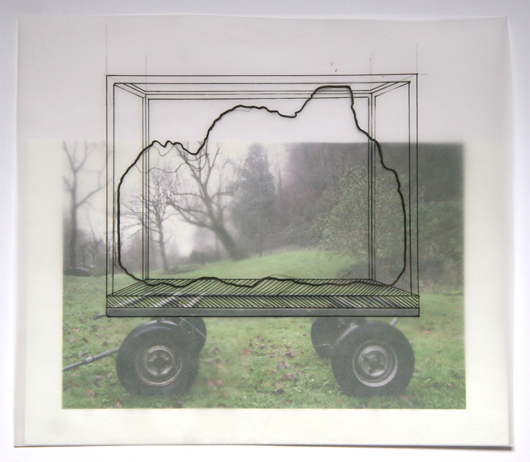 Sadly the high-living party-girl, actress and film star Jessie Matthews (1907-1981) – aka “The Diva of Debauchery” – had no tweeters or Facebook friends with whom to share her sybaritic lifestyle back in the 1930s. It would have been worth reading about for Jessie, one of 11 children born to a London fruit and vegetable trader, headed to New York at age 16 to work as a chorus girl. Returning to the UK three years later she became one of the most celebrated stars of the West End stage and ultimately Britain’s first international movie star. Her salacious lifestyle led one disapproving divorce court judge to dub her “a person of odious mind.”

A portrait of Matthews by Thomas Cantrell Dugdale, showing the actress at the height of her fame, but looking as if butter wouldn’t melt in her mouth, was sold March 24 at Woolley & Wallis’s Salisbury rooms where it made £5,600 ($8,600). It had been offered to the Tate, which politely turned it down. 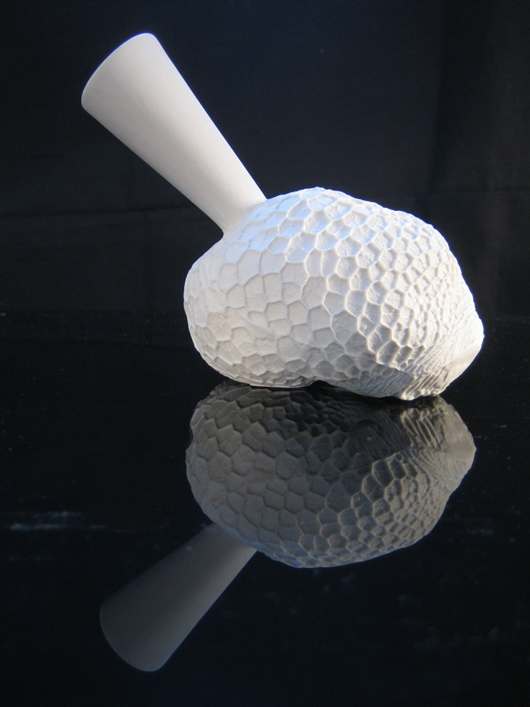 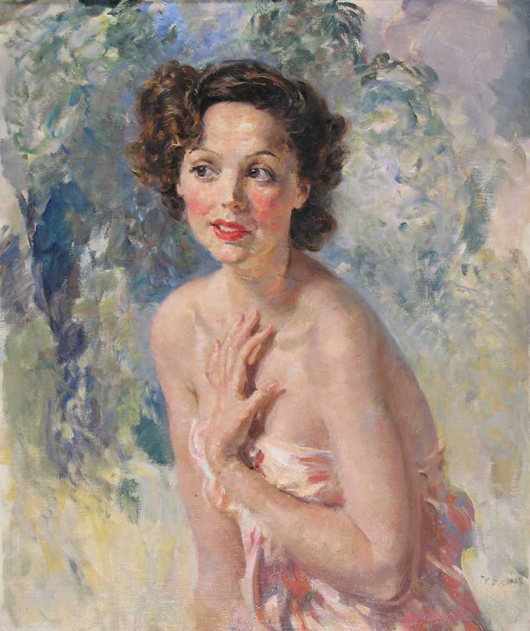 This portrait of 1930s actress and film star Jessie Matthews by Thomas Cantrell Dugdale fetched £5,600 ($8,600) at Woolley & Wallis in Salisbury on March 24.