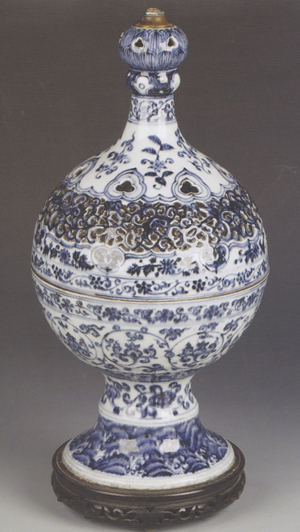 This Chinese blue and white vase, based on an Islamic metal prototype, is one of the highlights of Duke’s sale of Asian art in Dorchester on May 10. Image courtesy of Duke’s.

LONDON – The extent to which the UK’s more go-ahead provincial auction houses are making inroads into the business of London auctioneers is becoming ever more apparent. As the London rooms continue to raise the minimum values beneath which they will not accept goods for sale, preferring instead to concentrate on the ‘blue-chip’ end of the market, so ambitious country firms are stepping in to grasp profitable business. Nor are these consignments “crumbs from the master’s table,” but are often high-value objects whose owners have identified the multiple benefits of choosing country firms over their London equivalents.

The list of big-thinking country salerooms is now familiar and includes, amongst others, East Sussex auction house Gorringes, West Country firms Duke’s of Dorchester and Woolley and Walis in Salisbury and, further north, Tennants of Leyburn, North Yorkshire.

Over the past five years, Duke’s have made significant inroads into markets that would previously have been dominated by the London rooms. Their expertise in Asian material has proved particularly profitable and this coming month sees them building on that reputation. Their 10 May sale of Asian art includes yet further consignments of Qing Dynasty porcelain and white jade, early bronzes and other examples of the kind of works sought by newly-wealthy Chinese mainland collectors. Like most of the Asian consignments that have come under Duke’s hammer in the last year or two, the works in the May sale are mainly from private collections and are thus appealingly fresh to market. One consignment in the May sale is provenanced to the Laird of Invercauld in the distant highlands of North East Scotland. 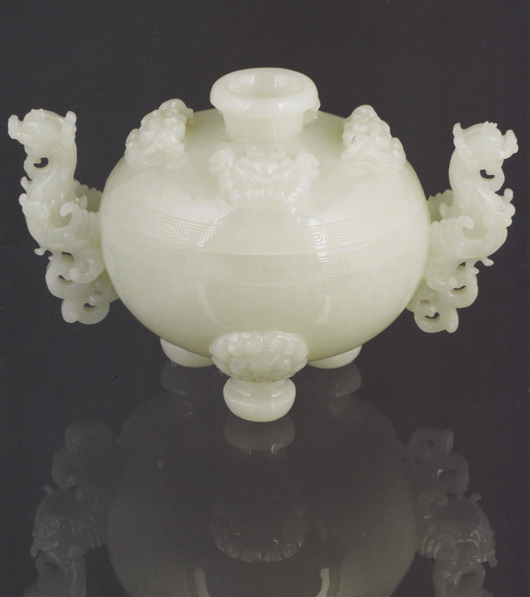 A Chinese white jade censer carved with buddhistic lion masks that is among the more significant lots under the hammer of Duke’s in Dorchester on May 10. Image courtesy of Duke’s. 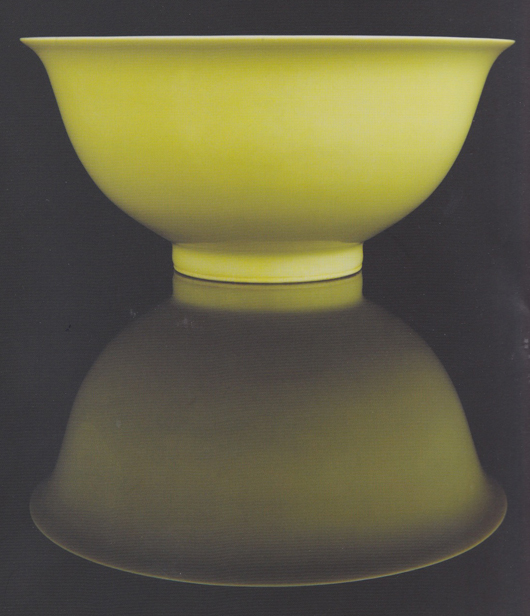 Dorchester auction house Duke’s will offer this Qing Dynasty lemon-yellow glazed bowl at their sale of Asian art on May 10. Image courtesy of Duke’s.

All these lots are “Estimate on Request’ — invariably an indication of high hopes. Like many auctions of Asian material these days, the more important lots at the sale are not available for online bidding. Clearly the ever more global art market continues to present a few problems for auctioneers in terms of potential non-payment.

Another benefit country auction houses enjoy over their London counterparts is their ability to market objects of regional significance to local people. West Yorkshire auctioneers Hartleys of Ilkley witnessed unexpected levels of interest in an oil painting by Kenneth ‘Ken’ Jackson (1920-2006) at their April sale. This was a realistically rendered scene depicting the filming on location of the classic 1970 movie The Railway Children, starring Jenny Agutter. 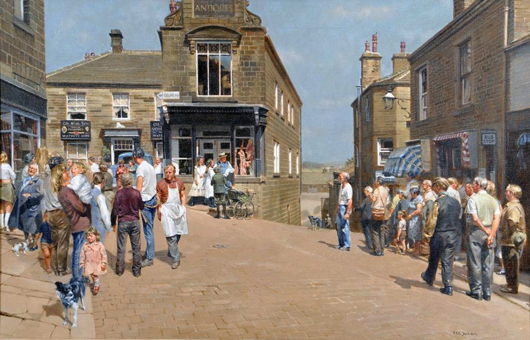 West Yorkshire auctioneers Hartleys of Ilkley were bid a double-estimate £10,500 ($17,100) for this oil by Kenneth Jackson showing the location shooting of the 1970 film The Railway Children. Image courtesy Hartleys.

The painting showed the main street in the Yorkshire village of Haworth, with a group of local people watching the actors awaiting direction. The figure at the centre of the composition bears a strong resemblance to the actor Lionel Jeffries, who made his directorial debut on The Railway Children. Estimated at £3,000-5,000 ($4,880-$8,100), the painting drew a winning bid of £10,500 ($17,100). Hartleys tell us that some 850 limited edition prints were produced from Jackson’s painting, most of which are in local collections. Hardly surprising, then, that the original was so fiercely contested.

Meanwhile, a few miles up the road in Leyburn, North Yorkshire auctioneers Tennants have just seen a lively response to a slightly earlier but no less fascinating example of English social history. Their sale this weekend included a white cotton nightshirt and long-johns made for Frederick Kempster (1889-1918), who was popularly known as ‘The Blackburn Giant’ on account of his extraordinary height. 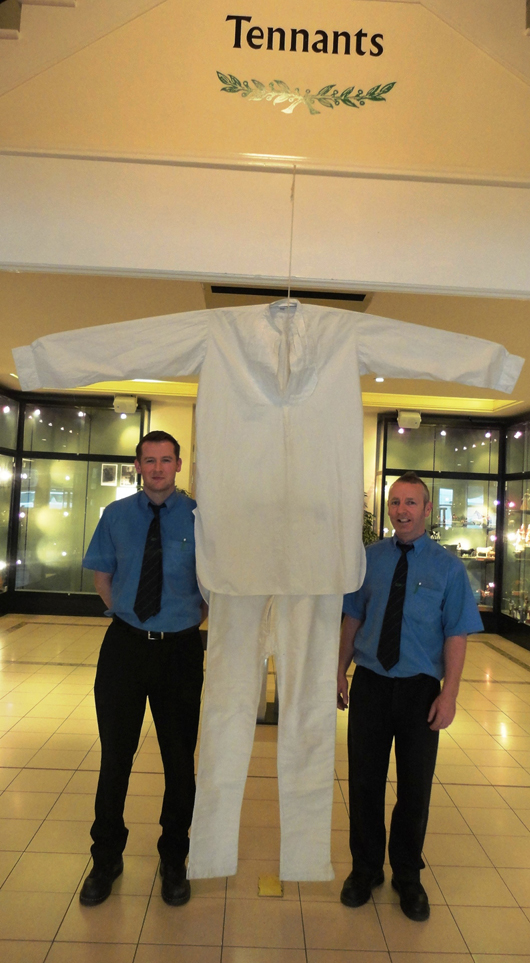 Dwarfing even the tall saleroom porters at Tennants in North Yorkshire, this cotton nightshirt and long johns made for Frederick Kempster (1889-1918), one of the tallest men in England at 8ft 4in, fetched £550 ($895) on April 28.

Kempster is reported to have stood around 8ft tall, which led to him forging a career as a circus showman around the turn of the century. It is not clear who offered the winning bid of £550 ($895), but one hopes it was a Lancashire museum. A real Lancastrian giant’s pyjamas would be sure to draw gasps of delight from local school children.

So much for tall tales from the auction circuit. Staying momentarily in the countryside, May sees the opening of “the definitive” exhibition of eighteenth-century English Windsor chairs at West Wycombe Park, a National Trust property in Buckinghamshire.

Curated by Windsor chair specialists Michael Harding-Hill and Robert Parrott of the Regional Furniture Society, the exhibition, which runs from 6 to 31 May, draws on private and public collections to assemble 35 extraordinary examples of one of the oldest and best loved English chair types. 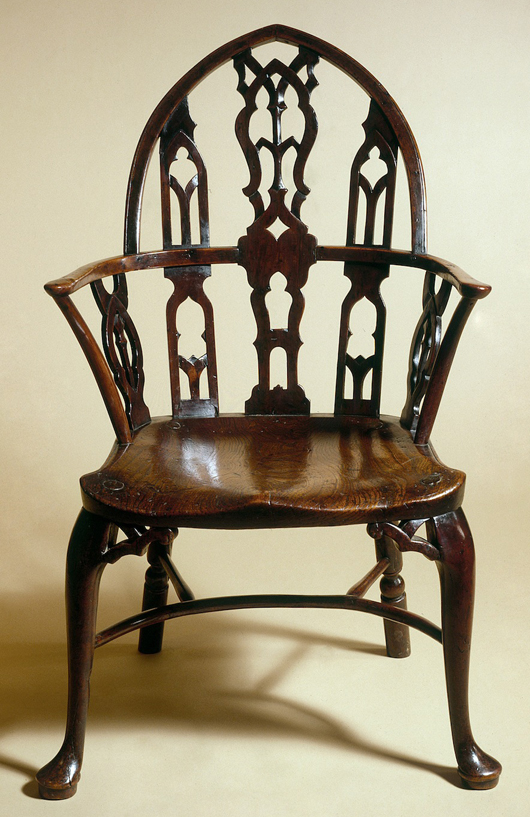 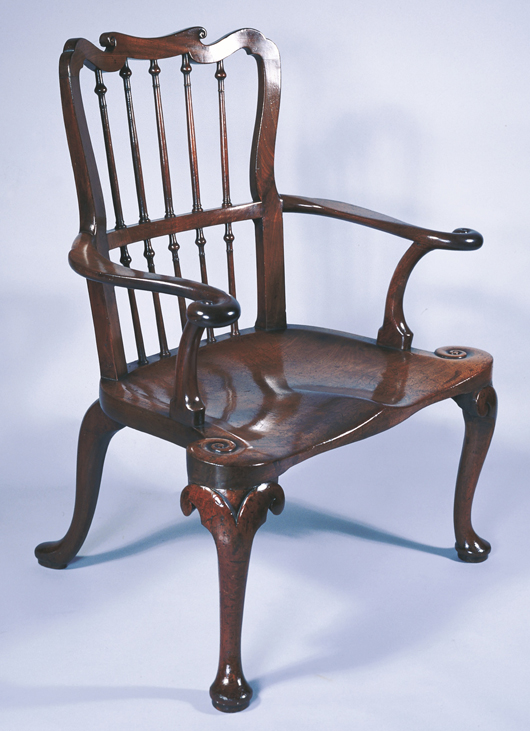 The area around High Wycombe has been synonymous with the making of Windsor chairs since the late eighteenth century, although the term itself dates from 1720 when the style was also referred to as the ‘Forest’ chair on account of its use outdoors. Lord Percival of Beaconsfield, Buckinghamshire reported in 1724 that so numerous were the paths and walks on his estate that “My wife was carry’d in a Windsor chair like those at Versailles.” Nowadays she’d probably use a golf buggy.

Turning from furniture to fine art, Bonhams offer us a reminder this month of the continuing globalisation of the art market as they assemble another sale of African contemporary art. ‘Africa Now’ on 23 May includes one or two fine examples of the work of respected Ghanaian contemporary artist El Anatsui whose work is now encountered everywhere from the British Museum to the European Fine Art Fair in Maastricht. The sale includes New World Map — one of El Anatsui’s extraordinary wall hangings constructed from discarded aluminium bottle caps and copper wire.

which is forecast to make between £60,000-80,000 ($97,500-$130,100). One of a number of examples of Enwonwu’s work in the sale, it will be interesting to see if this builds on the high prices attained at Bonhams last outing of African art, which set a new auction record for Enwonwu’s work.

Returning to British contemporary art, May sees the opening of a new exhibition of work by Bridget Riley, 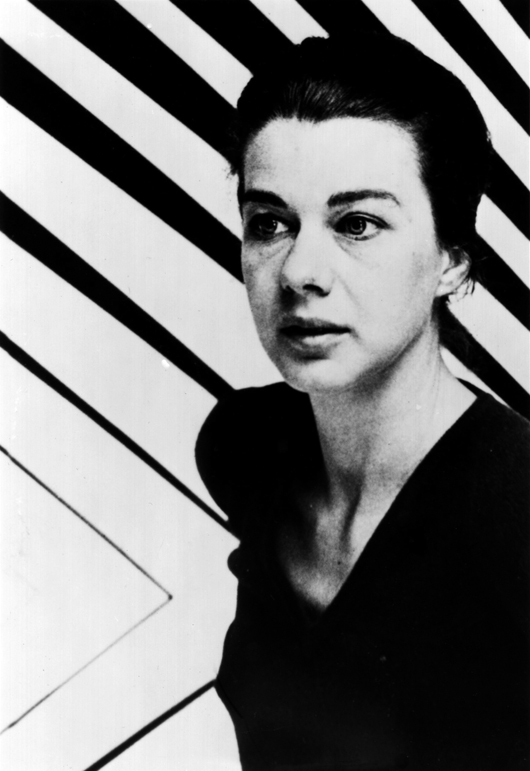 best known for her role in the 1960s movement broadly known as Op Art. Riley’s new two-part exhibition, which is to be staged at Hazlitt Holland and Hibbert in Bury Street, Mayfair and simultaneously at Karsten Schubert’s gallery in Lower John Street, Soho (from 23 May to 13 July) marks a full fifty years since her first commercial exhibition at Gallery One in Soho in 1962. The exhibitions are devoted to Riley’s hugely popular eye-popping canvases in black and white which helped establish her international reputation. 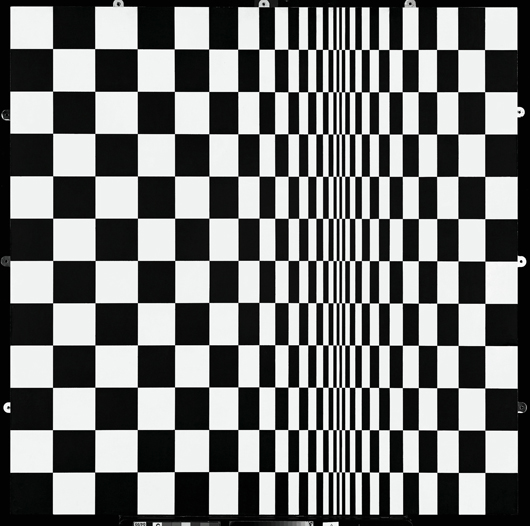 Bridget Riley, Movement in Squares, 1961. Emulsion on board. To be included in a joint show of Ms Riley’s black and white Op Art paintings opening in London on 23 May. Image © Bridget Riley. All rights reserved. Courtesy Karsten Schubert, London

Finally, one other event likely to prove popular this coming month, particularly given the erratic spring weather in the British Isles in recent weeks, is the exhibition entitled ‘Where the Land Meets the Sea’ at Jerram Gallery, Sherborne, Dorset from 1 to 16 May. The show features new paintings by Caitlin Palmer and Gerry Dudgeon, 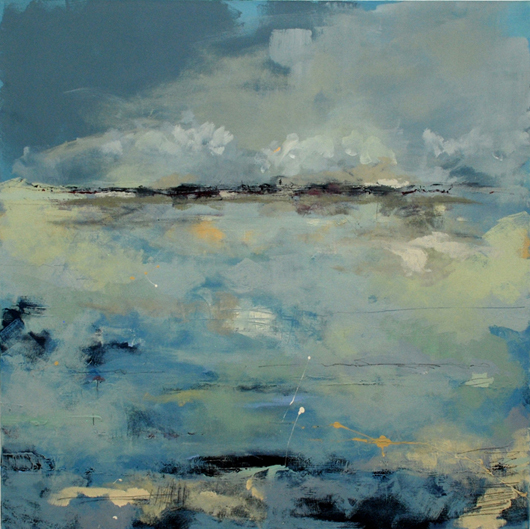 Caitlin Palmer’s landscape in mixed media, entitled White Rock, to be shown in the exhibition ‘Where The Land Meets The Sea’ at Jerram Gallery, Sherbiorne, Dorset from 1 to 16 May. Image courtesy Caitlin Palmer and Jerram Gallery. 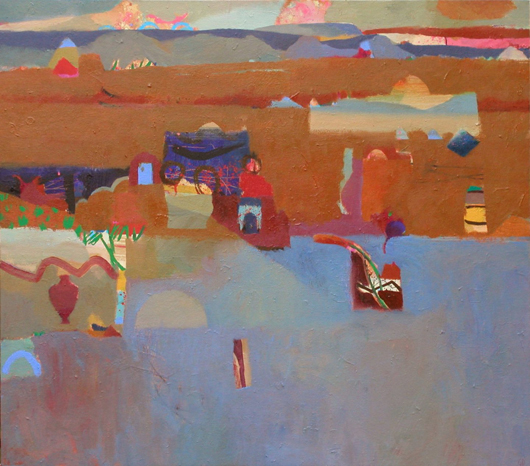 the former revealing a keen eye for the muted blues and greys of coastal scenery under threatening clouds and blustery winds, the latter seeing the Dorset landscape through a warmer palette of decorative patterning. If only the British weather would adopt a warmer palette.

Gallery Report: May 2012
Scroll to top