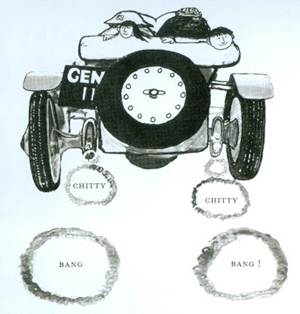 As one London broadsheet dryly noted this week, the art trade was mercifully spared the attentions of looters during the recent riots as rampaging youths targeted box-fresh trainers and flat-screen televisions rather than Old Master paintings or Chinese porcelain.

Most of the London art trade would have been relaxing in warmer climes during the civil unrest and, unlike the politicians, had no reason to abandon their sunbeds to return home. Instead, as they poured the Chianti many dealers will doubtless have reflected on the extent to which Sotheby’s six-month trading figures reveal them to be making ever deeper incursions into non-auction-based private treaty sales — traditionally the stronghold of the trade.

Sotheby’s private transactions more than doubled to $448 million during the first six months of 2011 compared with the equivalent period in 2010. As Skate’s Art Market Research noted, this upswing, together with exotic mechanisms such as guaranteed bids, served to reduce transaction expenses for Sotheby’s clients.

Christie’s may have benefited from similar strategies, although as a privately owned company they do not publish trading figures. They did, however, announce the departure of Ed Dolman, their chairman for the past ten years, who has sailed off to become director of the Qatar Museums Authority.

Meanwhile, as Auction Central News reported last week, the other significant development in the UK’s provincial auction scene this month was the acquisition of Bloomsbury Auctions by the Fine Art Auction Group (FAAG), making the group the fourth largest auction firm in the UK after Sotheby’s Christie’s and Bonhams.

August is always the quietest month in the London trade, so we’re already looking forward to September when the autumn season starts to gather pace. One or two September events already slated include an exhibition of work by John Burningham, one of the UK’s most celebrated illustrators, at the Fleming Collection, 13 Berkeley Street, London W1 from 13 September until 22 December.

Burningham first established himself by producing poster designs for London Transport in the early 1960s. He went on to illustrate a number of children’s books, including the award-winning Borka: the Adventures of a Goose With No Feathers, which won the Kate Greenaway Medal for illustration in 1963. That success led to the commission to illustrate Chitty Chitty Bang Bang, the only children’s book written by Ian Fleming author of the James Bond novels. Fleming was also the grandson of Robert Fleming, founder of Flemings Bank, whose corporate collection provided the foundation for the Fleming Collection. The exhibition of Burningham’s work will include the model he made of the Chitty Chitty Bang Bang car, which he suspended from his studio ceiling while making the illustrations for the novel. A book of Burningham’s work — John Burningham: An Illustrated Journey — is being published to coincide with the show. 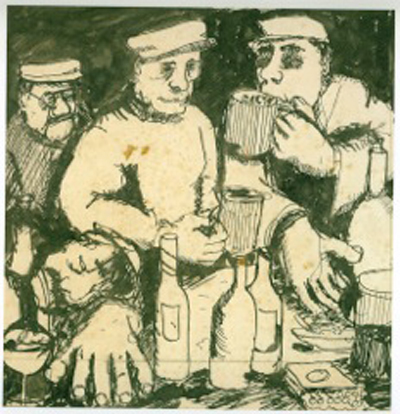 The danger of entering the habitat of nature’s more unpredictable wildlife was made tragically clear earlier this month when a young British explorer was killed by a polar bear on the Norwegian Arctic island of Svalbard. However it is not only explorers who take such risks. The British artists Olly and Suzy have built a career on getting up close and personal with bears, sharks and other dangerous animals. A similar aesthetic impulse drives sculptor Mark Correth and the painter Andrew Stock, whose images of various kinds of exotic wildlife and their habitats go on show at the Jerram Gallery in Sherborne, Dorset in September.

Andrew Stock, Four Gannets, Boreray, St Kilda, watercolour and gouache. On view in a joint exhibition with the work of sculptor Mark Correth at the Jerram Gallery in Dorset from 10 September. Image courtesy of the Jerram Gallery. 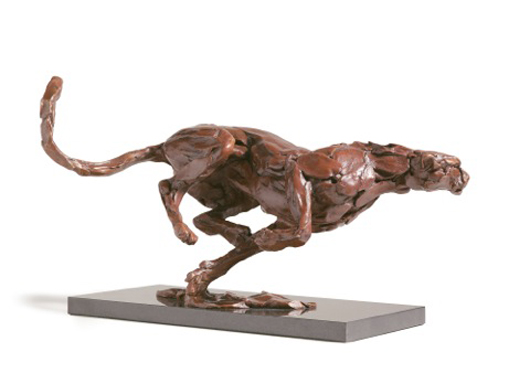 Mark Correth often likes to position himself just feet from the tigers and other big cats he is sculpting, which lends his work a certain energy and immediacy. One hopes collectors appreciate the risks he is taking. Andrew Stock, meanwhile, focuses on the more contemplative aspects of the natural environment, such as early morning sunrise over a coastal scene. The Jerram Gallery joint exhibition reveals the complementary aspects of Correth and Stock’s respective projects and continues from 10 September to 1 October. 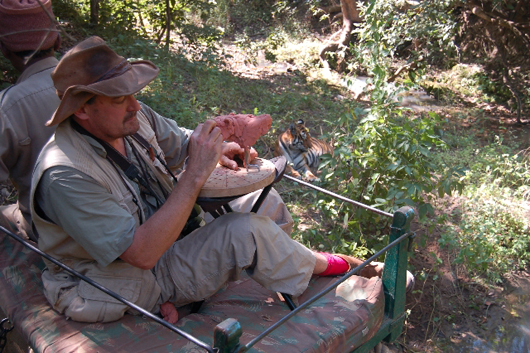 A few months ago we saw one or two Modern British works from the private collection of Roxy Music frontman Brian Ferry on show in a loan exhibition at the the Olympia Fair. Around the same time we glimpsed Rolling Stone Mick Jagger looking perfectly at home rubbing shoulders with standholders at the classy Masterpiece Fair. Now further evidence of the sophisticated art tastes of veteran rock stars comes with the news that David Bowie has loaned a work by Modern British master William Nicholson (1872-1949) to a major exhibition of Nicholson’s landscapes and still lifes at Hazlitt Holland-Hibbert in Bury Street, London SW1 from 5 October to 4 November.

Bowie has loaned a fine landscape, Andalucian Homestead, to the exhibition, which looks set to re-emphasize Nicholson’s already established status as one of the most subtle and technically accomplished of British modernists. Still life compositions such as Rose Lustre and The Silver Casket and Red Leather Box , both of 1920, have a Chardin-like quality unmatched in modern painting, while the small oil on board Snow in the Horseshoe of 1927 reveal him to be equally sensitive to the effects of seasonal weather on the landscape.

William Nicholson, Rose Lustre, 1920, oil on panel, on view at an exhibition of Nicholson’s still lives and landscapes at Hazlitt Holland-Hibbert, London SW1 from 5 October to 4 November. Image courtesy of Holland-Hibbert.

London dealers Hazlitt Holland-Hibbert will be showing an exhibition of landscapes and still lifes by British modernist William Nicholson at their Bury Street gallery from 5 October to 4 November, which will include this work entitled Snow in the Horseshoe of 1927. Image courtesy of Holland-Hibbert.

On the publishing front, National Portrait Gallery director Sandy Nairne has joined hordes of other art world figures by penning a book on art crime. Nairne was a director of the Tate at the time the gallery’s two J.M.W.Turner paintings were stolen from Frankfurt’s Schirn Kunsthalle in 1994. The paintings — Shade and Darkness: The Evening of the Deluge and Light and Colour: The Morning after the Deluge — were recovered in 2002, although not without controversy after the Tate entered complex negotiations with legal intermediaries who had access to those holding the paintings. Nairne has been doing the rounds of the radio stations to promote his book — Art Theft and the Case of the Stolen Turners — and to press home the assertion that the Tate did not pay a ransom for the return of the pictures.

Finally, the Courtauld Gallery has been notching up record visitor figures for its current exhibition ‘Toulouse-Lautrec and Jane Avril: Beyond the Moulin Rouge’, with some 60,000 people visiting the show since it opened on 16 June. The exhibition, which continues until 18 September, charts the relationship between the diminutive French artist Henri de Toulouse-Lautrec and the exotic cabaret dancer, Jane Avril, who became the painter’s close friend and muse.

Most of us are familiar with the posters and other graphic ephemera of the period, but rarely has there been an opportunity to glimpse something of the real social relations between two of the most iconic figures of the Parisian demi-monde of the 1890s. Lautrec’s short stature, and Avril’s nervous twitch set them apart as eccentrics but also drew them together as trusted confidantes, if not lovers. Described as “one of the best small exhibitions of the year”, the Courtauld show attracted almost 4,000 visitors on one day alone in early August, testifying to the public’s enduring fascination with the Bohemian world of fin-de-siècle Paris.