The report, Globalisation and the Art Market, Emerging Economies and the Art Trade in 2008, has been published to coincide with the 2009 fair, which is scheduled to take place in the Maastricht Exhibition and Congress Centre from March 13-22. However, global economic change is now taking place at such an alarming pace that any attempt at forecasting the future of a particular market runs the risk of being out of date by the time it’s published.

The report, prepared for the European Fine Art Foundation by Dr. Clare McAndrew (below), identifies a number of “new and thriving” art centers around the world, including China, India, Russia and the Middle East. According to McAndrew, the emergence of these new global players represents “one of the biggest transformations in the art market over the last five years.” Are those findings still relevant to an art market moving ever deeper into recession? 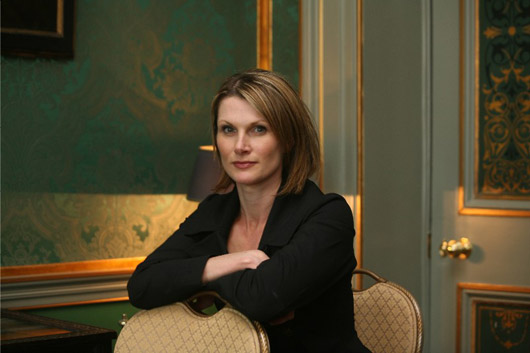 Dr. Clare McAndrew is author of ‘The International Art Market, A Survey of Europe in a Global Context,’ published to coincide with the 2009 TEFAF fair in Maastricht. Image courtesy TEFAF.

The report was compiled in 2007-08, but much has happened since then, not least the global economic meltdown brought on by the credit crunch. Thus while the report specifically highlights Dubai as “the leading art market center in the Middle East with 2007 sales of about 150 million euros,” the London Guardian newspaper this weekend reported that Dubai’s banks have stopped lending and its stock exchange has plunged 70 percent, while “the real estate bubble that propelled the frenetic expansion of Dubai on the back of borrowed cash and speculative investment has burst.”

There now seems to be genreal agreement that the recent art market boom now coming to such an abrupt end was fueled by the same frenzy of overborrowing and speculation that turned Dubai into a billionaire’s playground.

The extent of the correction now underway in the art market was made dramatically clear last week at the London auctions of Impressionist and Modern art, where totals were down 75 percent on equivalent sales last year. The catalogs were decidedly thin by comparison with those of 2008 and some pictures were reported to have been consigned for sale by people who bought them on extended credit during the boom but who subsequently were unable to pay.

One glimmer of optimism at the recent sales was provided by overseas buyers willing to take advantage of the relative weakness of sterling. This appears to have been a factor motivating a Japanese buyer to part with £13.2 million for the week’s top lot – Degas’s celebrated sculpture Petite Danseuse de Quatorze Ans (above). Bought by millionaire British collector John Madekski just five years ago for £5 million, the £8 million upswing endorsed what has long been a truism of the art and antiques market – that provenance, quality and rarity remain the most reliable benchmarks of a sound investment.

The new prominence of Russian, Chinese, Indian and Middle Eastern buyers referred to in the report mentioned above might have been welcomed by exhibitors at the forthcoming TEFAF fair in Maastricht had the recession not bitten so deep. Many dealers interviewed for the foundation’s report prior to the downturn commented on a noticeable shift in the dominant buyers in their sectors: “In the past they dealt with a smaller group of more traditional collectors with a high degree of connoisseurship, whereas they now [i.e. in 2007-08] also interact with a new generation of ‘global shoppers’ with a lot of money, not as much specialist knowledge and with different motivations for buying art, including investment, prestige, fashion and nationalism.” 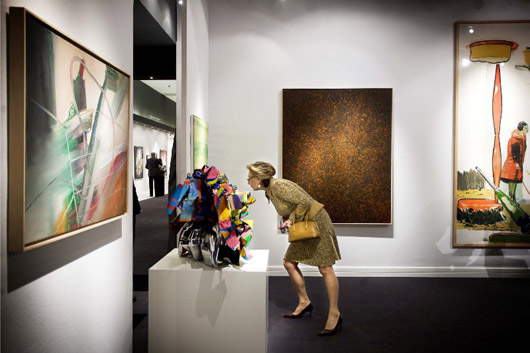 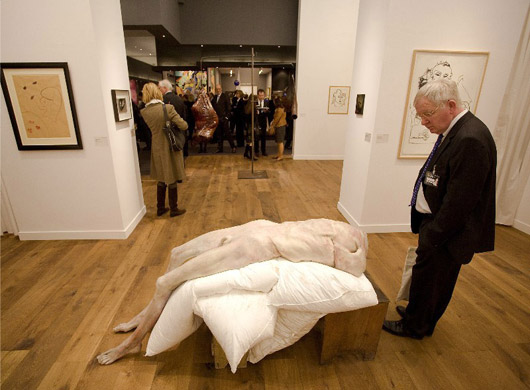 That same species of fashion-driven ‘global shoppers’ was subsequently held largely responsible for driving the contemporary art market to the giddy heights from which it is now plummeting. The Modern and Contemporary art section was first introduced to TEFAF in 1991 and has been a resounding success during the boom years. 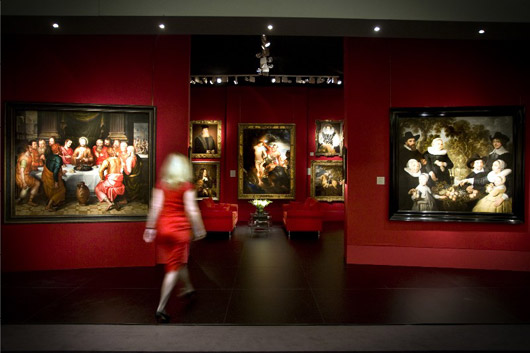 Old Masters paintings have traditionally been one of the strongest sectors of the annual Maastricht fair. Image courtesy TEFAF. Photo Loraine Bodewes.

However, contemporary art has suffered more than any other art market category as a result of the credit crunch. “While the new buyers pushed up prices in some parts of the market, notably contemporary art,” the report says, “their effect on other sectors appears to have been more limited.” That will come as good news to Old Master dealers showing in Maastricht in March (above). 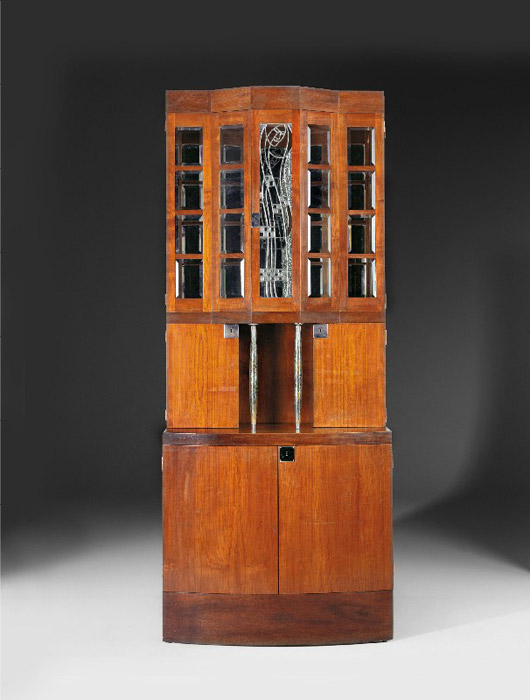 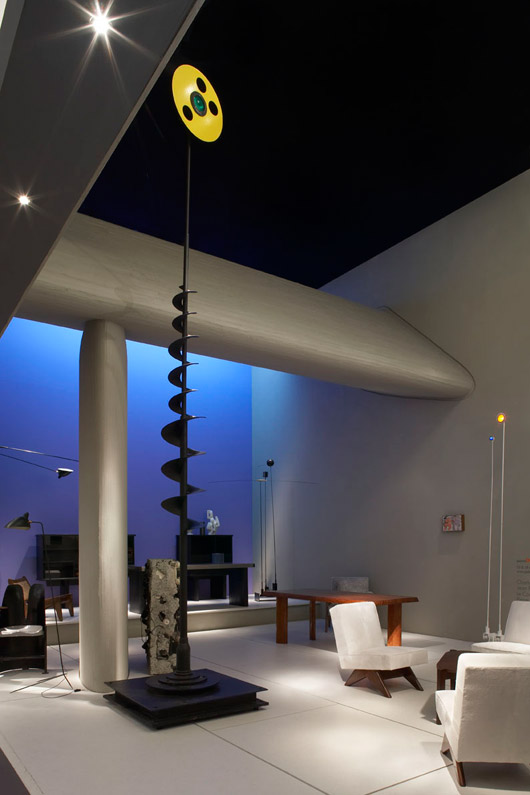 A selection of objects by Takis, Pierre Jeanneret, Charlotte Perriand, Jean Prouvé and Serge Mouille, will be offered by François Laffanour of Galerie Downtown, Paris, at TEFAF in Maastricht in March. Image courtesy TEFAF.

This year’s TEFAF – the 22nd edition of the fair – hosts 240 dealers from 15 countries, the largest number of dealers ever participating, plus a new section devoted to 20th century and contemporary design. Ben Janssens, the London-based dealer in Oriental art, who is chairman of TEFAF’s executive committee, said: “If we identify certain trends in the market then we should try and go with them and 20th century and contemporary design is an area where we need to strengthen the fair.” 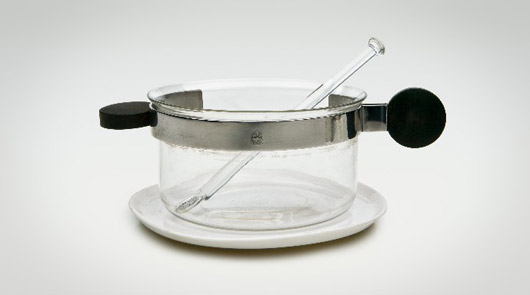 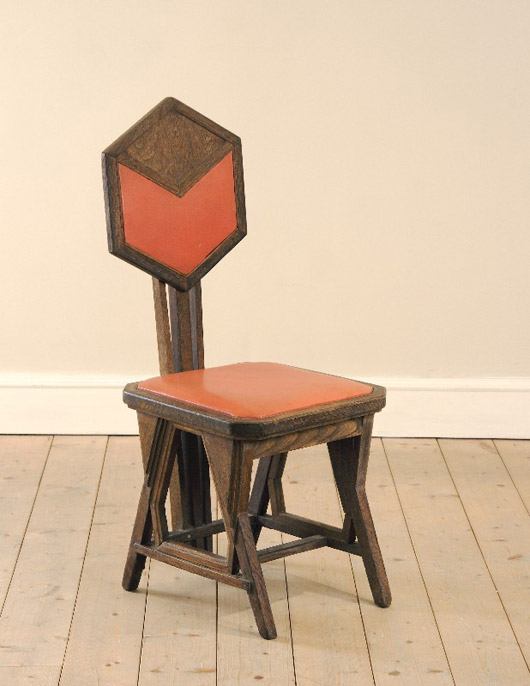 It will be interesting to see whether the Contemporary Design section at this year’s TEFAF bears out any of the research enshrined in the foundation’s market report, or whether, just weeks after its publication, it is already lamentably out of date.