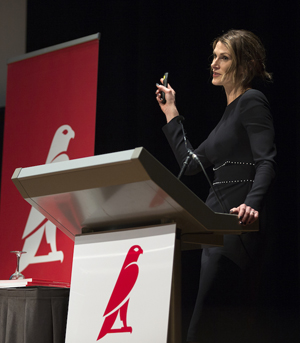 LONDON – Fine art fairs, contemporary art fairs, affordable art fairs, photography fairs, antiques fairs, decorative antiques and textiles fairs, works on paper fairs, craft fairs — fairs, fairs everywhere, in every major city all over the world, twenty-four-seven, it would seem. Given their ubiquity, it is a wonder that the dealers who attend these events aren’t flat on their backs suffering from some kind of neurological art-fair breakdown. Who knows, perhaps they are.

London and Hong Kong-based contemporary art dealer Ben Brown recently told the Daily Telegraph that in just a two-and-a-half-week period beginning in March he expects to travel 20,000 miles, “or almost the total circumference of the globe” to participate in three important international fairs in New York, Maastricht and Hong Kong. Brown estimates the cost of his Phileas Fogg-like perambulations will be close to £250,000, but told the Telegraph, “I wouldn’t be doing it if I thought I couldn’t cover my costs.”

One of the obligatory stop-offs for major dealers like Brown is the grand European Fine Art Fair (TEFAF) in Maastricht in the Netherlands, which opens to the public on March 13.

This is where the world’s most important dealers bring their finest stock, and where some of them expect to do up to 33 percent of their annual business during the 10 days of the fair. The world’s wealthiest collectors come to TEFAF to acquire; the most important museums come to keep tabs on what is on the market; and those who can’t afford to buy at these price levels come for the pleasure of looking, or to educate themselves, or merely to partake of the general welcoming ambience. 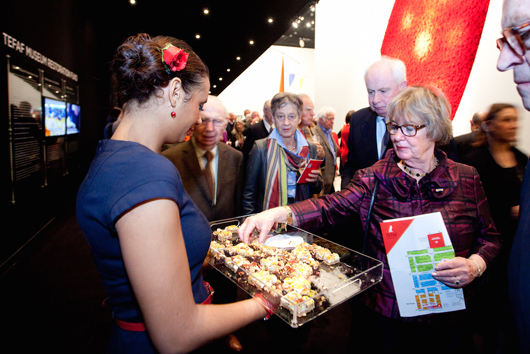 The Maastricht event is also important as the moment when the annual TEFAF Art Market Report is published by Dr. Clare McAndrew’s Arts Economics research company. 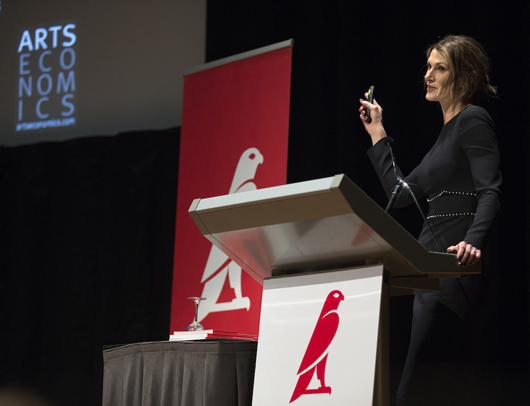 It will be interesting to see whether this year’s report will confirm that the market has finally climbed above its pre-2008 credit-crunch crash level of €48 million. However, given the rising number of art transactions that are conducted under a veil of secrecy and the traditional confidentiality of the international art trade, any market analysis probably needs to be taken with a healthy pinch of salt.

Only recently, another art market analysis company, Skate’s, gloomily announced that, “the heyday of art fairs seems to be over,” pointing out that 2014 was the first time when “the total attendance for the top 20 art fairs in established collectors markets declined on a year to year basis.” According to Skate’s art fairs report, the flagship global art fairs such as Art Basel Miami Beach, TEFAF and Paris Photo, “all posted audience decline in 2014, particularly notable since those fairs serve largely different segments of global art trade.”

No doubt the dealers would scoff at these Cassandra-like prognostications, knowing that attendance doesn’t matter; it is the number of high-profile buyers that counts. Most dealers will feel secure in the belief that if they take the right stock they will do well. London dealers Tomasso Brothers Fine Art will be seeking a buyer for their superb bronze equestrian portrait of Savoy’s Great Duke, Carlo Emanuele I by the great Florentine sculptor and bronze caster Antonio Susini.

London dealers Tomasso Brothers Fine Art will be seeking a price ‘in the region of €1.5 million ($1.6 million)’ for this important bronze equestrian portrait of Carlo Emanuele I of Savoy by Antonio Susini, circa 1620, on their stand at the European Fine Art Fair in Maastricht from March 13-22.

Dating to circa 1620, the work is believed to have been commissioned to mark the marriage in 1619 of Duke Carlo Emanuele’s son and heir Vittorio Amadeo to Christine Marie, daughter of King Henry IV of France and Marie de Medici. That’s quite a provenance and its asking price “in the region of 1.5 million euros ($1.6 million)” reflects its historical importance.

Given the BBC’s recent exposé of the sheer scale of the antiquities looting in the war-ravaged Middle East, it is perhaps unsurprising that antiquities dealers are now under more forensic scrutiny than ever before. The material being removed from ancient sites is somehow finding its way, in wholesale quantities it seems, onto western markets, although little seems to be being done to control the flow.

London-based antiquities dealers Charles Ede Ltd. knows better than most how important it is to conduct comprehensive due diligence on the material they buy and sell, the firm’s managing director James Ede being one of those who has long lobbied for a more ethical industry. He believes the Roman period Egyptian portrait he is taking to Maastricht will be the oldest portrait at the fair. 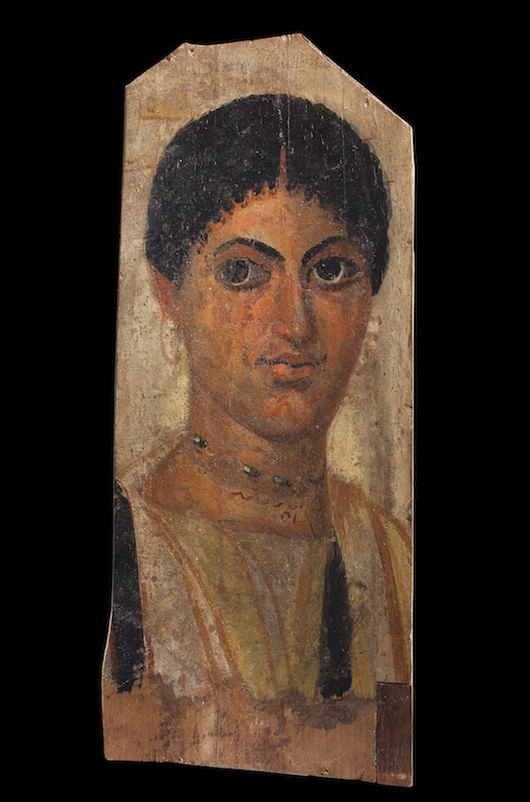 Excavated in the late 19th century and later included in a number of renowned European collections, this Roman period Egyptian portrait will be on show at the stand of Charles Ede Ltd. at the European Fine Art Fair in Maastricht. Image courtesy Charles Ede Ltd.

Perhaps unsurprisingly, it is offered with an exhaustive provenance from a number of illustrious European collections following its original excavation in Cairo in the late 19th century. The Ede stand at the strictly vetted TEFAF fair will be enlarged at this year’s event, suggesting that some of the more prestigious dealers clearly are having no difficulty sourcing material.

As we reported last month, there is now a new agency in London dedicated to issues of due diligence and art recovery. Art Recovery International, set up by London-based, American lawyer Christopher Marinello to offer a more ethical approach to the provision of due diligence that what is currently available, have just moved into smart premises in London’s fashionable Mayfair district. 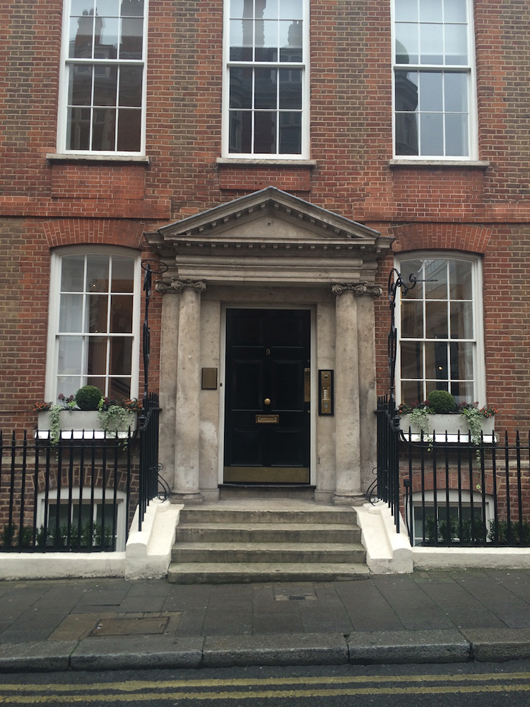 The firm is encouraging collectors and members of the art trade to drop into their Clifford Street offices to meet the team and learn more about how the company seeks to transform the business of art recovery. “We are delighted to take a place alongside some of the world’s most prestigious dealers and art institutions,” said Marinello. “Our company provides a valuable resource to the art market and we are committed to fostering excellent working relationships with our clients both in London and around the world.”

Not so very long ago, museums would not have deigned to even whisper the name of an art dealer, such were the strictly policed boundaries between the pure discipline of art history and what was widely perceived as a dubious art trade. But meaningful changes have taken place in academia in recent years such that more and more attention is now being focused on the socio-economics of art dealing and collecting. Nowhere will that change be more apparent than in the forthcoming exhibition at the National Gallery devoted to the work of the great 19th-century art dealer Paul Durand-Ruel. 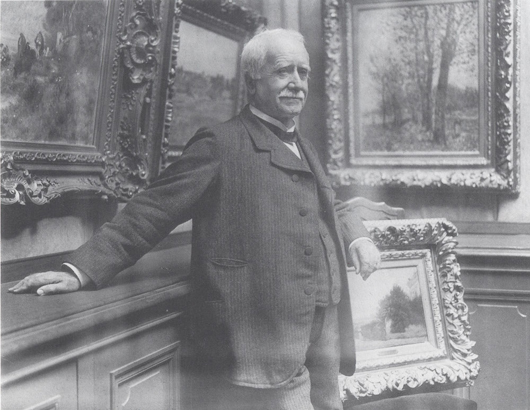 Nineteenth-century French art dealer Paul Durand-Ruel in his gallery, the subject of a new exhibition at London’s National Gallery from March 4 to May31. Photograph taken by Dornac, about 1910. Archives Durand-Ruel © Durand-Ruel & Cie.

Durand-Ruel is virtually unknown outside academic circles despite having virtually single-handedly championed the Impressionist painters when they were unknown and unappreciated. The National Gallery’s forthcoming exhibition, “Inventing Impressionism” from March 4 to May 31 seeks to throw light on the Parisian dealer’s contribution to the Impressionist story and will give a sense of the circle of painters and collectors who helped turn Impressionism into one of the most popular art movements of all time. 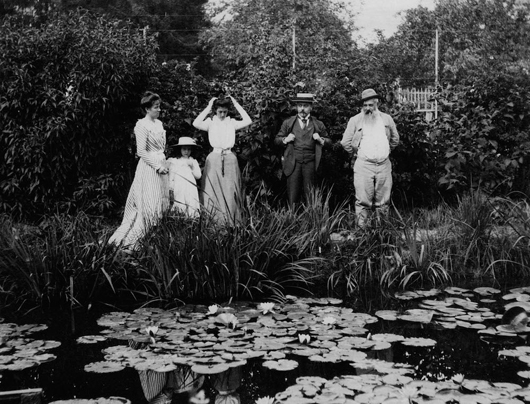 Durand-Ruel’s determination to spread the word in promoting the Impressionists led him to stage exhibitions in America and London, the exhibition at the Grafton Gallery in London in 1905 being one of the most notable, albeit not in sales. 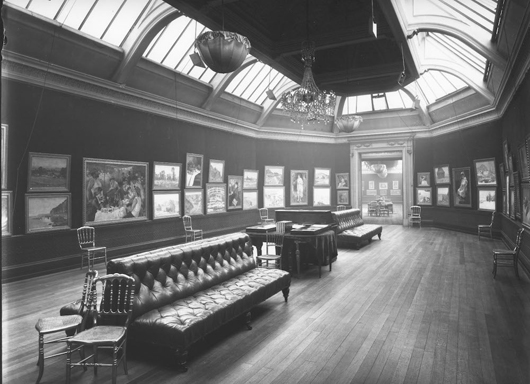 Many now famous Impressionist paintings on show for the first time at the Grafton Gallery, London in 1905. Silver gelatin print. Archives Durand-Ruel © Durand Ruel & Cie. To be shown at ‘Inventing Impressionism’ at the National Gallery from March 4 to May 31.

French painters in the Durand-Ruel circle included the earlier Barbican School artists and some of them painted memorable images on their visits to London, which compare with the iconic views of the Thames left by Monet, Pissarro and others. 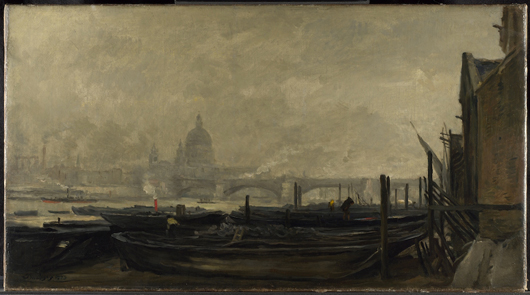 It will be interesting to see whether the National Gallery show genuinely does full credit to Durand-Ruel or is just an excuse for yet another turnstile-spinning Impressionist exhibition.

Finally, it is worth mentioning that one of the capital’s most intellectually engaging private gallery exhibitions has been extended until the end of March due to keen public interest. James Hyman Gallery is the UK’s leading commercial gallery for vintage 19th- and 20th-century photography and their most recent thematic exhibition, which features photographs from the earliest days of the medium, “The Age of Salt: Art, Science and Early Photography” will now continue until March 31. The show takes as its starting point one of William Henry Fox Talbot’s greatest works and one of the finest prints outside a museum. Titled “Veronica in Bloom” (1840), the rare print dates from the very moment in which the birth of the photographic medium was announced – a treat for fans of early photography.