LONDON – Back in 2007, the market witnessed one of those occasional anomalies that only the art world seems capable of throwing up. Surrey auctioneer Chris Ewbank was consigned a tranche of material that the late artist Francis Bacon had discarded during the 1970s. The trash — old check stubs, torn photographs, dismembered canvases and other detritus — had been rescued from a dumpster outside Bacon’s studio by Mac Robertson, an electrician who had occasionally done jobs for him. Where Bacon saw muck, Robertson saw brass. The ensuing sale at Ewbank’s Woking saleroom in April 2007 sparked a feeding frenzy among Bacon relic-hunters that quickly demolished a low estimate of £30,000 to bring a total of £965,490. Entering the orbit of a successful artist can occasionally reap handsome dividends.

Unbeknownst to Robertson, some 20 years before he made the acquaintance of the champagne-swilling Bacon, a similarly fortuitous and more meaningful encounter had taken place between another artist and artisan deep in the Sussex countryside.

One winter’s day in 1956, Ted Floate, a humble forester and carpenter, had been working with a friend in a woods near Midhurst, sawing and stripping chestnut saplings to make stakes. When the two men headed off for lunch, they left their fire smoldering in readiness for their return. A short distance away, the artist Ivon Hitchens (1893-1979) looked out of his studio window and saw the smoke rising. Fearing the possibility that the fire might catch and endanger his own land and cottage, Hitchens ventured out with a kettle to douse the embers. It was then that Floate reappeared. This might have sparked a hostile standoff, but instead the two men quickly hit it off and soon after became firm friends.

The most immediate product of that initial meeting was the painting Two Woodsmen, which Hitchens presented to Floate shortly after. But arguably the most touching and comprehensive testimony to the friendship that evolved between the two men is the legacy of 10 paintings, several drawings and a watercolor that Hitchens bestowed on Floate over the ensuing years and which are about to come to market.

‘Fen Dyke, No. 3,’ an oil painting by Modern British artist Ivon Hitchens, which will be on display in a selling exhibition at the Goldmark Gallery in Uppingham, Leicestershire for three weeks from March 15. Image courtesy Goldmark Gallery. 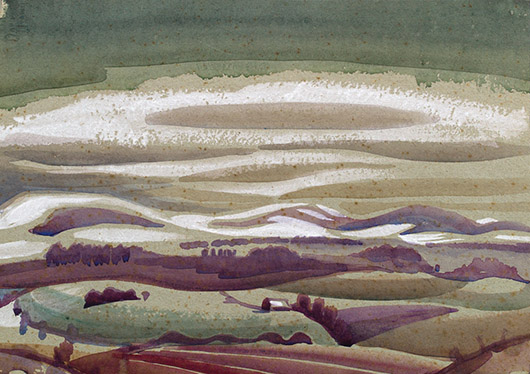 This untitled watercolor by Ivon Hitchens, presented to his friend Ted Floate, will be for sale with the Goldmark Gallery in Uppingham, Leicestershire from March 15. Image courtesy Goldmark Gallery.

Ivon Hitchens’ grandson, Simon Hitchens, a successful contemporary sculptor, told Auction Central News that while Floate was unquestionably a valuable assistant to his grandfather in stretching canvases and making frames, he was no mere “odd job man,” and sometimes even took an active role in the making of pictures. “Ted was the quintessence of the strong, masculine, country artisan type and much more than just a handyman and a woodsman. He was a fine carpenter and got to know Ivon’s working methods and techniques intimately over the years.” Furthermore, it seems that later in his life Hitchens even trusted Floate to take up the brush. “He would occasionally, under Ivan’s close supervision, apply paint to canvas,” says Simon Hitchens. “It was a most interesting and affectionate friendship.”

Floate, now 85, has consigned the paintings and drawings to the Goldmark Gallery in Uppingham, Leicestershire, where they will go on display in a selling exhibition for three weeks March 15. The collection is expected to realize around £1 million. 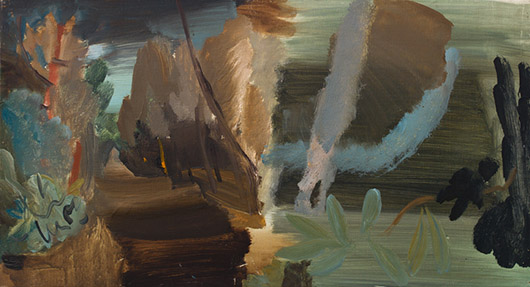 Hitchens’ work remains a stalwart market performer in the Modern British category. Good examples of his landscapes in oils regularly fetch five-figure sums, but fine, fresh-to-market examples can soar. His Mill and a Pool of 1960 fetched £242,500 ($390,910) at Christie’s in London last November, which augurs well for the Floate consignment. Of particular interest to collectors will be the drawings, some of which are wonderfully spontaneous figure studies of Floate and his family. Jay Goldmark of the Goldmark Gallery says, “We consider ourselves fortunate to be able to show works that were chosen specifically by Hitchens to be given to a close friend and are now coming to the market for the first time.” 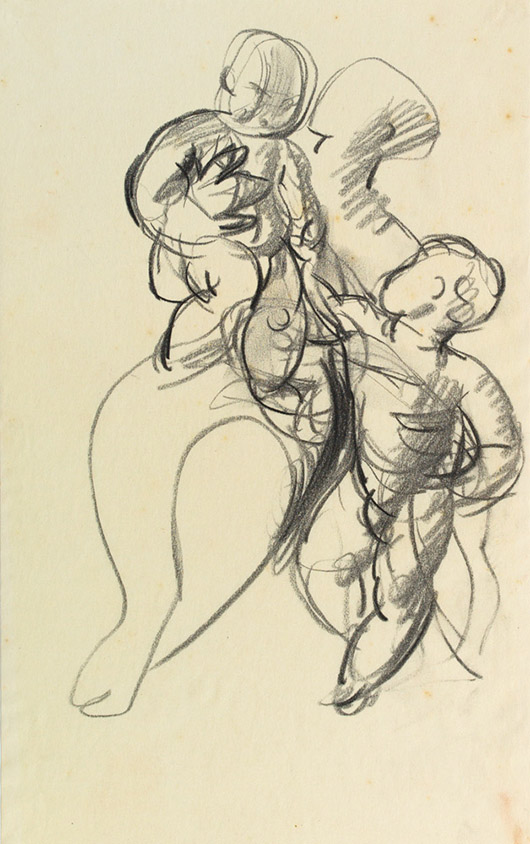 A drawing by Ivon Hitchens, a gift to his friend Ted Floate, which will be for sale from the Goldmark Gallery in Uppingham from March 15. Image courtesy Goldmark Gallery. 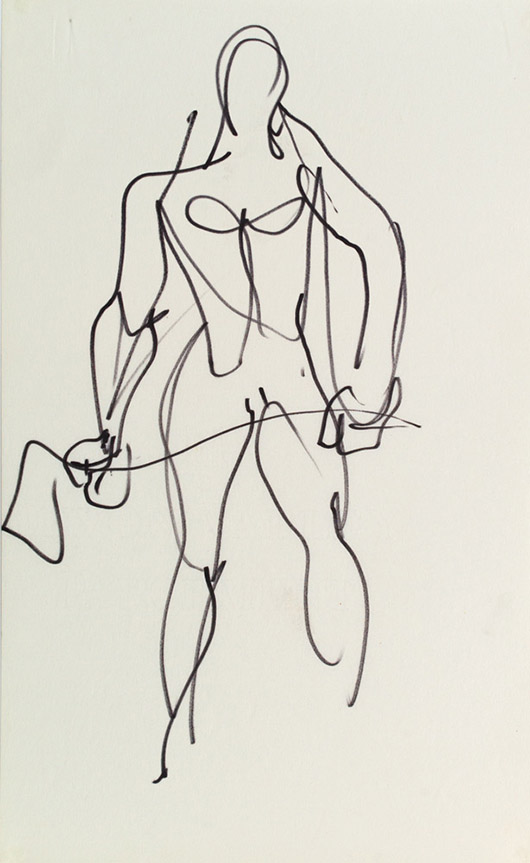 Hitchens was among the Modern British painters whose work was also in rich supply at the recent London Art Fair in Islington. This year’s event felt more spacious and better designed than previous years and on the day we visited there was plenty of activity in both the main hall and the adjacent special exhibitions. The fair was also lent a little added prestige by a special installation: “Barbara Hepworth and the development of British Modernism,” curated by Frances Guy, head of collection and exhibitions at the Hepworth gallery in Wakefield, Yorkshire. 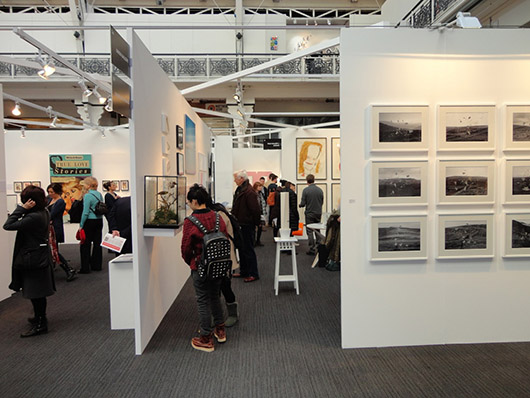 The stand of the Fold Gallery at the London Art Fair in Islington. This year’s fair saw record visitor numbers, with 30,694 people visiting over the five days. Image Auction Central News.

The organizers of the London Art Fair cite its visitor statistics (30,694 this year against the previous record of 25,020 in 2012) as evidence of its steadily growing popularity. But the number of bodies through the turnstiles (many of them arriving on complimentary tickets) does not necessarily make for a commercially successful fair. We hear much these days about the so-called “event-driven” marketplace and how fairs are usurping the traditional gallery format as the optimum way to do business. That may be true, but fair exhibitors continue to struggle with rising stand costs.

London interior design and decorative antiques dealer Josephine Ryan was among the happier traders we spoke to at the recent Decorative Antiques and Textile Fair in Battersea Park last week. She had sold an interesting and rare 19th-century judge’s chair for £5,000 ($8,250) on the opening day of the fair, but said things were still rather slow. 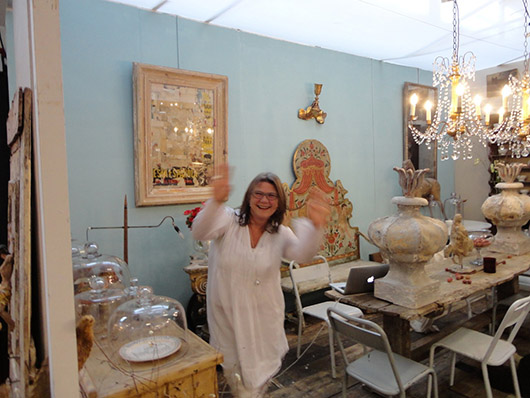 From a visitor perspective, the Decorative Antiques and Textiles Fair remains one of the capital’s most enjoyable events to attend, such is the wide variety of material on offer and the generally welcoming and helpful attitude of the exhibitors. It is not every day that one comes across whale bones from Greenland, but seven of them, decoratively displayed, were among the objects brought to the fair by Dutch dealer Gaby van Hagen who was asking £165 ($272) each or £1,000 ($1,650) for the set of seven. 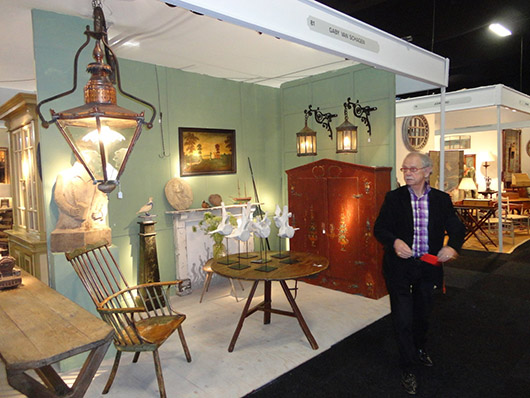 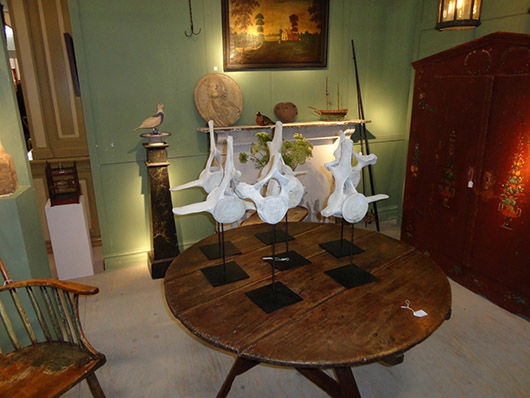 This set of seven whale bones from Greenland were for sale on the stand of Dutch dealer Gaby van Hagen at the Decorative Antiques and Textiles Fair in Battersea Park, priced at £165 ($272) each or £1,000 ($1,650) for the seven. Image Auction Central News.

With stand rentals at £340 ($560) per square meter and marketing at £145 ($240) plus VAT, (and electricity extra), some exhibitors don’t get much change from £6,000 ($9,900) for a stand. One would need a few significant sales to make a fair like this a viable venture. Brighton dealer Alex MacArthur was hoping to sell at least one of his 1925-mounted panther skeletons at £15,000 ($24,760). Enclosed in ebonized Victoria and Albert Museum display cases, they lent a striking ambience to his stand. 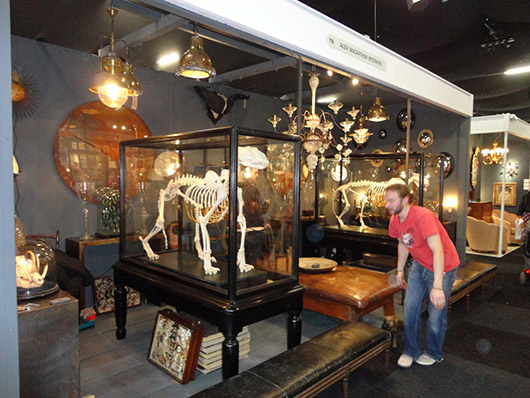 And so to a forthcoming fair that is certainly the most prestigious in the annual European fairs calendar. The European Fine Art Fair (TEFAF) in Maastricht remains the “must-attend” event for museum directors and collectors the world over for only here can one see at close quarters quite so many true museum-quality objects, all of which are for sale. Moreover, while exhibitors at TEFAF are there to do serious business (some claim to do a significant percentage of their annual turnover during the 10 days of the fair) most of them also seem to appreciate that not everyone can afford to buy at the top end of the market and so are happy to share their knowledge.

While aesthetic pleasure is a important aspect of the TEFAF experience, the question of authenticity is also central to the fair’s success and global prestige. One person who is acutely aware of the importance of authenticity is London specialist sculpture dealer Robert Bowman. 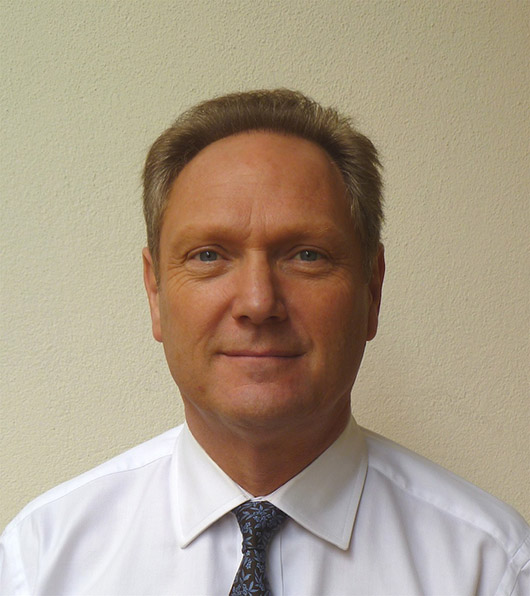 London specialist sculpture dealer Robert Bowman, who this year celebrates 20 years as chair of the sculpture-vetting committee at the European Fine Art Fair in Maastricht. Image courtesy of Robert Bowman.

This year Bowman celebrates 20 years as chair of TEFAF’s sculpture-vetting committee, which seeks to ensure that every object exhibited at the fair is exactly what it claims to be. Nowhere is this more critical than in the realm of bronzes and particularly the work of Auguste Rodin (1840-1917), which is among Bowman’s main areas of expertise. This year his gallery moves to the Modern section of the fair where he will be exhibiting a range of work by the great pioneering French sculptor. 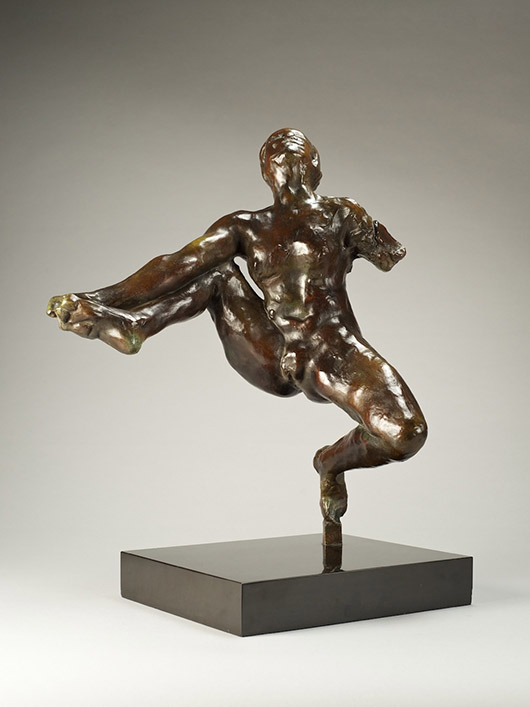 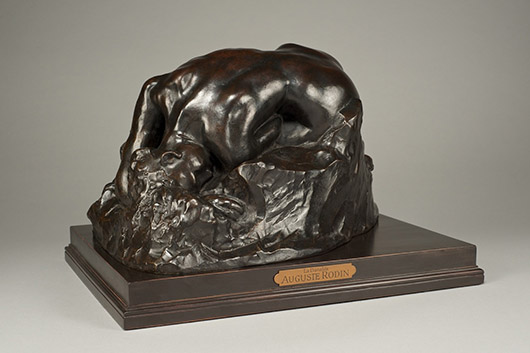 ‘The Choiseul Danaide,’ 1907, Auguste Rodin (1840-1917) Petit modèle, Version Type III. Inscribed ‘A.Rodin’ on the back of the naturalised base and stamped on the interior ‘A.Rodin.’ Conceived 1885, cast circa 1907. On the stand of London dealer Robert Bowman at the European Fine Art Fair in Maastricht. Image courtesy Robert Bowman.

The Bowman stand at Maastricht will offer a preview of the forthcoming Rodin exhibition at their London Duke Street gallery in May, which will showcase what the gallery describes as “the best Rodin works to have come on the market in recent years.” Bowman is among those dealers who are responding to the growing global trend toward seeing art principally as a blue-chip asset class in which to invest. International art, he says, is now “a universal currency.”

Finally, it is always encouraging to see the art trade taking an innovative approach to the web, particularly given the resistance expressed toward it in the early dot-com period of 2000. Fine period furniture dealer W.R. Harvey & Co. of Witney, Oxfordshire has launched a new website that allows visitors to see the objects in period room settings on a slide-show, which can be paused for deeper investigation into the details of each piece. 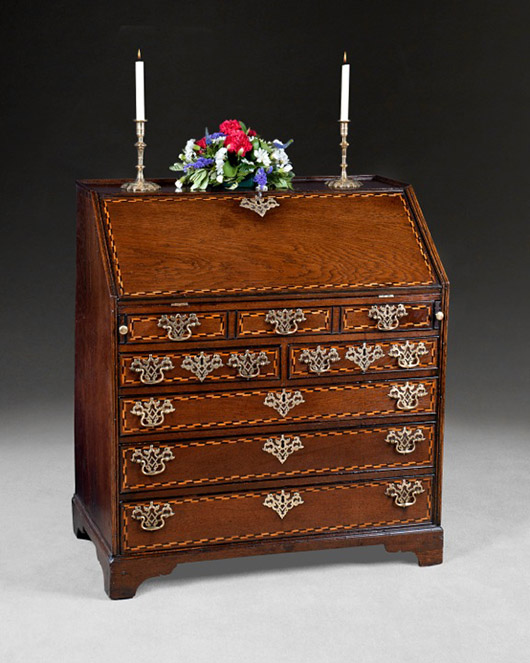 “We have tried as far as possible to eliminate the time-wasting clicks and page-scrolling that often irritate viewers,” said director David Harvey. “Now buyers can purchase online with confidence using Sage Pay and the website also features a selection of fresh stock that has been waiting for the launch.” Visit their website at their new dotcom address — www.wrharvey.com.

Vermeer’s ‘Girl with a Pearl Earring’ eagerly awaited in ...
Scroll to top