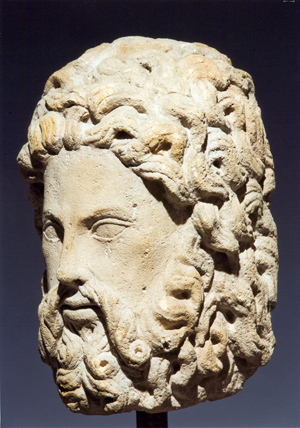 Fig. 7 – At the Florence Fair in September, Galleria Nella Longari of Milan will show this Head of Apostle, circa 1220, in calcareous sandstone, attributed to a Parisian sculptor.

“A horrible surprise,” was how Grosvenor House Art & Antiques Fair director Alison Vaissiere (Fig. 1) described the shock decision by the J.W. Marriott Hotels Group to call a halt to the Grosvenor House Fair after 75 successful years at the prestigious Park Lane venue in London.

This year the fair celebrated its Diamond Jubilee. Visitors and exhibitors at the June event were in party mood, confidently expecting the fair to emerge from the recessionary doldrums and return to prosperity. However, the day after the fair closed, the J.W.Marriott Hotels Group, which owns the Grosvenor House Hotel in whose Great Room the fair is held – announced that the event was no longer sufficiently financially viable.

“None of us had any inkling of their intentions,” Ms Vaissiere told Auction Central News. “The fair ended on Wednesday 17th June, and I was told by the hotel’s general manager on Thursday the 18th that it was to close for good. Not even the British Antique Dealers’ Association (BADA), the co-organisers of the event, were aware that the decision had been taken to call a halt.”

Ms. Vaissiere, who has been working for the Grosvenor House Art & Antiques Fair for 27 years, 17 of them as the fair’s director, was putting a brave face on it. “I can understand the Marriott’s position,” she said. “The fair still makes a significant profit, but it’s not as financially viable as it could be. The Great Room at the Grosvenor House Hotel is Europe’s largest ballroom, so it’s in huge demand. They can make more from balls and banquets.” The fair has also seen competition from the Sea Fair floating art fairs super-yacht that plies the swanky resorts of the eastern seaboard, taking blue-chip art and antiques to high-net-worth individuals. 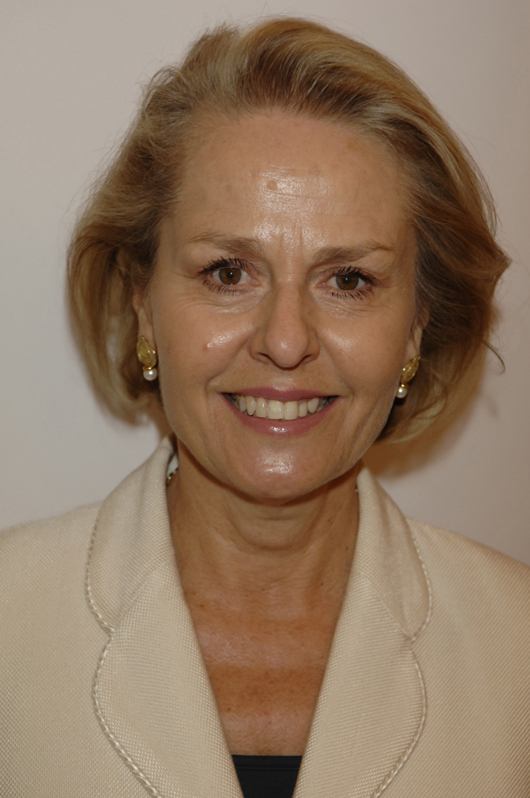 As Ms. Vaissiere takes off for a much-needed European holiday, new job offers have already started to arrive on her doormat. One opportunity might be as the director of ‘Masterpiece 2010’ – the dealer-run replacement for the Grosvenor House Fair that is already being planned by a group of five prominent London dealers, including Mallett, Ronald Phillips and Apter-Frederick.

This dealer-run approach follows the model established by The European Fine Art Fair (TEFAF) in Maastricht, which was founded in 1975 by a consortium of European Old Master dealers who recognized the need for a prestigious, trade-orientated international event. That fair went on to become one of the most important dates in the international art world calendar.

In terms of a replacement for Grosvenor House, the Masterpiece 2010 initiative may not be the only kid on the block. David Lester, the Florida-based fairs impresario and owner of the Sea Fair floating art fair concept, is currently seeking a controlling interest in the semiannual Olympia Fine Art & Antiques Fair, which has also struggled over recent years. Lester believes he can revive it. “I can take Olympia to reach new heights when positioned as a Maastricht-type event,” he recently told The Art Newspaper. “Our overall goal is to include a New York event as well.”

The question is, can London sustain two major TEFAF-style art and antiques fairs? Harry Apter, a director of London antique furniture dealers Apter-Frederick, is one of the consortium of London dealers who are planning Masterpiece 2010. “Speaking with my Apter Frederick hat on, I’d say no, London cannot sustain two fairs of that nature,” he told Auction Central News. “But I doubt that Olympia can get a sufficiently wealthy clientele to satisfy the number of dealers who sell the best quality material. However, speaking with my Masterpiece 2010 hat on, there is no question that London must be put back at the centre of the world stage as the best place to buy the best of everything. London needs a prestigious international fair.”

Apter and his fellow Masterpiece 2010 organisers say they have known for a long time that the writing was on the wall for Grosvenor House and that while they didn’t expect it to close this year, they had begun planning an alternative 18 months ago. Convinced they now have the right formula for success, the group recently circulated a leaflet outlining their aspirations for a fair that will embrace a broader range of objects to include cars, wine, and other luxury goods. Slated for June 2010, a venue has yet to be finalized, although the planning committee has not discounted a temporary structure along the lines of the kind of building that accommodates the annual Frieze contemporary art fair in Regents Park in October.

But is the timing right to launch an ambitious new fair? Harry Apter is adamant that it is and points to the fact that Grosvenor House was launched in 1934 just as Britain was emerging from the Great Depression. But other signs suggest that the antiques trade is now in the doldrums. Indeed some market analysts have cast doubt on the future of Mallett, one of the main organisers of Masterpiece 2010. In its July newsletter, Skate Press, the art market ratings company, commented that, “So far, Mallett has survived, but we remain skeptical of its ability to continue independent operations and be able to remain self-financed/access new loans.” (source: www.skatepress.com – Investment Newsletter, July 2009) 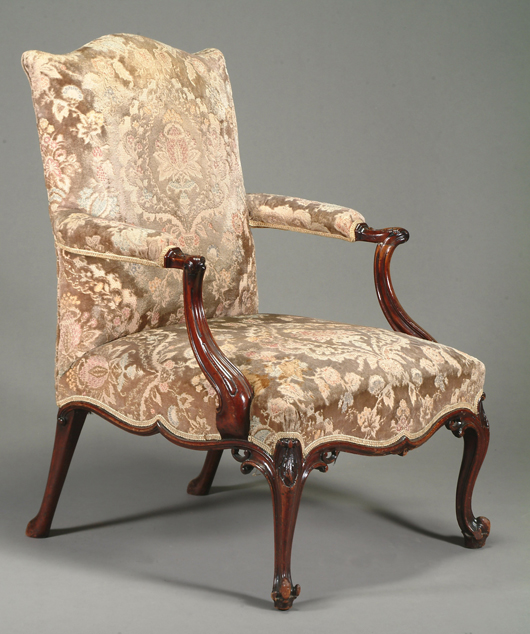 Elsewhere in the market, another significant development announced this week was the acquisition by The Art Loss Register (ALR) of Trace, one of the largest and most comprehensive stolen object databases in private hands. The Art Loss Register, whose shareholders include specialist art insurance companies and the major auction houses, is the world’s leading provider of due diligence services to the trade, collectors and auctioneers and is also one of the leading agencies in stolen art recovery.

The ALR has been trying to acquire Trace for many years in order to strengthen its ability to pre-check auction catalogues for stolen objects and to improve its due diligence services to the trade. Its acquisition of the Trace database from Trace’s most recent owners, MyThings.com, will make the Art Loss Register the obvious ‘one-stop shop’ for conducting provenance checks on both paintings, decorative arts and collectibles. 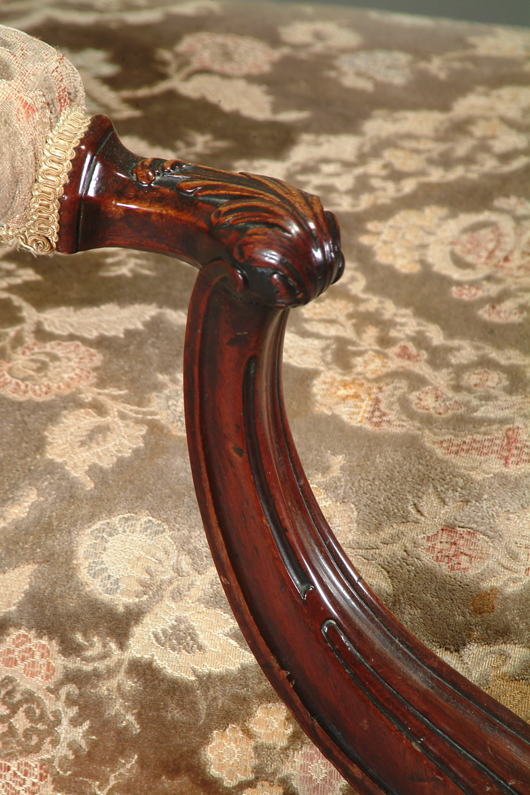 Fig. 3 – A detail of the carved armrest on the George III carved mahogany ‘Gainsborough’ armchair that topped Dreweatts’ July 15 sale.

“The art trade cannot be expected to search a multitude of databases with different content which do not provide an authoritative check on whether the item is stolen, missing or has some other defect to its title,” said Julian Radcliffe, chairman of Art Loss Register (Figs.3 & 4). “Likewise, victims of theft need to register in one location providing support to the police to assist them and increasing the chances of recovery. We look forward to developing our additional services in relation to fakes, pre-loss registration and searching for lower value items, particularly for auction houses.” 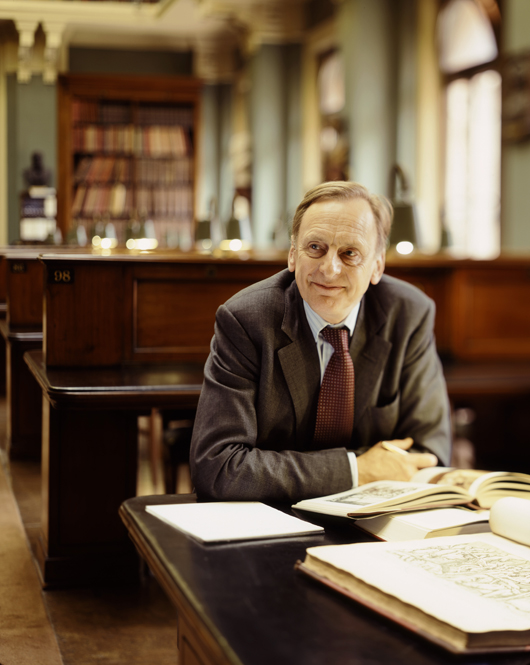 Returning for a moment to the fairs theme, an alluring European date for the diary is the Florence International Antiques Fair, to be held in the great Renaissance city from 26th September to 4th October. Like the Grosvenor House Fair, now of fond memory, the Florence fair is another event in which high quality works are exhibited in sumptuous surroundings, in this case in the elegant rooms of the Palazzo Corsini sull’Arno. 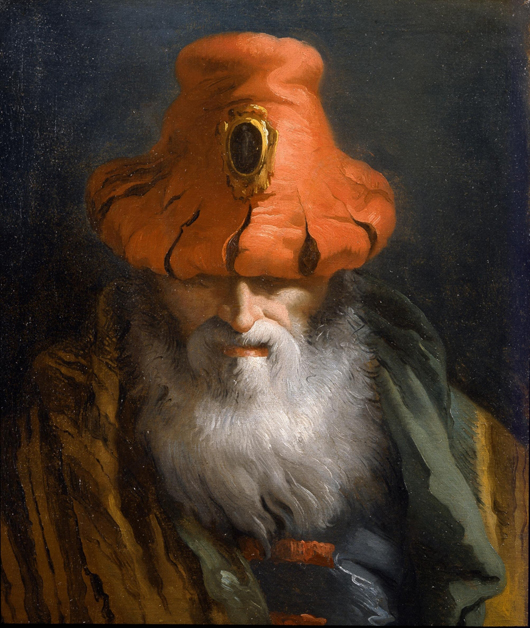 Fig. 5 – Adam Williams Fine Arts of New York will be showing this oil on canvas titled Head of a Philosopher by the 18th-century Venetian painter Giandomenico Tiepolo (1727-1804) at the Florence Fine Art Fair in September.

For this 26th edition – the fair’s 50th anniversary – 90 prestigious galleries (72 Italian and 18 foreign) will show their wares (Figs. 5,6,7). All objects exhibited at the fair will have been vetted for provenance by the now famous Carabinieri in charge of Italy’s artistic heritage. Italy is one of the most strictly regulated countries in terms of the protection of its material cultural with stringently applied export regulations and an ever more robust determination to seek the return of objects illicitly exported to overseas museums and collectors. 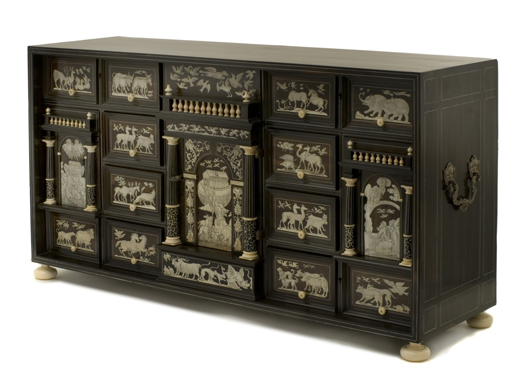 Fig. 6 – An early 17th-century chest, veneered in ebony and rosewood, inlaid with engraved ivory and appliquéd in silvered metal, which will be exhibited at the Florence Fair in September by Walter Padovani of Milan and Naples.

Exhibitors at the fair will be offered an advance opinion on the exportability of their inventory. Two committees, the first appointed by the Florence Exports Office, and the second by the Ministry for the Cultural Heritage, will examine the works submitted and, on the same day, will provide a definitive opinion on an object’s exportability. Unique to the Florence Biennale, this modus operandi has been consolidated and refined over the years in accordance with Italy’s muscular approach to the control of its cultural heritage.